Set post the events of Captain America: Civil War, Black Widow retells one of the stories of Black Widow during her hideout from the Government. An event that was supposed to see her under wraps soon turned her back to where she came from. As she was busy being the poster superhero of the world, Red Room, the ones who tortured and trained her. Well, it was still active and taking innocent girls in. The one she thought she finished during her quest in Budapest. As it came to haunt her back in Black Widow, so did a new enemy in the form of Taskmaster. A character whose identity remains under wraps for most of Marvel Comics. But in MCU, we quickly got closure on who it might be.

Taskmaster’s introduction in the Marvel Universe came out interesting. Especially for the non-comic fans who might have seen him do some of the unexpected feats from their favorite superhero. The movie opened up his scene with him watching Avengers fight in Civil War CCTV footage and analyzing their move set. Then throughout the film, with the hunting down Natasha with no word to say. But Taskmaster did have a story tell, and it is connected to a guilt Natasha has been carrying for years. So let’s find out what went down.

Who is the Taskmaster in Black Widow?

So this big revelation of the person behind the mask of Taskmaster turned out to be Dreykov’s daughter. Antonia Dreykov (played by Olga Kurylenko) is the Taskmaster in Black Widow. So How? Antonia Dreykov’s transition into the action mimicking supervillain comes from the time Black Widow took the first shot at the Red Room. Time to go to the events of the so-called Budapest mentioned by Clint Barton in Avengers: Age Of Ultron.

Black Widow, as a film, turned back the clock to tell us a guilt Natasha has been carrying for years. On their mission in Budapest, Natasha had teamed up with Clint Barton to put an end to the place that caused misery for her whole life. Taking down General Dreykov and the speculated Red Room once and for all. They had all the explosives lined up, and Barton was waiting for a signal from Natasha. That’s when she observed the innocent little girl of Dreykov as in Antonia in the building along with him. But instead of calling the mission off, she decided to signal Barton and let Antonia be the part of it as collateral damage.

The guilt Natasha was carrying got worse when she realized somehow Dreykov has survived. But what about his daughter? This led the Black Widow and her team to Red Room, with Natasha finally coming across Dreykov after a long time. She confessed her guilt amidst their conversation. That’s when Dreykov decided to reveal to her the identity of Taskmaster.

Also read: Marvel’s Black Widow: All You Need To Know

Dreykov revealed that his daughter slightly managed to survive the blast. Her face obviously was half-burned. So to save her, he put a chip on her back and escaped the place in time. Apart from that, he also mentioned her skills of mimicking almost any individual on the planet. Including every Avengers combat fighter. Thus making her the Taskmaster we know today. To get more insights, you may rewatch Black Widow on Disney+ Premier Access again.


Taskmaster in the Marvel Comics

Taskmaster as a supervillain was created by writer-artist George Pérez and writer David Michelinie. The character debuted at the end of Avengers issue #195. In Black Widow’s movie, the skillset and traits of Taskmaster completely resonate with the version of the character in the comics. Except for some differences in the suit. Marvel brought a more modernized version of it. The only difference that may come is of identity. For most of the part in the comics, Taskmaster’s identity was always under the wraps until we finally had some closure. Plus, the origin story is also very much different than the one told in Black Widow. 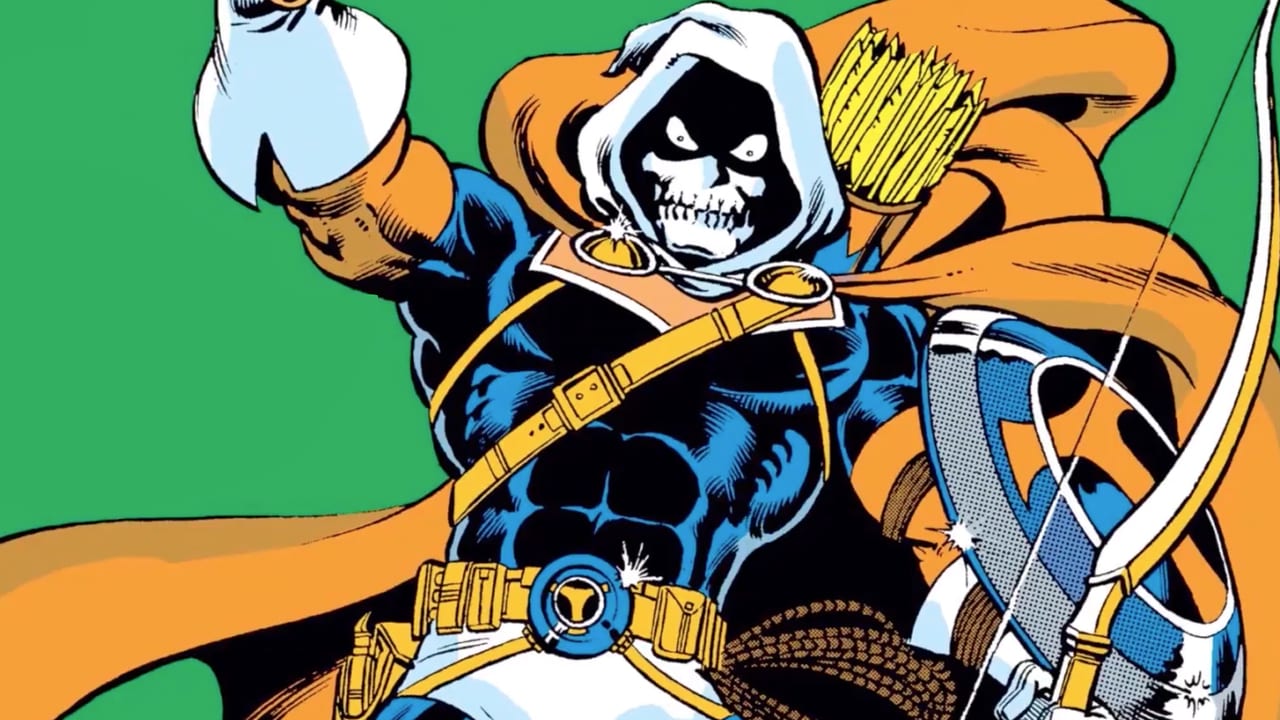 Taskmaster Originally In The Marvel Comics

In the comics, we know that The Taskmaster was born as a man named Anthony “Tony” Masters. Hence an homage in the name Antonia in Black Widow. According to comics, he grew up in the Bronx in New York City. At an early age, he started realizing his mimicking skills by trying to copy a cowboy on Television. But instead of going all superhero, growing up, he realized how he could benefit from being a supervillain. Thus soon after his debut, he became one of the major threats to the Avengers.