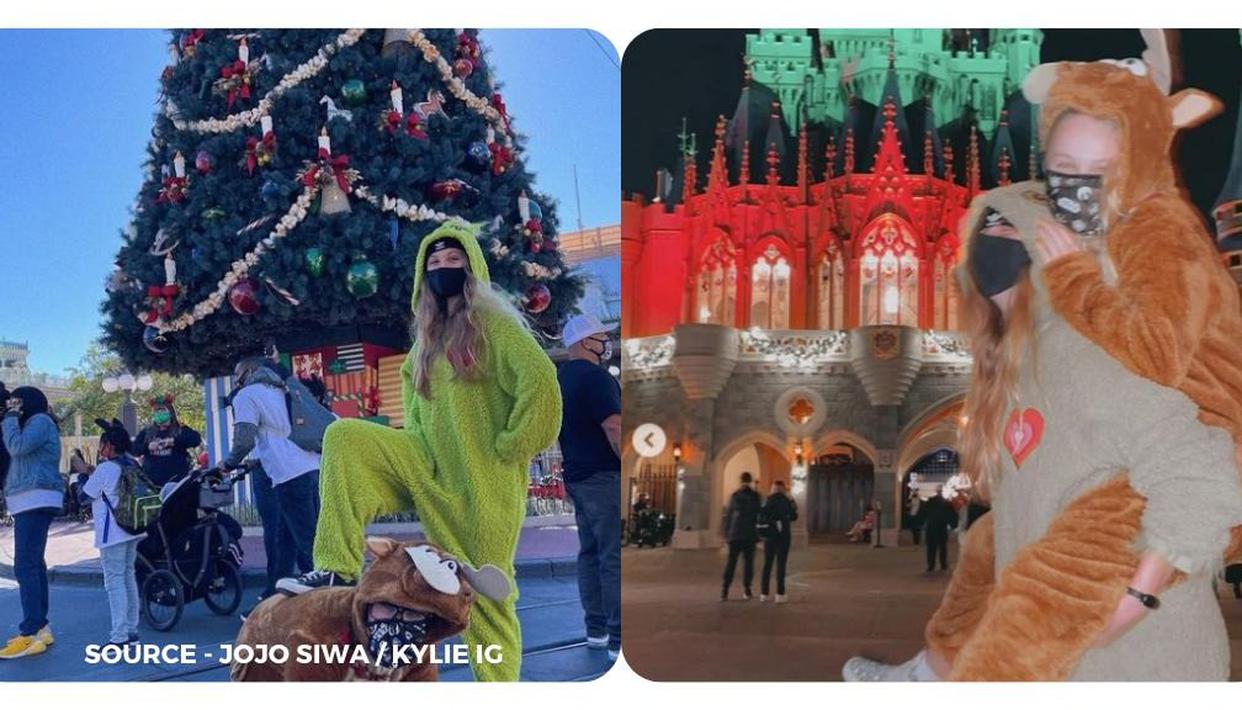 JoJo Siwa and her girlfriend, Kylie.

Internet celebs and YouTubers have a separate fanbase. They are no less than the Hollywood stars. And so, the fans love to gossip about them as well. Who is dating who, who earned a role in the new movie and whatnot? Currently, the fans are eager to know about Dancer, singer, and YouTuber- JoJo Siwa. The main question is who JoJo Siwa is dating? Well, don’t worry! We are here to clear all your confusion and worries.

JoJo Siwa, born Joelle Joanie Siwa, is an American personality. She is a dancer, actress, singer, youtube, and also an internet personality. The 17-year-old previously appeared in two seasons of Dance Moms along with her mother, Jessalynn Siwa. JoJo is widely known for posting her daily life vlogs on Youtube and other social media. Moreover, she has also released two singles, ‘Kid in a Candy Store’ and ‘Boomerang.’ JoJo has also participated in few movies and TV shows. Blurt, The masked Singer, The Substitute, The Angry Birds Movie 2, Keeping up with Kardashians, and many more are a part of her credit list.

The young star was also mentioned in the annual list of Time’s 100 most influential people in the world in 2020. JoJo is moving to great heights in her life. But, recently, she was in the news due to her dating life. Earlier, in February, JoJo announced that she is a part of the LGBTQ community. Moreover, she introduced the world to her girlfriend, Kylie. 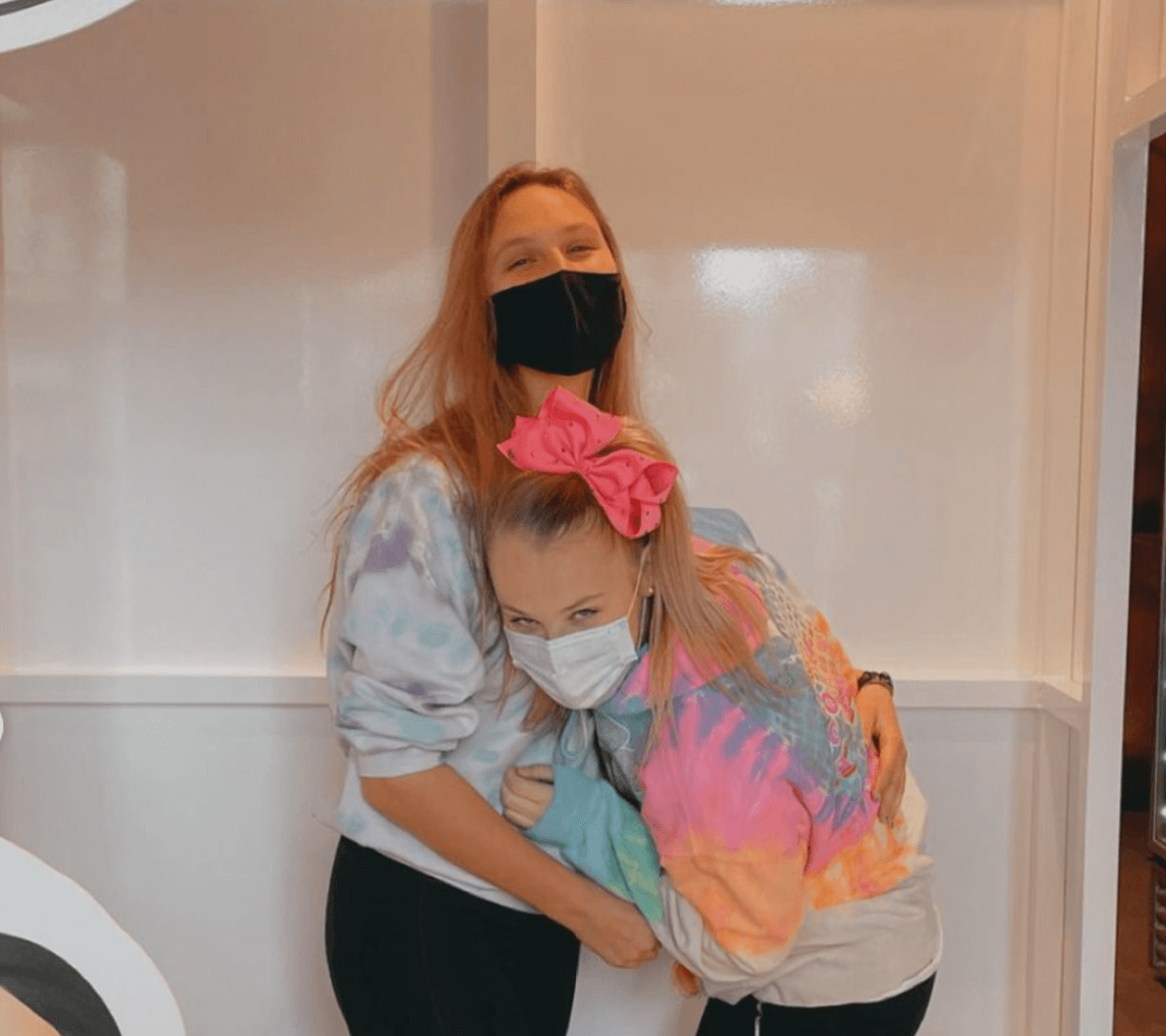 JoJo Siwa and her girlfriend, Kylie.

Who Is JoJo Siwa Currently Dating?

According to sources and JoJo herself, she is dating her ex-BFF and now lover, Kylie. Although we do not have enough information on Kylie’s personal and past background, we definitely have a lot to share about her relationship with JoJo.

Apparently, Kylie was JoJo’s best friend for a year before they started going out. The two sweethearts begin dating in January 2021. JoJo revealed her girlfriend to the world after a month of dating in February 2021.

She wrote the most beautiful and heartwarming caption on their one-month anniversary. In her IG post, she wrote, “She seriously is the most loving, supportive, happiest, protective, and just the most beautiful perfect person in the world,” JoJo wrote in her post. “And I get to call her mine!” How are you all single feeling right now?

Kylie replied to JoJo with an equally sweet post. She posted a video and asked people to fall in love with their best friend, as it is the best feeling in the world. She also appreciated the one month with her favorite human. And, it looks like she calls her ‘Sharky’ with love. 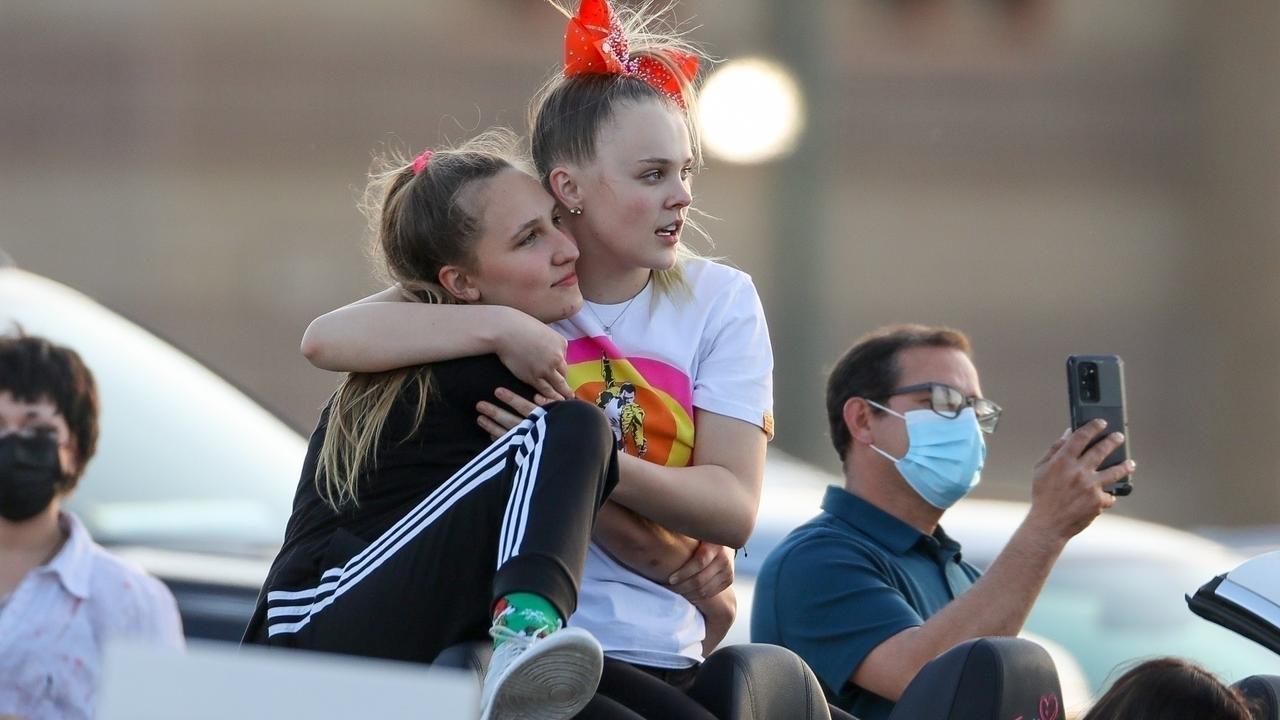 JoJo Siwa and Kylie clicked recently in the city.

Ever since announcing their relationship, the pair have frequently shared their moments together via social media. The duo also shared their pictures from thier trip to Disneyland. The two look very happy together, and we are sure that we will be receiving such posts for a long time.

Apart from everything, we also got to know that Kylie was the one who asked JoJo out. In a new TikTok video, JoJo revealed that her girlfriend was the one to ask her out on a date. And since then, every moment has been magical.

Siwa got into a relationship with TikTok star Mark Bontempo in August 2020. Unfortunately, the two broke up in November 2020. And three months later, JoJo began dating Kylie, and we expect her to stick around for a while in her life. Always indulged in her work, she stays away from scandals, unlike kids of her age. Also, JoJo has never been into the news for relationships and hooking up stories.

Talking about her sexuality, JoJo said that technically she is Pansexual because of how she has lived her whole life. According to her, “My Human is My Human.” At the same time, she also mentioned how she often uses the terms ‘Queer’ and ‘gay.’

Watch her hit song Hold The Drama down below: