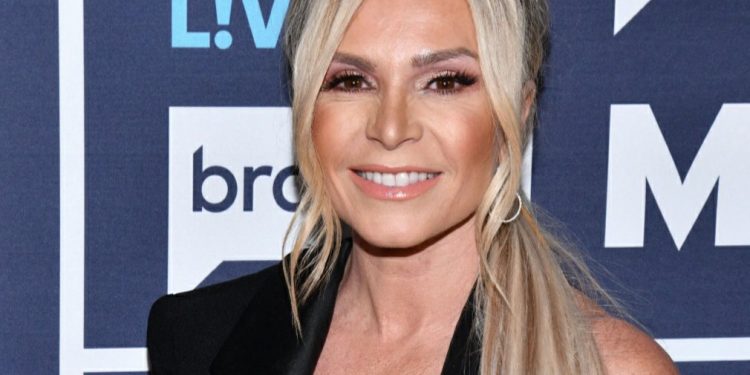 Who is Tamra Judge Dating? What do we know about what’s going on in her love life? In case you don’t know who she is, originally known as Tamra Sue Waddle is an actress and television personality. She gained fame with her appearance in the reality show The Real Housewives of Orange County. While shooting for this same show, she met the love of her life. However, during that time, Tamra was already married. After waiting for eight months together, she started dating him.

Besides The Real Housewives of Orange County, Tamra also starred in the 2020’s film Erasing Family. Before that, she also made an appearance in the music video Fibre One: Work Done, released in 2019. She is also an entrepreneur. Being one of her fans, you will be happy to know that Tamra Judge is not just dating but is married to her lover. It’s been right long years they are together. With this, you must be curious to know Who is Tamra Judge Dating? If you want to know everything in detail, here it is.

Who is Tamra Judge Dating?

Fans aren’t just keen to know who Tamra Judge is dating at present but is also curious to know details about their relationship. Tamra Judge is currently romantically involved with Eddie Judge. Little did you know, Eddie Judge is an American businessman and producer. He gained fame for Tamra’s OC Wedding (2013), Hollywood Medium (2016). This beautiful couple tied the knot on 15 June 2013.

It’s been a long time, Tamra and Eddie are together. When asked about their relationship, both of them confessed that it was love at first sight. It was their mutual friend who hooked them up. In an interview, Tamra Judge stated that it was stars, fireworks, and all other cliche things. At the time they met, Tamra was already married. That took them eight months to stay apart. After waiting for so many months, they decided to go out on a date.

When asked about their first date, Eddie confessed that he wanted to take her to a little, small and quiet town, Lo Jolla. He planned so that it would allow them to get to know one another. Initially, he felt very nervous about Tamra being a celebrity like him. So, he wanted to spend some time at such a place where fans would not butt into it. However, later he confessed that their first date was not that good as expected.

At present, with Eddie Judge, Tamra is busy managing a couple of companies- CUT Fitness and Vena. The former one is O.C Fitness Studio, while the latter one is CBD brand. Though they are together busy in their business, they can’t get enough of each other. That’s how close and deeply love with one other.

Also read: Who Is Alexa Demie’s Partner? Who Is The American Actress Dating?

Besides knowing her love interest, people have shown immense interest in Tamra Judge’s details. Let’s have a look without making a delay!

How Old She Is? Height & Family

Tamra Sue Waddle, who is now known as Tamra Judge, after marriage, was born on 2 September 1967. That makes her 54 years old as in January 2022. She was born in Glendale, California, United States. As far as her height is concerned, Tamra Judge is 1.61 meters tall. Nothing much about her parents are known. However, she has a sibling, whose name is Kenny Barney.

Moving on with the previous relationships, Tamra Judge to date, has married thrice. Before marrying Eddie Judge, she had two other marriage relationships. They are Darren Vieth (1985-1990) and Simon Barney (1998-2011). With the former one, she gave birth to a child whom they named Ryan Vieth. And, with the latter one, she has three children- Sidney Barney, Sophia Barney, and Spencer Barney. Nothing more about what caused their divorces are known.

However, now it seems good to see Tamra Judge living happily with the love of her life. Wishing her good luck for the rest of her career days.

Also read: Who Is Vanessa Kirby Dating? Everything To Know About Her Personal Life