Who Is Soleil Moon Frye Dating? The Punky Brewster Star Has A New Man In Her Life!

The Punky Brewster Talks About Her Teen Crush, Divorce and Iconic Television character! 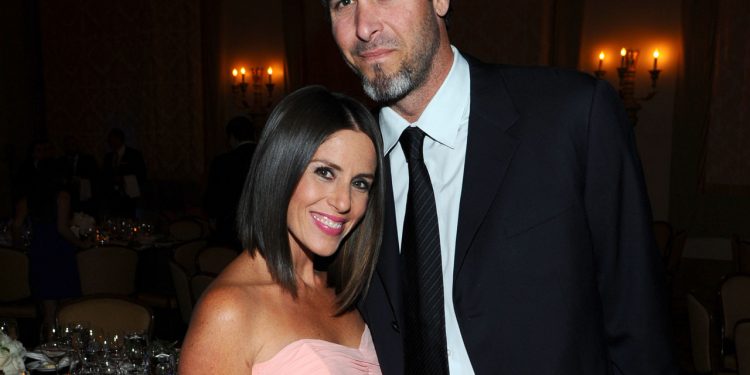 Want to know who is Punky Brewster star Soleil Moon Frye Dating? Soleil Moon Frye became a household name as Penelope “Punky” Brewster in the hit NBC sitcom Punky Brewster. Her fame increased overnight as the adorable little Punky. While the show was canceled a while later, it was renewed later and went on for two more years. Fans got to go back in time after Frye reposed her signature role in the 2021 reboot of the NBC sitcom. The actress earlier starred in Sabrina The Teenage Witch and stayed till the show ended in 2003.

She also lent her voice in the animated series titled it is Punky Brewster. The actress made some big revelation in the newly released documentary Kid 90 that is exclusively streaming on HULU. From going under the knife to being involved with a popular actor, Soleil is not holding back in the Hulu documentary. The actress recently sparked dating rumors with a mystery man, and now we know who he is! Let us take a look at all the details and lesser-known facts about who is Soleil Moon Frye Dating.

Who Is Soleil Moon Frye Dating?

Soleil Moon Frye is reportedly dating Crazy Town star Seth Binzer.  It seems like the Punky Brewster star has a new love interest in her life! Believe it or not but the two have known each other since the eighth grade! However, as per insiders, they have recently started a romantic relationship. The dating speculation comes to a while after the actress filed for divorce last year in 2020. The legal proceedings have already begun as the ex-couple will continue to co-parent their children.

Moreover, it has been reported that Seth is enjoying Soleil’s companionship and is excited about the future of the relationship. Frye also seemed to have made the relationship official as she celebrated Binzer’s 47th birthday. Fans got to see a picture of the duo looking cozy on a rooftop while overlooking the ocean.

Also Read: Who is Lucas Bravo Dating? Why Does The Actor Have A No Workplace Romance Policy?

Who Was Soleil Moon Frye Married To?

While Soleil got a second chance at love, she was earlier married to Jason Goldberg. The two shares children Poet Sienna Rose, Jagger Joseph Blue, sons Lyric Sonny Roads, and Story. The two announced their separation in 2020 after being married for 22 years. While they quietly parted ways with no messy aftermath drama, the rep issued a statement saying despite the split; the two will continue to make their four beautiful children their top priority while as they intend to move forward with nothing but love and compassion. Let us take a step back in while taking a look at these pictures from the iconic show, Punky Brewster. The reboot is finally here!

All this afternoon I been watching Punky Brewster really bringing back childhood and now being grown watching the new one is awesome…I still love @moonfrye and @cheriejohnson75 it’s so great seeing you 2 still killing it❤️🤞🏾 pic.twitter.com/yolHbmlifu

After being married for almost two decades, the reason for their split has not been confirmed yet. The actress has earlier opened up about her reel life character has inspired her real-life journey as well. Sometimes, she uses the popular catchphrase Punky Power and goes on with life.

Soleil Moon Frye became a household name as Punky Brewster. Her character in the hit 80s sitcom became a classic cult. Fans recently had a nostalgic moment’s Peacock launched the revival of the hit show. The newest documentary, Kid 90, explores Soleil’s journey to be an actress and make more important revelations in life. Viewers got an exclusive sneak peek as Frye revisited a journal entry back in 1994.

She talks about her blooming romance with actor Charlie Sheen. While the star made a romantic comparison of the actor with Carrie Bradshaw’s love interest Mr. Big, Soleil surely had a huge crush on the Two and A Half actor. For the Punky Brewster star, Charlie Sheen was her Mr. Big. The actress admits that Sheen excites and intrigues her. As Soleil described Sheen as kind and loving, she further revealed that they maintained a friendship for all these years. We also got to know about a particular voicemail from Mark Wahlberg, which young Frye was too nervous about returning.

Also Read: Who is Cherry Healey’s Boyfriend? Who is the 10 Years Younger in 10 Days Star Dating?