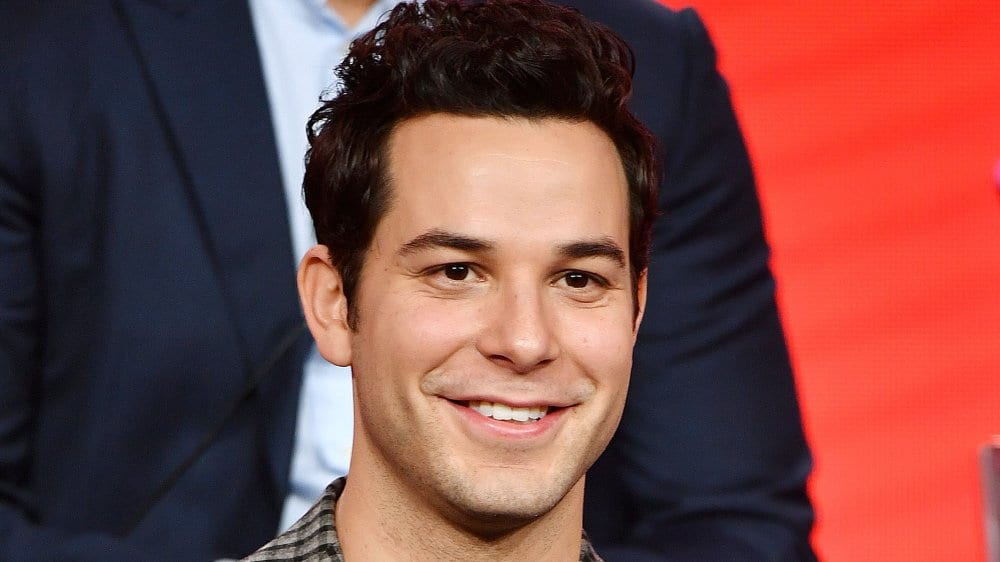 Skylar Astin, or legally, Skylar Astin Lipstein, is an American Actor, Singer, and Exceedingly Handsome. He is much better known as Jesse Swanson, the role he played in the musical films, Pitch Perfect (2012) and Pitch Perfect 2 (2015). He was born on September 23, 1987, and so he is 33 years old. Skylar’s father, Barry Lipstein used to be a garment industry executive. His mother’s name is Meryl Lipstein. He has two brothers, Jace and Milan, and a sister named Brielle.

He comes from a Jewish family. When he was 15, he already had his agent, and that also when he dropped his surname. He attended the Tisch School of Arts at New York University. He took a leave of absence when his casting for “Spring Awakening” was finalized. 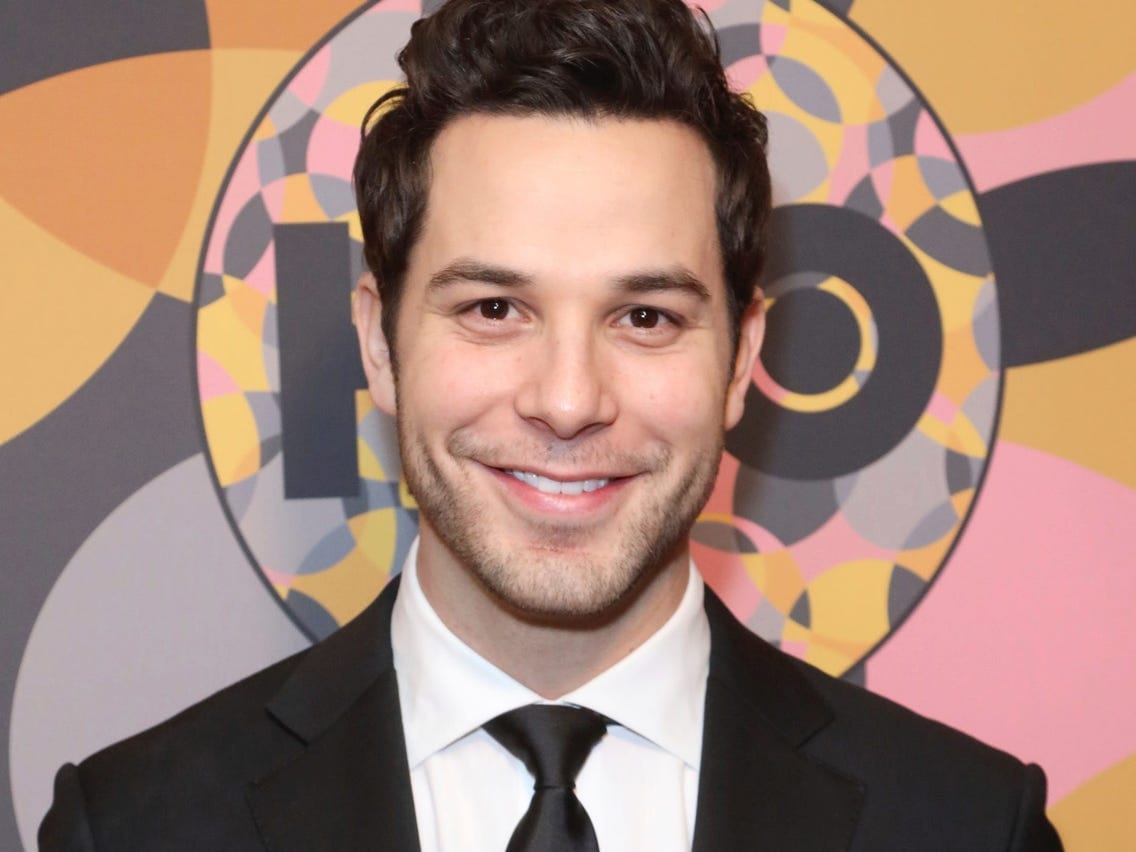 After his first casting, Skylar has been involved in a lot of other movies and theatres alike. Films he has starred in include: Hamlet 2, Taking Woodstock, Cavemen, and 21 & Over. His theatrical performances include: In Rent, he starred as Mark Cohen, Tony in West Side Story, Norman Mushari in God Bless You Mr. Rose water, What We Are Up as Weber, and Into the Woods as Baker.

Also Read: Sarah Silverman Net Worth: How Much Is The Famous Comedian Worth?

Skylar Astin landed on his first minor role in “Spring Awakening,” the rock musical which was inspired by the German play of the same name. He played the role of Georg Zirschnitz, a male student who was in love with his very beautiful piano teacher. Skylar became known for his belting in “Touch Me,” which he sang during the play. While he was still being cast in the play, he also acted in the movie Hamlet 2 in the year 2008. In Hamlet, he played the role of Rand Postin. “Raped in the Face” a song on the soundtrack of Hamlet 2, was sung by him along with fellow Spring Awakening castmate Pheobe Strole. The film was screened at the Sundance Film Festival of 2008. Soon enough, Skylar Astin was onboard the United Talent Agency. 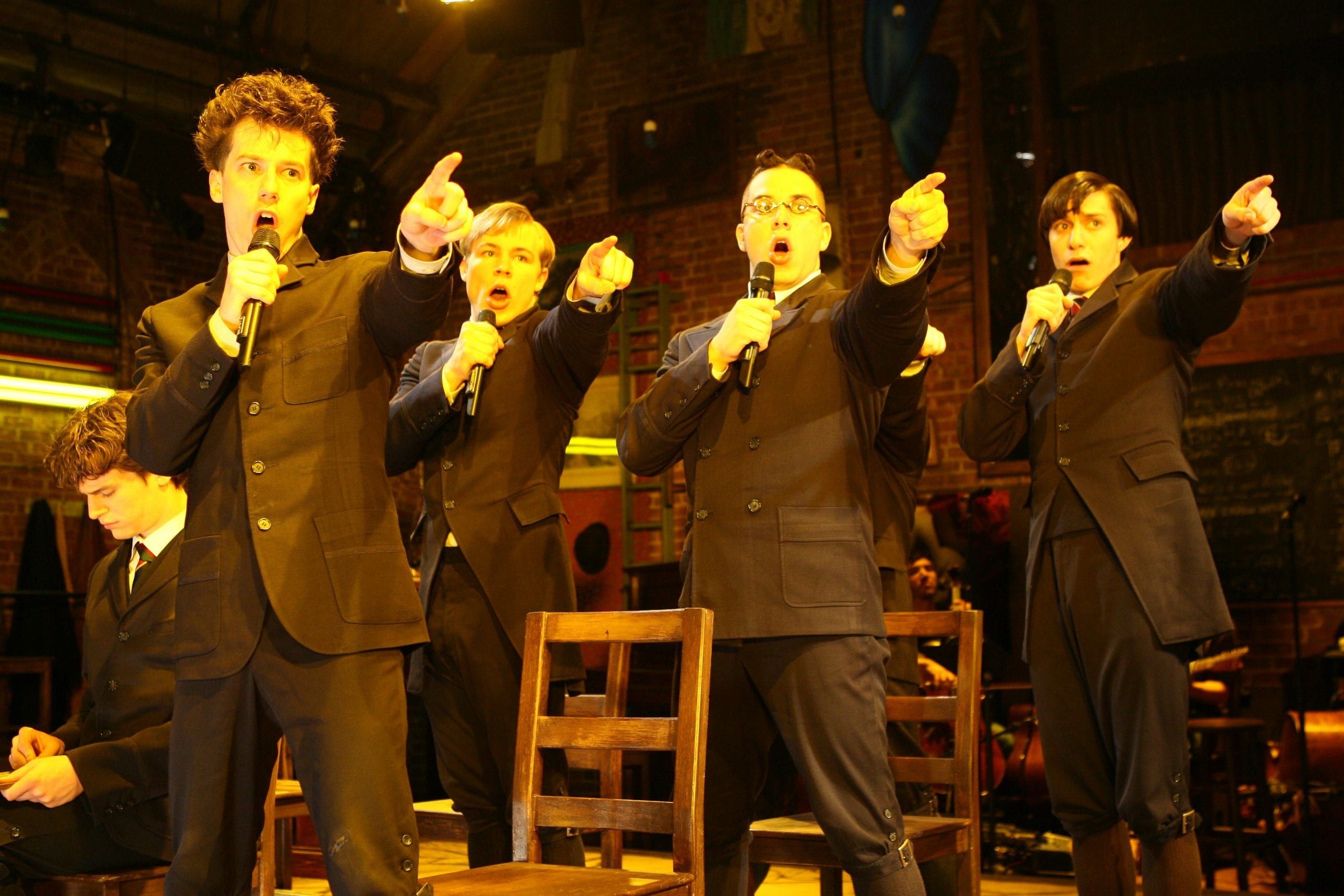 A Still from the Spring Awakening Play. Skylar is 3rd from the left. (Source: Sara Krulwich/The New York Times)

In 2010, Astin acted as Mark Cohen in Rent, another Broadway Rock Musical. The Musical was directed by Neil Harris and was performed at the Hollywood Bowl. Even Vanessa Hudgens was a part of the cast. The story was about struggling musicians and artists trying to survive in Manhattan. He then guest-starred in an episode of  “House” in Episode twenty-one of the 8th season.

Skylar Astin got his quantum leap through his role of Jesse Swanson in the comedy film “Pitch Perfect” in 2012. He was recast in the sequel of the movie in 2015 as well. Skylar also starred in another comedy film: 21 & Over in 2013. In the TBS sitcom “Ground Floor” he starred as Brody Moyer. His latest project is “Zoey’s Extraordinary Playlist,” where Astin is playing her best friend, Max. 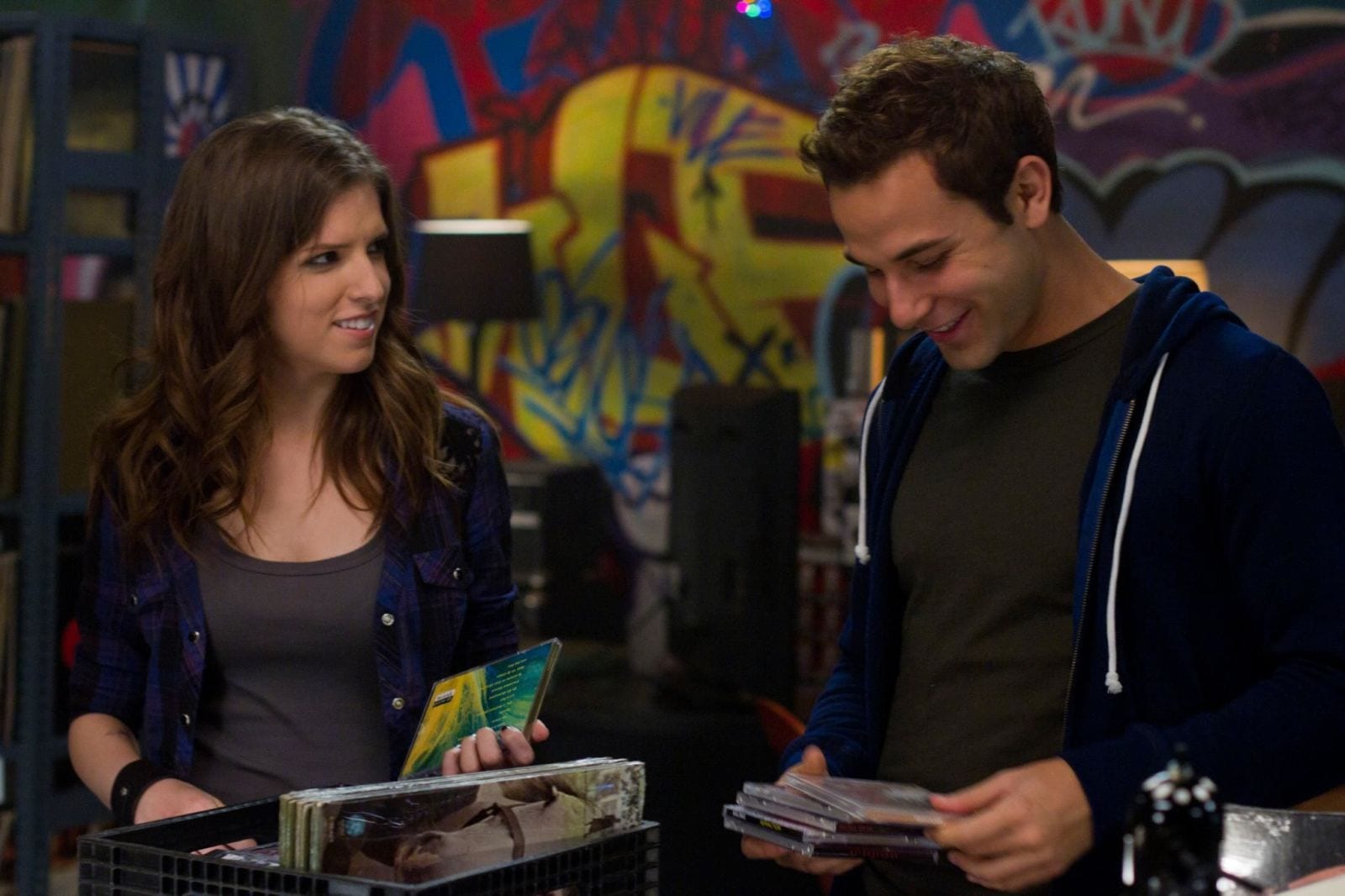 Skylar dated Jessica Bridgeman for a year from 2008-09. Then he started dating Lauren Pritchard, better known as LOLO. She is an American singer-songwriter and actress. Pritchard and Astin met each other on the first day of the rehearsal, for they were also castmates on Spring Awakening. Lauren had said in an interview that they spent an entire summer liking each other and being mean to each other and then liked each other again. Lauren called him a wonderful person. Unfortunately, they broke up after dating for over 2 years in 2011. 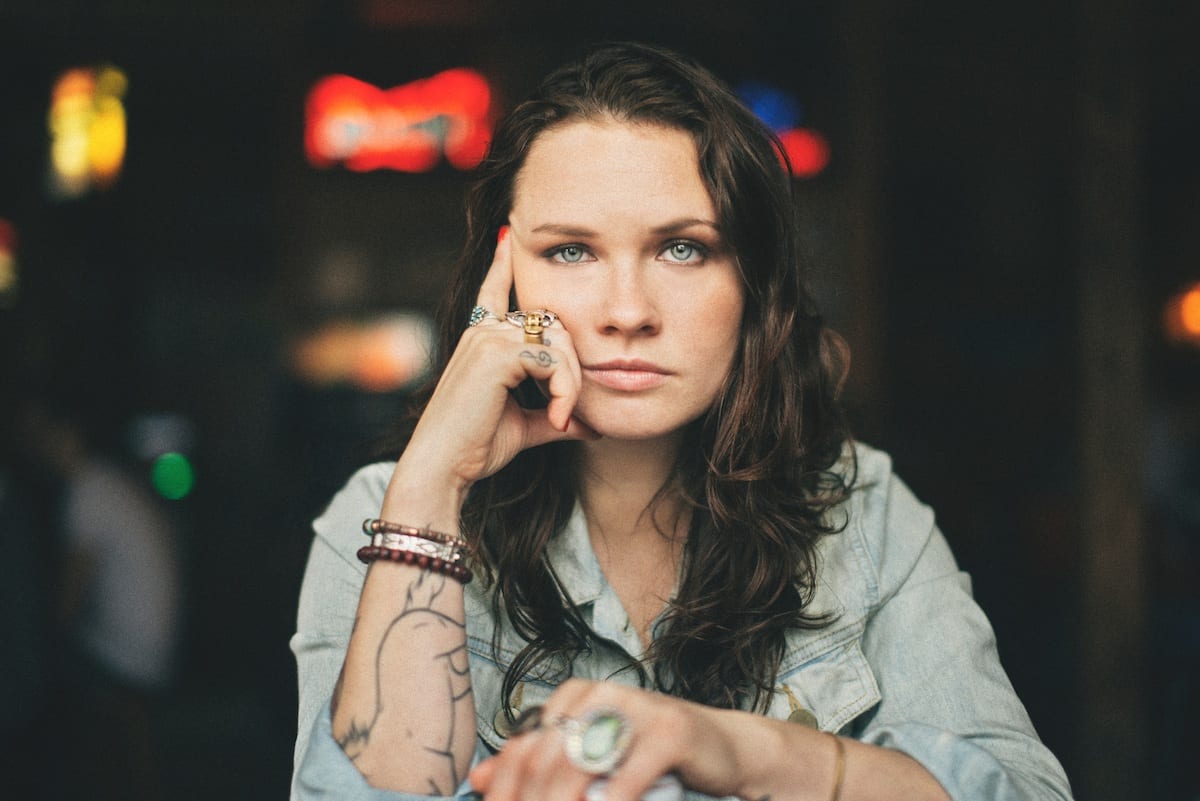 His next notable relationship is with his Pitch Perfect Co-Star Anna Camp.  Their relationship was revealed in 2013 when Anna was still in the process of one divorce. Apparently, they knew each other before Perfect Pitch but started liking each other romantically only after her separation from her husband. The two got engaged and married in a beautiful ceremony in Santa Ynez, California. Their other co-stars, like Brittany Snow, Rebel Wilson, and Elizabeth Banks were attending, with Brittany being Anna’s bridesmaids. They were very much in love with each other, and on one occasion Skylar called himself a lucky man for having found Anna. However, the two divorced in 2019, citing irreconcilable differences. 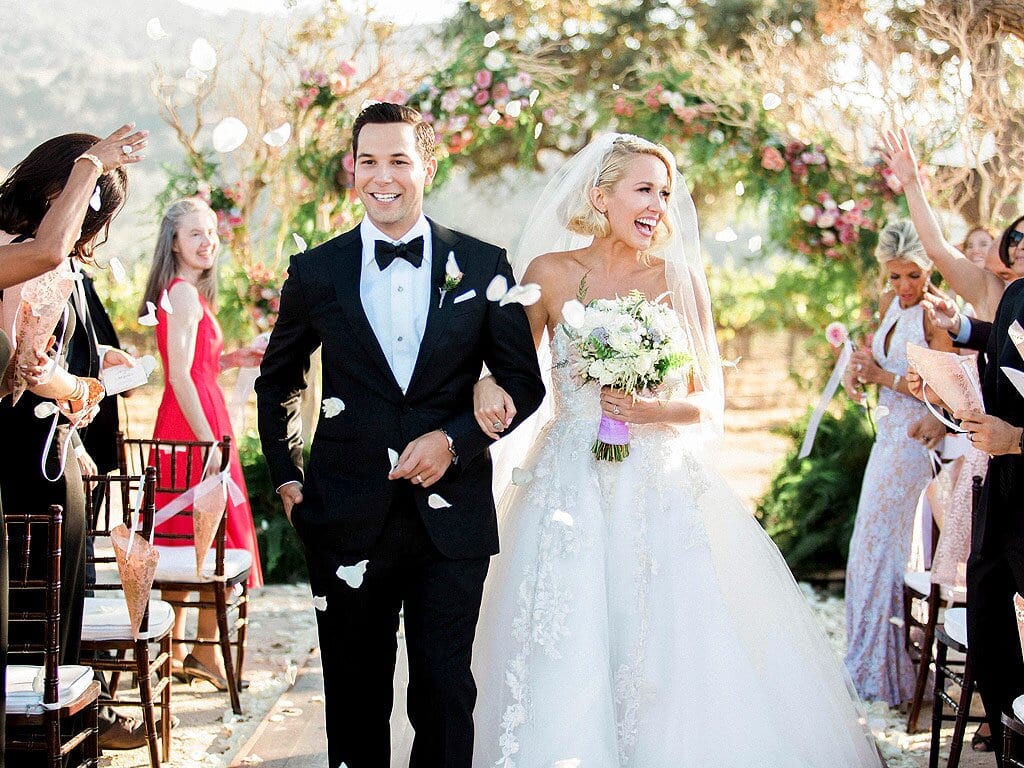 Who is Skylar Astin currently dating?

Skylar Astin is currently dating Lisa Stelly. They went official via Instagram last July. You may remember Lisa Stelly as the ex-wife of Jack Osbourne. When he wrote about their relationship, he said that he is dating “FOUNDER, ENTREPRENEUR, MOTHER, CCO, etc”, Lisa Stelly. Lisa has her own company, Fancy Sprinkles, which she founded in 2016. 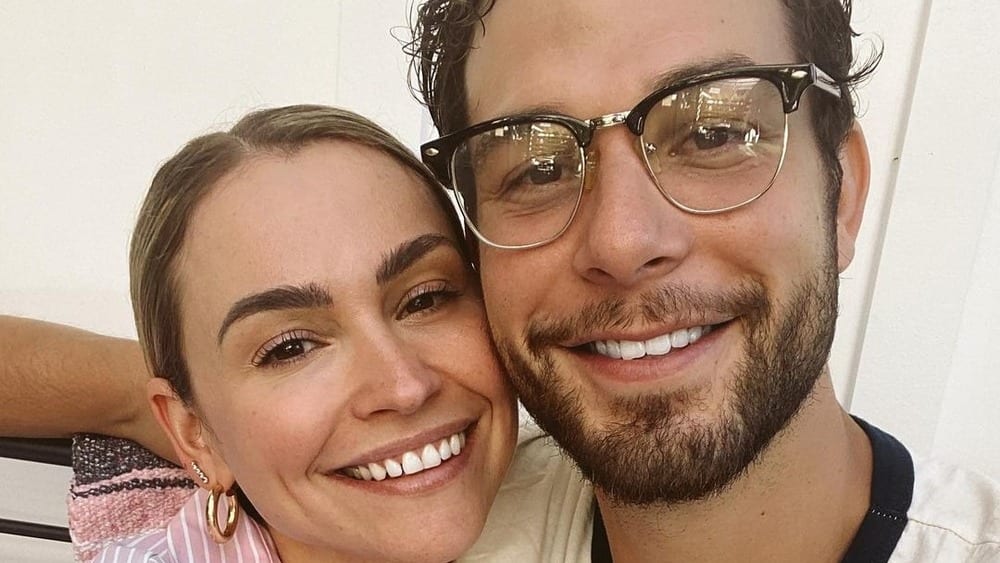 What is Skylar Astin’s Net Worth?

Recently, in an interview with People, he claimed how much he loves Broadway and wants to go back. The Pitch Perfect star has a net worth of 1 Million USD. Seeing the success of his recent project, “Zoey’s Extraordinary Playlist,” his net worth may increase, of course.

Also Read: Megan Fox Net Worth: How Rich Is The Hollywood Star?