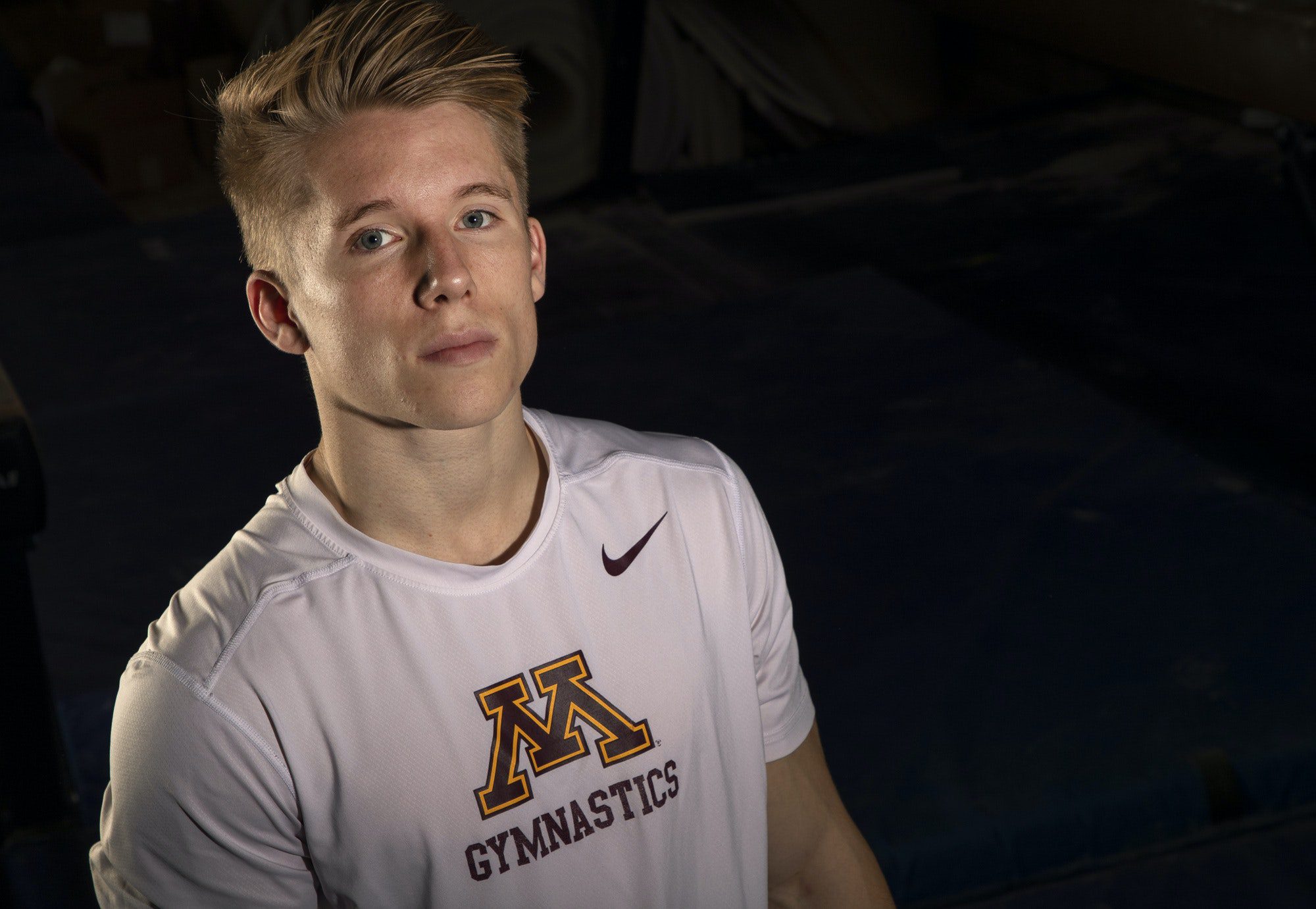 Shane Wiskus was born on 19 October 1998. His birthplace is Waconia, Minnesota, US. Currently, he lives in Minneapolis. The gymnast Shane Wiskus represents the United States of America. Also, as a gymnast, he represents the U.S.O.P.T.C Gymnastics Club. The sports career of Shane has included numerous honors. Definitely, he makes his country proud in numerous competitions. At Both the National and International levels. At the 2019 World Championships, he represented the United States. Additionally, he has been an NCAA Champion three times. Moreover, he is set to compete in the Summer Olympics of 2020.

Tammy and Mike Wiskus are his Mother and Father. He also has a sister. Annabelle is the name of his sister. She has professional dance experience. Which includes performances with the Minnesota Association of Dance Teams. In the beginning, he took gymnastic classes. His mother arranged for him to start this in 2002. A good place for him to develop coordination and motor skills. Furthermore, he competed for the first time at the age of seven. Which was almost three years later. 2014 marked Wiksus’ first competitive national championship. In which he achieved 11th place in the all-around and fourth place on the floor. 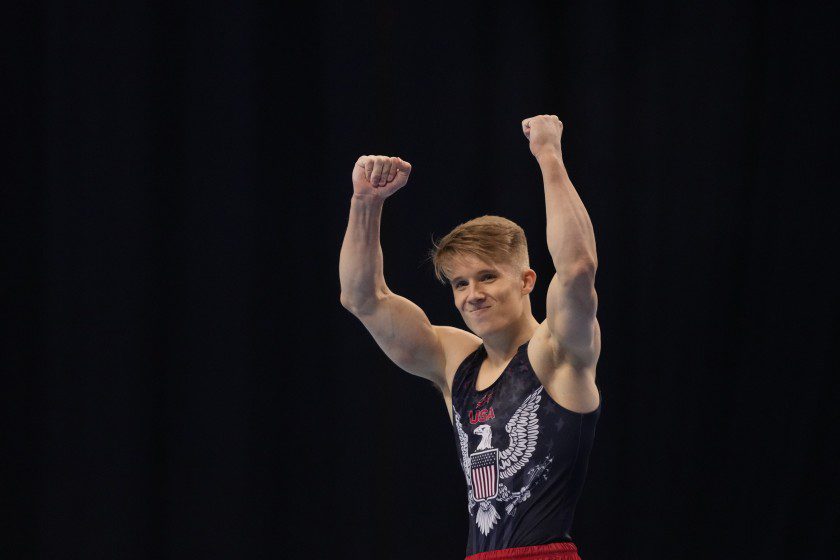 Who is Shane Wiskus’s Girlfriend?

If we talk about Shane Wiskus’s Girlfriend. Shane is dating Luci Bischoff. Luci and Shane started dating in 2018. Indeed, The couple has been together for more than three years. Shane introduced Lucci to his fans on the 3rd of February 2018. He posted a photo with Luci on Instagram. And tagged her and captioned it. That Who is she and why she is wearing his jacket, In ironical form. They appeared to be enjoying themselves in that picture.
We are able to see from his posts that Luci attended the same college that he does. Luci is 22 years old. She was born on 10 July 1999. She graduated from the University of Minnesota in May 2020. During her graduation, she also completed almost six internships. Moreover, it was the University of Minnesota where she met Shane Wiskus. She enjoys spending time with her girl’s gang. You can follow her on Instagram to know more about her. 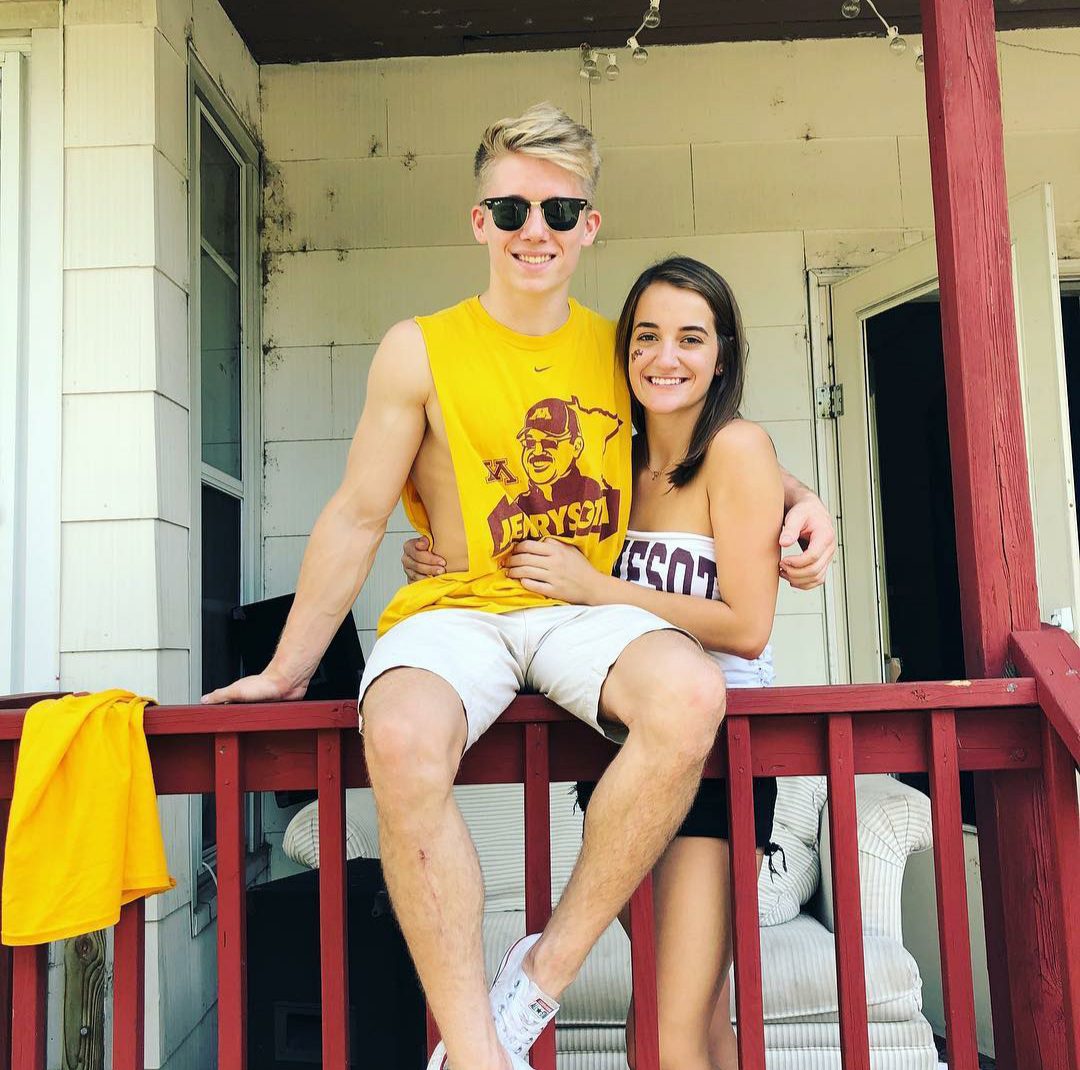 In November, he participated in the first-ever FIG Friendship and Solidarity friendly meet in Tokyo. After that, the following Thanksgiving, Wiskus and his girlfriend Luci moved to the United States Olympic Paralympic Training Center (U.S.O.P.T.C.), in Colorado.

At the University of Minnesota in Minneapolis, Wiskus studied marketing and business.  As part of his athletic career at the university, he won the Big Ten Gymnast of the Year twice. As well as received the 2018 Big Ten Conference Freshman of the Year award. In addition to the 2020 Most Valuable Player award from the College Gymnastics Association.

Shane Wiskus finished second in the all-around at the 2015 National Championships. He was behind Davis Grooms.  He also took first place in rings, second in floor exercises, and third in parallel bars. During Wiskus’ junior team cup season, his team finished third in the RD761 International Junior Team Cup. Wiskus won his first national all-around title at the 2016 National Championships. Also, The athlete competed in six apparatuses (floor exercise, vault, parallel bars, and horizontal bars). And Won four of them. He also won a silver medal in pommel horse and rings.
The year 2017 marked Wiskus’s senior year. The 2017 Winter Cup saw him take part. He earned an 11th-place result in the all-around. Following that, he was a competitor in the University of Calgary International Cup. The USA finished second to China under his leadership. Also, he was the only one to win the gold all-around. In 2021, Wiskus competed in the Winter Cup.  Although he finished fourth overall, he won gold on the floor exercise. He was also the top national collegiate male gymnast in the United States of America, receiving the Nissan-Emery Award. Wiskus finished ninth overall at the 2021 US National Championships. Because, On night two of the competition, he fell three times off the horizontal bar.
The 2021 Tokyo Olympic Trials will feature Shane. In St. Louis, Missouri, he recently qualified for the Olympic team in 2021. During the Olympic gymnastics trials, his routine received a lot of praise. In the all-around competition, he finished in third place.
Also Read: Who is Dansby Swanson Dating? Meet The Short Spot’s Girlfriend
In this article: