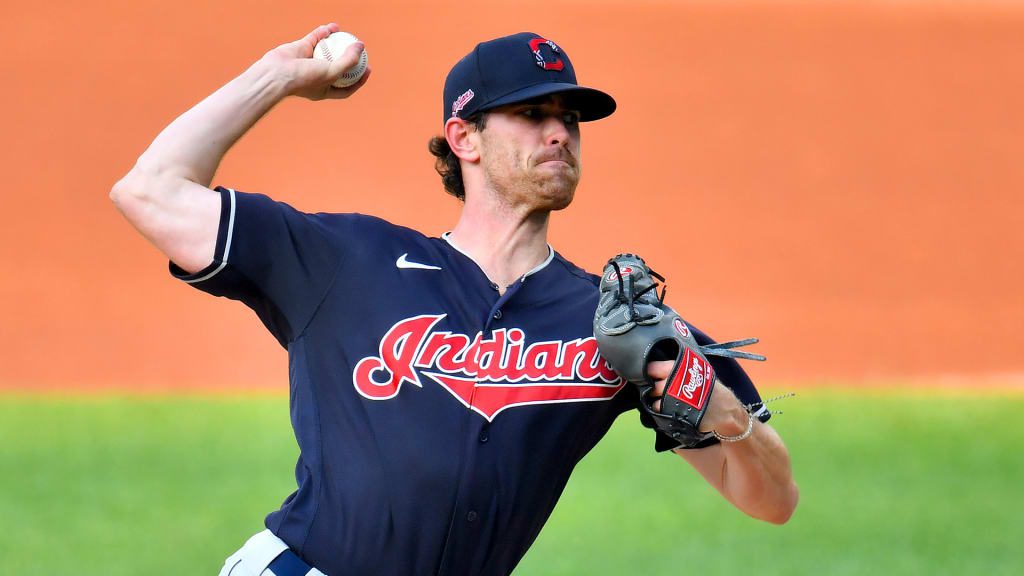 Shane Bieber is an American professional baseball pitcher. He plays for Cleveland Indians in the Major League Baseball. Who is Shane Bieber’s Girlfriend? This is the agenda of this article but let’s first start with some basic information. Baseball is an England-originated game played with a bat and ball. The most important roles in this game are played by the Batters and the pitchers. Shane is a pitcher and his love for the sport started when he was in college. Bieber was a high-speed pitcher in his childhood as well and his command was very strong. Consequently now Shane Bieber is a prominent name in all-time great pitchers.

Biber has been making waves in International baseball since his debut in 2018 with the Cleveland Indians. His first few Major Baseball League seasons have been absolutely dominating. Moreover, he has 19 consecutive starts with at least 8 strikeouts breaking Nolan Ryan’s record of 17 consecutive starts. Breaking strikeout records have been Bieber’s thing from the very start. With a social media presence that includes an Instagram following of over 70K, is famous among baseball fans. And so is his dating life. Bieber has a really pretty girlfriend and the netizens are always keen to know what’s going on in the couple’s life. So let’s hop onto the bandwagon and find out about Shane Bieber’s Girlfriend. As well as explore his love life and some career stats.

Who is Shane Bieber’s Girlfriend?

Shane Bieber is currently dating Kara Kavajecz. Kara is a fashion blogger and they both first met at the University of California Santa Barbara as students and are dating since 2017. One week ago Bieber proposed to Kara in San Fransisco and officially announced the engagement on his Instagram handle. Earlier many times Kara and Bieber were seen together at public events. “Forever my girl,” he captioned the picture. It was an adorable picture of Ben on his knees kissing Kara. The comment section was flooded with family, friends, and fans wishing good luck to the newly engaged couple. Kara also took to her Instagram and made her big day official. 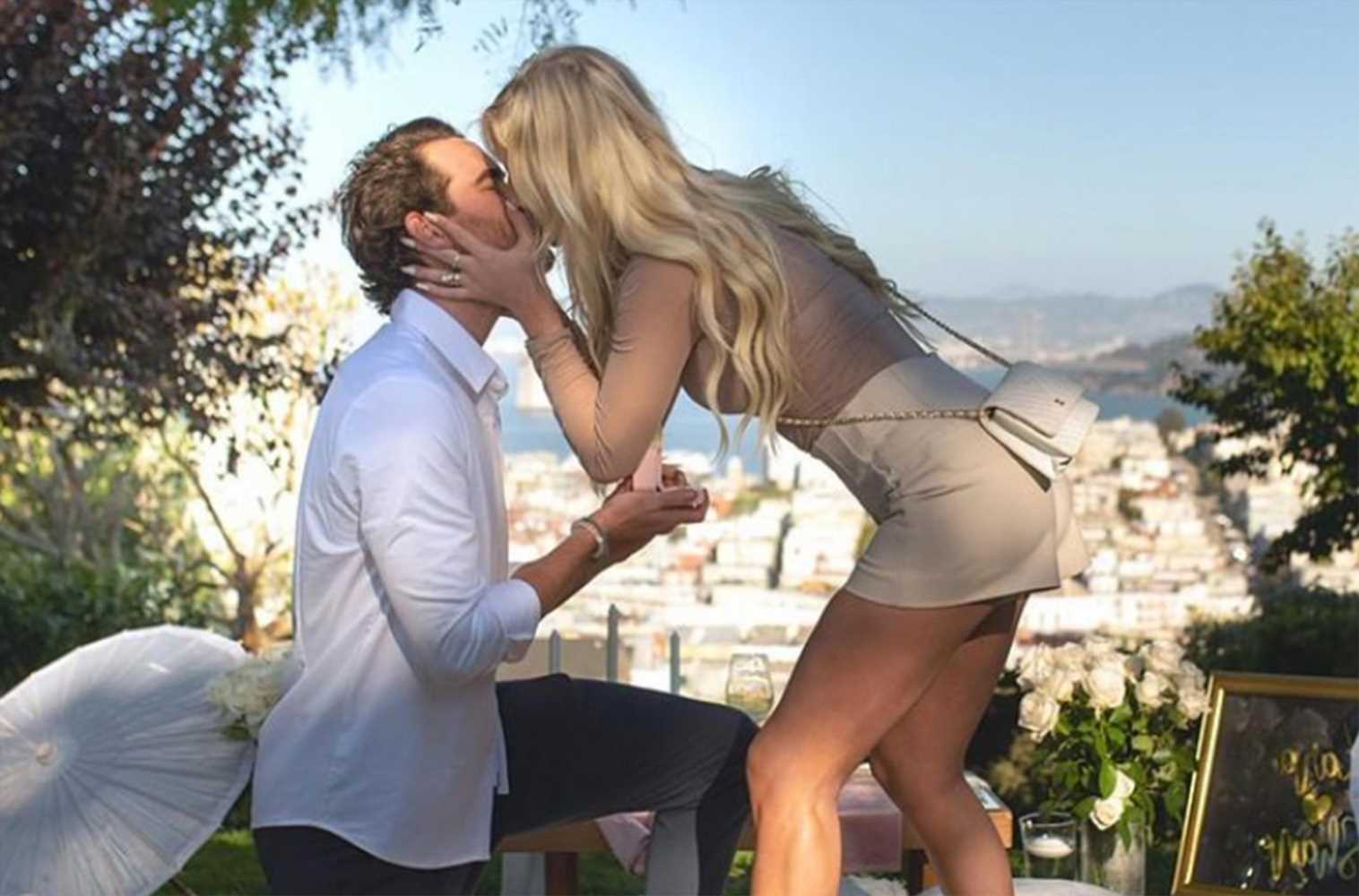 Bieber was named the All-Star Most Valuable player of 2019. It was his exceptional skills and a little sprinkled luck by his lady, that fetched him this honor. Kara and Bieber posed together at the MLB Red Carpet of that All-Star game. Kara and Shane unlike some other celeb couples, like to keep their fans updated about their career as well as personal life through social media. Their Instagram handles are loaded with adorable pics of both and the fans keep showing their love and support through comments. Shane’s proposal came after a few days the couple celebrated their 4th love anniversary.

After some of his phenomenal performances in Minor Leagues, Shane made his Major League Baseball debut in 2018. Cleveland Indians gave him this chance and he played his first match against The Minnesota Twins. In His first season with the Indians, Bieber finished it with an 11–5 record, a 4.55 ERA, and 118 strikeouts in 20 appearances. 2019 was full of awards and honors. He was named a Major Baseball League All-Star for the first time. With the All-Star Most Valuable Player award under his name, Bieber finished the 2019 season with a 15-8 record in 34 games. 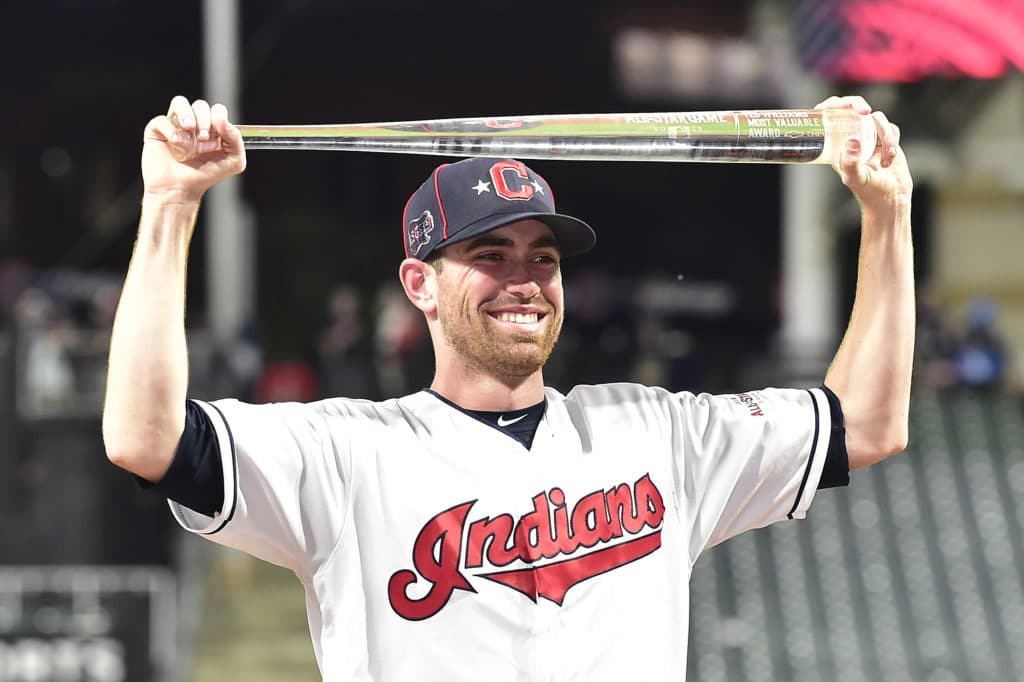 2020 started with a 2-0 victory against Kansas City Royals and Bieber struck out 14 batters in 6 innings. This extraordinary performance added to his name another team record of most strikeouts by a starting pitcher on Opening Day. Bieber was named American Pitcher of the month in august after he led the majors in ERA (1.20), strikeouts (84), wins (six), and innings (52 2⁄3). And as an addition to this list of accolades Bieber became the first pitcher since 2011 to win American League pitching triple crown. But not stopping here, by the end of the 2020 season he won the AL Cy Young Award. Consequently, he tops several rankings.

2021 however was equally filled with injuries and happiness in his dating life. Shane was tested Covid positive. But he recovered and was back for the Indians’ Opening Day starter for the 2021 season. Soon after he cleared this bump life threw another curve at him. Which came as a shoulder injury. The Indians placed Bieber on the injured list with a strained muscle in his right rotator cuff on June 13. Moreover, he was later transferred to the 60-day injured list on July 25. Recent reports say that Bieber is back on the field and is doing well. “He’s been progressing. He’s not going to feel 100% still, but that’s expected. We’re looking for progress and that’s what he’s doing.” said Indians’ assistant pitching coach. Let us hope we get to see our favorite back in action soon.

Also Read: Mark McGwire Net Worth: How Rich is The Legendary Baseball Player?