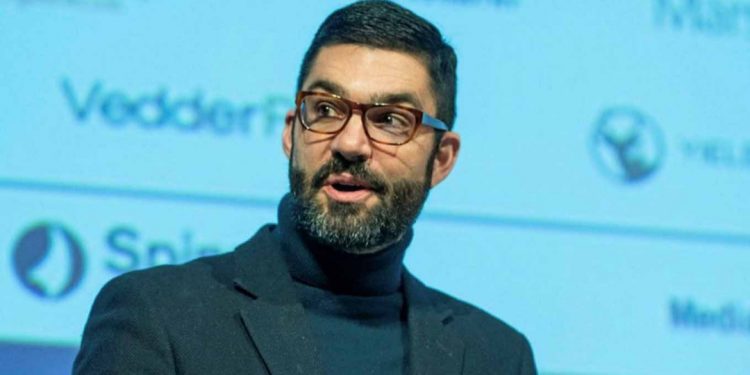 Who is Scott Borgerson’s Girlfriend? Yes, today we are going to discuss things about Ghislaine Maxwell’s former husband. Well, Is he even her ex-spouse, or what was their relationship in reality? Starting from the very basics, Scott Gerald Borgerson is a military officer and a multi-millionaire who runs a tech company called Cargo Metrics. Born in Festus, Missouri, Scott Borgerson gained prominence mainly because of secretly pairing up with the British socialite Ghislaine Noelle Marion Maxwell. He has been alleged to tie the knot with her back in 2016. However, she made it to the public after four years. Despite spending time with her in Miami, which ultimately resulted in the split of his marriage with his then-wife, he denied his marriage with the socialite.

Last month, this multi-millionaire CEO has been spotted outside in New Zealand with a newbie. Fans are suspecting her to be Scott Borgerson’s Girlfriend. Although, neither of them has confirmed anything on the kind of relationship they share. For more details about what’s going on in his life and this newly rumored girlfriend, you must dive into this article.

Also read: Ghislaine Maxwell Net Worth in 2020 and All You Need to Know

The multi-millionaire CEO and military officer, Scott Borgerson, is rumored to be dating a 49-year-old yoga instructor. Her name is Kris McGinn. For those who don’t know her, besides being a fitness freak, professionally, Kris is also a local journalist. She covers information and pictures of food cultural trends in the Manchester Cricket newspaper. With her, Scott has been spotted outside on the streets of New Zealand in December 2021. Some people are suspecting her to be his new girlfriend. We are wondering if that’s true. Well, neither Scott Borgerson, not Kris McGinn have confirmed it to be a romantic relationship. They might just be good friends. Who knows? It is remaining questionable!

When it comes to his relationship status, we all know that he has gained quite a game for being the secret husband of the socialite Ghislaine Maxwell. When his friends were asked, they confirmed Ghislaine and Borgerson to meet while working on an ocean preservation project. That was when they started to fall for each other. However, Scott Borgerson denies their marriage and confirms that they are good old friends. Overall, it is remaining unclear what’s going on in his life. Is he dating Kris, or is he the real husband of Ghislaine?

Besides his love life, fans have shown interest in some of his other personal details as well. Let’s have a look!

How Old is he? Height, Weight & Family

This multi-millionaire, Scott Gerald Borgerson, was born in 1976. Although, it is not known on which date does he celebrate his birthday. Based on his date of birth, he is currently 46 years old. Coming to his height and weight, he is 176 cm tall and weighs 80 Kg. As far as his family is concerned, nothing much is known. Scott Borgerson seems to be a very private person, and thus he has kept his family details away from the media.

For secondary education, Scott Borgerson attended a local high school in Boston. Thereafter, he joined the U.S.Coast Guard Academy and earned a degree of B.S Governance. Also, did he attend Tufts University, which is The Fletcher School of Law and Diplomacy, which led him in earning the MLAD and PhD degrees. In short, Scott Borgerson is highly qualified, and that’s the reason why he is a multi-millionaire, standing in 2022.

When it comes to his professional life, Scott Borgerson is very much focused. His immense hard work has resulted in him being the CEO of Cargo Metrics Technologies.

Hoping Scott Borgerson to reveal his current relationship status to his fans. Wishing him good luck for the upcoming days of his career & love life!

Also read: Who is Jana Kramer Dating? The Singer Has A New Mystery Man In Her Life!