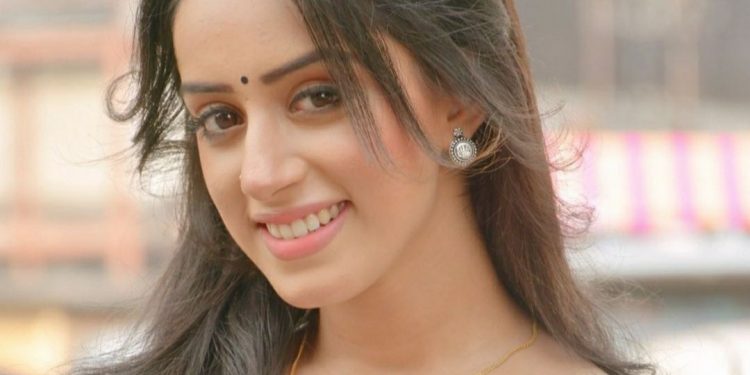 What do we know about Sargun Kaur Luthra’s Boyfriend? She isn’t a newbie in the world of Hindi serials but not too old either. For those who are wondering who she is, Sargun Kaur Luthra is an Indian television actress, gaining fame for her roles in some Hindi television shows. One of her popular roles is Niyati Khanna in Tantra (2018-2019). Currently, she is starring in Yeh Hai Chahatein. It’s been four years since she has started her career in the entertainment industry. We shall discuss things about her career, early life in the later section of this article.

Since she is too young and beautiful, her fans have shown immense interest in her love life. With her successful career, many of you have already assumed her to be dating or having someone very special in her life. What’s the truth? Besides her love life, we shall also cover a bit of her family. For more details about the beautiful Sargun Kaur Luthra’s Boyfriend, dig deeper and read this article till the end.

Also read: Who is Camille Razat’s Boyfriend? Personal Life Of The Actress of ‘Emily in Paris’

This actress’ love life has always been something that her fans have wondered about from the time she has entered the industry. Sargun Kaur Luthra is very much secretive about her personal love life. She always kept her love life away from the limelight. Thus it is unclear if she is single or seeing someone in real. Based on the factors like her beautiful looks, popularity, we can assume her to have someone special. But, we can’t be sure of that unless she is revealing anything. Also, she is quite focused on her work. It seems like she is putting her career over romance. Hoping Sargun Kaur Luthra to reveal her love life to the public as soon as possible. This is because assumptions about her’ mystery man’ is ruling over the internet.

How old she is? Height & Weight

The young Indian actress Sargun Kaur Luthra was born on 24 November 1998. That makes her 23 years old in 2021. Based on her birth month and date, her zodiac sign is Scorpio. Concerned with the other factors like height and weight, she is 5’6 feet tall and weighs 50Kg.

As far as her family is concerned, she was born to her mother, Sarabjeet Kaur. The name of her other guardian, her father, is not known. She also has a twin brother whose name is Harman Luthra, with whom she shares a great bond.

For studies, Sargun Kaur Luthra attended Guru Harkrishnan Public School, located in New Delhi itself. For pursuing higher studies, she got admission to Mata Sundri College in New Delhi with the hope of getting a degree in psychology. But for pursuing her career in acting, she dropped out of college in the very first year.

To pursue her acting career, she relocated herself to Mumbai from Delhi with her father. Starting her career in this industry in 2017, she has accumulated quite a success at such a young age. Discussing things about her career, in brief, Sargun Kaur Luthra gained prominence and recognition with her role Niyati Khanna in Tantra, which aired from 2018 to 2019. She hasn’t limited herself to the Hindi serials but also worked in a Telugu film called Aswathama which premiered in 2020. In the film, she played the role of Priya. On the other hand, the actress also starred in a web series called Kasganj before the film. It was released in 2019. If you have missed out on it, you can watch the same on Zee5. She also starred in a music video it Kalesh, in 2018. It was sung by Mika Singh and Millind Gaba. Not to forget to mention her special guest appearance in Bigg Boss Season 12 in 2018. At present, you can see her playing her role amazingly in the television show Yeh Hai Chahatein.

Since she has a long way to go, we hope she achieve all her dreams in the upcoming days of her life! Good wishes to her!