Who is Sarah Paulson & What is She Known For? 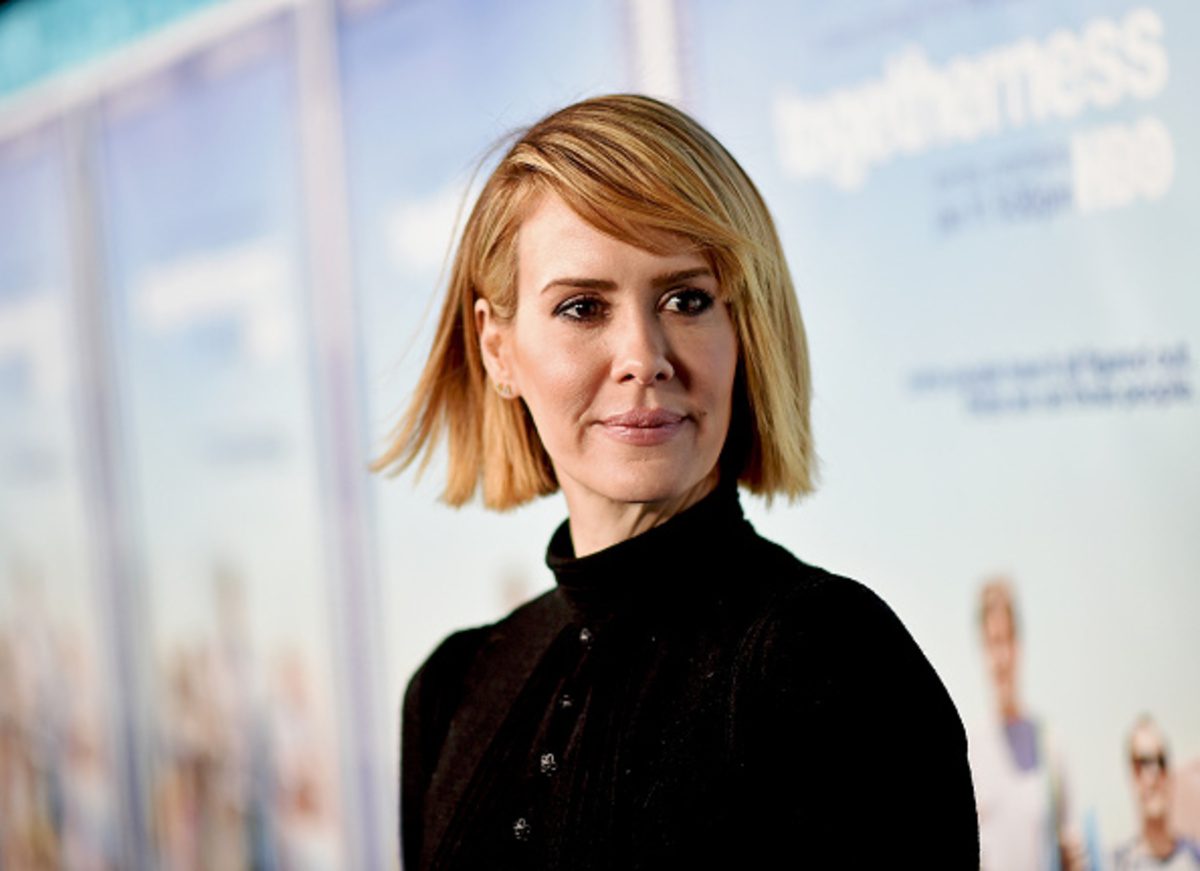 We all know the notable star of America who is mainly known for her works and roles on the small screen who is none other than but Sarah Paulson. Being such a talented actress she started her career right after passing from high school. Being a talented kid in the field of acting, it took her not much but less time to come to the limelight of the small screen. By the 1990s she got recognition around the state. The push-in her career came with the popular television series named Law and Order and American Gothic.

Apart from that she also played a major role in the popular series that we all loved named Jack & Jill. Being such a talented star she earned more and more roles. Some of her prominent roles in popular television shows are namely American Horror Story, Strip, and the popular show named Game Change. With her extravagant acting skills not only did she impressed the audience but also caught the eyes of the director and producers of the big screen. She made a debut on the big screen by playing the part of the major supporting role in the popular movie based on the genre of drama named 12 Years a Slave.

Having such a great casting crew the movie not only earned the nominations for the most prestigious awards that are the Oscar but also won not one but three Oscar. Following the success of her first movie, she was offered one of the major roles in the popular movie under the genre of romantic drama. The movie was named Carol. Like her previous movie, in this movie as well, she along with her casting crew impressed both the audience and the critics. With that, the movie earned nominations for not one but six Oscar nominations.

Born on the 17th of December in 1974, in the beautiful city of Tampa which is in the state of Florida, that is in the United States. She was born in the family of Catharine Gordon and Douglas Lyle Paulson II. But for some reason or the other, her parents parted their ways legally when Sarah was a kid. At the age of five, she along with her mother moved to the city of New York. Moving there she spent her days in middle and high school.

Talking about her schooling, for her high school she got enrolled in the popular school named Manhattan’s Fiorello H. LaGuardia High School. After completing high school, being passionate about acting, she joined the popular Drama school of America named American Academy of Dramatic Arts.

Sarah Paulson started the journey of being one of the greatest actors with stage plays. She made her first appearance in the popular play named Talking Pictures directed by the popular American playwright named Horton Foote. With this, she made her first appearance on the small screen by playing a major role in the popular television show named Law and Order. The origin of the show was in America and it was crime drama series. With playing some minor roles in different television shows, she earned her first major role in the popular American show named American Gothic. The show was based on a horror series that was broadcasted on the popular channel named CBS Network. The had its first episode aired in the month of September 1995. It continued for a year or so till the month of July in 1996.

Gradually with time, her skills improved and she earned more and more roles. She made her way to the big screen when she earned her first major role that is the role of the female lead character in the popular film under the comedy-drama genre named Levitation. The movie was premiered in 1997. Being impressed by her role not only on the small screen but also on the big screen she was offered the role of the major character in the comedy-drama series of the television world named Jack & Jill. The show had its first episode broadcast in the month of September 1999 on the popular channel of America named WB Network. It continued till 2001 that is until the month of April. The show consists of a total of two seasons.

After a few years that is in 2005, she made her appearance in another play by the renowned playwright of America named Tennessee Williams. The play was titled The Glass Menagerie. Following the success of the play, she earned more and more works and chances to portray her acting skills. In the very next year that is in 2006, she appeared in the role of the major character Harriet Hayes in the popular television show Aron Sorkin. The name of the show was Studio 60 on the Sunset Strip. The show was aired on the popular channel of America named NBC network. But for some reason or the other, the show continued for less than a year.

Followed by the show of 2005, she earned more and more roles as an antagonist over the period of the following years. She played the role of a major supporting character in the popular movie of 2006 named Griffin and Phoenix and The Spirit which was premiered in 2008. After some time, that is in 2009, she was offered the role of one of the major characters in popular American Drama series under the comedy genre. The title of the show was Cupid. The show was aired on the popular channel of America named ABC network. Though the show was running great and making a somewhat huge revenue, for some reason of the other the show was canceled after seven episodes

After a couple of years that is in 2011, she played a minor role in the popular  American series named American Horror Story. The show was horror anthology series. The storyline of the show as well as the cast of the show changed after each season. But being skillful in her role in the first season, she got a chance to be a part of all seven seasons. Due to the change in the storyline and the cast, her role kept on changing throughout the seven seasons. In each season she got different and more interesting roles. Being such a great actress, not only did she impressed the audience but also caught the eye of the critics. Other than that she earned nominations for not one but a few.

Not only does the list of her works stops here but continues. She earned more and more work in films in either supporting or major characters. For instance, she played a supporting role in the movie named The Time Being which was released in 2012. Other than that she also played roles in movies namely 12 Years a Slave which was released in 2013, Carol which was premiered in 2015, Rebel in the Rye which was released in 2017. Apart from that in 2016, she drew the role of one of the major characters in the popular American anthology show named American Crime Story. Having such a great casting crew the show received praises and appreciation not only from the audience but also from the critics. Apart from that, her performance was also praised by the critics. For her awesome performance, she was nominated and won the prestigious Emmy Awards.

Our very favorite star Sarah Paulson is bisexual. Back in the early days of her career, she dated the popular playwright named Tracy Letts. They got engaged as well. But due to some personal reasons, their engagement broke. After some time she got into a relationship with a popular star named Cherry Jones. The couple started dating back in 2004. But for some reason or the other, the couple parted their ways in 2009. After some time, that is in 2015, Paulson started dating the popular actress named Holland Taylor. Taylor is somewhere around 32 years older than her.

Also Read: Who is Sarah Paulson Dating? All About Her Relationship

Did Zac Efron Get A Plastic Surgery For His Jaw? Before & After Look

PS Plus Games May 2021: Prediction on Free Games