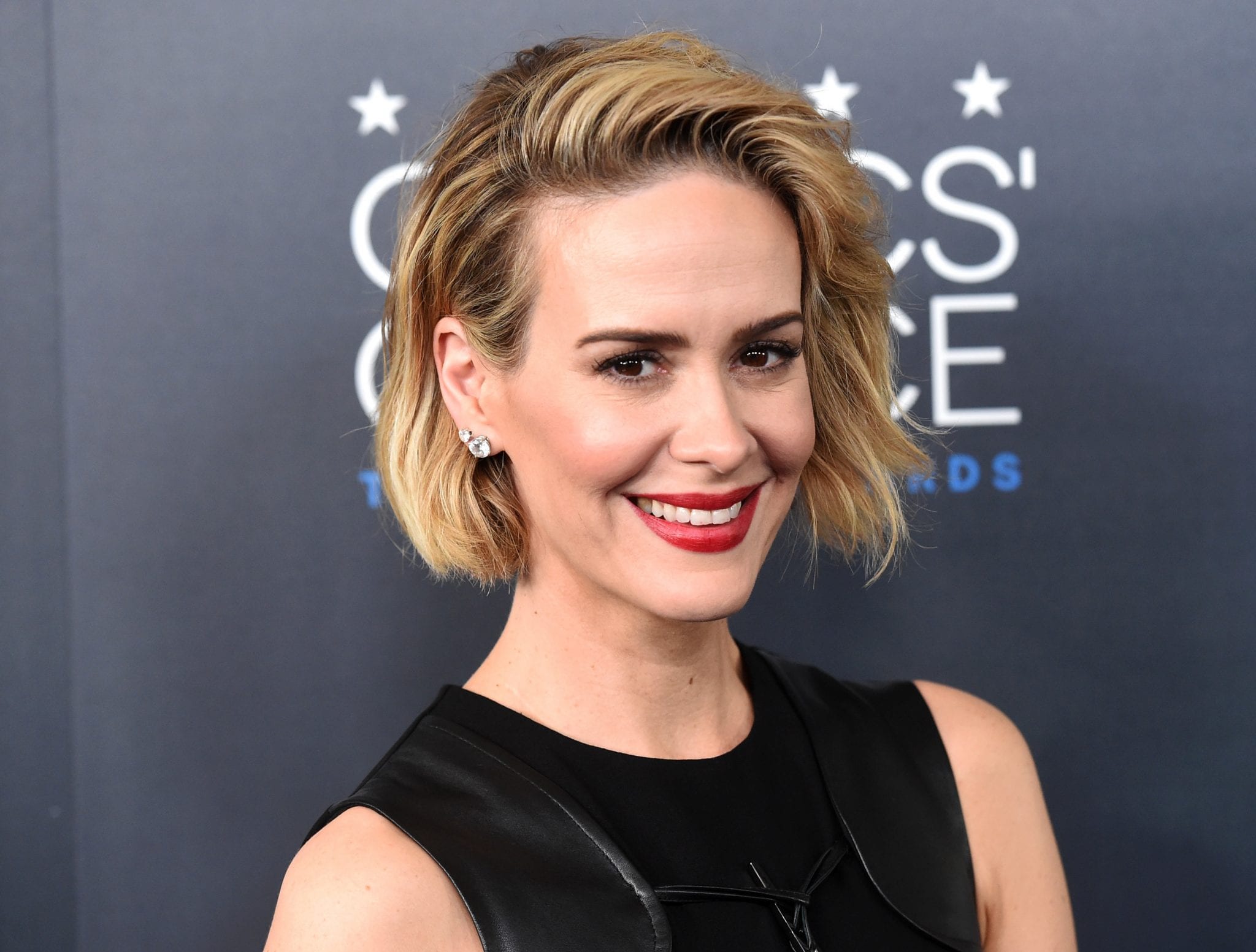 The Mrs. America actress Sarah Paulson has been in love for almost half a decade now. And her fans want to know more about her relationship. Sarah Catharine Paulson was born on December 17th, 1974, and she is an American actress. She is also the recipient of several accolades. This includes a Primetime Emmy Award and also a Golden Globe Award. In the year 2017, Time magazine named her as one of the 100 most influential people in the world in the artist’s category.

She started her acting career after high school in New York stage productions. This was prior to starring in the short-lived television series American Gothic and Jack & Jill. She then also appeared in comedy films such as What Women Want and Down with Love. And also in many drama films such as Path to War and The Notorious Bettie Page. From the year 2006 to 2007, she played Harriet Hayes in the NBC comedy-drama series Studio 60 on the Sunset Strip. She also got her first Golden Globe for this role.

Paulson has also appeared on Broadway in the plays The Glass Menagerie and Collected Stories. She also starred in a number of independent films and had a leading role in the ABC comedy series Cupid. She then also starred in the independent drama film Martha Marcy May Marlen. Paulson was featured as Mary Epps in the 2013 historical drama film titled 12 Years a Slave. And as Abby Gerhard in the 2015 romantic drama film named Carol. Her other films include Serenity, New Year’s Eve, Mud, Blue Jay, Ocean’s 8, Bird Box, Glass, and Run. 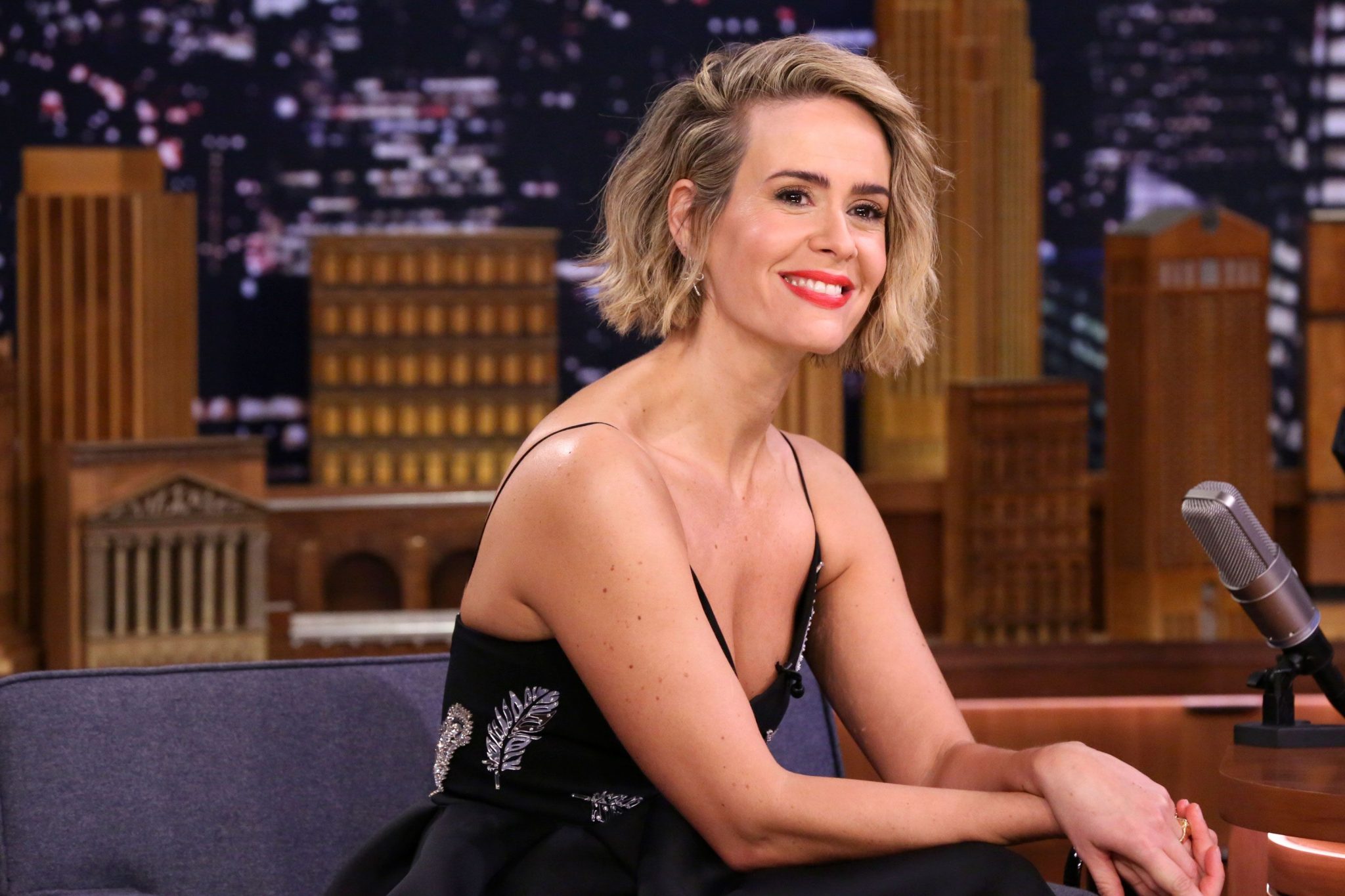 Sarah was born on December 17th, 1974, in Tampa, Florida, to the parents Catharine Gordon and Douglas Lyle Paulson II. She spent her early life in South Tampa until her parents’ divorce when she was five years old. After her parents’ divorce, Paulson shifted with her mother and sister to Maine, and then to New York City. Her mother worked as a waitress, and they lived in Queens and Gramercy Park, prior to settling in Park Slope, Brooklyn. She recalled this period and says that her Mom was only 27 when they moved to Neyyork and she didn’t know a single person in the city.

Her mother got a job at the Sardi’s restaurant and she was very brave to be basically a debutante in Tampa, Florida. She picked up her two kids and brought them to the greatest city in the world and didn’t know anyone here. That way her mom is her hero. Throughout her childhood, Paulson spent all her summers in Florida with her father. Her father was an executive at a door manufacturing company in Tampa. She attended P.S. 29 in Brooklyn prior to attending Manhattan’s Fiorello H. LaGuardia High School and then attended the American Academy of Dramatic Arts. 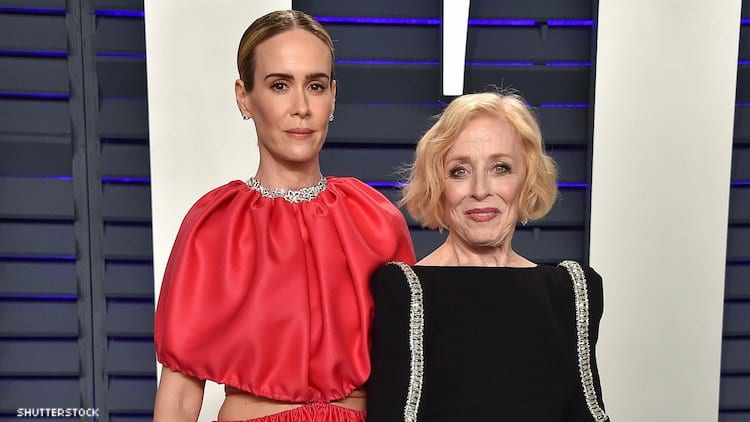 Most of Paulson’s fans know about her dating her and are also very supportive of her. She is in a relationship with the American Actress and Playwriter Holland Taylor since 2015. Holland is currently 78 years old and Sarah is 46. Then too, the couple has stayed strong even after the immense age gap. Sarah first came out with her sexuality in the year 2013 interview with Broadway.com. Two years Prior to meeting Holland. The two actually met at a party almost a decade before they started dating. At that time Paulson was dating actress Cherry Jones. She says that she was blown away on seeing Holland’s beauty.

She said that they started following each other on Twitter after working together on a PSA for Martha Plimpton’s women’s rights organization in 2015. Holland then first slipped into Paula’s DM’s. In the year 2015 Holland first revealed on a radio show that she was dating much younger women but left to Paula’s name. But a month later she revealed a picture of her and Holland on Twitter with the cation ‘when captions fail’. In January 2016 the couple attended the red carpet choice awards. There Paulson was nominated for the best-supporting actress in a limited series for her role on “American Horror Story: Hotel” at the 2016 Critic’s Choice Awards. The couple still stands strong after all these years and differences and is also an ideal couple for many.