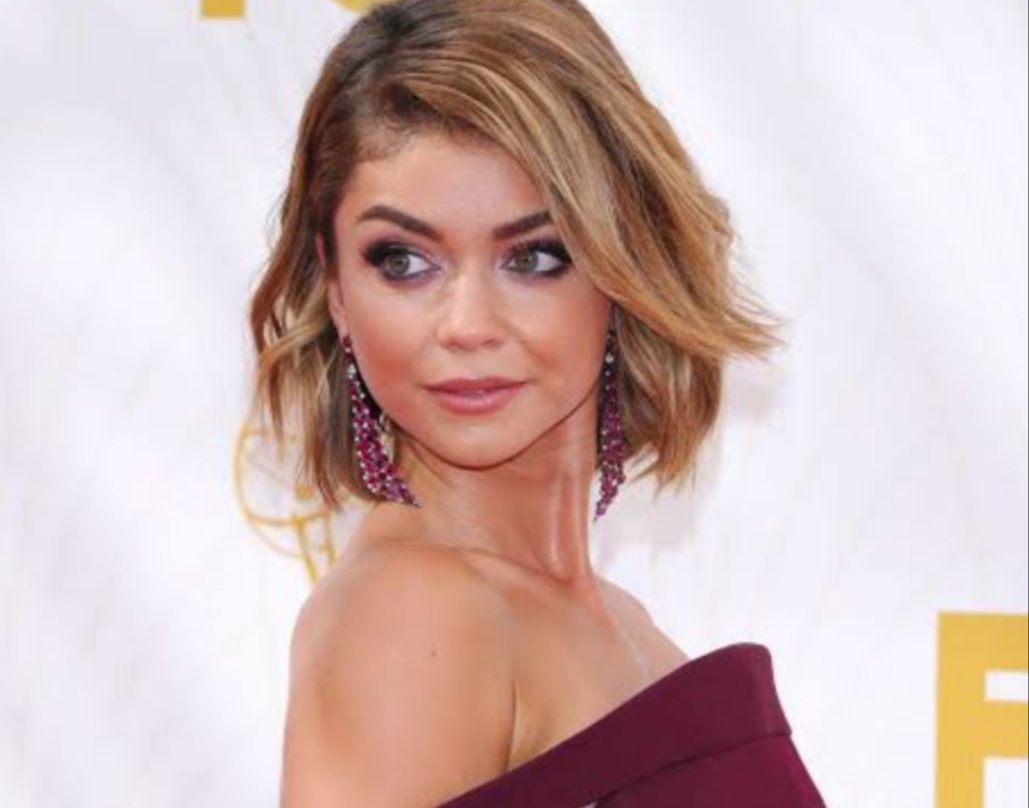 Want to know who Sarah Hyland’s Ex-Boyfriend is? What do we know about this beautiful actress’ past failed romantic involvement? Starting from the basics, Sarah Jane Hyland has gained massive prominence, even with her small roles in Blind Date and Private Parts, respectively. Talking more about some of her notable works, the list includes Geek Charming, Struck By Lightning, The Wedding Year, Vampire Academy, Modern Family, etc. Little did you know, Sarah is the person behind the voice of Tiifu in the series, The Lion Guard. A couple of years ago, Sarah hosted the web series Lady Parts and received appreciation from the audience.

Knowing Sarah’s versatility in the film and television industry, fans are interested to learn about her personal life. When gorgeous, talented, and famous, people do spread rumors especially related to the celebrity’s love life. Sarah hasn’t made an exception to this. Well, her relationship with Matt Prokop didn’t end up on good terms, as she later opened up about how abusive it was. Although, after her split with Matt, she got romantically involved with someone, which ended up nicely. Dig into this article to learn more about Sarah Hyland’s Ex-Boyfriend.

Sarah Hyland’s Ex-Boyfriend is Dominic Anthony Sherwood. The actor gained huge popularity from his role as Christian Ozera in Vampire Academy. However, some of his other works include Don’t Sleep, Billionaire Ransom, Modern Family, Shadowhunters, and Penny Dreadful: City Of Angels. He is set to release his next television series titled Partner Track. 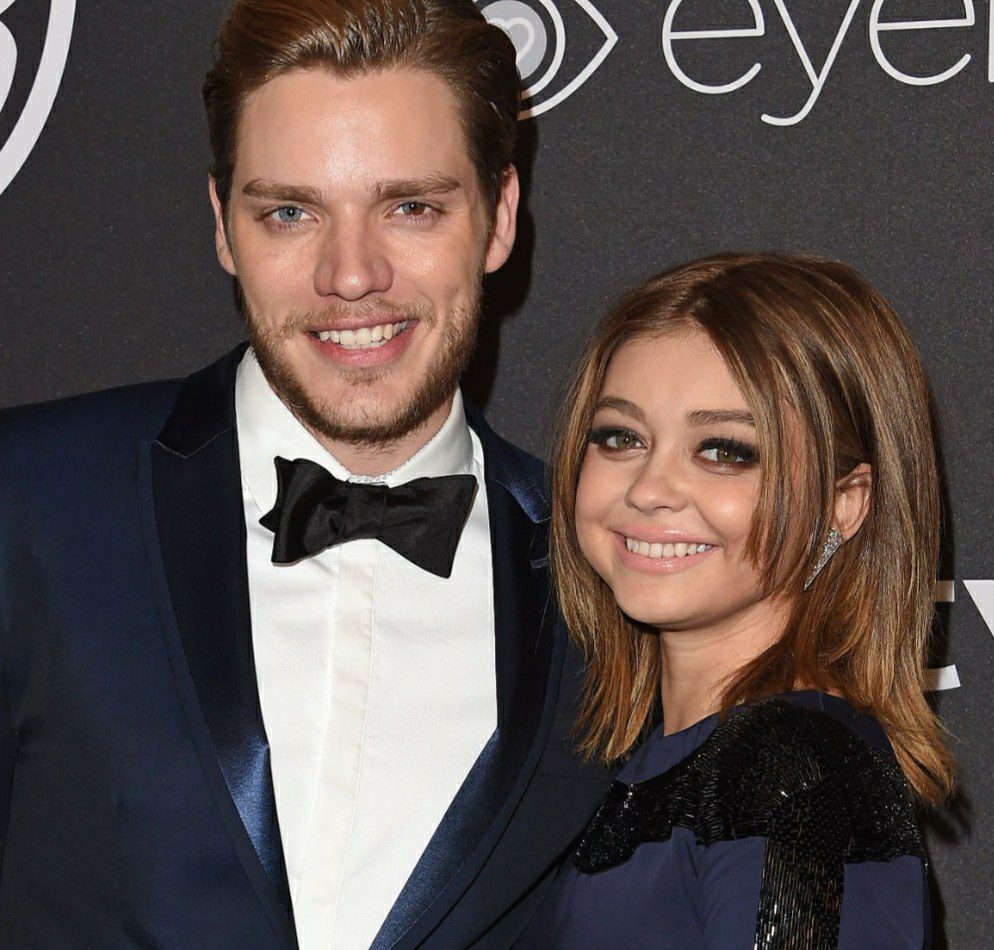 Moving on with Sarah Hyland’s relationship with Dominic Sherwood, the duo met each other while shooting for Vampire Academy back in 2014. In the following year, they were spotted sharing kisses in public. It was made pretty much open, and fans showered them with loads of love. In March 2015, both of them got matching arrow tattoos, and the actress posted on Instagram, “What did I do this weekend? Got some ink with my best friends.”

Sarah and Dominic seemed to be very much in love in February 2016. When asked about his then-girlfriend, the actor said, “Sarah makes me want to be a better version of myself. That’s what I love most about her. She inspires me to be the best version of me.” But, since the end of spring, they didn’t make an appearance on each other’s social media. That hinted to their fans about their split. But, one of their mutual friends stated that they “will remain friends, but notes that their relationship has simply run its course.”

Also Read: Did Wells Adams And Sarah Hyland Break Up?

Besides knowing the details of Sarah Hyland’s Ex-Boyfriend, fans are curious to learn more about the actress. Born on 24 November 1990, Sarah is 31 years old. She was born in Manhattan, New York, United States. As far as her height is concerned, she stands 1.57 meters tall. You can also follow Sarah Hyland on her Instagram account, having more than 9.2 million followers as of the day. 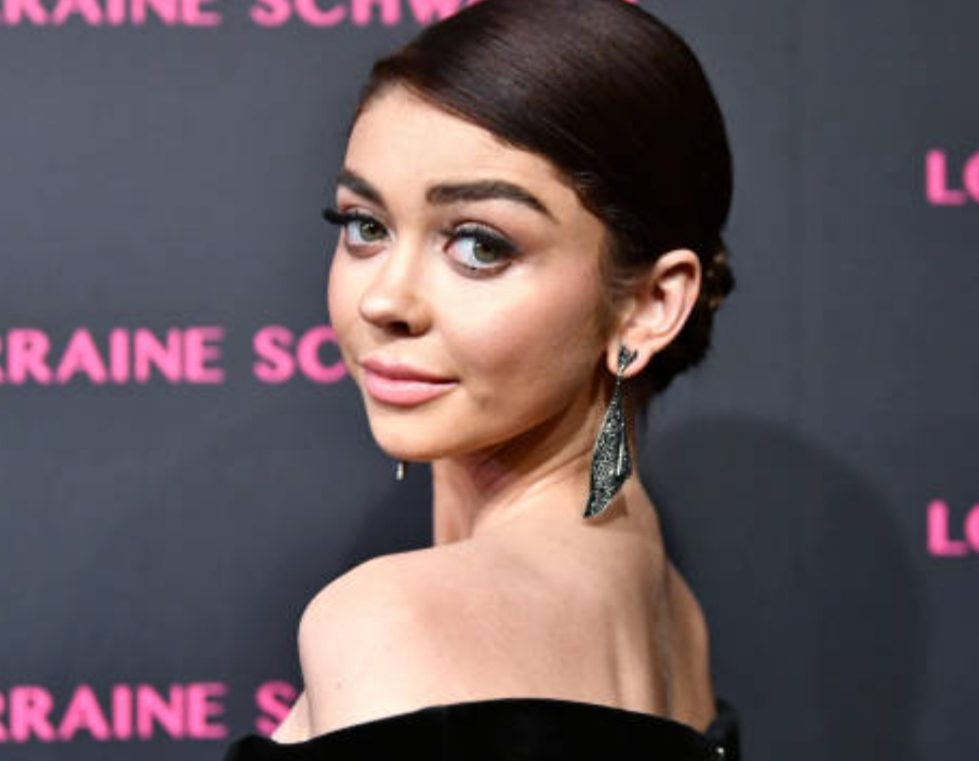 Sarah Hyland has numerous outstanding works in the industry, including The Object Of My Affection, Date and Switch, XOXO, See You in Valhalla, Geek Charming, Lipstick Jungle, Bonnie & Clyde, Veronica Mars, and many more. If you are one of Sarah’s die-hard fans, you will be happy to know that she is set to release her upcoming work, titled Pitch Perfect: Bumper in Berlin.

Little did you know, she is also a singer and gained appreciation from the audience for her incredible voice. The list includes Met At A Party, Don’t Think Twice, Don’t Wanna Know, and a few more. She has proved her versatility both in the film and music industry. Best Wishes to Sarah Hyland for the upcoming days of her career. Even though her relationship with Dominic didn’t last forever, Sarah is pretty much happy with her current boyfriend, more precisely, her fiance, Wells Adams. Hoping their romance lasts forever!

Also Read: Who Does Haley Dunphy End Up With In The ‘Modern Family’?