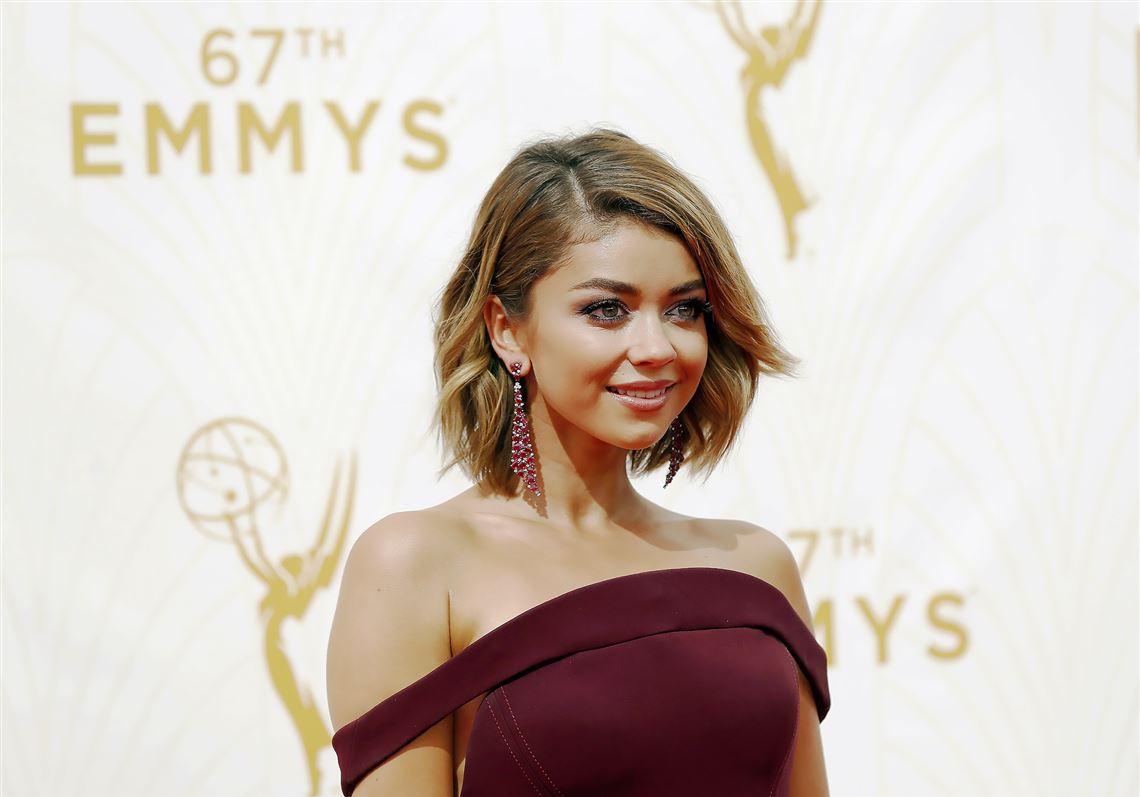 This article is going to cover everything about Sarah Hyland dating history. So, Sarah Hyland is an American actress and singer. The famous American actress Hyland was born in Manhattan and attended the Professional Performing Arts School. After that, she landed a small role in several famous films. She is famous for playing Haley Dunphy in the ABC sitcom Modern Family (2009–2020). For her performance, she received much acclaim, including four Screen Actors Guild Awards for Outstanding Performance by an Ensemble in a Comedy Series. And the actress also gets a nomination for the Critics’ Choice Television Award in the category of Best Supporting Actress in a Comedy Series.

The famous actress is also well-known for being a part of films Geek Charming, Struck by Lightning, Scary Movie 5, Vampire Academy, See You in Valhalla, XOXO, Dirty Dancing, and The Wedding Year. 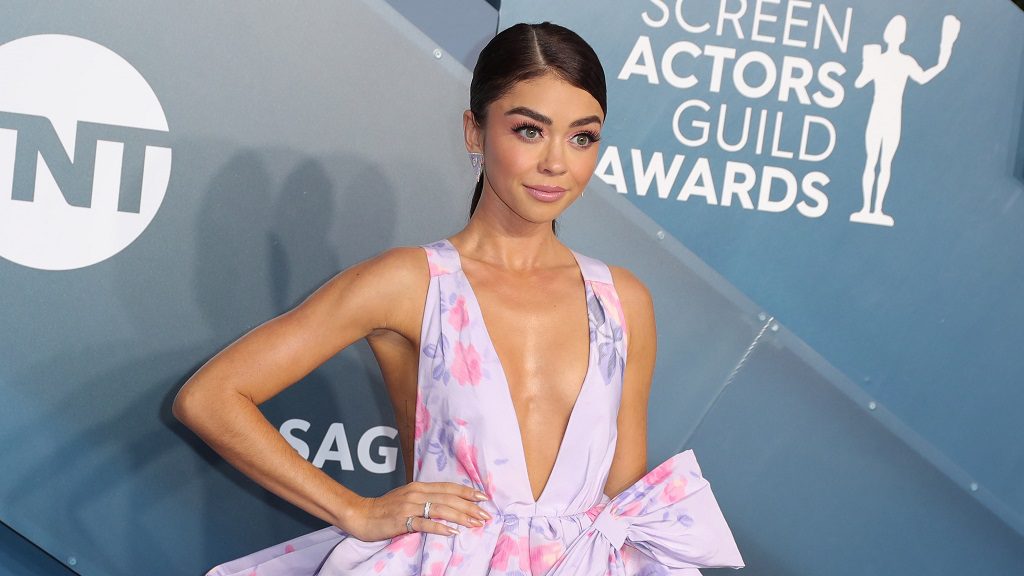 About The Famous Show

Sarah Hyland is one of the most famous American actresses of this generation, thanks to her starring role on the television series “Modern Family.” The show ran for over 11 seasons from 2009-2020. In an interview, she said that Julie Browen has been like a mother over the past 11 long years. She [Brown] is one of the strongest, smartest, most opinionated women I’ve ever met in my life. But she’s smart about having opinions,” Hyland wrote of her co-star in an essay for Glamour magazine while reflecting on the famous show and her on-screen family at the end of the show.

The famous actress wasn’t joking around when she actually said that Bowen, who played her mom role on-screen for over a decade, had an equally important and influential role in Hyland’s personal life off-screen, as Bowen revealed during a Livestream session with an American media company Skimm in January of 2020 that Hyland’s fiance, Wells Adams, asked for permission to propose to her.

Born on 24 November 1990, in Manhattan, New York, Sarah Hyland is a famous actress and singer. She is the daughter of actress Melissa Canaday and actor Edward James Hyland. He also has a younger brother, Ian Hyland. The famous American actress attended the Professional Performing Arts School in Manhattan. 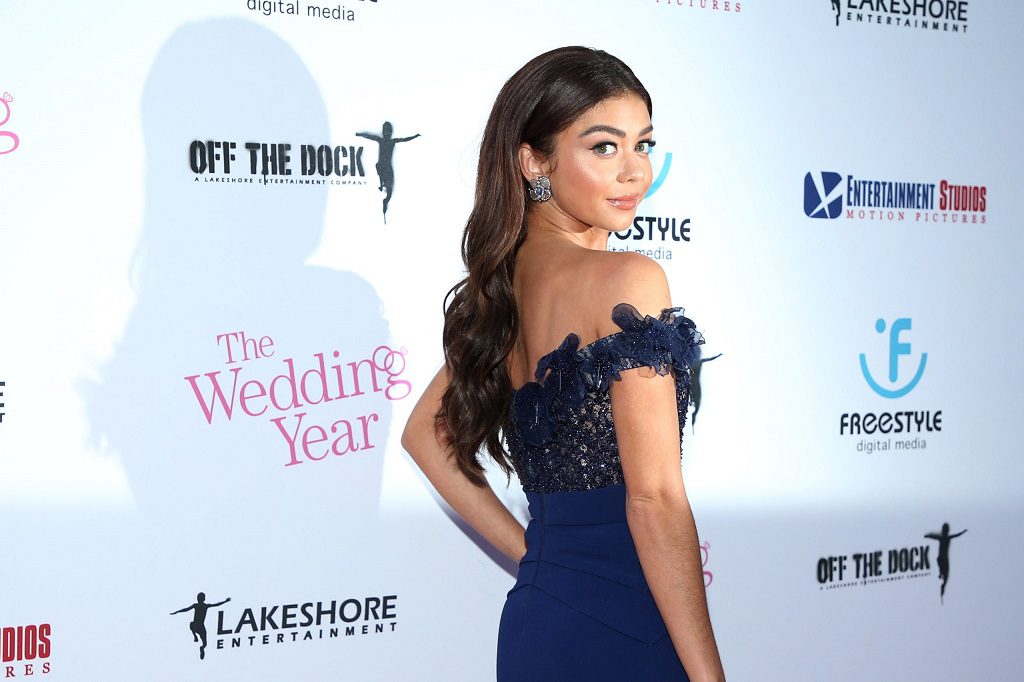 The famous actress has been in this field since her first major role as Howard Stern’s daughter in the film Private Parts. She then went on to catchy roles such as Molly in the year 1999 television film of Annie and Maddie Healy in Lipstick Jungle on NBC. Sarah Hyland was also seen in an Olive Garden commercial along with famous actress Molly Culver. The actress was also seen on Broadway as the young Jacqueline Bouvier in Grey Gardens.

The year from 2009 to 2020 is very curial for the actress as Hyland landed the role of Haley Dunphy on the ABC sitcom Modern Family. For which the famous actress and the show cast won the Screen Actors Guild Award for Outstanding Performance by an Ensemble in a category of Comedy Series each year from 2011 to 2014.

In 2011, the actress co-starred in the Disney Channel Original Movie called Geek Charming. Following year, Hyland has seen in the famous film Struck by Lightning. In September 2012, Sarah Hyland, the famous actress, was involved in a Nintendo 3DS ad campaign along with actress Dianna Agron and American gymnast Gabby Douglas. In addition to her musical projects and theatre productions, Hyland has performed in are Kerrigan-Lowdermilk, the famous 2013 concert.

The famous American actress from 2014 and 2018 was a co-host at the Disney Parks Christmas Day Parade (during Disney Parks Frozen Christmas Celebration and The Wonderful World of Disney: Magical Holiday Celebration). The parade included dancing and singing with Jordan Fisher(American actor). Hyland also features as a guest during The Wonderful World of Disney: Disneyland 60 (2016) and Mickey’s 90th Spectacular (2018).

The famous American actress Sarah Hylan has been dated so many celebs in her career. But none of her relationships worked well. So, the actress is on the journey of finding someone special, someone who can make her happy and feel special. Finally, the actress found her prince charm in Wells Adams, and it looks like they both are getting married. To know more about the actress’s dating history and her prince charm Wells Adams, read the article till the end.

The Actress Dated Max Ehrich Before The Break

Before giving her iconic performance in the role as Haley Dunphy on the wildly popular “Modern Family,” Sarah Hyland moved out to Los Angeles with her boyfriend, Max Ehrich. He is best known for his role on “The Young and the Restless” and for his whirlwind relationship with pop superstar Demi Lovato.

Ehrich revealed to Page Six in March 2019, “He finally decided to move out with a girlfriend at the time and experience LA.” He says that his girlfriend had done a Broadway show. And she actually earns enough money to let us stay at their estate in Beverly Hills. But soon after that, I ended up with her. The actress and Ehrich’s romantic relationship was short-lived, though, and the couple broke up in October 2008. After about one year of dating.

In 2009, Hyland was cast in the famous show “Modern Family,” which basically solidified her status as one of Hollywood’s rising young stars.

Sarah Hyland met the actor Matt Prokop in “High School Musical 3: Senior Year.” She actually was living with him by the following year. The couple starred together in the Disney Channel Original Movie “Geek Charming.” However, their relationship was nothing but a fairy tale, and the actress broke it off with Prokop in 2014 after she was enduring years of abuse from the actor.

According to court documents, Sarah Hyland was granted a temporary restraining order against her co-star after he choked her, called her bad names, threatened her, and engaged in other forms of verbal and physical abuse throughout their relationship. A judge eventually ordered the actress to impose a three-year ban against Prokop. “A lot of people like to believe this talk that once you leave an abusive situation, it ends right there, but it doesn’t happen at all. It only happens in the fiction world.

The Actress And Dominic Sherwood Dated Each Other

Shortly after splitting from her co-star Matt Prokop, Hyland star dating “Shadowhunters” star Dominic Sherwood. They both met on the set of their 2014 famous film, “Vampire Academy.” Although the pair dated for over two years, they decided that they were better off as friends and amicably parted ways in 2017. “It is genuinely mutual understanding and amicable, and they truly remain friends,” a close source to the couple told E! News at the time. Another source echoed E! News’ insider, telling People, “They aren’t dating anymore, but they both have mutual respect for each other and remain friends.”

The love story of Sarah Hyland and “Bachelorette” alum Wells Adams started the way many modern-day romances started: by slipping into DMs. “Have you ever seen those memes from ‘Slide In DM’? That. Wells Adams slid into my DMs,” Hyland explained during an appearance on “Jimmy Kimmel Live!” in January 2018.”I thought he was funny, and he was a fan of the show. Sarah Hyland saw him as the bartender [on ‘Bachelor in Paradise’], and I was like, ‘That’s so cute!'”

“I was like single that time, obviously, and was like, ‘This is awesome. You are stepping forward,” she added of Adams’ messages to her on her social media. “But I feel he is very confident and sexy, and I liked that.” The couple confirmed their relationship after months of romance rumors when the actress posted a picture of them dressed up as Eleven and Dustin from Netflix’s original series, “Stranger Things,” captioning the adorable picture, “Stranger things have happened.” 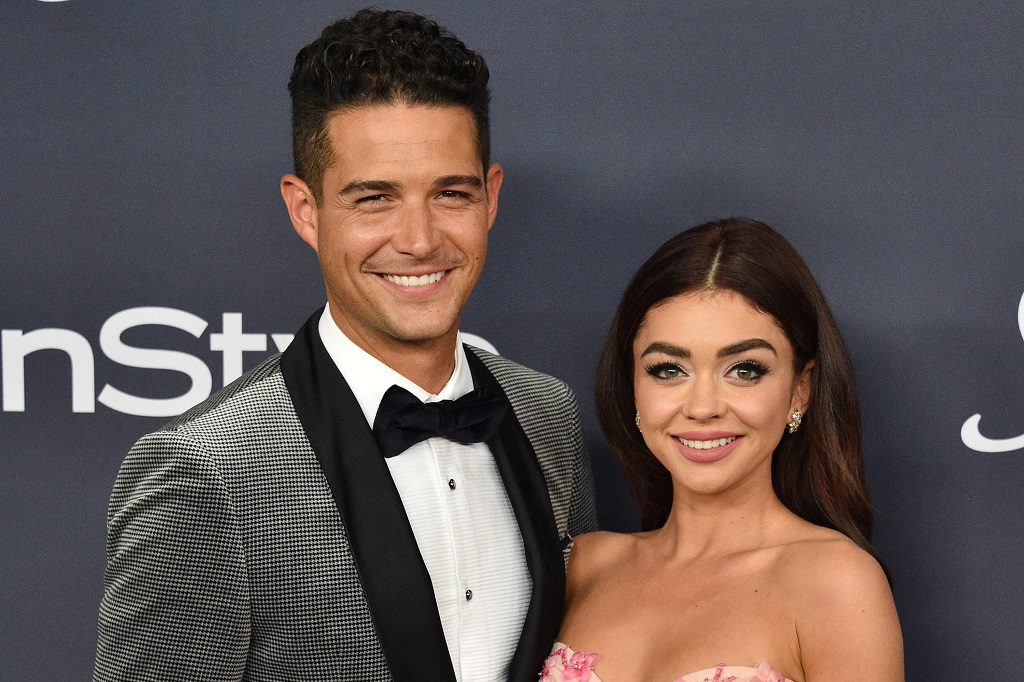 Sarah Hyland is a famous American actress and singer who has an estimated net worth of $14 million. Although Hyland is well-known for portraying the famous character Haley Dunphy in the successful Amer sitcom “Modern Family,” she is an experienced actress with many other credits under her belt. Throughout her career, she has earned several accolades, awards, and honors for her various roles in film and television projects.

Also Read: Who Is Amanda Kloots? All About Her Dating History!