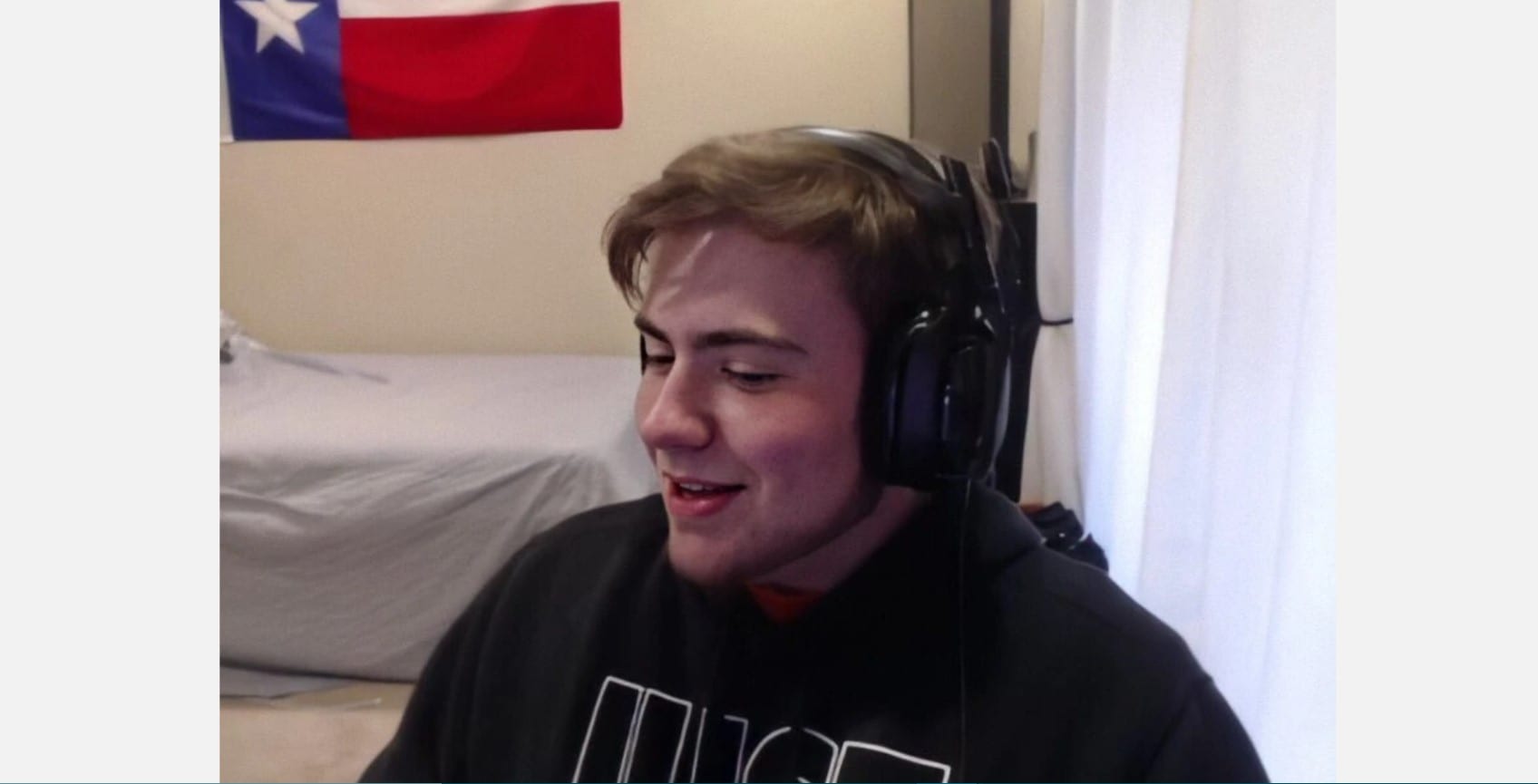 Sapnap is just 20 and is one of the best Minecraft creators on YouTube. H is also part of Dream‘s dream team. He is still gaining a lot of popularity and is currently an uprising YouTuber. Sapnap is also a gamer apart from Minecraft content creator. He became famous when his Minecraft YouTube video started getting viral. His real name is Nicholas, and his friends call him Nick. He is better known for his collaboration videos anyways. “Sapnap” is a Minecraft character from Minecraft. He began his YouTube channel on July 18th, 2019. The channel is solely based on his Minecraft games. It was after more than a year, on October 20, 2020, that his video went viral and gained 448.9k views in no time.

Initially, he started collaborating with YouTubers like Dream, BadBoyHalo, and GeorgeNotFound. His firsts collaboration was with Dream on Feb 24, 2020. The video was named “Minecraft Speedrunner VS Full Diamond Juggernaut.” The video gains literally “Juggernaut” views and marked the total number of views of 12.2 million. That was the very beneficial collaboration of Sapnap with Dream that increased his YouTube channel reach. However, he has posted only 6 videos to date on his YouTube channel. But his reach is unbelievable. He has a 1.24million subscriber and has 17.1 million total views.

Sapnap is also known for his multiple skills besides Minecraft. He is dexterous in Twitch, too, and has popular streaming in it. In August 2020, he marked a milestone along with the launching of his new YouTube channel called “SapnapLive.”

Sapna’s dating life is not that complicated. Like that of Dream’s dating life, Sam has got a very plain love life.

Look who I found… pic.twitter.com/klR6w7Izti

Who is Sapnap dating?

Currently, Sapnap seems to be single. He has neither mentioned his previous dating life details and not much about his present love life. As Sapnap has never been part of any controversy, it seems like he is less social. Unlike, Dream who was part of his ex-girlfriend’s accusations, Sapnap is very humble and quiet. Therefore, not much is known about his dating life. Currently, he seems to be single. Do not confuse yourself with Karl’s and Sapnap’s dating life. The duo is in a relationship but only on Dream SMP. That’s funny how the team describes their relationship based on romantic relations. Sapnap is not gay, and according to the details so far, he is straight.

However, there was a time when fans were just going crazy over one conversation with Dream team. The team was constantly teasing Sapnap by the name “Rose.” Sapnap’s friends and fans were all shocked and equally excited to know who the girl was. This happened nearly 11 months ago that is somewhere in 2020. People started to find that who is Rose. Whispers said that there are no details about the duo, but it has been a while since they are dating. Fans said that they are pretty cute together, and Sapnap even changed his sleeping schedule just for her. It was found that she lived in Australia and was Sapnap’s fan. However, there is no proof, neither did Sapnap even shared it with his fans. Rose was also Sapnap’s discord manager, according to fans.

Another anonymous report claimed that Rose donates a lot on streams. Her username is RosesIloveYou, and fans compare to Chlorine and Caitlyn because of her way of donating. However, it seemed like they had broken up nearly 9 months ago because of a long-distance relationship or something. One of Sapnap’s fans recalled Sapnap saying that he is single while he was streaming live.

Once in his lifetime, he participated in TheAustinShow’s Love or Host, where he chose Kaceytron. However, Kaceytron, in turn, chose love, and therefore they even went on few Minecraft dates too.

Therefore, for now, as details, Sapnap is not off the market and is currently single.

How successful is Sapnap’s Minecraft Career?

Sapnap has participated in many Minecraft championships. However, he has won only twice, and the other championships’ result is undeclared. Most of his collaborations are with Dream. He also has good relations with George and Skeppy. It even seems like Sapnap is more active on Twitch. He has an alternative account on Twitch.