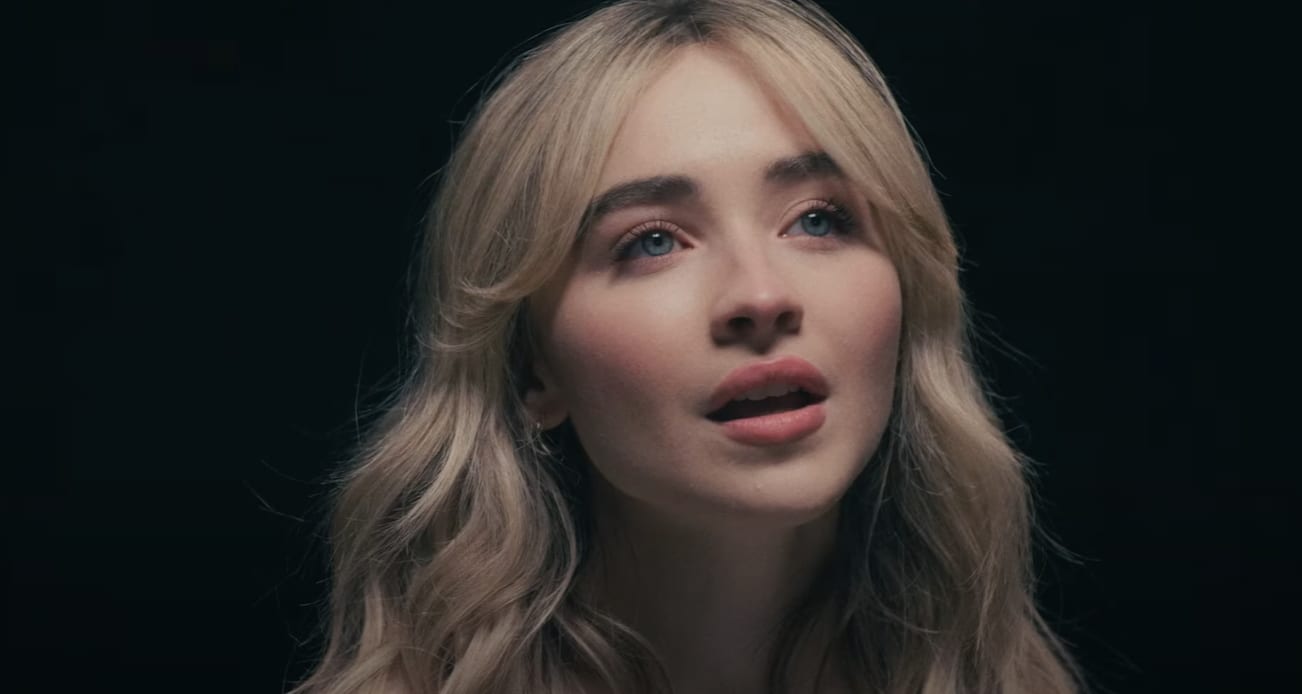 Do you know who Sabrina Carpenter is dating? Sabrina Carpenter is a well-known singer who has stolen our hearts with her catchy voice. Plus, she is a great actress. She had viewers swooning over her character in Disney Channel’s series Girl Meets World, which was a spinoff of Boy Meets World. She had played the role of Maya Heart, the rebellious best friend of Riley. And her role had become a very phenomenal and adored character. Viewers had enjoyed watching her act in the series, which had helped her to become famous. After that, in the year, 2014 had released her first debut EP, Can’t Blame A Girl For Trying.

Sabrina Carpenter is one of the most talented and caring celebrities we have ever laid our eyes on. She has a creative and positive mindset that radiates from her to her coworkers, friends, and fans. Fans have always liked the fact that she has been herself no matter what. Also, we have seen hints of her in her character Maya in Girl Meets World. Plus, she is absolutely beautiful and stunning. Fans cannot keep their eyes off her in her most recent music video, Skin. Honestly, many of us have not gotten over the song yet; it is so good.  Also, she has been linked to many people like her co-stars Steven Bradley Perry and Griffin Gluck. Find out who the amazing pop icon Sabrina Carpenter is dating now.

Who Is Sabrina Carpenter Dating?

Right now, the Girl Meets World star Sabrina Carpenter is dating The High School Musical Star Joshua Bassett. The rumors had started when both of the stars had been spotted together when they were protesting during Black Lives Matter in July 2020. Also, they were spotted together at lunch together but had kept quiet about their dating rumors. Then their videos during Halloween of dressing up as Sharkboy and Lavagirl fueled up the dating speculations. Later on, during the January of 2021, they were again spotted together again after which the rising superstar Olivia Rodrigo released her acclaimed song Driver’s License. Moreover, fans were confident that Driver’s License had been about Sabrina Carpenter and Joshua Bassett’s dating news. 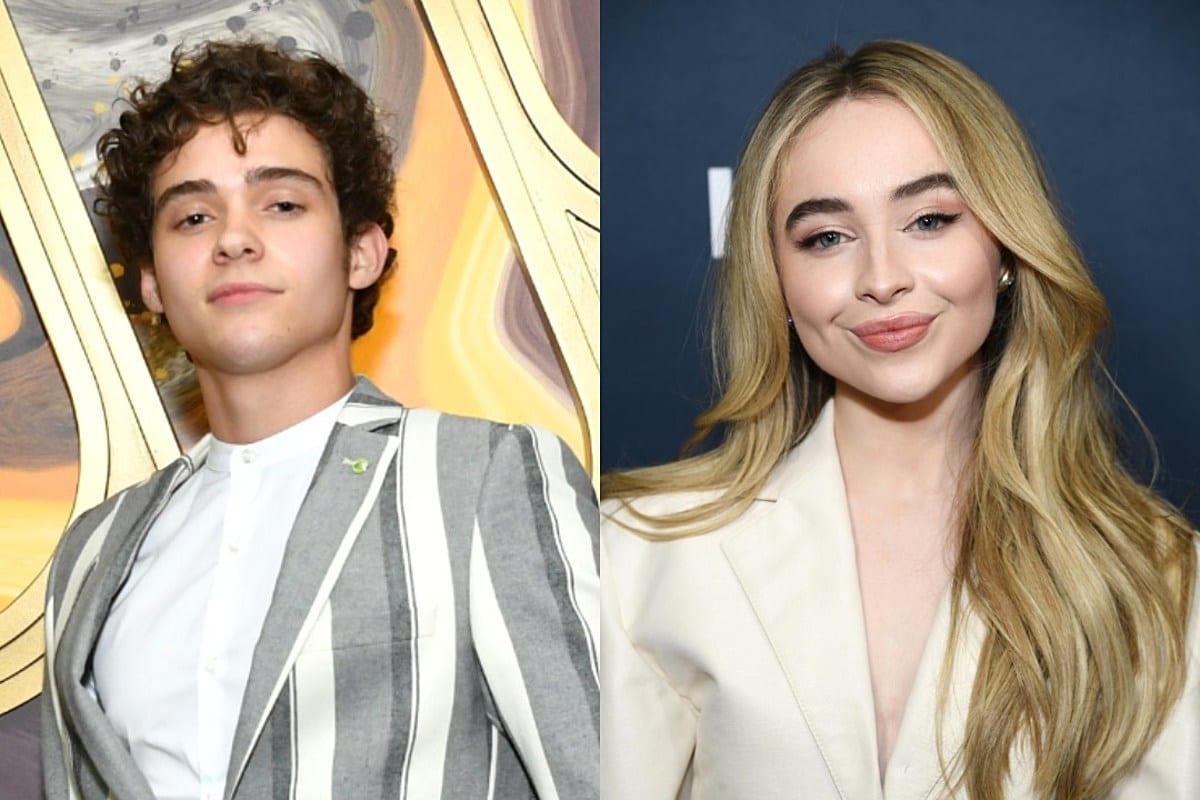 This had caused a fan war between Sabrina Carpenter’s fans and Olivia Rodrigo’s fans. Also, fans were also confident that Sabrina Carpenter’s Skin was a response to Olivia Rodrigo’s song. But in all, none of these two should receive any hate. Both of them are talented queens and must be given a lot of respect, and those who do not accept their talent should just stay quiet.

Besides that, she has also been in dating rumors with her Girl Meets World co-star Corey Fogelmanis. But she had denied the rumors when she had posted a birthday post for Corey Fogelmanis. In the post, she had revealed that they never had anything between them and are just close friends. That was a real bummer for some as both of them looked cute together. But if Sabrina is happy, then her fans are also happy.

The superstar Sabrina Carpenter was born on the 11th of May in the year 1995 in a place called Leigh Valley in Pennsylvania. Moreover, she was the youngest of her sisters Sarah Shanon and Cayla. Plus, she is the niece of the famous actress voice actor Nancy Cartwright. Her most long-running character was in the popular kids’ show The Simpsons, in which she had voiced for Bart Simpson. Carpenter had educated herself at home and had focused on her music since she was young. Her father had even built a purple studio for her to enjoy and make music. Also, did you know that Sabrina Carpenter had started posting youtube videos at the age of 10? 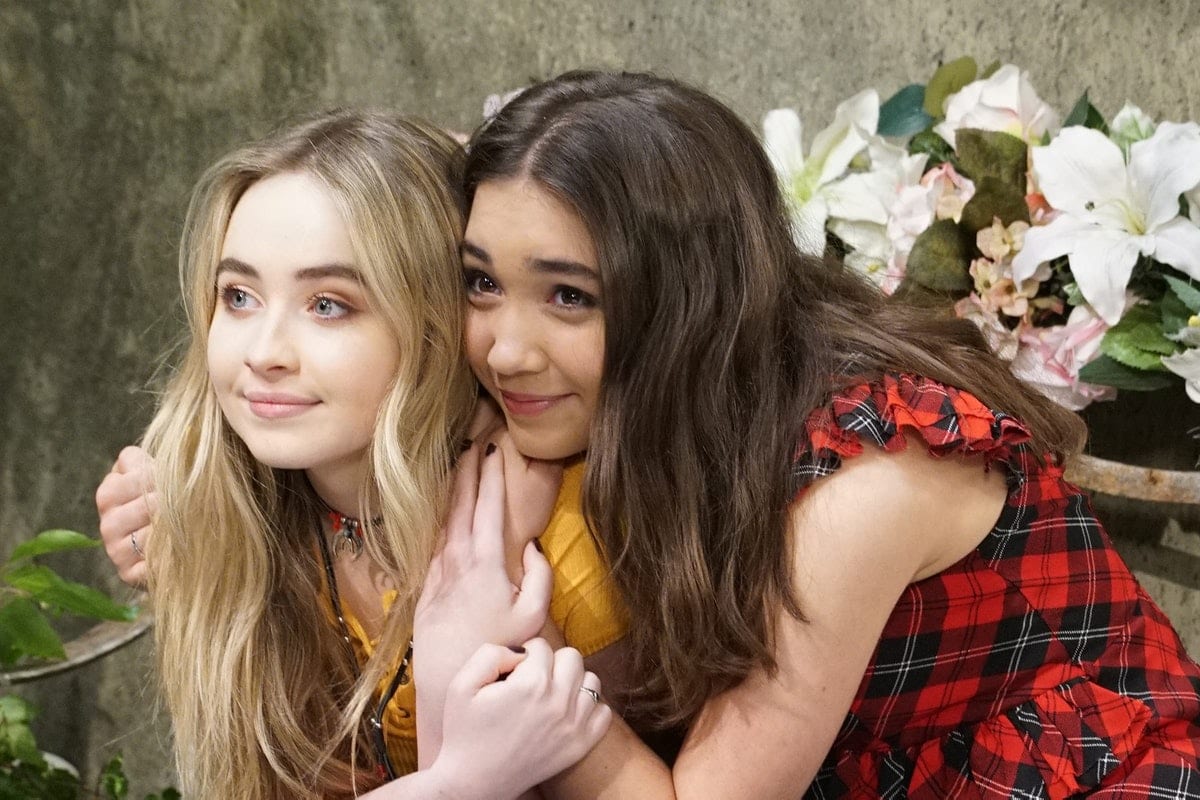 Fast forward in the year 2013, she had been acted alongside Rowan Blanchard for the Girl Meets World. There she had formed great friendships with her co-stars, especially Rowan Blanchards. Who knew you would become best friends with your on-screen best friend. All in all, she is a very fantastic person and is one of the most talented singers in the western industry.

Also Read: Why Did Gwen And Gavin Break Up? All About The Ex-Couple