Ryuji Ayukawa, better known as Yuka-chan, amongst her friends, is a gender-queer side character in the 2021 anime 'Blue Period'. 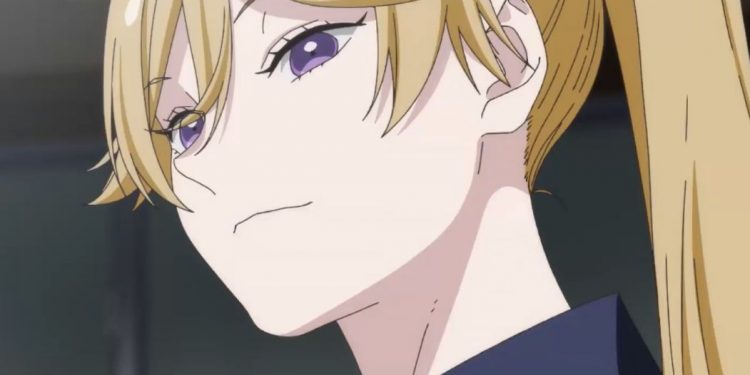 “Blue period” was one of the most awaited anime to come out in 2021. And yes, it was all that the anime and art lovers expected from the trailer. As an art lover myself, I was really looking forward to watching this anime. Even if one is not that into art, they will still enjoy story-telling of the many conflicts in the life of our protagonist and his group of friends. “Blue Period,” tells the story of Yaguchi Yatora, a high school delinquent who is also studious and gets good grades but seemingly has no purpose in life. Even though he hears compliments for his good grades and confirmations of a good future ahead, he feels empty inside. He wishes for something more fulfilling in his life than smoking with his friends, studying, and getting good grades. In his journey, he is accompanied by his old friend, Ryuji Ayukawa, but who is she?

During a good-natured quarrel with his classmate Ryuji Ayukawa, Yaguchi says that he would rather take the easy way out than fail to make ends meet as an artist. Seeing this, their art teacher tells him that it’s okay if he does not care for art itself, but she hopes he draws something he actually cares about for their art project. Yaguchi draws the blue early morning scenery of Shibuya street. He loves the street as he always goes there with his friends to get ramen. This is how his art journey starts.

Ryuji Ayukawa is a gender-queer bisexual side character in the new 2021 anime ‘Blue Period’. I would actually argue that she is almost a main character, too, considering how much the anime focuses on her struggles as well. Although her name is Ryuji, she goes by Yuka-chan for her friends in school. She usually wears a girls’ uniform in school and prefers using the pronouns she/her. We get to see her in the first episode jumping over Yaguchi’s friend’s head in the school corridor with her art supplies to get to a class. Her inner struggles as a trans female artist are told very beautifully as well as realistically in the story. It’s a real treat to watch this kind of story handled so well in an anime.

Ryuji Ayukawa, aka Yuka, is tall and slender with very pale skin. She has long blonde hair that reaches down to her waist and full bangs on her forehead, which are styled in layers. Yuka’s eyes are a dark, vibrant purple. She usually wears a mix of male and female school uniforms. Sometimes opting for the skirt with a boy’s uniform blazer, other times wearing boys’ slacks and a girls’ uniform blouse. However, with her long blonde hair, she looks very handsome and feminine. Yuka also loves wearing a cute maid outfit in the art cram school while painting, which again highlights her aesthetic choices.

Yuka is a boisterous and seemingly confident girl, despite having a lot of underlying anxieties. She acts cutesy around certain men she likes and has a flamboyant style. She attracts a lot of people and is well-loved by her friends. When placed in stressful situations, Yuka acts quite brash and impulsive.

While she is friends with Yaguchi, whenever they are together, they quarrel a lot. They are friends who call each other out when needed. Compared to this, when she is with her grandmother, Yuka is always sweet and kind. She does whatever her grandmother tells her because she loves her. For Yuka, her grandmother is the only family who loves her truly.

In one episode, after Ryuji decides to fail her Tokyo university of Arts admission test, her parents throw out all her stuff from her room. She got angry and believed that she could now run away from the house for good. But then her grandmother comes to Ryuji with the art supplies that she somehow salvaged.

Where to Watch Blue Period?

Since Blue Period is a very new anime, there’s only one season with 12 episodes. You can watch all the episodes on the streaming site Netflix.

Top Lee Hye Ri K-Dramas That You Should Watch!