Who is Ryan Spooner’s Girlfriend? All About Their Personal Life

Is Ryan Spooner engaged or is he married? The below article has the answers to all of your questions related to Ryan Spooner! 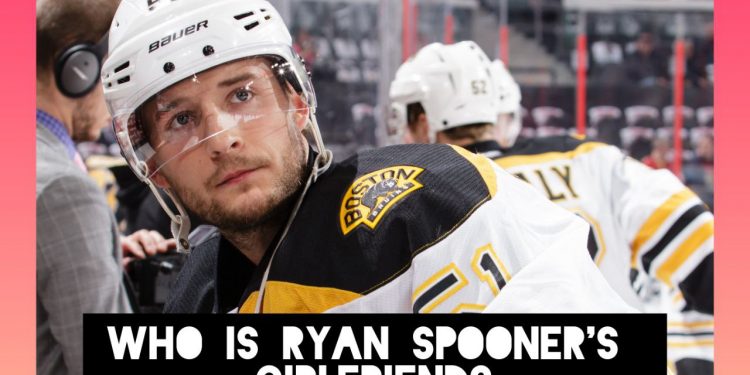 If you got captivated by the energetic moves of this Canadian professional ice hockey forward and want to know that who is that girl who got the key of his heart is, then follow us as we dive through both Ryan Spooner’s personal as well as professional life. Well, before anything else, we would like to let you know that Ryan Spooner doesn’t only have a girlfriend, but he is also engaged! So, who is Ryan Spooner’s Girlfriend? And are they public about their relationship?

As the below segments would open their flaps, you would be getting to know several interesting facts related to their love life. And before we move our focus to the main topic of today’s discussion, let us know a little more about Ryan Spooner. So, he plays for the Avtomobilist Yekaterinburg in the KHL- Kontinental Hockey League. In the 2010 NHL Entry Draft, Ryan Spooner was selected by the Boston Bruins in the second round, 45th overall. Then, his experience list describes him previously playing in the National Hockey League (NHL) for the Boston Bruins, Edmonton Oilers, New York Rangers, and Vancouver Canucks. His successful journey is also lined with several awards and honors! And now, let us answer the most awaited question, who is Ryan Spooner’s Girlfriend?

Who is Ryan Spooner’s Girlfriend?

Ryan Spooner is currently dating Peyton Parker. And now, it’s been several years that the two are sharing a sweet bond of love. Lately, on 19th June 2020, Peyton posted a photo showing the ring which Ryan gave her while proposing. And the very next day, she had also posted a photo describing the moment when he asked Peyton to be his better half!

And then, on 9th July 2020, Peyton posted a picture flaunting some custom smash boxes, which she captioned that now it’s been officially revealed that the World’s hottest bridal party is coming in 2022. Following this, she announced their engagement publicly. They got engaged on 10th July 2020! The beautiful pictures are the witness that now Peyton Parker is officially the fiancée of Peyton Parker. Moreover, the wedding bells are ringing at a little distance! The Instagram feed of Peyton Parker is full of adorable pictures of the couple celebrating their love!

His full name is Ryan Bradley Spooner. The 5 ft 11 in Canadian professional ice hockey forward was born on 30th January 1992 in Canada. And so, very soon, he would be celebrating his 30th birthday! From the very start, Ryan Bradley had kept his game of the top-notch! During his junior career, he scored 30 goals with Peterborough of the Ontario Hockey League in 2008-09. He finished with 58 points in 62 games. His start was to the point, but unfortunately, he got sidelined for eight weeks following his broken collarbone in January 2010.

However, his records were potential enough to help him in bagging the William Hanley Trophy as the league’s Most Sportsmanlike Player. With the advancement in his skills, he turned into a pro and was then assigned to Providence of the American Hockey League out of the 2012 training camp. In his first year, he finished with 40 assists and 57 points in 59 games. He had a plus-14 rating. In 2012-13, Providence won 50 games and also grabbed the Atlantic Division of the Eastern Conference. Soon after, he was enlisted to the league’s All-Rookie Team.

Once Ryan Bradley Spooner got an opportunity to showcase his talent in February 2015 when David Krejci got one of his knees injured. Ryan used this opportunity to its fullest. He scored eight goals and 18 points in 29 games. And so, he was rewarded with a two-year contract extension. Spooner’s 2015-2016 season signaled his arrival with the Bruins. Ryan Spooner settled in as a third-line center, and over 80 games scored 49 points. It is the fifth-highest on the team.

Korean Celebrities Who Sadly Passed Away In 2021