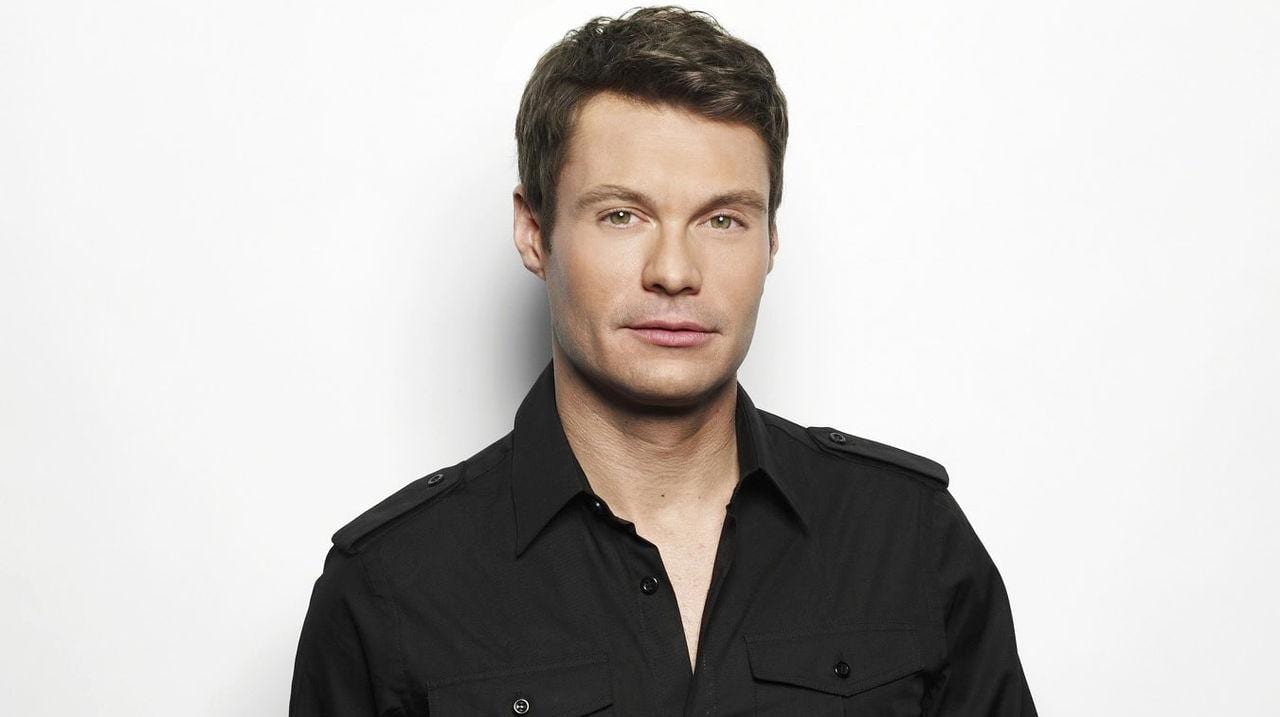 Every one of us is familiar with the popular television reality show ‘American Idol’ host, Ryan John Seacrest. Ryan Seacrest is also the co-host in ‘Live with Kelly and Ryan’ and seen in other shows like American Top 40 and On Air with Ryan Seacrest. He was able to win people’s hearts with his kind, thoughtful and confident personality and is one of the most loved talk show hosts.

With his rising fame, his personal life also fell under the interest of his fans. We will eventually discuss his past dating life and the person who Ryan Seacrest is dating currently.

Besides being a host, Ryan Seacrest is also an American radio star and producer. In the show, ick Clark’s New Year’s Rockin’ Eve aired in 2006; the 46-year-old appeared as a co-host and was also the executive producer of the show, and continued hosting till 2012 following Dick Clark’s death. The popular show ‘Live’ made its debut in the 1980s, and in 2017, Ryan joined as a regular and permanent co-host in the television show, ‘Live with Kelly and Ryan’ along with Kelly Ripa, who hosted the show since 2001. The morning talk show mainly discusses pop culture and their daily lives; they also invite musical guests, talk to them and enjoy their performances. 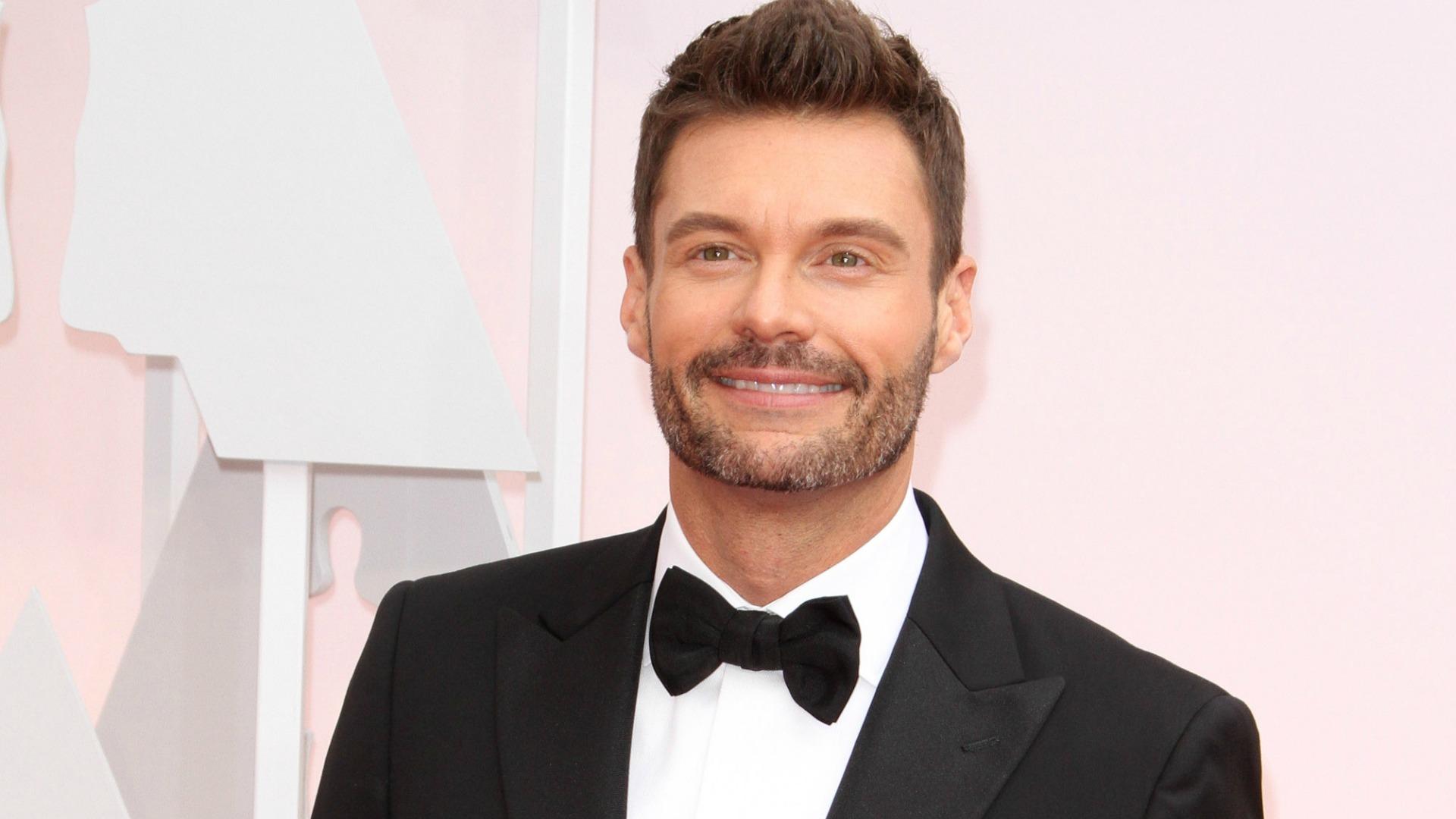 More About Ryan Seacrest, Including His Early Life-

Ryan Seacrest was born on December 24, 1974, and is currently 46 years old. He grew up in Atlanta, Georgia, U.S, and from a young age, he had an inclination towards being a speaker instead of playing with his friends. His father was a real estate lawyer and served as a Lieutenant in the US Army. His grandfather also served the US Army.

In his high school years, he studied in Dunwoody High School, and in his last year, he got an internship offer in Atlanta, 94.1 WSTR (FM), and under the guidance of Tom Sullivan, he became a regular RJ. His first ever show of his broadcasting career was also offered by Sullivan. He overnight got another offer of weekend overnight at WSTR. After he graduated from the University of Georgia in 1992 in journalism, he worked as a regular radio jockey at a local Athens station until he decided to work in Hollywood and build a broadcasting career. 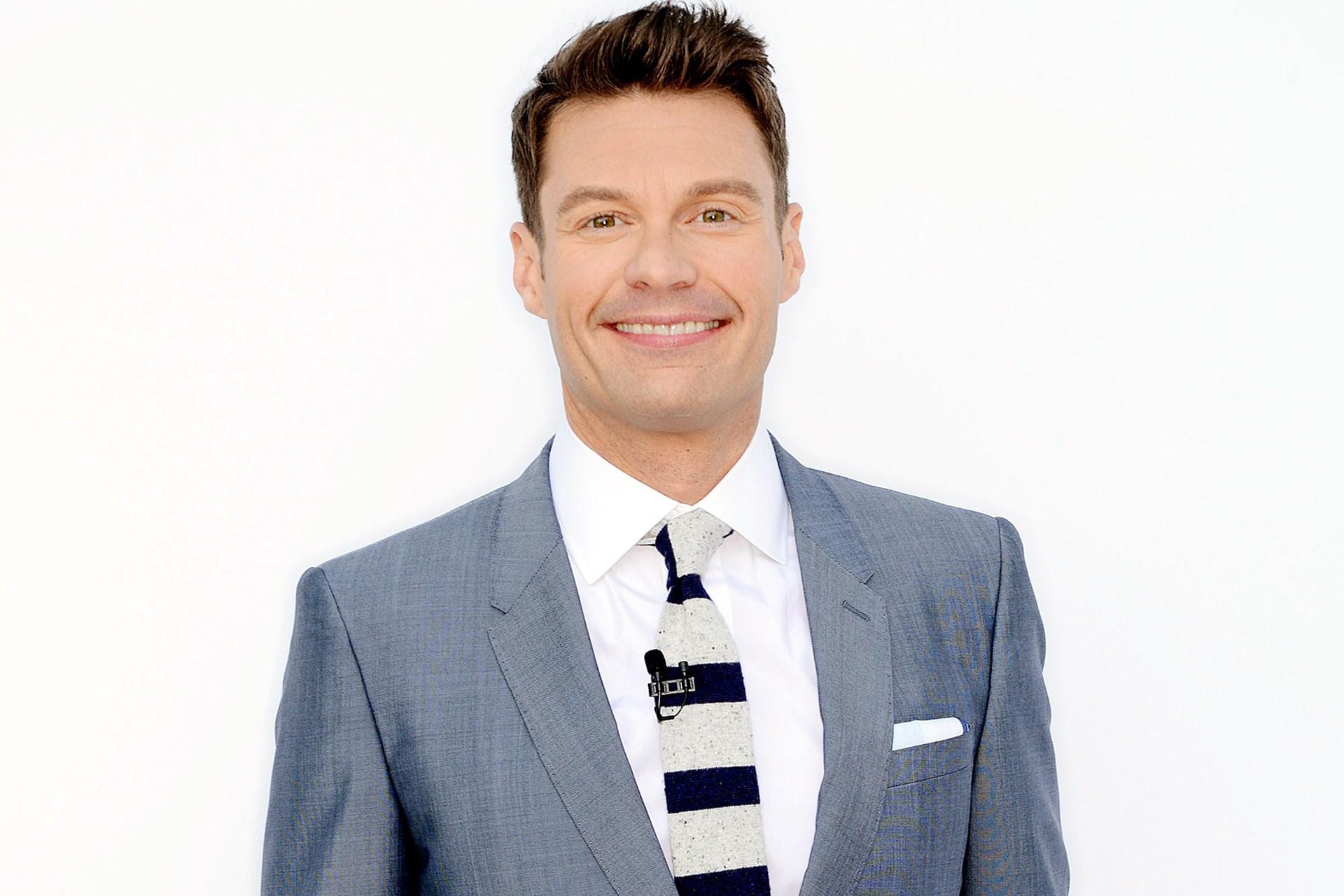 In 1993, he appeared in the first season of ESPN’s Radical Outdoor Challenge as a host. He didn’t look back since then; he hosted multiple other talk shows, news channels, and kids’ game shows. He was also the host of the popular NBC Saturday Night Movie and Ultimate Revenge, a reality television show. He got recognition from those shows, but hosting an American Idol Fox reality television series became his biggest breakthrough, and he received immense popularity globally from it. The show also crossed 26 million viewership every week. In the following season, he charged $45 million from CKX to continue to host in the talk show and became the highest-paid reality television host. He continued to host American Idol till April 2016 and promised his fans in his show ‘Live with Kelly and Ryan’ that he would appear in the new American Idol series. 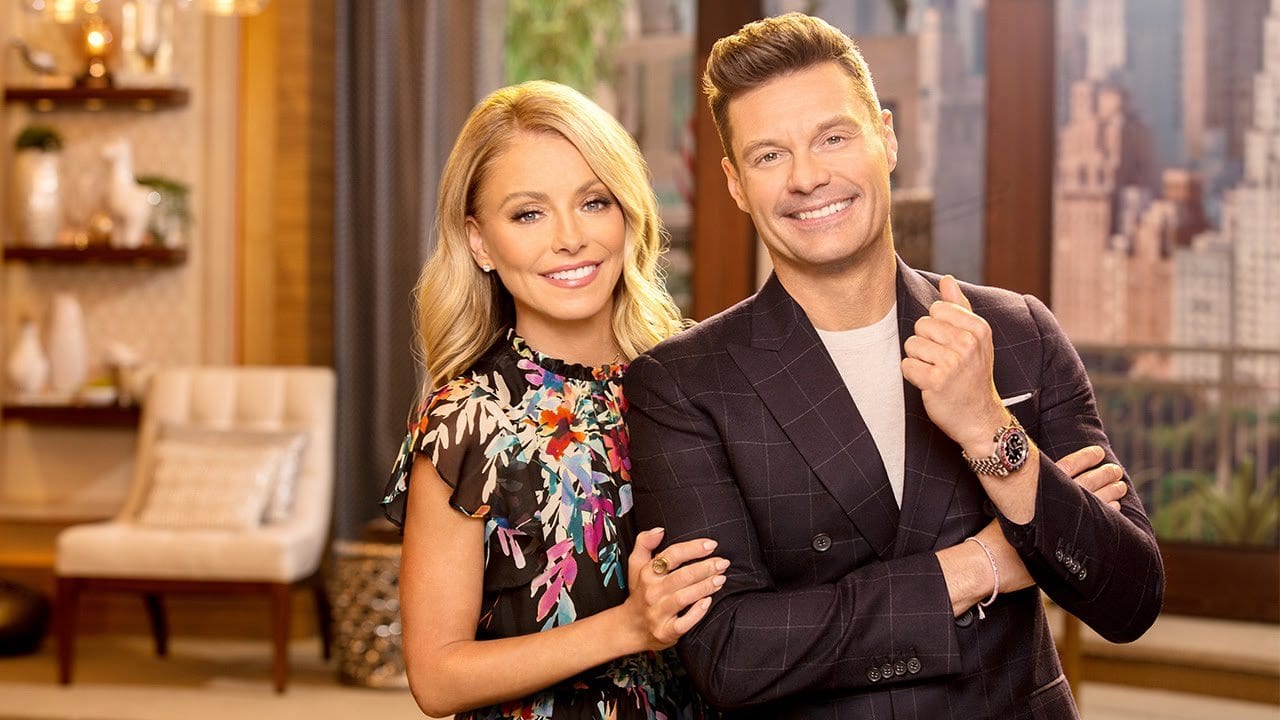 Ryan Seacrest and his co-host Kelly in the show “Live with Kelly and Ryan.”

He was also involved in the production of the very popular television reality show, Keeping Up With The Kardashians, and also produced other spin-offs of the show. Other shows he produced include ABC reality series Jamie Oliver’s Food Revolution, which won an Emmy Award, Melissa and Tye, and Shahs of Sunset. Ryan also launched his own clothing and accessory line with the retail partnership with Macy.

Ryan Seacrest’s estimated net worth is $450 Million, according to 2020 reports.

All We Need To Know About Ryan’s Past Dating Life-

Ryan is known in Hollywood for his good looks and has dated a few women in his career. In his early years, he was linked with Shana Wall, a model, and actress and had reportedly broken off after two years. In 2006, he was spotted kissing an actress, Teri Hatcher, clicked by the paparazzi. Though they claimed nothing more happened between them, and they were never seen together after that incident. In 2009, Ryan met Jasmine Waltz at a West Hollywood lounge and was rumored to have dated for a few times. They are very often spotted at different parties and occasions. 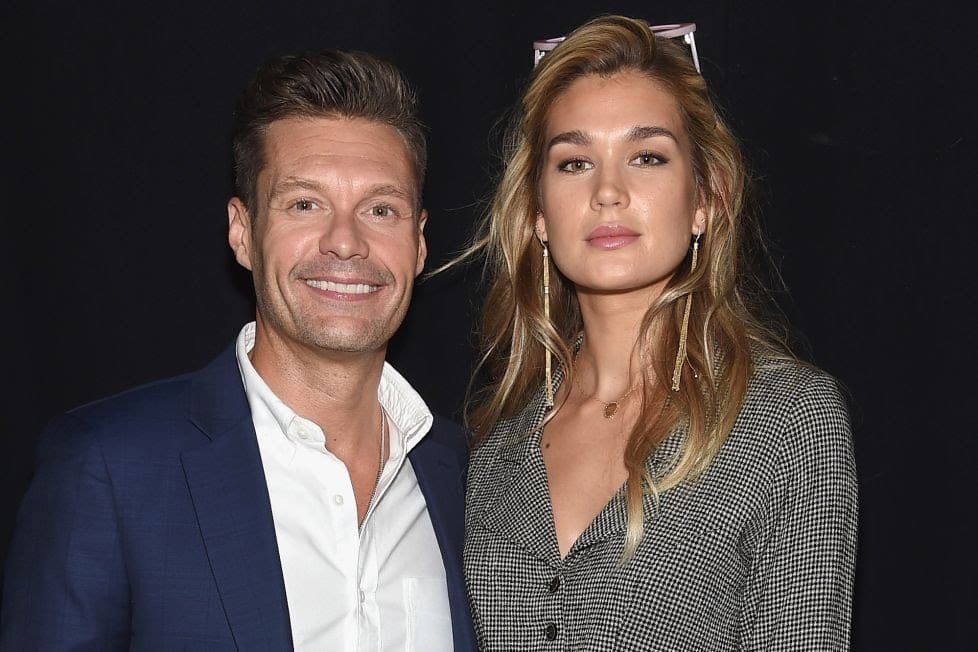 Ryan and his ex-girlfriend, Shayna Taylor

Ryan dated Julianne Hough, a professional dancer, actress, and singer, for nearly three years and unfortunately split in 2013. He was rumored to have a few flings with Renée Hall and Hilary Cruz while being in an on and off relationship with Shayna Taylor. Ryan and Shayna had an interesting as well as a complicated love story. They both initially started dating in 2013 and caught people’s attention because of their 17 years gap between them. They split after a year and came back together in 2016. Ryan had a few rumors in between. They dated for three years and called it quits for the second time. They came back in 2019 and declared they finally broke up in May 2020.

Who Is Ryan Seacrest Dating? 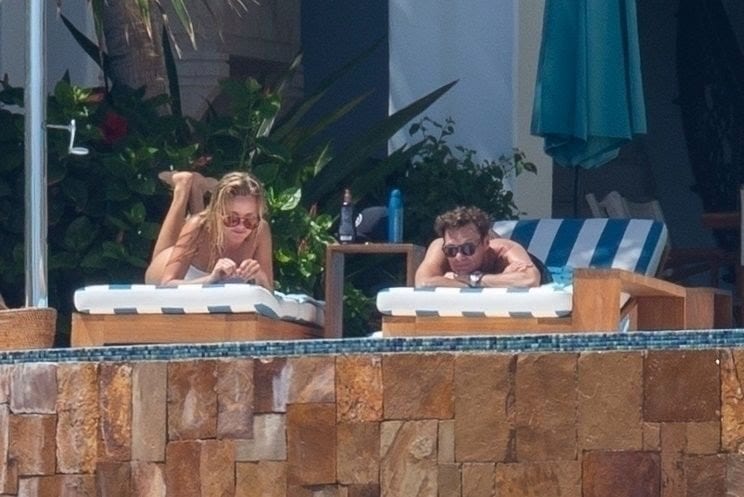 Ryan Seacrest spotted with a mysterious girl enjoying a vacation

Ryan Seacrest is reportedly dating someone secretly. After Ryan Seacrest’s split with her long-time girlfriend, Shayna Taylor, Ryan was spotted with an unknown female enjoying a vacation in Cabo. The name of his present girlfriend is a mystery, and we are expecting to know it in the future. Till then, we wish them luck for their future.