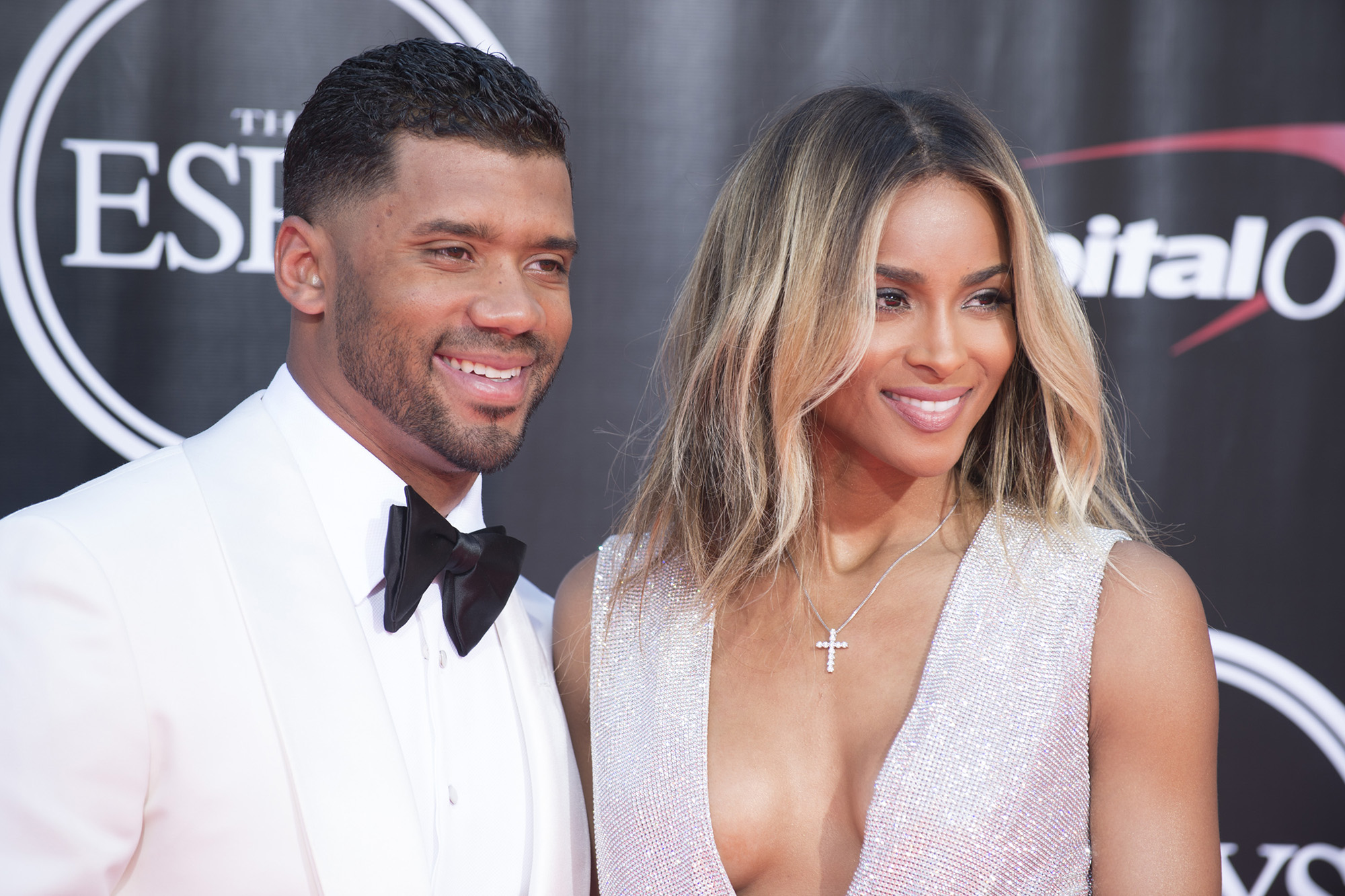 Russell Wilson, an American football Quarterback, is the most wanted man of the American football association. Russell has everything that a girl looks for in a man. He is tall, dark, handsome, successful, and religious. Who doesn’t want to marry a man like him? However, the most chased man fell in love with a singer and songwriter named Ciara. They both met each other in 2015 after Russell stepped out of his marriage with Ashton Meem. Russell and Ciara started dating in 2015, and within a year, they announced their engagement. On 6th July 2016, the couple exchanged their vows at the Peckforton Castle in Cheshire, England. 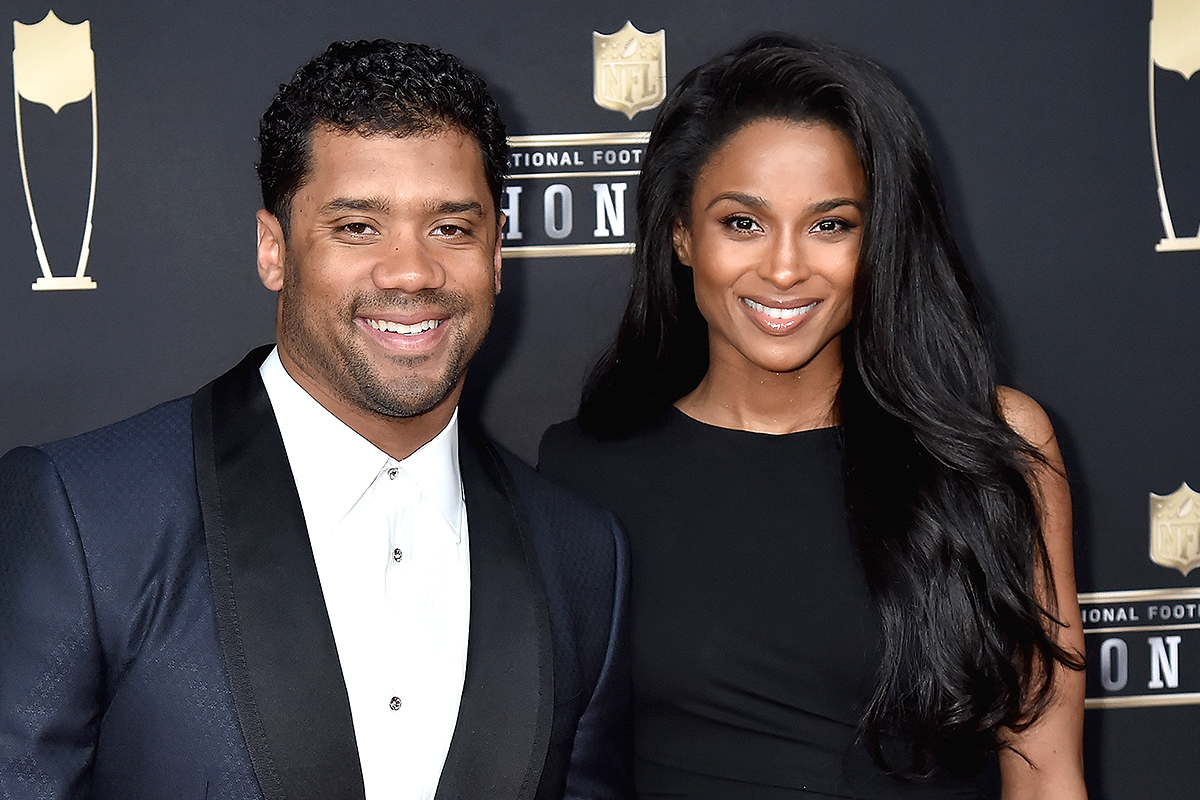 Russell and Ciara Together. (Credits: People.com)

When Russell was asked about his marriage, he smiled his eyes down his some and said it’s marvelous. The couple has been married for five years now, and they are already blessed with two lovely kids: A girl and a boy.

Did Russell Was Cheated In His Last Marriage

Before stepping into a union with Ciara, Russell was married to his high school love Ashton Meem. Ashton and Russell met each other when they were in high school. Ashton was with him during his struggling years, and as soon as Russell felt that he is worthy enough to put a diamond on Ashton’s finger; He proposed to her.
Ashton and Russell got married with the blessing of their in 2012. However, the high school lovers couldn’t make it to adulthood, and the couple decided to file a divorce in 2014. However, they both attempted not to make their divorce an ugly end.

But, still, there were rumors that Ashton was having an extramarital affair with his fellow teammate Golden Tate. On being asked about Golden Tate, Ashton promptly refused and said that she always has been loyal to Russell and there is no need for her to prove her loyalty to anyone.

Golden Tate also issued a statement on the same and said He is not dating or sleeping with anyone’s wife. He added to his statement that he is not interested in anyone who is entitled to be a wife or a girlfriend. He also made it very clear that he has nothing to do with Ashton and Russell’s divorce.

Russell Wilson issued a statement on the rumor, and he said Ashton and he has been in love since high school. Even though things didn’t turn out the way they wanted doesn’t mean he respects her anymore. He added by saying Tate and Ashton both have been his partners, and he trusts them and wishes them all the happiness they deserve.

Russell And Ciara Lived Happily Ever After!

Russell and Ciara met each other in 2015, just a year after Ciara and young called off their engagement. Ciara and young were engaged from 2013-2014, and she was heartbroken because of it. She even released a song about it called I Bet. The song portrays her ex betrayal as the lyrics say, “I bet you will start loving me as soon as I find someone better, better than you.”

By the end of the year, the singer shared a quote on her official Instagram page that said, “Love is like a wild cat; It will pass your way when you are not looking for it.” Fans suspect that the quote was for Russell. As when they met each other, they both were still recovering from the ashes of their past relationship; And both of them were not looking forward to falling in love. But love can find weird ways. Rusell made it official when he held Ciara’s hand publically at the White House Correspondents’ Dinner in April 2015. 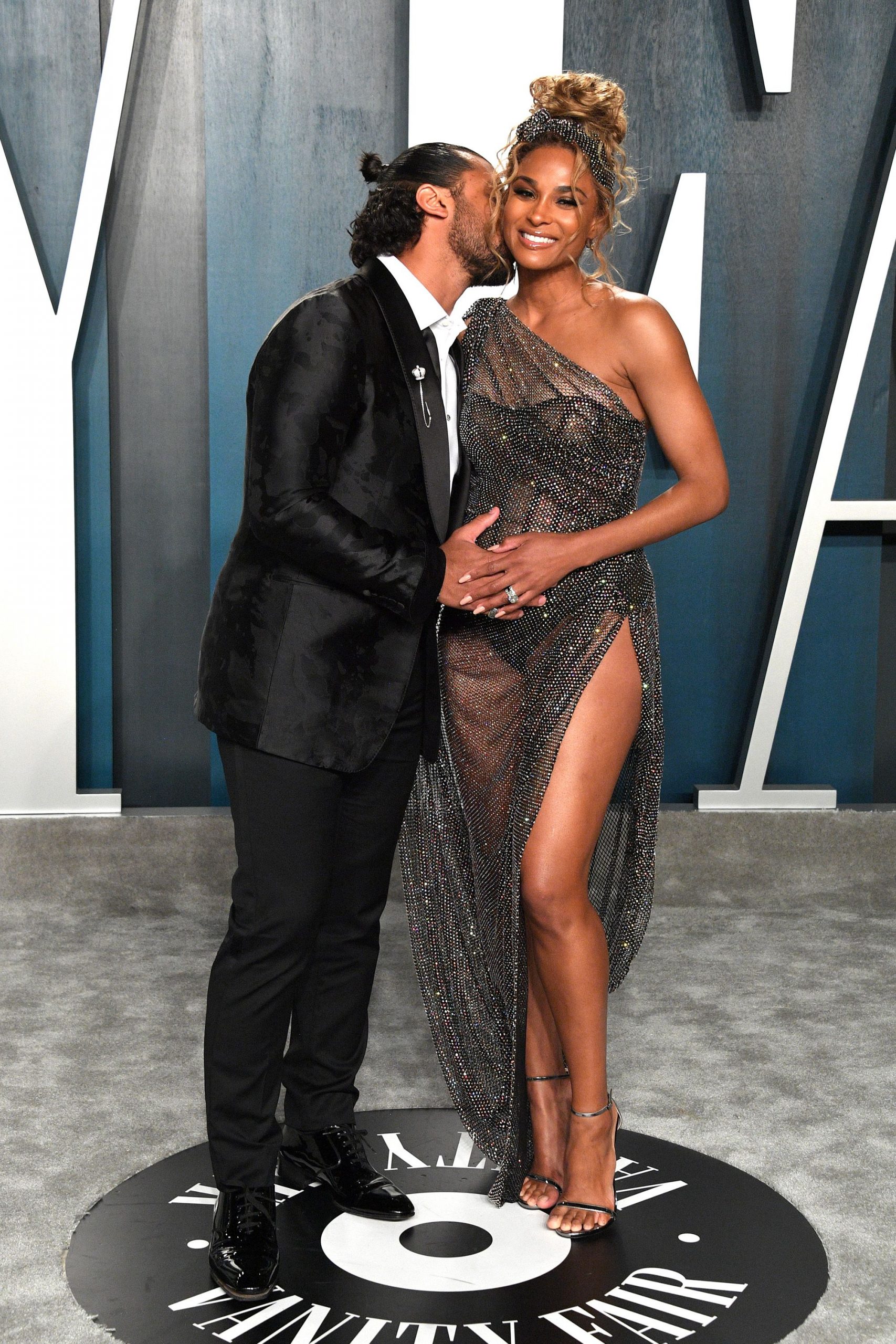 The player then proposed Ciara on a surprise vacation to Seychelles, and She Said Yes!

The couple found a lot of common ground to share. Russell and Ciara both are religious and have complete faith in Christianity; They vowed celibacy until they got married. In 2017 the couple had their firstborn, and it was a girl. Last year the couple shared that they are expected a second child, and in July, Ciara gave birth to their son.