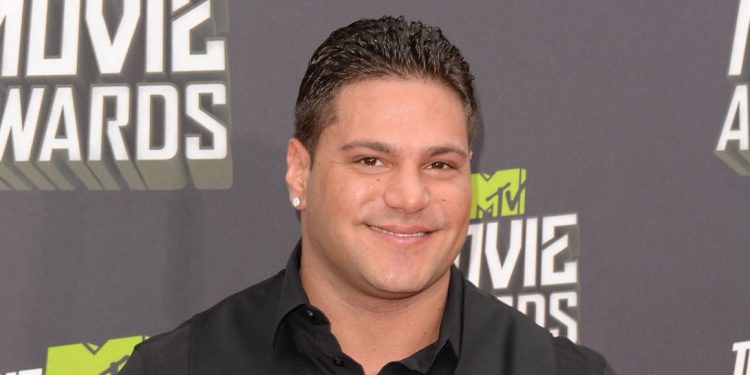 Ronnie Ortiz-Magro, the reality TV star from Jersey Shore, has been in a few relationships over the years, but he’s currently completely off the market. As a result, fans are very much eager to learn the identity of the woman who has captured the MTV personality’s heart. Here’s what we know about Ronnie Ortiz-Magro’s girlfriend. But first, let’s take a look at Ronnie Ortiz-Magro. Ronald Ortiz-Magro, on the other hand, was born on December 4, 1985. He is an American television personality who is most known for being one of the eight main cast members of MTV’s Jersey Shore reality show. His parents were multi-ethnic when he was born. His father, Ronald Magro, is an Italian-American, while his mother, Constance Ortiz, is a Puerto Rican. Ronnie was born in the Bronx, a borough of New York City.

Ronnie Ortiz-Magro is a citizen of the United States. His only sibling is his half-brother James. There is currently no information regarding his educational background accessible. He began his career in real estate with his father. Ronnie landed a role as one of the eight main characters on MTV’s hit reality show Jersey Shore in 2009. He was a member of the show’s regular cast for six seasons before it was discontinued in 2012. In October 2011, he made his debut at TNA Wrestling’s Impact Wrestling in Macon, Georgia. Ortiz and his Jersey Shore co-stars participated in the film The Three Stooges in 2012. Ortiz-Magro was detained in Los Angeles on fresh felony domestic violence allegations on April 22, 2021. Ortiz was on probation at the time of his arrest for a domestic violence incident that occurred in October 2019.

Saffire Matos is Ronnie Ortiz-Magro’s girlfriend right now. In June 2021, Ronnie proposed to his fiancée Saffire Matos on the beach in Santa Monica, California. The pair has had its ups and downs, but they have stayed together through it all. They got engaged in June 2021 and celebrated their engagement with a huge celebration in October. The 35-year-old captioned a snapshot of him and his girlfriend Saffire on the beach with “Thank you for standing by my side no matter what condition was” as the happy pair announced their engagement on Instagram.

We’ll be together with each other until death does us part!” The rose gold engagement ring was “just a bit under seven carats and is valued at roughly $150,000,” according to Ronnie, who chose an oval-cut diamond since he knew she’d appreciate the look. While the Instagram photographs suggest that the couple is still together, rumors of troubles in paradise persist. Ronnie and Saffire haven’t picked a wedding date yet, but we’ll let you know as soon as they do. We may be able to see the couple’s wedding in a future episode of Jersey Shore: Family Vacation, as we have for previous cast members.

His past never-ending love-hate relationship with fellow Jersey Shore cast member Sammi “Sweetheart” Giancola will be remembered by audiences. For the entire six seasons of the original program, Ronnie and Sam would make up just to split up again. Then, in 2017, Ronnie made a cameo in the show’s spinoff Jersey Shore: Family Vacation, where he was once again involved in a destructive relationship with Jenn Harley. Ronnie and Jenn had multiple violent altercations and run-ins with the law during their troubled relationship, which lasted from 2017 to 2019. Thankfully, the famous couple has found a way to co-parent their 3-year-old daughter Ariana Sky amicably. Ronnie is now dating Saffire Matos, according to reports.

Saffire Matos is five years younger than Ronnie, having been born on August 28, 1990. Saffire was born in the district of Staten Island in the state of New York. She now resides in New York City, according to her Instagram account. Ronnie, on the other hand, is on the west coast, having recently purchased a new home in Los Angeles, California. It’s unclear how frequently the two see each other. Saffire stands 5 feet 5 inches tall. FRIENDS is claimed to be her favorite television show, and she enjoys “traveling, reading books, and watching movies.”

Saffire is a makeup artist who specializes in lashes. She’s even started her own business, Lashes By Bear. Saffire’s nickname “Bear” appears to be the inspiration for the company’s name. Her goal is to make sure that all of her clients leave with “healthy” lashes as well as the “look” that they had hoped for. Ronnie’s net worth is estimated to be over $3 million, while Saffire’s is reported to be around $350,000.

Also Read: Who is Bradley Simpson’s Girlfriend? Who Is The British Pop Singer Dating?