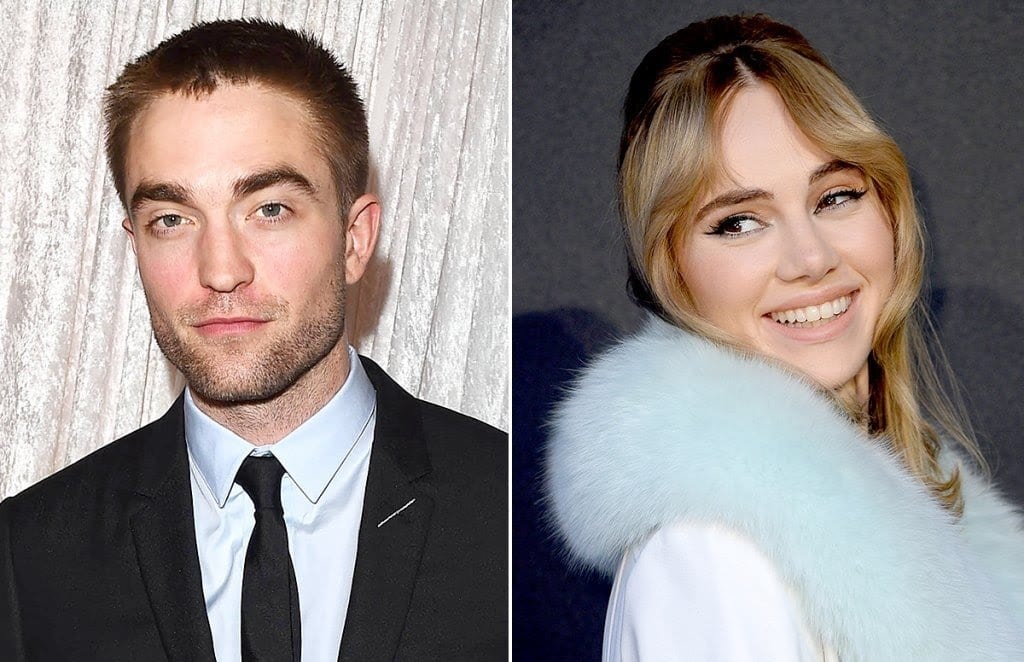 Almost everyone across the globe is aware of the famous Hollywood star, who is mostly recognized for the role of Edward Cullen in The Twilight Saga. The actor had created headlines all these years in his career numerous times, either his roles, acting, his humorous nature, and dating life. Having a huge female fan following, the question often arises that who is Robert Pattinson dating, and in this article, we would be spilling the answer! However, Robert Pattinson is currently trending because of his upcoming movie, The Batman.

DC shocked everyone by revealing that Robert Pattinson is going to be the next Batman, and soon after the teaser was released, which created quite a commotion and the fans could not contain their excitement on the cast as it came as a total surprise. Soon after the trailer was released, the movie had faced multiple rumors, controversies, critics overall. 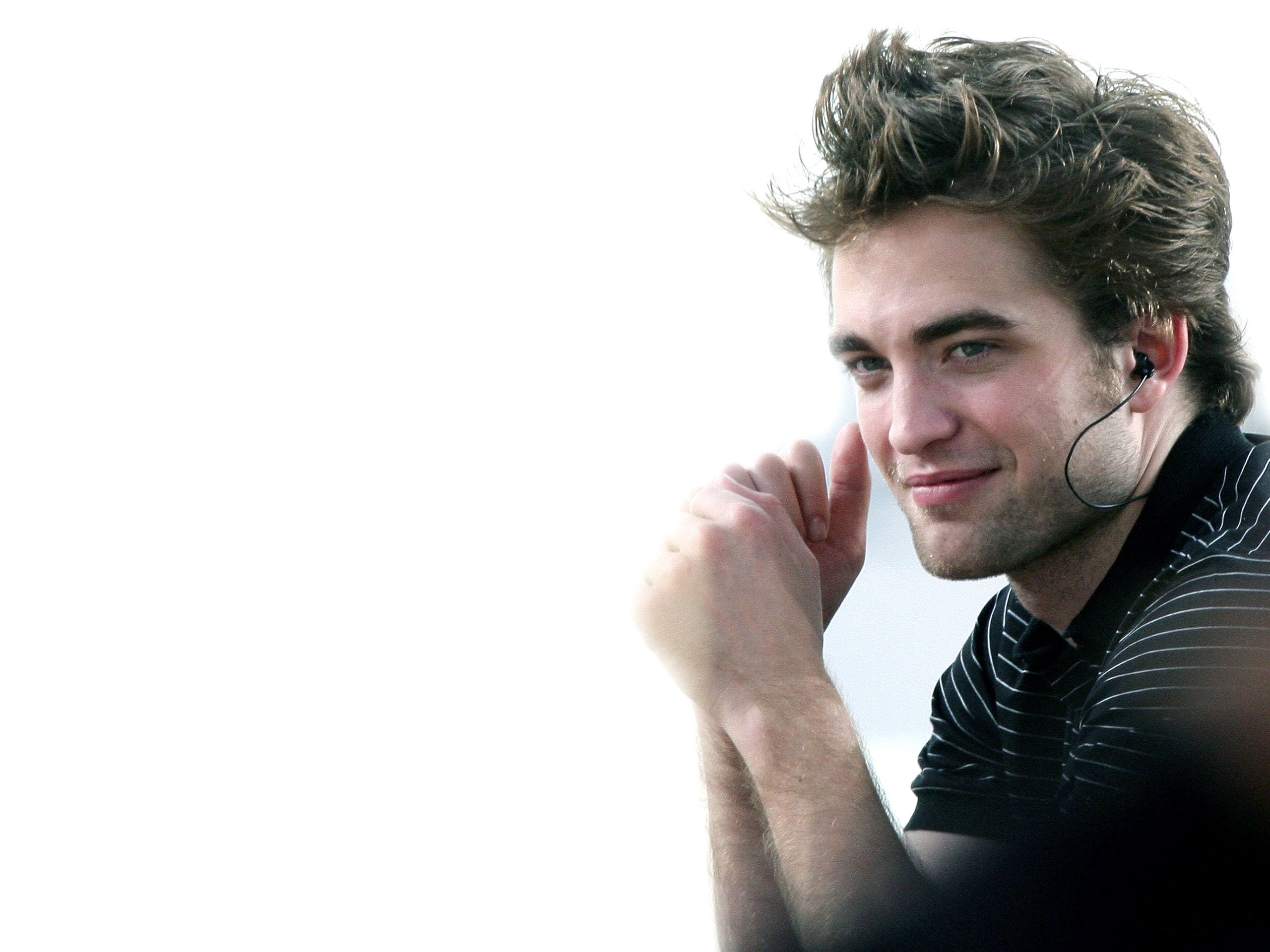 The 39-year-old actor has starred in multiple movies in his career and is known for his exceptional acting skills.

The subplot was reportedly leaked, and it matched with the subplot of the franchise, and the current rumor is ‘No Kill’ rule of the Dark Knight. A subreddit account named DCSpoilers, which has more than 500k followers, has posted the rumor that Robert Pattinson would be given another Batman suit, which is different from the one which we saw in the trailer. The DC fans are skeptical about the issues and wondering why is the movie facing so many leaks, and wondering if to increase the hype of the movie, as previously there were rumors that Robert Pattinson might drop from the movie. Whatever it is, the movie is surely gaining more attention and hype as the curiosity keeps building, and fans are finding it too hard to wait till 2022 to see if the rumors about the movie are true or not.

Also Read: Are Hyeri And Ryu Jun Yeol Still Dating, What Happened Between Them?

So, let us get back to the Robert Pattinson dating life and know who the lucky person is. 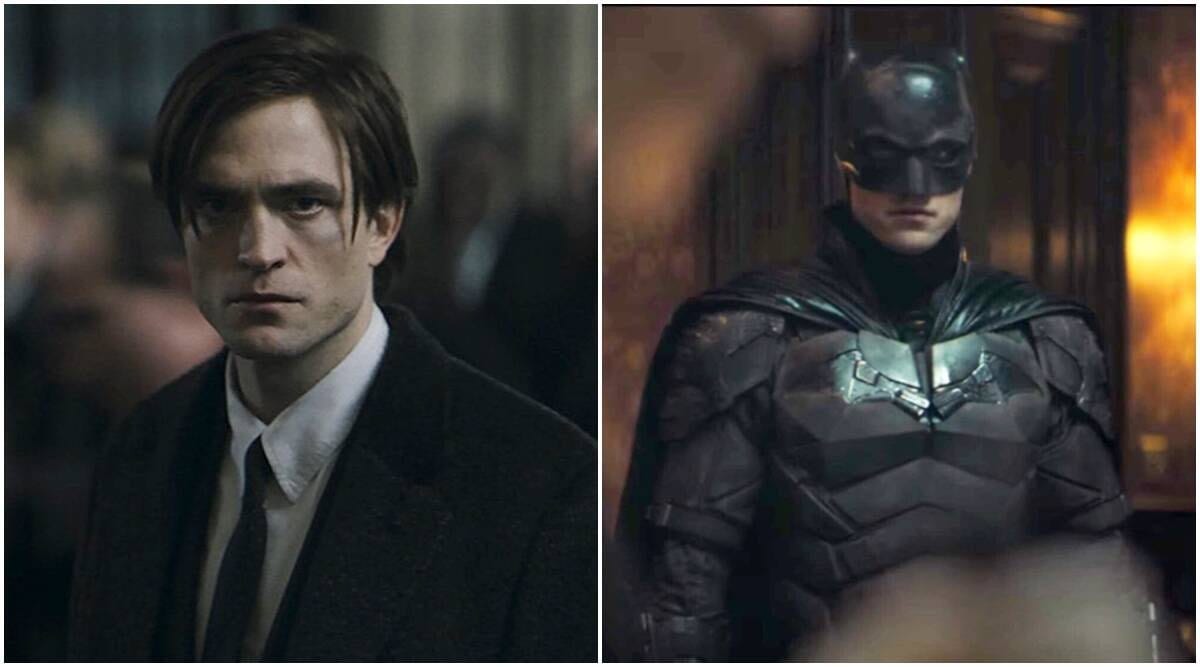 Robert Pattinson in the 2022 release, The Batman teaser.

Who Is Robert Pattinson Dating?

Robert Pattinson is one of the most attractive men, not only in Hollywood but also globally. He was acknowledged as the “Sexiest Men Alive” in 2008 and 2009, continued by many other such titles. He is also a gentleman and has a good record for being polite to the media and his fans, and wins everyone’s heart. And these are enough reasons for him to have a large female following, which also increases the curiosity about his personal life, though he doesn’t like the idea of speaking about his relationship publicly. 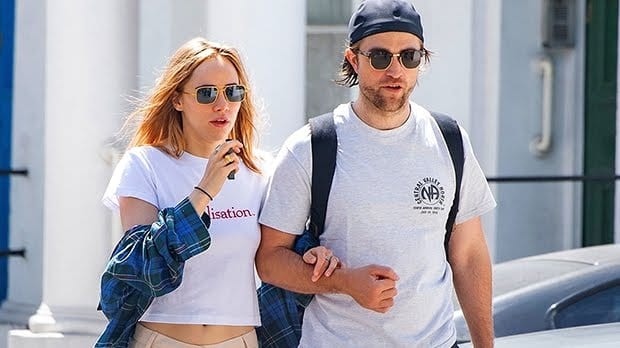 Robert Pattinson and Suki Waterhouse are dating and keep their relationship secret.

The person Robert Pattinson dating is Suki Waterhouse, and the couple has been together since 2018. Though they are extremely private and are hardly seen together, and were pictured together at the beginning of the year. They are also facing engagement rumors, as a secret source revealed that the couple is deciding to get engaged at the end of this year. The couple currently lives together in London, and we got a small hint from Suki on her Instagram post, as she uploaded a picture of her in her bedroom where we could see a photo frame at a distance, where Suki and Robert are kissing. Though the picture was blurry, it was the only hint we got from the actors voluntarily, and we were glad to see the adorable couple together. 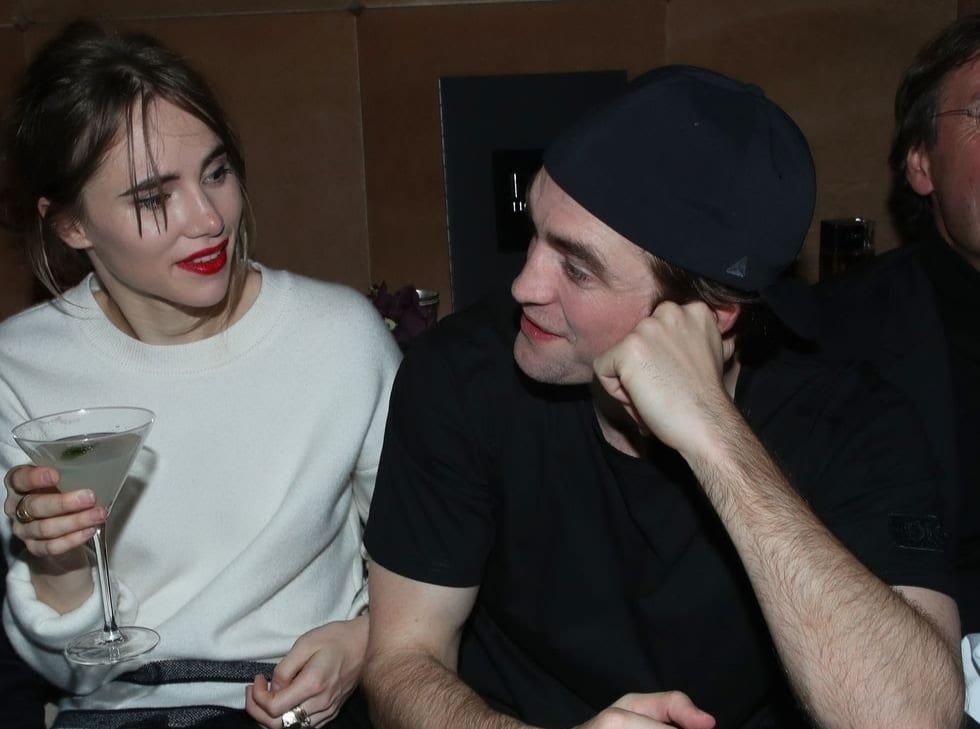 The couple is rumored to be engaged this year.

However, Robert even expressed his discomfort about been pictured and remarked in a Sunday Times interview that he feels uncomfortable just like any normal person feels uncomfortable when any stranger takes their picture or asks about their relationship. He also spoke about the lack of privacy in a celebrity’s life, and there’s a line between on-screen and off-screen to the performers. 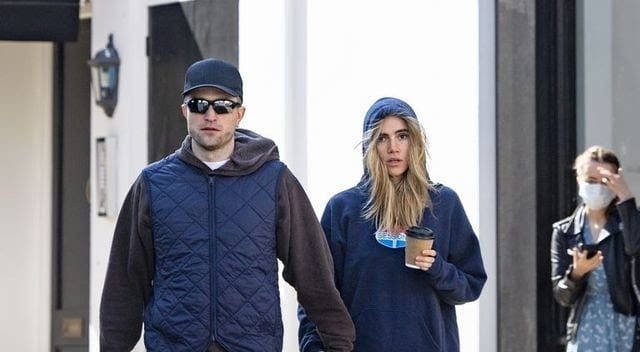 One of the rare times, the duo are clicked together by the paparazzi

All of these clearly say that he wants to live and date like a normal person. We wish them good luck and happiness.

Robert Pattinson has previously dated few beautiful women, among which his popular ex-girlfriend is Kristen Stewart, his Twilight co-star, and their on-screen, and off-screen presence was unmatchable. However, they broke up in 2013 as Kristen was found cheating on him, and their relationship timeline and breakup had gained attention and made headlines during the time. Pattinson then dated a singer-songwriter FKA Twigs and broke up after three years. The reason for their breakup was supposedly the large number of hate Twigs received from Robert’s female fans for dating him. This also might be one of the reasons Robert maintains privacy in his dating life. 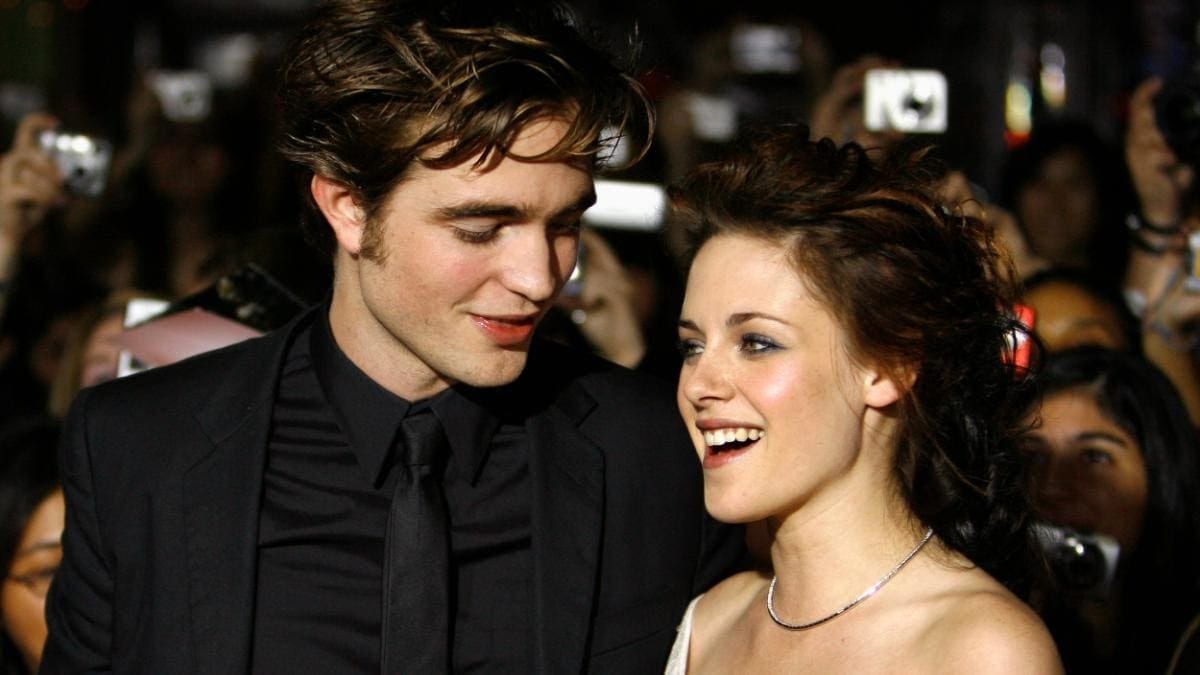 Robert and Kristen starred in the famous “The Twilight Saga” sequels and dated for four years.

Who Is Suki Waterhouse?

Suki Waterhouse is a known English model, actress, and singer and has worked for important brands like Marks and Spence, Burberry and Redken, Tommy Hilfiger, Lucy in Disguise, H&M, Alice + Olivia, Coast, Max Studio, Sass & bide, Caterina Gatta and Pepe Jeans. Not only she is a successful model, but also an established actress and appeared in various movies like Love, Rosie, The Divergent Series: Insurgent, The Bad Batch, Billionaire Boys Club, The White Princess, and many others.

The beautiful actress has dated Miles Kane, Bradley Cooper, and Diego Luna previously. She and Robert Pattinson is currently dating since mid-2018 and are going strong till now. 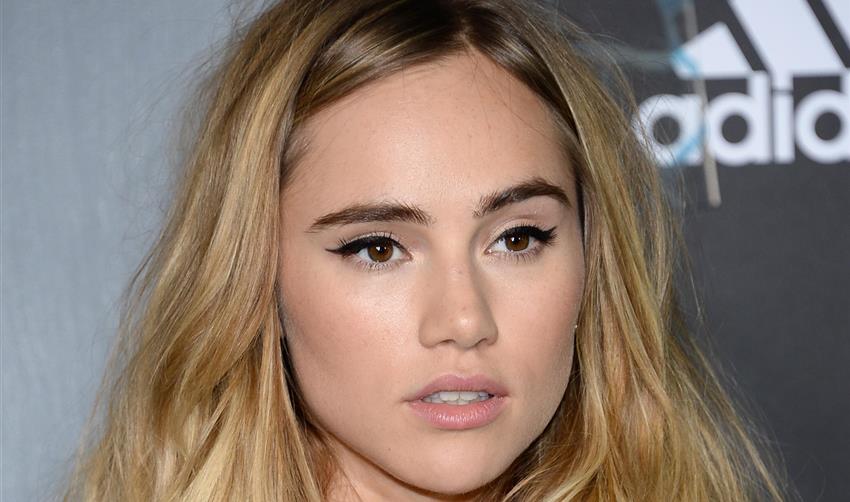