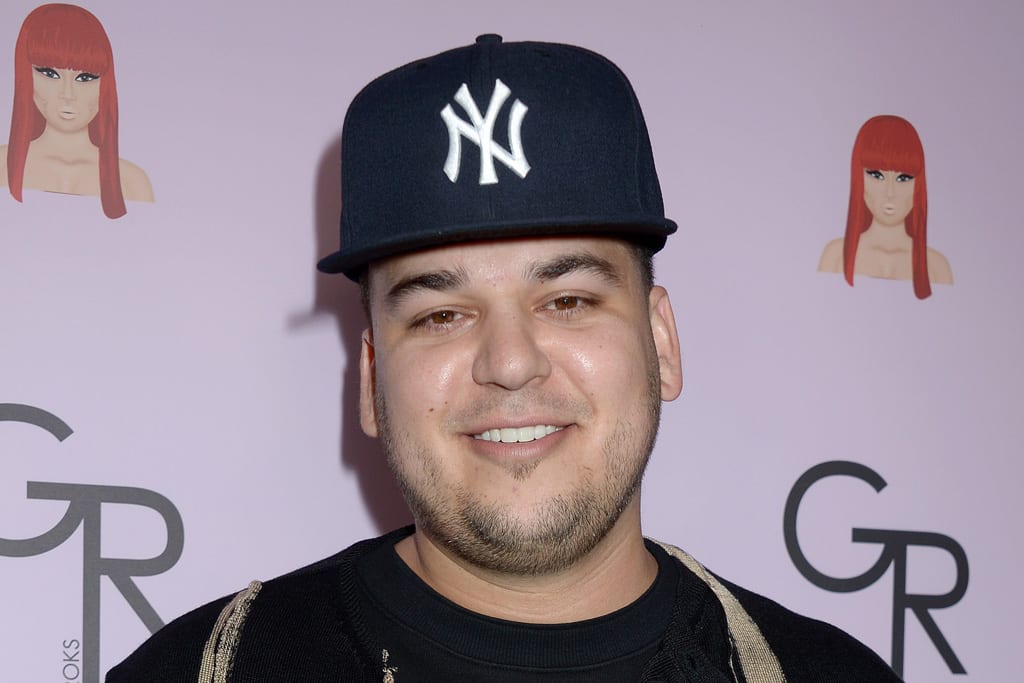 Keeping Up with the Kardashians is undoubtedly one of the most-watched television series ever. The show follows the personal and professional lives of the Kardashian-Jenner family. It became popularly known as KUWTK and aired on the E! network for 20 seasons. KUWTK first premiered on October 14, 2007. Kris Jenner suggested the idea after getting inspired by another family-based show called The Osbournes. Ryan Seacrest acted as the executive producer and launched the show on E!. The show primarily focuses on the Kardashian siblings Kim, Khloe, and Kourtney and their half-sisters Kendall and Kylie Jenner. Kris and Caitlyn Jenner (formerly Bruce Jenner) are also a part of the show. The family’s only male child, Rob Kardashian, appeared regularly on the show till the 12th season. KUWTK finally concluded on March 18, 2021.

KUWTK generally shows the KarJenners flaunting their luxurious lives and the everyday drama it brings. Minor squabbles and skirmishes amongst the siblings are also a big part of the show. Although, all issues are resolved at the end of the day which goes to show the love of their family. The dating lives are also showcased on the show. KarJenners have frequently appeared with their partners on the show. So has Rob, with two of his partners. His ex-fiancé Blac Chyna also appeared with him. They even got a separate spin-off titled Rob & Chyna. The series premiered from September 2011 to December 2011. 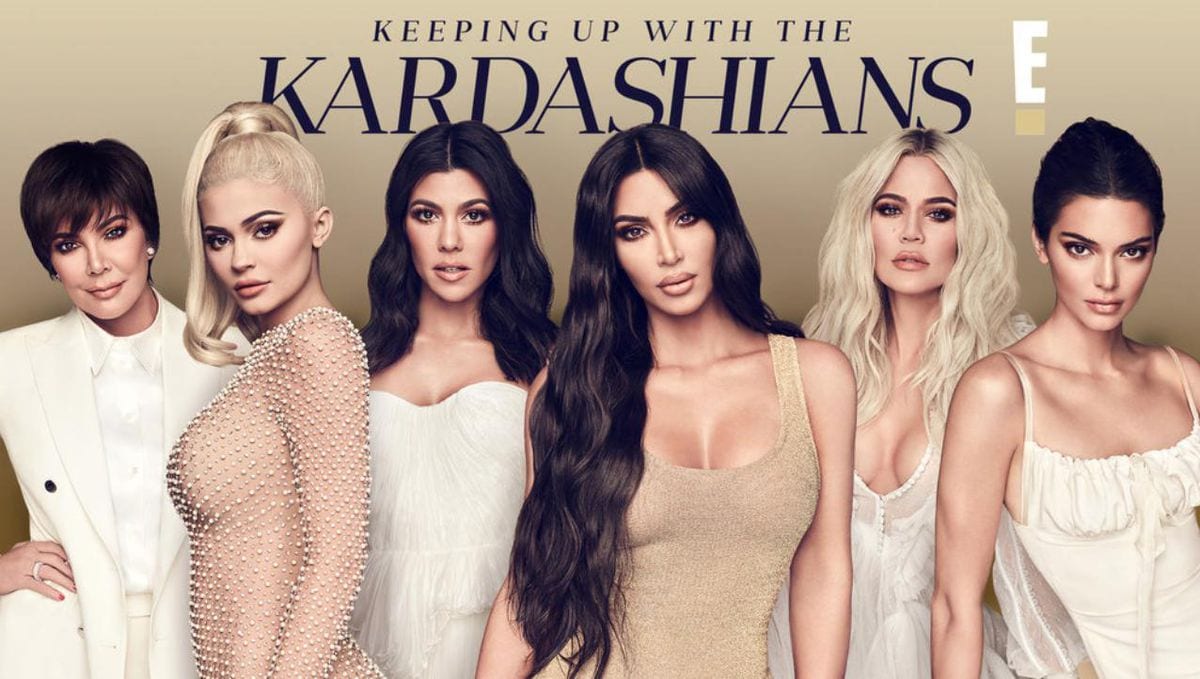 Robert Arthur Kardashian was born on March 17, 1987, in Los Angeles. His parents are Kris Jenner (then Kardashian) and her first husband Robert Kardashian. His parents divorced when in 1991 and his mother remarried Bruce Jenner in the same year. Rob graduated from Marshall School of Business in 2009. In 2011, Rob participated in the 13th season of Dancing with the Stars. He appeared with two-times winner Cheryl Burke and placed second. Apart from television appearances, Rob also has many business ventures. Rob started his own men’s sock line Arthur George in 2012. Later, he launched the clothing line Halfway Dead and the food & beverage company Grandeza. 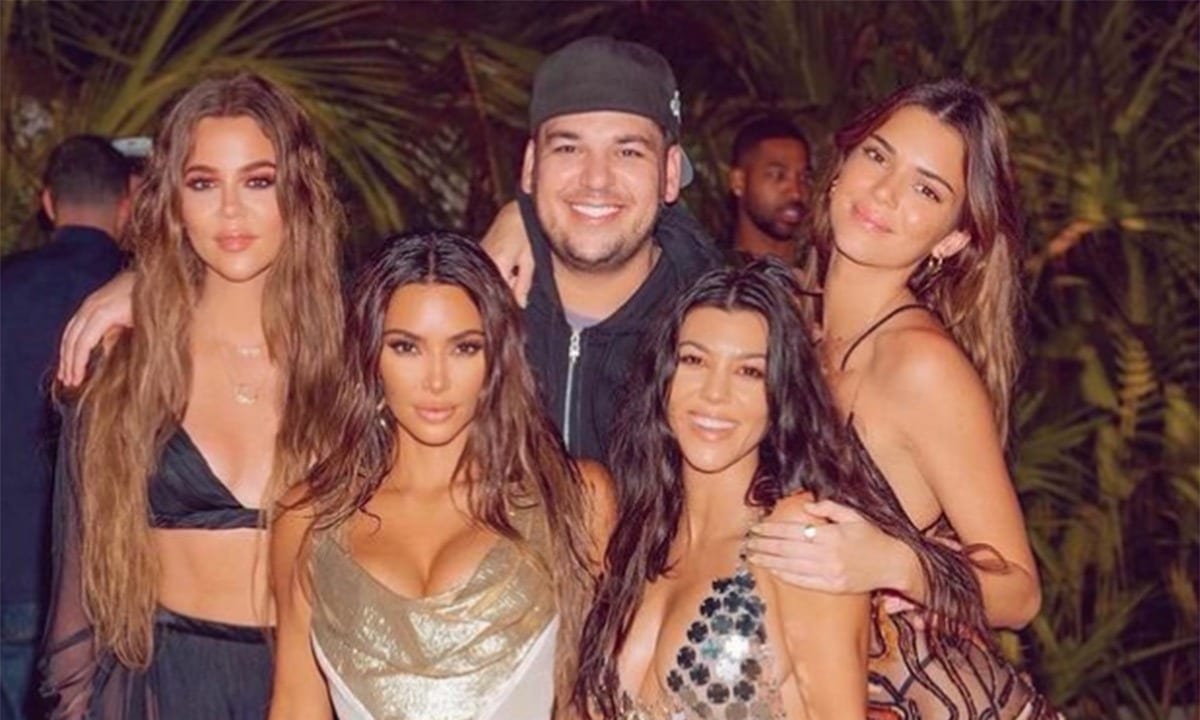 Also read: Who Is Rick Ross Dating? All About The Rapper’s Love Interests

Rob’s first public relationship was with Adrienne Bailon. They started dating in 2007 and became an instant hot topic. The couple featured on the starting seasons of KUWTK. While everything seemed okay from the outside, the pair split in 2009. Rob disclosed that he was not faithful in the relationship which led to the split. There was fortunately not any drama and the split was peaceful. He started dating Angela Simmons in 2010 but this one didn’t last long as well. Rob was spotted with singer Rita Ora on many occasions in 2012. 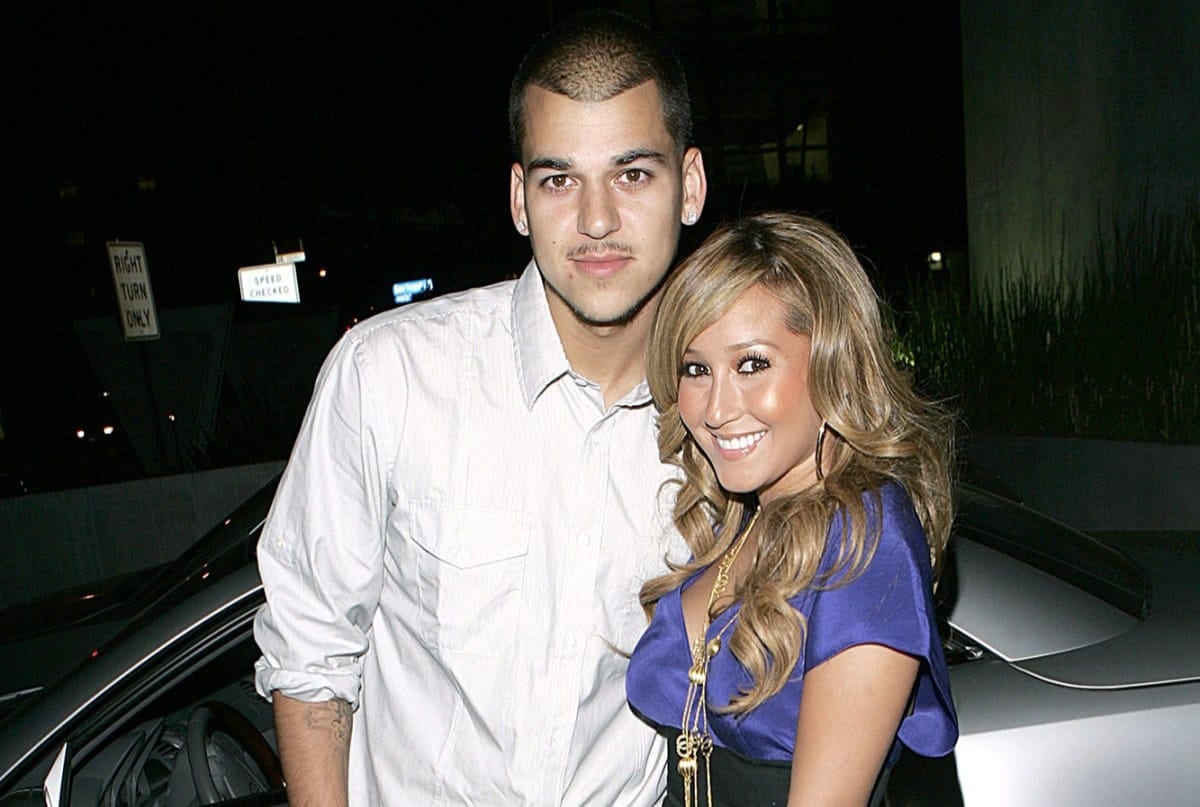 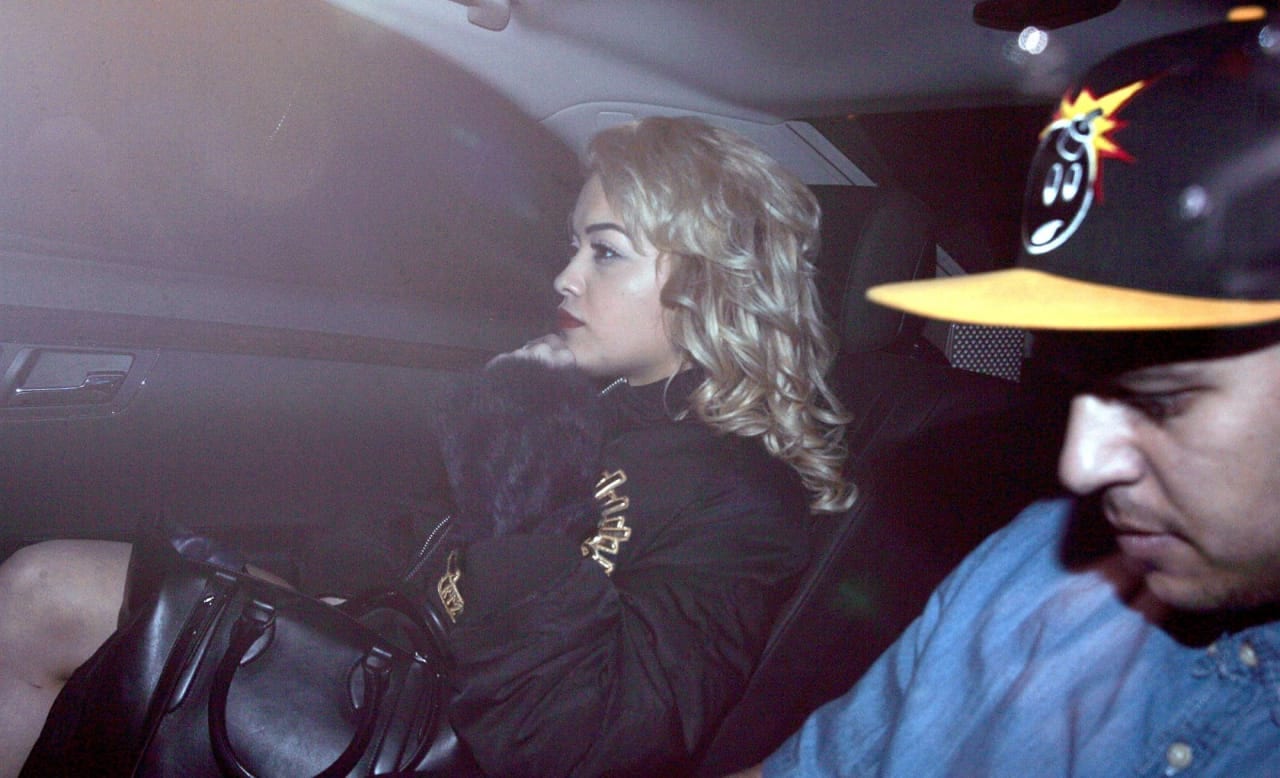 Rob broke up with Rita after only 3 months. He accused her of cheating on him with multiple men. She didn’t make any comments on it, however. After this, Rob hooked up with Rihanna for a short time in 2012. He dated Naza Jafarian for a short while in 2013. Rob got together with Blac Chyna in 2016. This was the start of another hot topic in Kardashian’s life. The couple engaged in 2016 and had their daughter Dream Renee Kardashian in November. However, the couple announced a split in December 2016. They took joint custody of Dream. 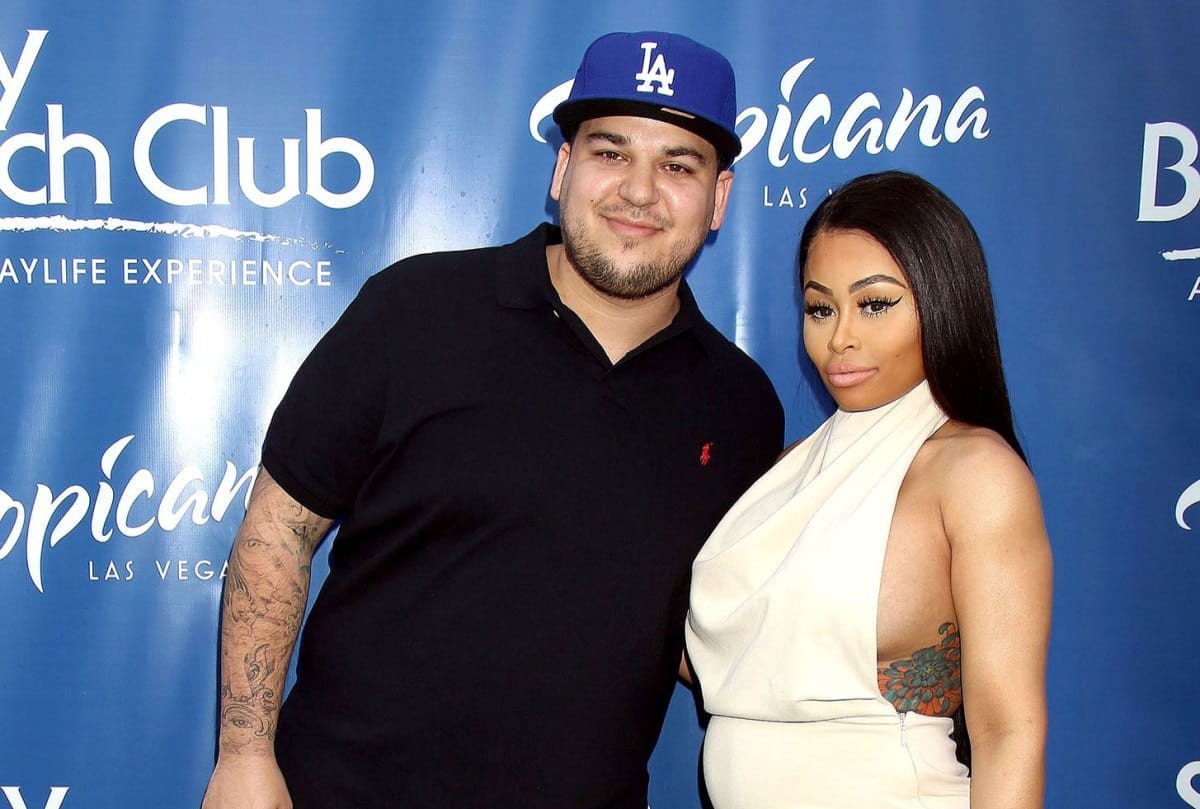 In 2017, Rob posted explicit pictures of Chyna on Instagram and Twitter, accusing her of cheating. This resulted in Rob’s account being banned from Instagram. Although the relationship turned toxic, they both still bond over taking care of Dream. Chyna also inspires and encourages Rob on his fitness journey. 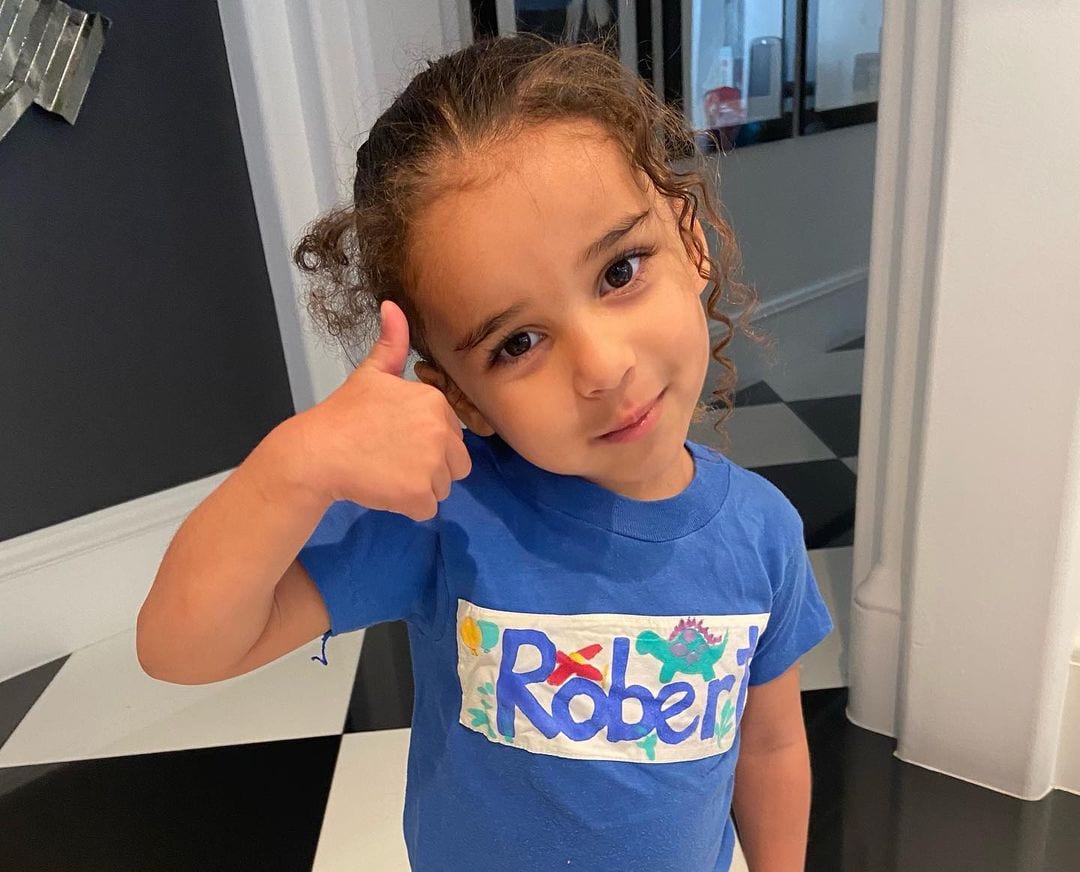 Who Is The Current Partner Of Rob Kardashian?

After the split with Chyna, Rob had many short romantic flings. These include Meghan James and Natti Natasha. But the most significant occurrence in his dating life was in 2020 was Aileen Giselle.f Instagram model Aileen Giselle was spotted on a date with Rob. She even posted a clip wearing his brand Arthur George. However, Rob’s family is skeptical of Aileen. Well, his past relationship and Rob’s deteriorating condition due to diabetes justify their worries. However, it was common knowledge around August 2020 that they were no longer romantically involved.

In the latest KUWTK reunion episode on June 20, 2021, Khloe shared about Rob’s condition. She said that Rob is taking time to work on himself. He has adopted a healthy lifestyle and lost considerable weight. As to the question of whether he is dating someone, the answer was a simple “Yes.” Let’s hope the Kardashian boy finds the peace he needs in life. 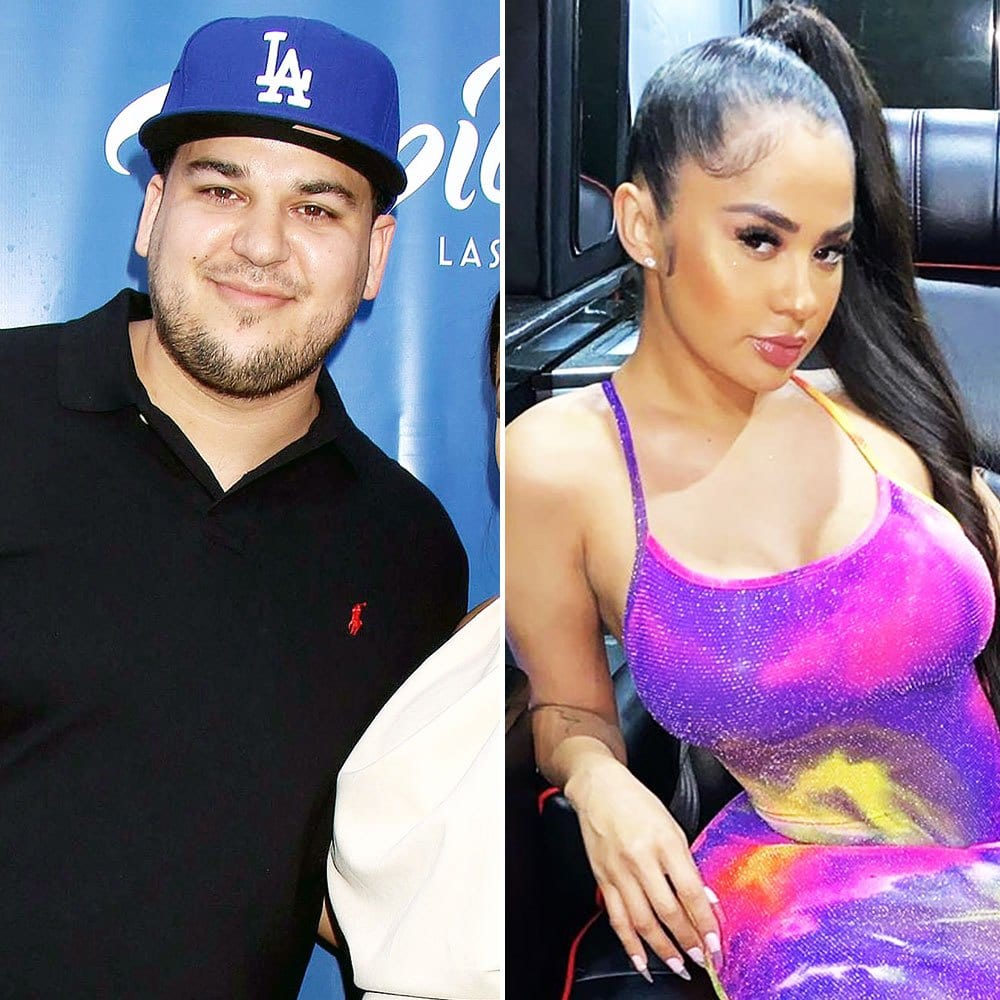