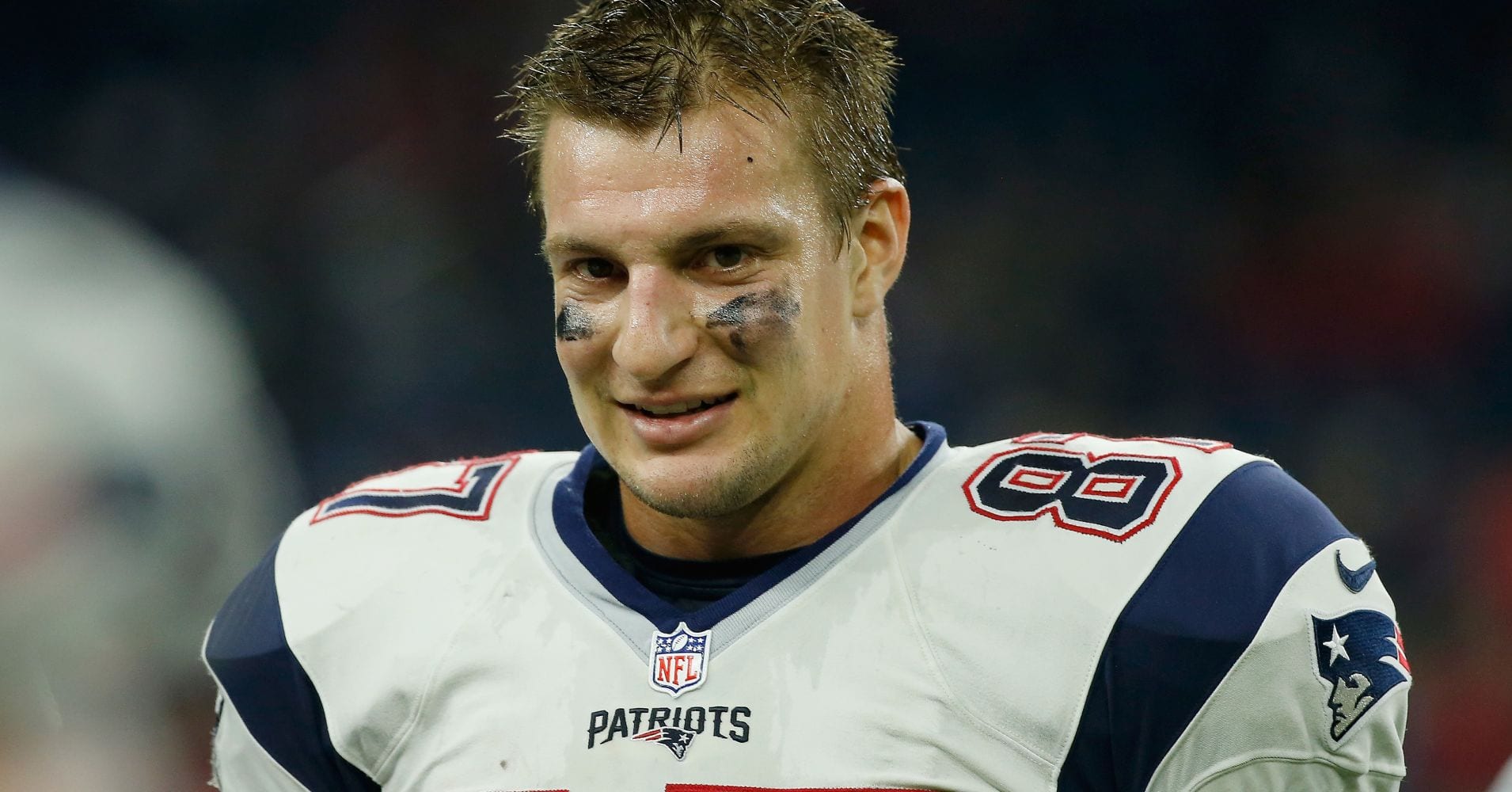 Rob Gronkowski, who is nicknamed Gronk, is an American Footballer. Rob does not need an introduction. He is a National Football League superstar. The 31-year-old star began his career in 2010. He has played nine seasons, at least, for the New England Patriots. Rob, who is a four-time Super Bowl champion, has also been selected a five-time for Pro Bowl selection. It was Patriots who gave Rob Gronkowski a break in his career in the 2010 NFL draft. He also missed his junior year after that due to a back injury.

He has set several national records thought career. The record list includes him being the first player in his position to lead the league in receiving touchdowns. Till now, he has the most 14 touchdowns for his position. Rob Gronkowski s also ranked first in average touchdowns in per game.

Rob Gronkowski is one of the most popular football players with a strong personality both on the ground and off the ground. There are not many details about Rob Gronkowski’s previous dating life. However, he is currently off the market and is in love for 8 years. He is going very strong with his love and is planning something big too.

So who is Rob Gronkowski dating currently?

Furry. Cute. Elusive. Feisty.
Congrats on retirement to the 3x champ squirrel. Honor playing with ya, whenever a big play was needed ya always came thru, my friend. @Edelman11 pic.twitter.com/JGYIVtaqYu

Who is Rob Gronkowski dating?

Rob Gronkowski is dating Camille for 8 years. The duo was even news for engagement planning. They have discussed marriage planning thought their relationship, but they want to do it at the perfect time. Their commitment to their careers keeps them busy for a whole year, a source on condition of anonymity said. Even when Rob retired from the sport in 2019 just to come back and play with Tom again, Camille was busy being the sensational cover girl of the sports illustrated swimsuit edition in 2019. Camille has been the biggest support system of Rob and has always cheered him for his sports career. She plans for his sports events rather than planning for engagement. They are happy inside out together, a source reported in Feb 2021.

One of the reasons why their relationship is working even after 8 years is because Camille is extremely down to earth. She is very easy to go with, and the duo is a lot happy together. 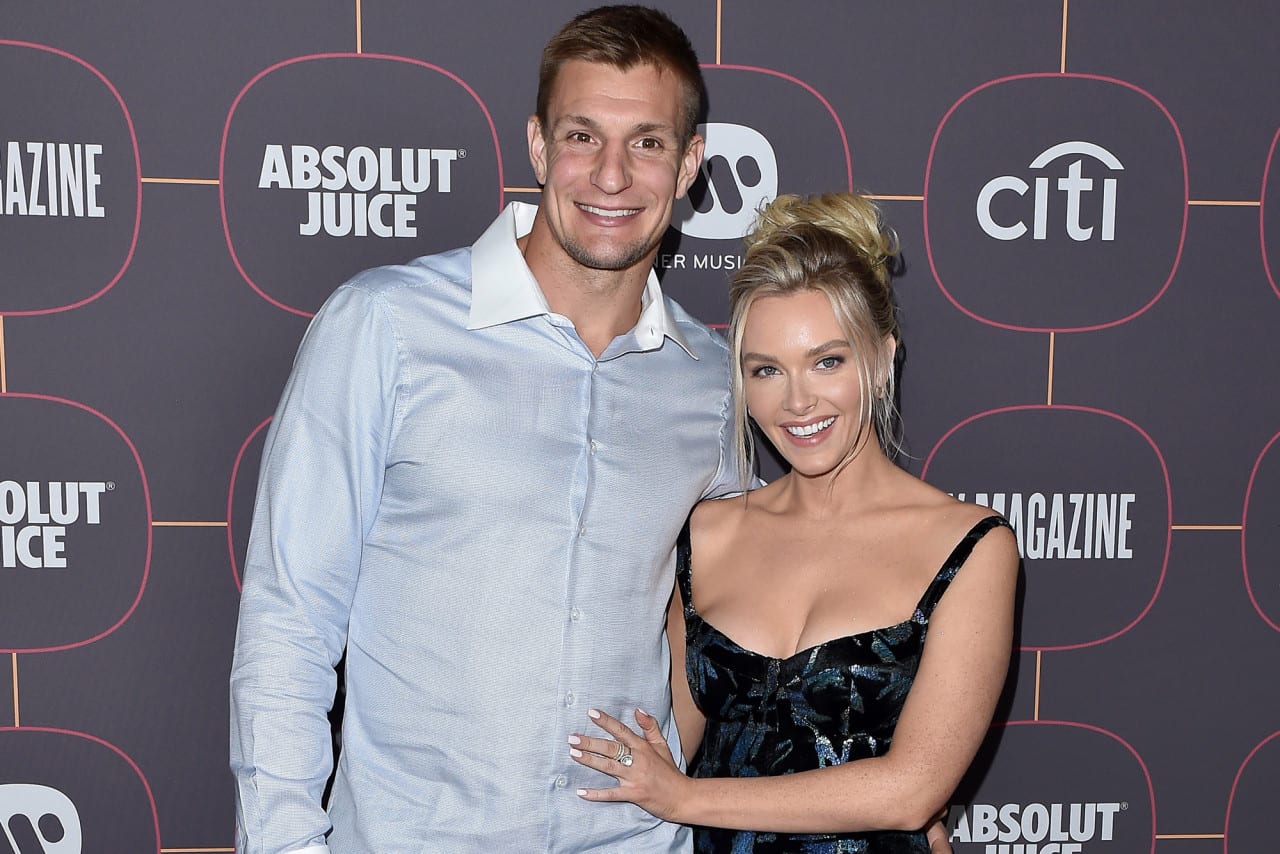 Camille wants to get proposed by Rob as she is a very traditional human being. She even wears a promise ring that was given to her by Rob. He knows how to make her happy and make sure that she knows that he won’t let her slip away. However, Rob still wants to play. He may plan the future things after his retirement. But for now, he is happy with her girlfriend, and that is what matters a lot. This was even proved after Rob’s performance in Super Bowl 55 that he enthusiastic about playing still. He wants his engagement with Camille like a big event or a big festive moment. But this can’t happen right now, and it needs some planning anyways.

How did Rob Gronkowski and Camille Kostek meet?

Camille revealed that the duo met at a Goodwill event which was held right before thanksgiving. Everyone was filling the Turkey basket for the ones who are less fortunate, and so do Rob and Camille were filling it. It was during November 2013 when they had met for the first time. She said that she feels fortunate enough that they met at a charity event. Camille does not consider the idea of dating apps very appreciable. She said that they are lucky enough to meet in person. Although, Joel turns into a fighter thought the journey.

The model continued saying that in today’s world, it very difficult to find a person without dating apps. It is very rare to meet at the grocery store and library, but with her love story, she is fortunate enough. She also said that the COVID-19 situation has made it harder to find a perfect partner for yourself. Camille even once revealed that she was afraid to date such a big football star. She was even scared of the idea of dating Rob. For her, meeting Rob for the first time was a very crazy moment.