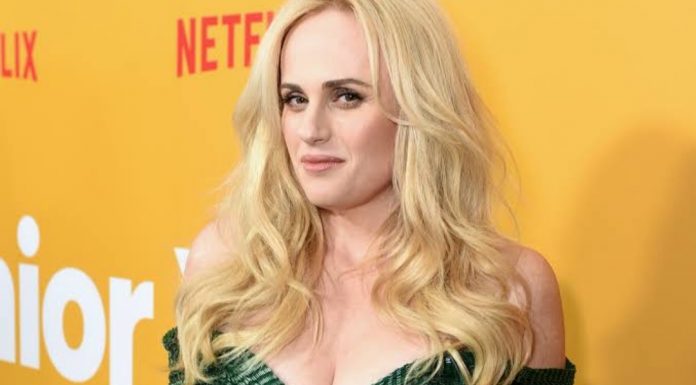 Rebel Wilson’s boyfriend is in the limelight these days as the beautiful actress revealed that she is dating someone new. The news is spreading like wildfire, and fans are highly curious in knowing who is she dating now in 2022? The dating life of the celebrities has always managed to make the juicy headlines in the newspaper, and certainly, they are the most talked-about topics. Wilson, who has previously dated the well-known Australian Tennis player, Matt Reid, is now happily talking about her love life.

Generally, celebrities keep their personal life under wraps. However, Rebel Wilson is quite vocal about her love life. Rebel’s love life has been in the talk of the people ever since she dated Jacob Busch. The couple was in a serious relationship before calling it to quit last year. After her breakup with Jacob, Rebel was caught in the cameras grabbing dinner with Matt Reid. Their dating rumors have created havoc on the internet, and fans were very curious to know if she was dating him?

Amidst her dating rumors with Matt, Rebel has now shocked her fans by revealing she is seeing someone new? Undoubtedly, fans became more curious to know who is she dating now? Who is the man who has stolen the beautiful heart of a beautiful lady? Here in the article, we will talk about Rebel Wilson’s boyfriend? Who is she dating now in 2022?

Who Is Rebel Wilson’s Boyfriend In 2022?

After her breakup with Jacob Busch, Rebel went on around fifty dates before finally being settled with her partner. The actress revealed in her latest interview, “I went on around fifty dates. However, some were just one date. I know it’s very difficult to find love in life. Although it’s not normal, I learned a lot about what I want in a relationship in that one year. Fortunately, I am lucky that I met the man of my life and I am very happy with him.”

Rebel did not reveal the name of her new boyfriend but talked much about him. The lady gushed about how caring and amazing her new partner was. Although no one knows who she is dating now, seemingly, the guy is amazing, and she is happy dating him.

Wilson met him through a mutual friend set-up. She said in a podcast, “He is my friend’s friend, and we all knew each other for the past five years, and you know when I talked to him, I thought to give it a try. Fortunately, things escalated pretty fast, and we started dating each other.” She further contained, “It’s quite funny, but sometimes we meet most unexpected people at most unexpected places, and I still can’t believe things could work out in this way.”

Rebel Wilson’s boyfriend’s identity is still a mystery. It’s quite confusing if she is dating Matt Reid or seeing someone new. However, she talked about her dating life but did not reveal the name of her love. Maybe the actress is working on her relationship and waiting for the right moment to introduce her boyfriend to the world.

Who Has She Dated In The Past?

Although Rebel finds love again, however, to reach that love shelter, she traveled a full-length bumpy road struggling with breakups and matchups. In 2020, she met Jacob and fell head over heels for him. The couple officially dated for around six months before calling it to quit. Things turn messy between the two, and they split their ways for the better.

In the dusk of 2021, Rebel was spotted with the famous Tennis star Matt Reid. The two were caught in the cameras enjoying dinner. However, she always kept her lips zipped when it came to talking about her whirlwind romance with Matt. She was again caught in the camera cheering for the star with her friends. Although reportedly, they dated each other, however, she never confirmed the rumor.

In January 2022, she was seen cheering for Matt, and now in May, her dating life is again hitting the headlines. It’s pretty confusing. Is she dating Matt, or is she talking about some other guy? However, Rebel Wilson is dating someone now in 2022. Certainly, you want to know the name of the person who has stolen her heart, but we are sorry to inform you that we don’t have any information about that for now. But, surely, we will update you about Rebel Wilson’s boyfriend as soon as she reveals his name. Till then, stay tuned to our website.