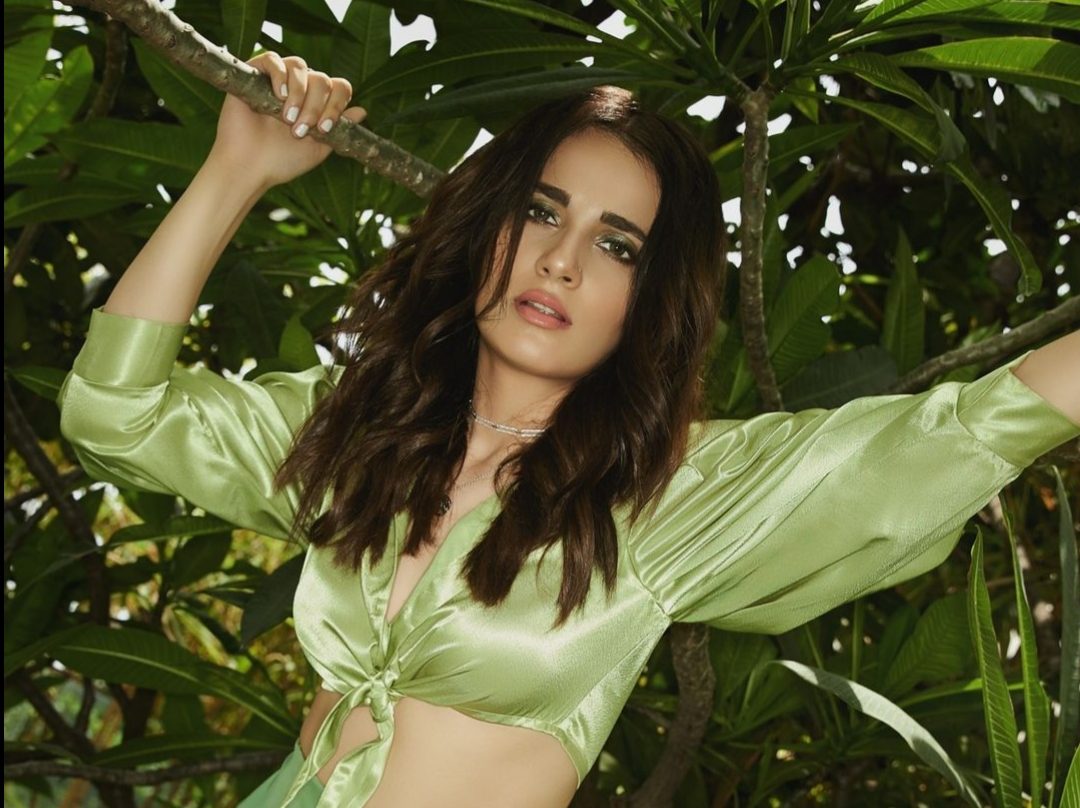 Who is Radhika Madan’s boyfriend? This jolly girl had banged the Indian television with her emotions and acting skills. If you are looking for her bio, then she is an Indian actress who once was a professional dancer. At present, she predominantly works in Hindi films. Before appearing on the big screen. She made her debut on the small screen. Radhika debuted with the television show “Meri Aashiqui Tum Se Hi”. There she played her part as Ishaani Parekh. This show gave her immense popularity. People loved her acting skills. Moreover, they were very touched by the basic them of the show.

It was a romantic drama where Radhika as Ishaani Parekh was from a big family. However, she wasn’t the real daughter of the Indrustrilist father. That man, Harshad Parekh, had married her mother. It means he was her stepfather. In that serial, once Harshad Parekh said that he was agreed to marry her mother only because when the first time they have met, Ishaani was in her mother’s lap, and the way she held one of the fingers of Harshad had melted his heart. She fell in love with the son of his father’s driver. His name was Ranveer. The story describes their roller-coster relationship. Despite the rise and fall moments, this show had managed to air for almost one and a half years on the most favorite channel for daily soaps – “Colors TV”.

She then challenged her dancing skills by participating in season eight of the dance reality show “Jhalak Dikhhla Jaa” on the same channel. There her partner or choreographer was Rishikaysh Jogdaand. They did pretty well over there. But unfortunately, they got eliminated very soon. The date on which they got eliminated was 16th August 2015. 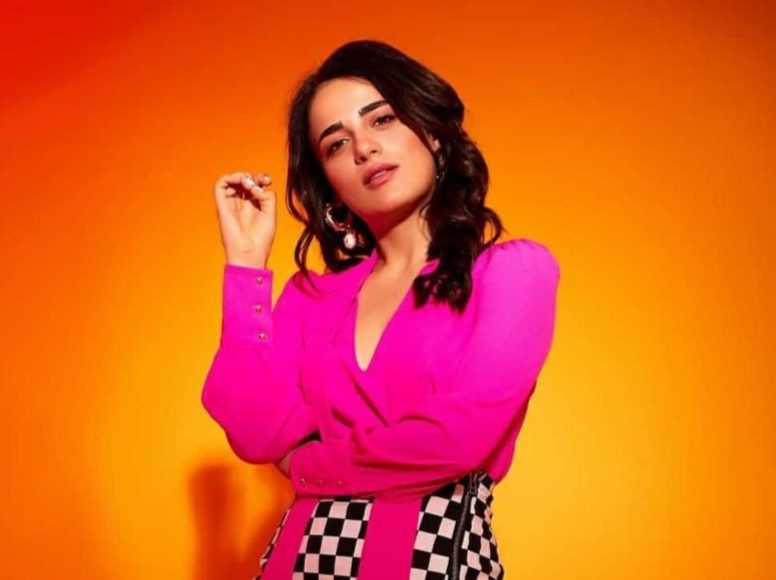 Radhika’s jump into the Big Screen!

After this, Radhika took a big leap. From the small screen, she landed in Bollywood. She made her debut in Bollywood in 2018 through Vishal Bharadwaj’s drama “Pataakha.” It was a Hindi comedy-drama film that was written, produced, and directed by Vishal Bharadwaj. It was based on Charan Singh Pathik’s short story titled “Do Behnein”. In the film, Radhika Madan was featured as Champa ‘Badki’ Kumar. Its plot goes as follows!

There were two sisters, Badki and Chhutki, who lived in a small town in Rajasthan. They were termed as the sisters who used to quarrel like dogs. Whether it’s their stolen beedi or torn clothes, they left no topic untouched when it comes to fighting. The neighbor in which they were residing used to increase their trouble by always providing them with the opportunities to quarrel. And their helpless single parent, their father, was always trying to maintain some peace between them.

For this role, Radhika even met the real woman on whom this story was based. They lived in Ronsi village near Jaipur and had learned various rural things. She even had to put on 10Kg weight. At the 64th Filmfare Awards, Radhika was nominated for “Best Female Debut.”

She then made her appearance in Vasan Bala’s action-comedy “Mard Ko Dard Nahi Hota”. It was released internationally with the name – “The Man Who Feels No Pain.” It was premiered in the Midnight Madness section of the 2018 Toronto International Film Festival. And guess what! It won the “People’s Choice Award: Midnight Madness.” Fortunately, it had also managed to be a part of the 2018 MAMI Film Festival. Once Radhika said that while she appeared in the auditions for “Laila Majnu,” she got the news of “Mard Ko Dard Nahi Hota”. And she decided to go with the latter one as its concept was unique. She was also injured during the physical training, but eventually, she made it through.

In 2020, Radhika Madan was offered a role that changed her further life. She got the opportunity to play the lead role in Homi Adajania’s comedy-drama “Angrezi Medium”. It was a spiritual successor to the blockbuster 2017 film “Hindi Medium.” Radhika Madan was fortunate enough to play her part besides the legendary and versatile actor- Irfan Khan. In which he played the role of Radhika’s father. Unfortunately, this film turned out to be the last film of this timeless actor. His performance in both of these films had presented him with The Award for Best Actor in 2018 and 2021. 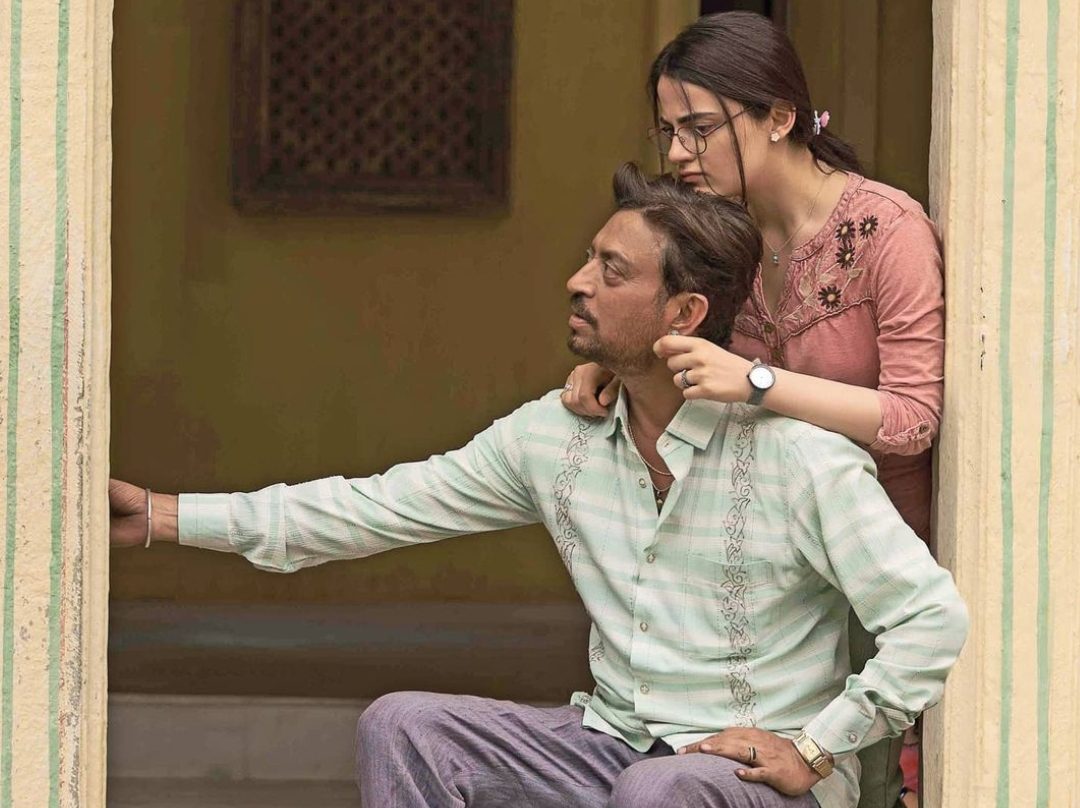 Radhika Madhan posted some memories from the sets of Angrezi Medium. She penned down her moments with Irfan Khan of playing with his beard.

Another legendary actress Kareena Kapoor Khan was also part of the sequel. In the movie, the daughter has a dream to complete her higher studies in London. Though she is not good enough in her studies, anyhow, she managed to score a high rank. And then, she got a scholarship from London’s Truford University. Further, the movie narrates all the struggles through which her family, especially her father, goes to complete the dream of her daughter. 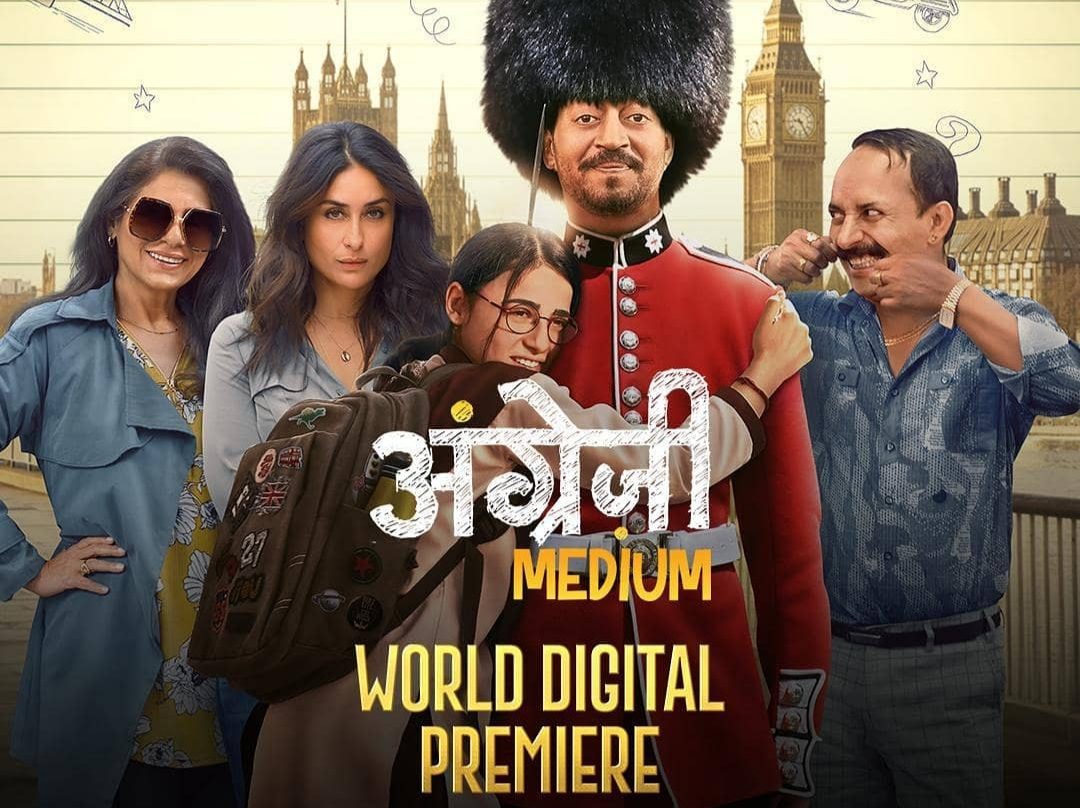 Poster of Angrezi Medium (Via the Instagram profile of Radhika Madan)

After this, she bagged another role in the upcoming 2021 film “Shiddat.” Its trailer is going to be out on 13th September 2021. It will start streaming from 1st October on Disney+ Hotstar. It’s going to be a romantic film, directed by Kunal Deshmukh. The production was done by Bhushan Kumar and Dinesh Vijan under the banners T-Series and Maddock Films. It would feature Radhika Madan, Sunny Kaushal, Mohit Raina, and Diana Penty. The music is given by Manan Bhardwaj and Sachin-Jigar. 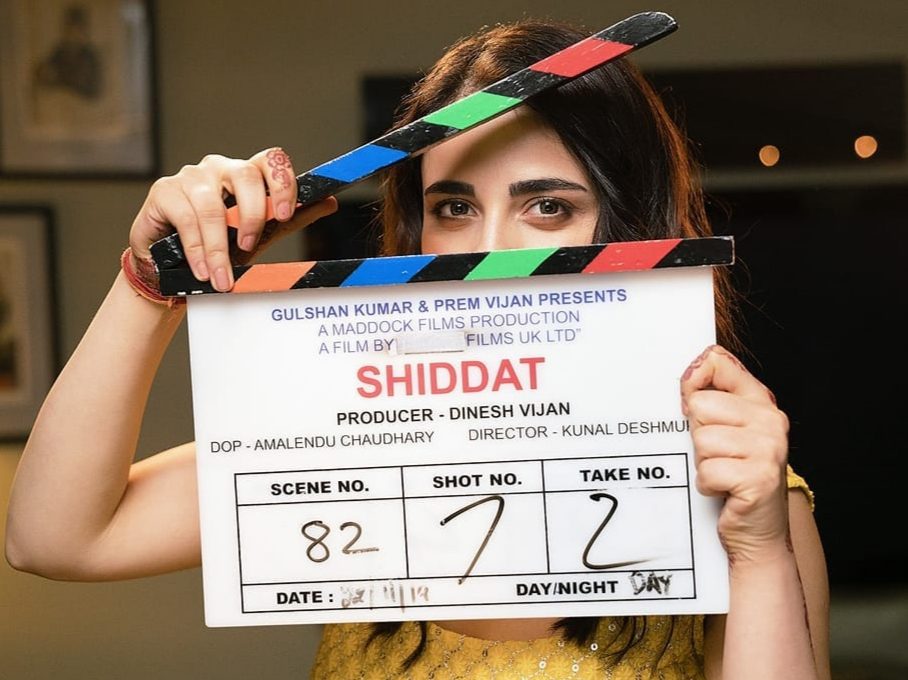 After knowing all this success story, one must be thinking about her personal life. Like, is she single? Or dating someone? If so, then who is Radhika Madan’s boyfriend?

Who is Radhika Madan’s Boyfriend?

Radhika Madan is single and does not have a boyfriend. Well, most of the personalities from the film industry try to keep their personal life under the wraps. Most probably to avoid unnecessary clashes with the media personalities and paparazzi. And unfortunately, Radhika Madan turns out to be one of them. Till now, she had not given any information about her present love life. Though, once, she was rumored to be with Ishan Arya. He is an Indian cinematographer and producer. Various photos of this couple were leaked. Rumors were also that very soon; they would tie the knots.

Some sources say that in one of her interviews, Radhika Madan said that she and Ishan Arya had dated for a very long time. Also, she added that they think their pair is quite compatible. And so there are more chances that this couple could stand out the adversities of time and patience. At that time, her statement had given some solid base to all those circulating rumors. But what about the present? Are they dating anymore? Well, the answers are within the laps.

Every one of us had witnessed some sweet couples who once separated their paths, thinking that it would be good for both of them. But then guess what? Over time, they felt the need for each other, and finally, they rekindled their love. The fans of Radhika and Ishan want to observe the same story in the case of this adorable pair. Let’s see what surprises the future has for them! But if we rely on some trusted sources, then at present, Radhika Madan is not dating anyone. Yes, she is single! 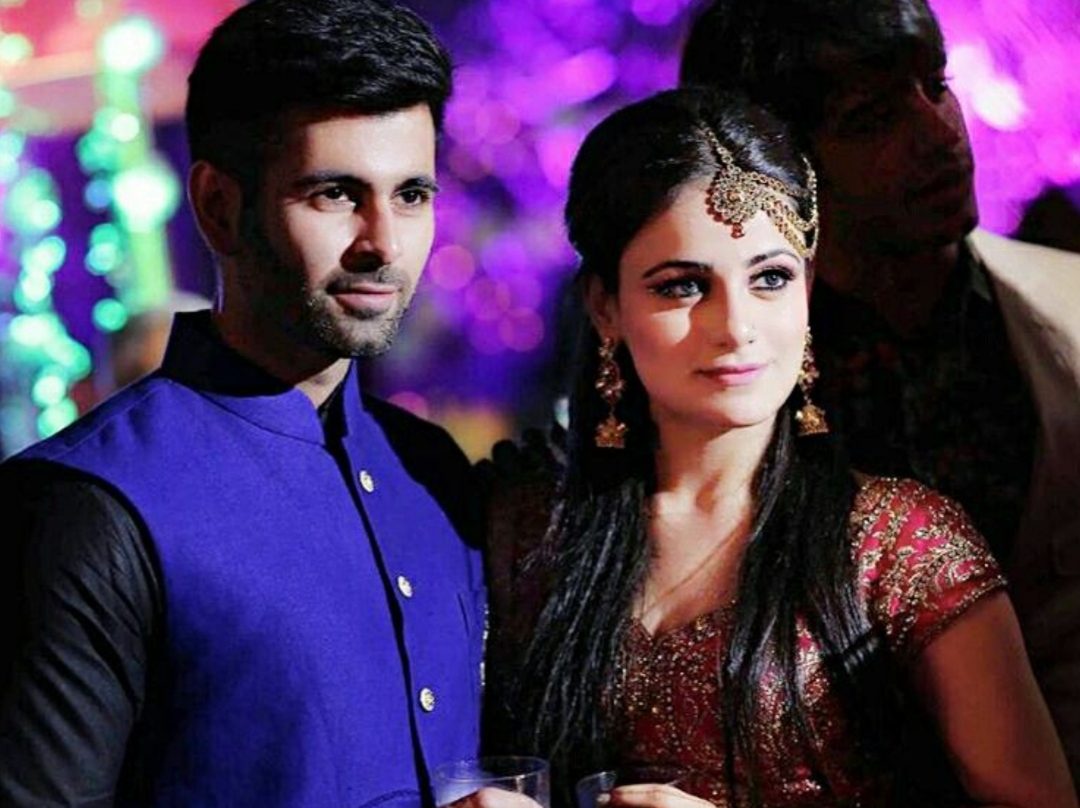 When the television show “Meri Aashiqui Tum Se Hi” started hitting the TRP (target rating point or television rating point for televisions), the ongoing reel couple made their separate fans base. The viewers loved the compatibility of this screen couple. Radhika Madan as Ishani and Shakti Arora as Ranveer Vaghela were trending in the Colors TV Broadcast network. Together they have influenced mostly everyone who has an interest in the daily soaps.

The audience was so much into this couple that they were willing to witness the same thing in real life as well. All this has also helped them to build a strong fan base. For the promotion of their show, together, they were featured in various reality shows. But unfortunately, this couple has nothing to do with the real-world. They are only limited to their show. But this doesn’t mean that they are not friends. The long timeline of this show had inculcated a deep bond between both of them. They are very good friends. 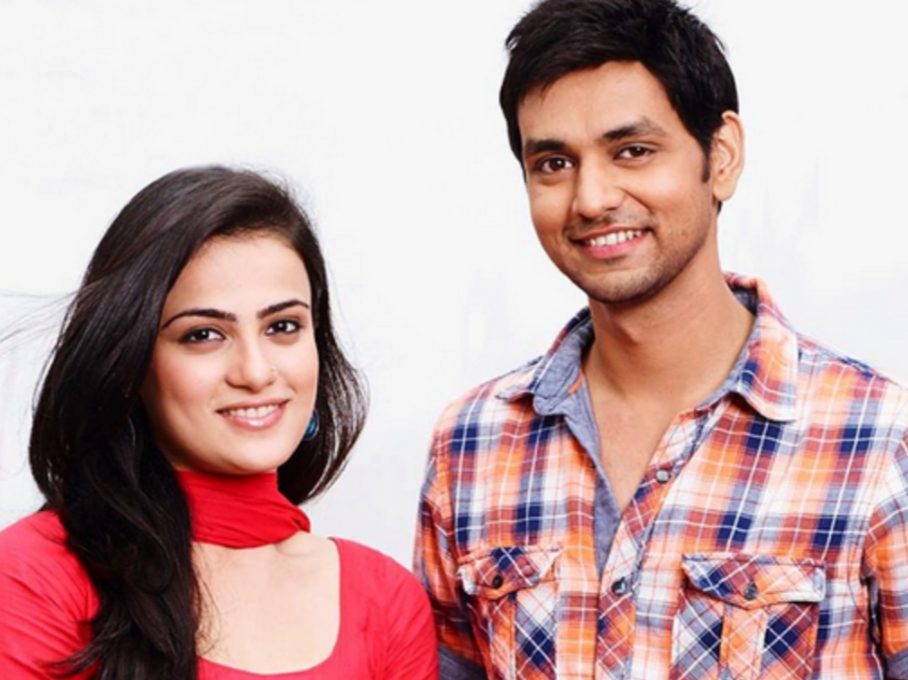 Radhika Madan along with her co-partner Shakti Arora