Who is Ousmane Dembele Married To? Are The Rumours True?

Ousmane Dembele, a footballer, comes from a family of intellectuals. On May 15, 1997, in Vernon, France, He was born. 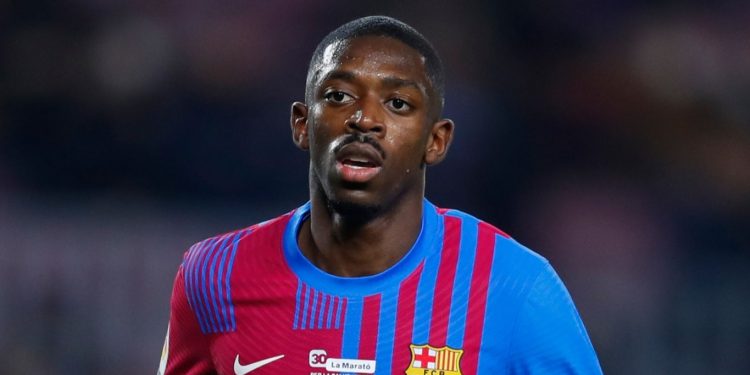 Being a professional player is a difficult task. To make one’s vision come reality, one must pour sweat and blood and go through tough training. Ousmane Dembele, FC Barcelona’s heart, has a similar story. Masour Ousmane Dembele, also known as Ousmane Dembele, began his career with Rennes before joining Dortmund in 2016. With an amazing performance, Dembele was able to win the hearts of Barcelona fans in just a few years and with his superhuman abilities. Lately, He has been making news for his marriage. Who is Ousmane Dembele married to? You will get all the answers here.

In addition, the French professional footballer is a member of France’s national team. Lionel Messi, regarded as one of the finest, praised Dembele’s abilities as a professional footballer and predicted that he might be one of the best. Well, there are numerous stories about Ousmane Dembele, and we’ve tried to include them in this post, as well as the most popular one, “who is Ousmane married to?” So relax and have fun.

Who is Ousmane Dembele Married To?

Well, on 24th December, Ousmane Dembele married a Moroccan girl. He celebrated his marriage in a private ceremony with his family and friends, which he posted on Twitter. Ousmane, on the other hand, hasn’t said anything about his marriage since he prefers to keep it private. The wedding images became viral on Twitter, despite the fact that they were not uploaded by Ousmane himself but rather by Capricorn. Before marrying, the Barcelona footballer kept his marriage a secret and refused to let anyone know.

There was no word about Ousmane getting married earlier, as it had been planned that no one should know about his marriage. The news of Ousmane’s marriage came as a shock to everyone, as no one expected him to marry so quickly. Nonetheless, many individuals on social media have been spotted congratulating the loving pair and praying for their well-being. For the time being, no information on Ousmane’s wife has been discovered, as she appears to be a woman who avoids the media’s gaze.

Ousmane Dembele Religion: Is He A Muslim?

Ousmane Dembele is a Muslim, and he married according to Muslim customs. Dembele has also shown his admiration for the couple on several occasions. Despite this, he has never spoken about his or others’ religions and believes that it’s obvious to be Muslim. Ousmane Dembele was once photographed celebrating the Muslim holy festival of Eid.

Dembele was born in Vernon, Eure, in Normandy. His father is from Mauritania, while his mother is French with Mauritanian and Senegalese ancestry. As of now, Ousmane has kept his personal life out of the public eye; thus, little information about Ousmane’s mother and father is available. They choose to stay out of the spotlight because their kid is one of the top football players in the world.

Ousmane Dembele, a footballer, comes from a family of intellectuals. On May 15, 1997, in Vernon, France, Ousmane was born to Ousmane Dembele Snr and Fatimata Dembele. Ousmane Snr, Dembele’s father, is a Malay, and Fatimata, his mother, is a Senegalese-Mauritanian from Wally Datang. Dembele, meantime, grew up in Évreux and became captivated with the game, to the point where he was the only one who decided to forego his studies in order to pursue a career in football. Dembele’s siblings, a brother, and sisters, on the other hand, chose to continue their schooling. Ousmane was also influenced by his uncle, Badou Sambague, who is also his manager. In 2004, he began his young career at the Madeleine Évreux, where he got training from him. Equally, Badou’s dream was to play football and then study, so when he retired, he became an attorney.

As a result, as a good agent, he counseled him to make intelligent decisions and have a positive mentality in order to sustain his best performance after the game. Ousmane Dembele’s career is centered around his mother, Fatimata, just like another prominent footballer, Paul Pogba’s. Dembele’s agent claimed that his mother makes decisions about his future and handles contract talks. ‘Mother knows best,’ as Mother Gothel used to say. Dembele’s mother also supported him in obtaining his first professional contract and extending his time in Rennes. When it comes to Ousmane Sr, he prefers to keep his personal life private. We can only express our gratitude to her for embracing Dembele and encouraging him to pursue his ambition.

Also Read: Are Ozzy And Amanda Still Together? All About Their Relationship