Want to know who the television star Omeretta’s boyfriend is? Hit television series Love and Hip Hop: Atlanta has given us some good rappers and artists over the years, including rap star Cardi B. Recently, Omeretta or Omeretta The Great has been grabbing eyeballs as a  contestant of the newest season. She also participated in Nicki Minaj’s Megatron Challenge back in 2019. The cash prize for the winner was a whopping $10,000! Omeretta’s piece impressed the rap queen so much that she gave her a huge shout-out on Instagram. Nicki Minaj praised Omeretta’s submission and called it mad pretty while adding that her accent was dope and pen game was pretty strong.

The rapper has been thriving in her music career, and her newest appearance in the hit series is adding to her growing fame. Not only that, but viewers have been getting a sneak peek into her tumultuous personal life. As Omeretta and her mother’s strenuous relationship is out in the public eye, the artist is making headlines time and again. The rapper’s mother, in turn, called her out and said that she is stubborn. Omeretta is dating someone, and that, too, has been a subject of major drama in the past few days. Let us find out all the lesser-known facts about Omeretta’s Boyfriend.

Love & Hip Hop: Atlanta’s Star Omeretta’s Boyfriend is Tabryon Rashad Smith. While the artist has managed to keep her personal life out of the media limelight, it seems like she has been grabbing eyeballs after all. Tabyron allegedly robbed nine Asian-owned businesses throughout Georgia back in 2017.

Omeretta’s Beau has been convicted for the robberies and is currently serving 27 years prison sentence. While fans on social media had given a mixed response to this relationship, many have called the Love & Hip Hop alum out on several occasions as well. Omeretta remains unbothered and goes on to support her man. All the pictures of Omeretta getting her man’s name inked is creating a buzz online.

Omeretta remains unfazed by the fact that her man is locked up behind bars for some severe allegations. Not only that, but she has inked with six different tattoos of Tabyron’s name. While many were shocked by this overwhelming gesture of love, some have shown support for Omeretta as well. The rapper recently took to social media to diss her haters in her way! Take a look at this Twitter post given below.

Y’all be worried bout my personal life but I’m busy rapping better than ya Favs🤪 link in my bio pic.twitter.com/Ghujuf7fE4

While the rapper and television star was soon subjected to major backlash online, Asian Doll soon came in Omeretta’s defense. She explained how everyone has their own way of expressing love. Asian Doll herself has King Von’s tattoo, which includes a portrait of his face! However, trolls did not really stop there and went on to diss both the artist.

Why Is Omeretta Feuding With Her Mother?

It seems like Omeretta’s relationship with her mother has recently taken a rather sour turn after she might have thrown shade in a new track. Moreover, Omeretta’s mom Akilah called her out as weird for feeling abandoned. This sour feud came into existence in the first place after Omeretta accused her mother of being in an abusive relationship and prioritizing men over her children all these years. The rapper has earlier opened up about her traumatic childhood and how her father’s death left a huge void in her life.

The rising tension is pretty apparent in the newest episode of Love & Hip Hop season 10. So much so that Omeretta’s sister Khadijah has to meddle in resolving the rising tension between Omeretta and her mother. When they all sat together for a confrontational session, it gave way to more drama and argument. Many took to social media and supported Omeretta as they all thought that she was a victim of gaslighting. Many of her fans backlashed Akilah after the newest episode saw the mother-daughter duo getting into a heated argument with the blame game taking a complicated turn.

Also Read: Who is Brooke Henderson’s Boyfriend? Is The Canadian Professional Golfer in a Relationship? 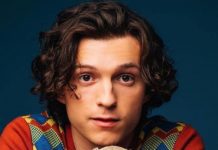