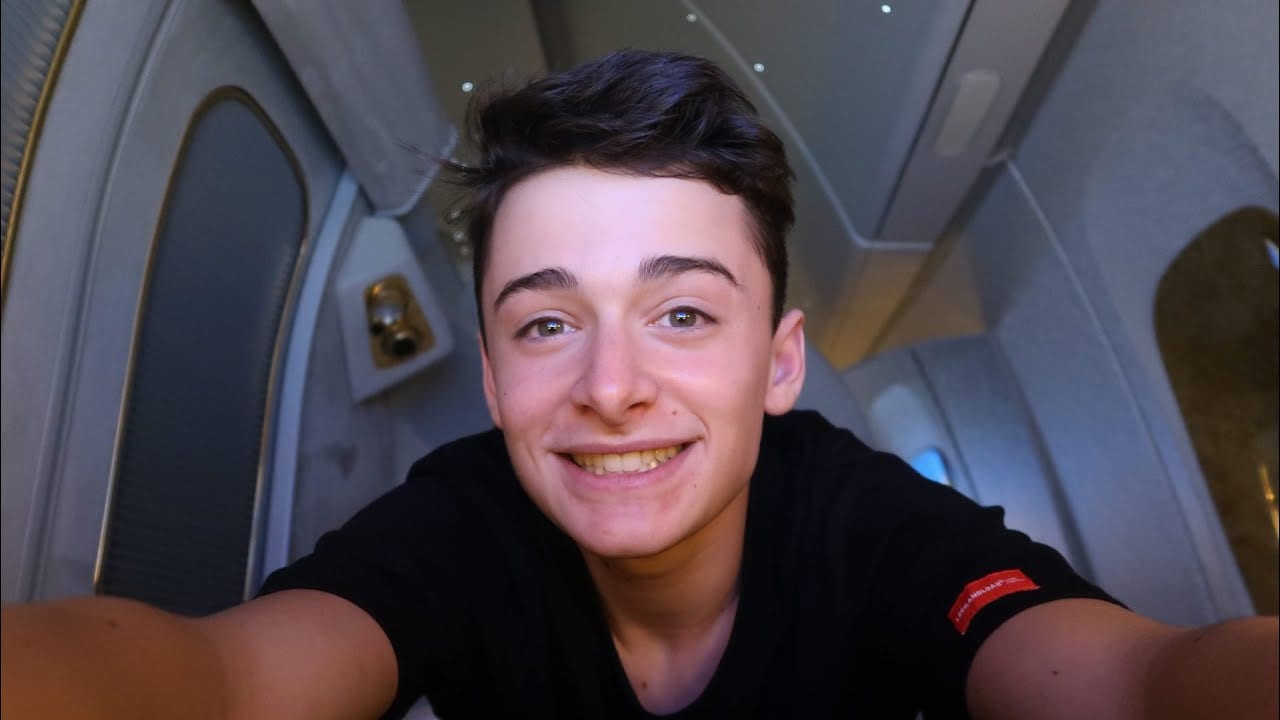 Noah Cameron Schnapp, best known by his stage name Noah Schnapp, is an actor who has appeared on television shows and in films in the United States. Will Byers is a name that will ring a bell for you. In the iconic Netflix science, fiction, and horror streaming television series Stranger Things, Noah played Will Byer. It’s likely that the fanbase already knows. He won a Screen Actors Guild Award for Outstanding Ensemble Performance in a Drama Series for the role. Aside from that, he has been a prominent figure in the film industry. In Steven Spielberg’s historical drama Bridge of Spies, he plays Roger Donovan. In the year 2015, he made his big-screen debut with this film. He also provided Charlie Brown’s voice in the animated film The Peanuts Movie.

This rising star is just 16 years old. Yes, and he is already pursuing his dream. Schnapp’s passion for acting began when he was about five years old, and he has received formal acting training. He’s also a big Tiktok celebrity, with over 17 million followers. Charlie D’maileo, the Tiktok queen, is Noah’s mate. Their collaboration was a huge success. On her YouTube page, he gave her an acting lesson, and on his channel, and watched videos where she taught him TikTok dances, too. A dramatic Stranger Things sequence was also recreated by Noah Schnapp and Charli D’Amelio. So, is he dating Charlie? Or is Noah seeing someone else? Find out for yourself.

Who Is Noah Schnapp’s Girlfriend 2021?

Noah Schnapp, the popular actor from the series, Stranger Things is currently single. Noah Schnapp is not dating anyone presently. Rumors contained about Noah, lowkey hitting on Caroline, which actually did not end as expected. Caroline Gregory, a 16-year-old TikToker, recently shared a video of herself lip-synching to Avril Lavigne’s “What The Hell” while dancing on the beach. “Uh hi,” Noah said as he slipped into the TikTok comments section. Caroline’s boyfriend, Asher Angel, however, turned off Noah by commenting back, ‘Hey Noah.’ Caroline also liked her boyfriend, Asher’s comment. Caroline and Asher have been dating since January 2021, and their relationship has been public and official since then. 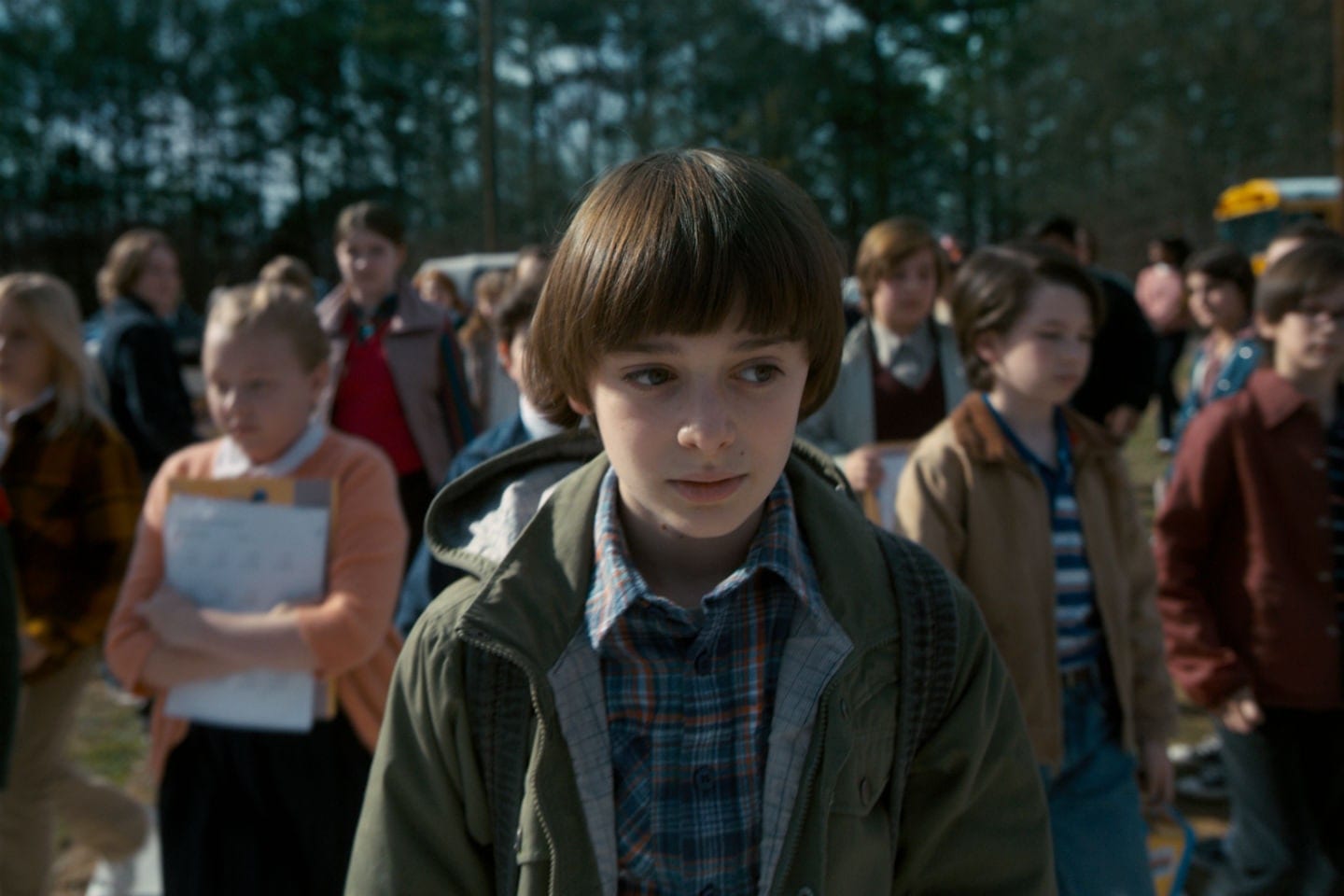 A Still Of Noah Schnapp From The Series Stranger Things

Noah, as clearly observed, is not seeing someone and having fun. Although single, it seems like Noah is ready to date. From his recent interviews, the 16-year-old has made clear the different things he’d love to have in his relationship. Schnapp told he would prefer someone who chooses Netflix and home over parties any day. Let’s wait and watch whom Noah falls in love with. With that, this young star is also very much dedicated to his career and profession for now.

Talking About Noah Schnapp’s Past Affairs

Whatever it is, are rumors and not confirmed when it comes to Noah’s dating life. He’s been tied to a number of Stranger Things cast members. In 2017, Noah Schnapp, the much-loved Tiktoker, was rumored to be dating one of the Stranger Things cast members. Stranger Things fandom must be familiar with the name Millie Bobby Brown. She played the role of Seven in the series. Yes, Noah and Millie supposedly dated each other for a brief period of time. All these speculations began when Noah picked Millie from the cast as to whom he would hook up with. All hypothetical! However, later reports cleared that the co-stars were just friends and not dating outside of work. 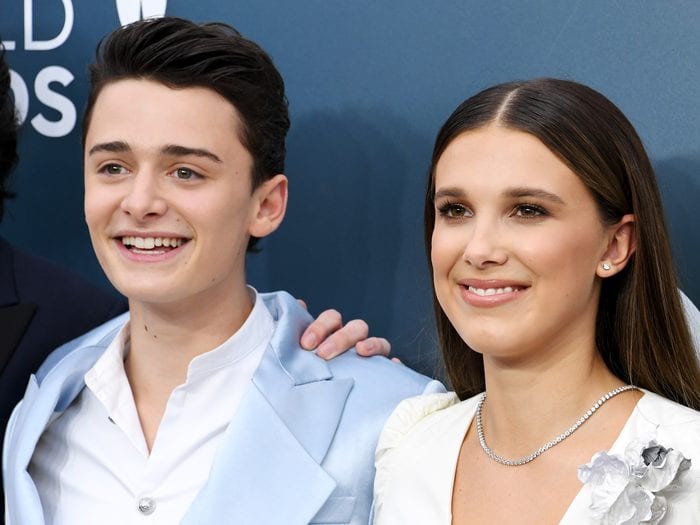 Not only this, but few fans also speculated that Schnapp was dating another of his co-star Sadie Sink, an American actress and Stranger Things series fame. However, this turned out to be nothing more than speculative speculation. Noah, on being questioned about his links with different co-stars, always responded with a straight No as well as the all-time classic, ‘ We are just friends.’ Apart from this, no other information about his personal dating life is revealed. It looks like Noah likes being private.

Anyways, that brings us to an end. We are clear with the fact the Noah Schnapp is single in 2021 for now. If in case that changes, Otakukart takes the responsibility of bringing you the news first. Our site is full of different entertaining and interesting content. Check it out now.