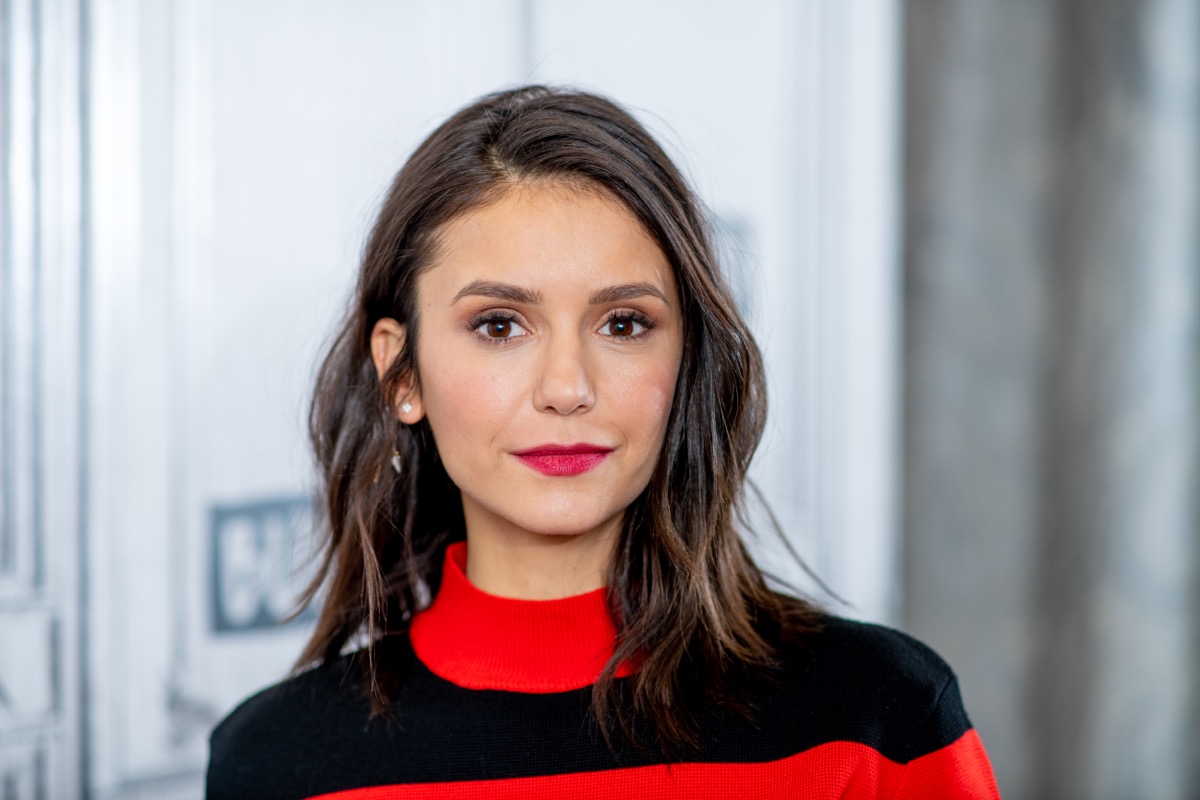 Who is Nina Dobrev boyfriend in 2021? Nina Dobrev is a famous Canadian actress well known for her role in The CW’s supernatural drama series The Vampire Diaries. Like her professional life, Nina’s dating life is like an open book. Previously she was romantically linked with numerous celebrities such as Ian Somerhalder, Derek Hough, Liam Hemsworth, Austin Stowell, Grant Mellon, etc. Her dating life is indeed complex, and you would even lose track of how many times her dating rumors circulate. In Nina Dobrev’s case, love seems to appear once in a while but also leaves quickly, leaving the star alone.

Nikolina Kamenova Dobreva, also known as Nina Dobrev, is a Canadian actress who first appeared in the television film “Playing House” in 2006. Since then, she has been continually working in the entertainment industry. Nina has acted in various films and television shows, such as The Perk of Being Wallflower, The Vampire Diaries, Away From Her, Degrassi: The Next Generation, Then Came You, etc. Her role as Elena Gilbert in TDV was the breakthrough performance. That brought her wide popularity from around the world. Her love life is as extraordinary as her professional one. She has always been the center of attention. That leads to numerous dating rumors whenever she spots together with any celebrity. Thus, that directs us to the unanswered question who is Nina Dobrev boyfriend in 2021?

Read Also: Relationship Between Lady Gaga and Bradley Cooper: Are They Dating Each Other?

Nina Dobrev is dating his boyfriend of one year, Shaun White, an American professional snowboarder, skateboarder, and musician. Their love goes back to 2020. The dating rumors of Nina Dobrev and Shaun White began when they were spotted biking together in Malibu in March 2020. Even after the rumors spread on the internet, the two did not make any confirmation. The two seemed to enjoy their time together while keeping things under wrap. That went on for a few months until May. 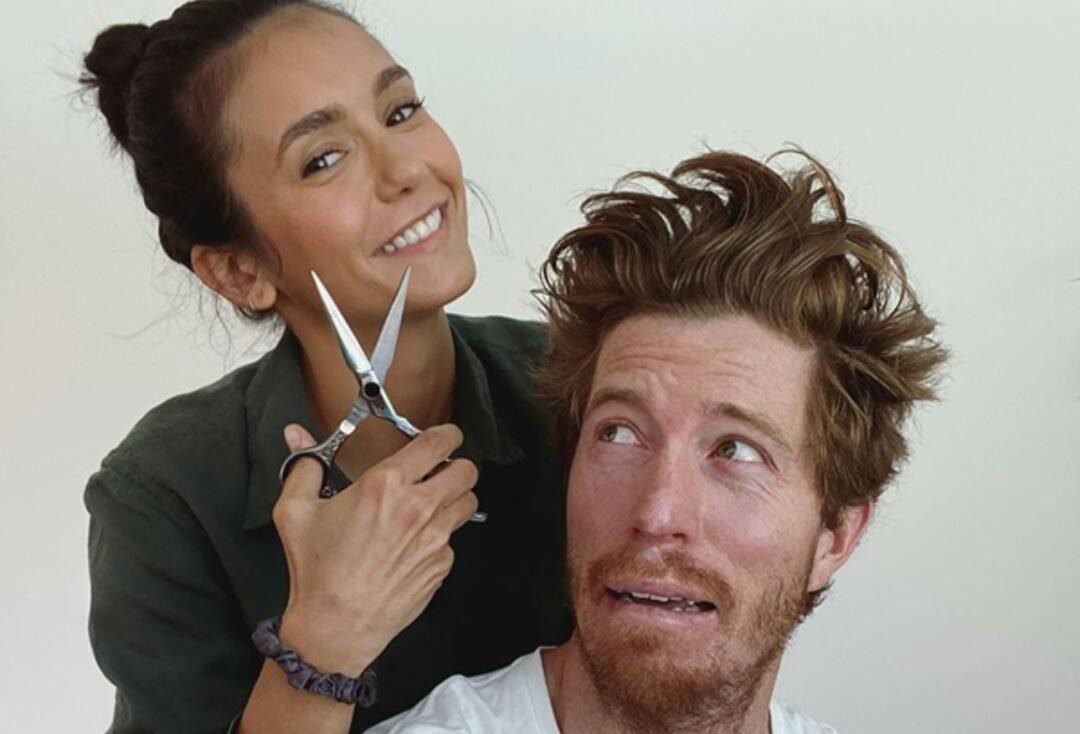 In May 2020, Nina officially confirmed their relationship on Instagram by sharing a photo of herself holding a pair of scissors and Shaun making a funny afraid face. Later on, Shaun also uploaded a video of Nina changing his look. According to sources, the couple was living together during the COVID-19 pandemic. It also revealed, the two seemed to have become comfortable and vibing with another one. It seems the pair are supportive of each other in their field.

Dobrev and White Are One of The Romantic Couples

After confirming their relationship, Nina and Shaun became more open and did not hesitate to shower their affection. The couple went on a vacation to Tulum, Mexico. Where they spotted lip-locking. In November 2020, they spent their first Thanksgiving together. The lovebirds spent quality time with their family while enjoying each other company. The two are even pretty active on their social media, where they often post the couple pictures. In January 2021, White celebrated Dobrev’s 32 birthday together, posting adorable photos of them on social media. In the same month, they went on hiking and shooting club. 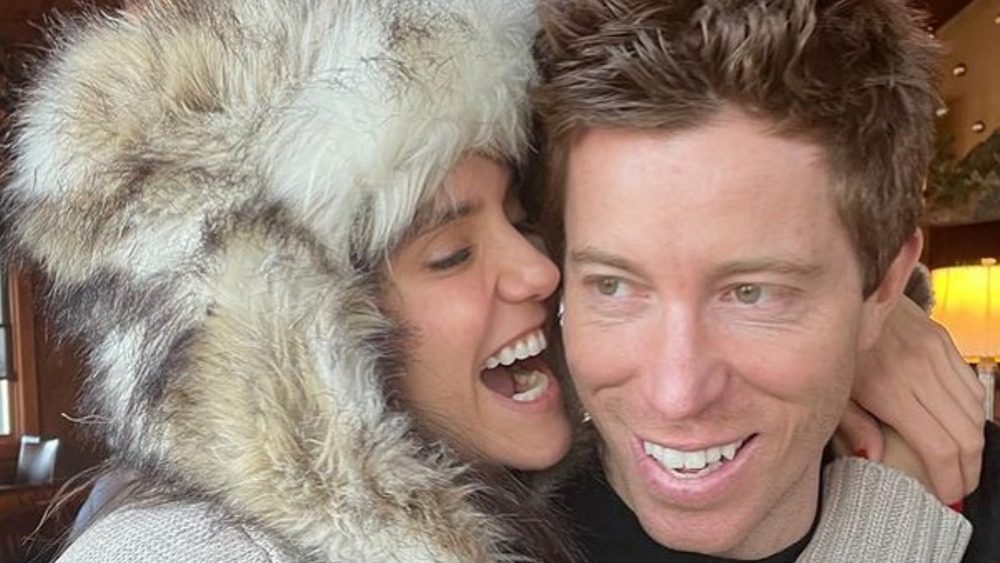 Shaun and Dobrev celebrated their first anniversary in June 2021. But that was not all. To make it more special, White wanted to recreate their date, but everything was closed down at that time. But he did not accept defeat and went as far as sweet-talking to the owner of the place to open up for them. Such a romantic partner is he! It has been more than a year since Nina and Shaun began dating, and so far, it seems the pair are matching each other vibe perfectly.

Nina Dobrev dating history is as complicated as an unsolved puzzle picture. Previously she has been rumored to be dating numerous celebrities. The most stands out is her relationship with her co-star of The Vampire Diaries, Ian Somerhalder. After meeting on the set of The CW’s supernatural series TVD, the pair began dating in 2010. However, two years later, in 2013, they broke up. Afterward, she was romantically linked to Derek Hough, Liam Hemsworth, Austin Stowell, Glen Powell, and Grant Mellon. But none of her relationships lasted long.

Her current relationship with the athlete Shaun White is loved and adored by fans. Both seem to pass positive energy whenever we see them together. Hopefully, Dobrev has found the one, her soulmate. Fans wish the couple will stay together for a long time.

Read Also: Are Lexi Rivera And Andrew Davila Dating? What We Know