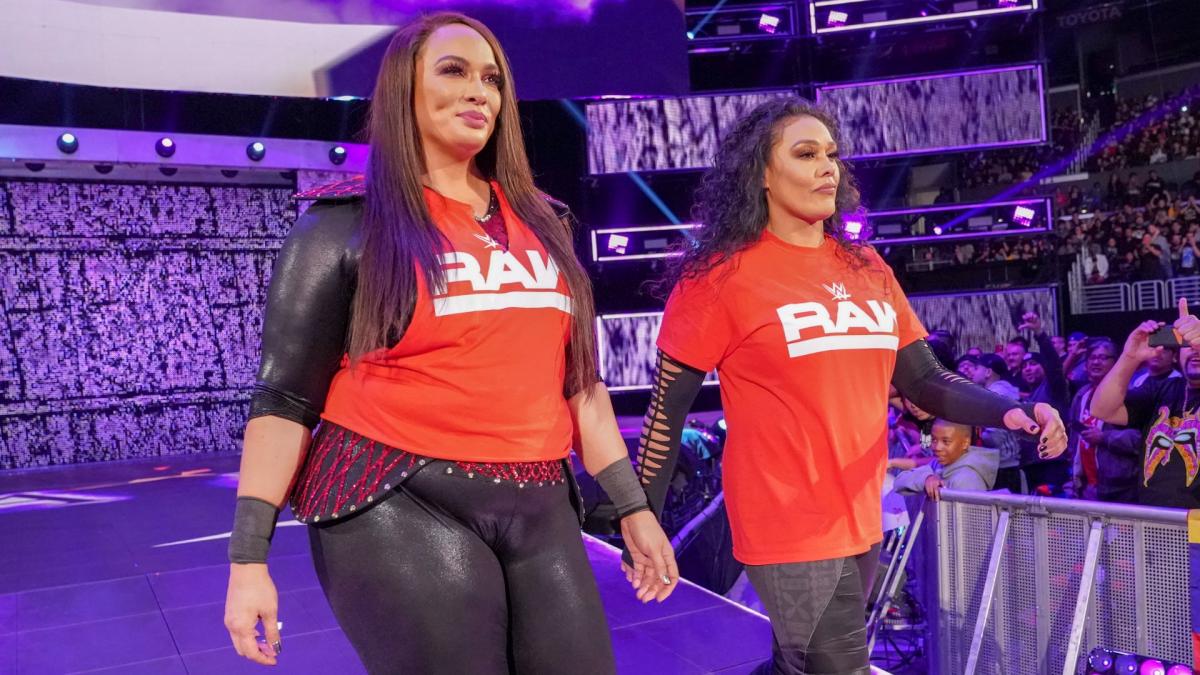 Nia Jax is an Australian-born American professional wrestler and model signed to WWE. She is the winner of the Raw Women’s Championship once and the Women’s Tag team championship a record-breaking two times. A nice way of introducing her would be as The Rock’s (Dwayne Johnson) cousin. Born as Savelina Fanene on May 29, 1984, to Joseph Fanene and Renate Fanene in Sydney, Australia she was raised in Honolulu, Hawaii. Fanene is both Samoan and German. She has also lived in San Diego, California, and studied at Carlsbad High School. Later she attended Palomar College in San Marcos, California where she was a basketball player. In 2005 she graduated from Cal State San Marcos with a marketing degree. Before she got into professional wrestling Fanene was a plus-size model.

In early 2014 she was signed by WWE, her in-ring debut was on May 7th, 2015 at an NXT House show under the ring name Zada- where she was defeated. In August her ring name was changed to Nia Jax. Jax made her debut on the October 14th episode of NXT defeating Evie in a singles match. After her debut, while she was on a winning streak she seemed to be turning villainous defeating various enhancement talents and NXT Diva Carmelia. In November she allied with Eva Marie. Jax earned a title match on December 16th at NXT Takeover: London but she did not win the title.

Nia Jax was called up to the main roster as soon as she went on a rampage, defeating enhancement talent. Nia Jax fought with the likes of Alicia Fox, Sasha Banks, and Bayley during her very first run. She was also be booked in an on-screen romance with Enzo Amore before he left the company.  Nia Jax happened to win the RAW Women’s Championship at WrestleMania 34. A little after she lost the title when Nia Jax challenged Ronda Rousey and had Alexa Bliss cash in her RAW Women’s Championship during the match. Nia Jax later went on to win a Battle Royal at Evolution for a shot against Ronda Rousey for her title. During this time, Nia Jax has also been paired up with fellow powerhouse, Tamina Snuka. Nia Jax was unable to defeat Ronda Rousey at TLC, and become RAW Women’s Champion. However, she remains an integral part of the RAW Women’s Division.

What makes her different

Nia Jax is very much unlike most women. She is six feet tall and weighs 123 kg. She has spent most of her life towering over other women. Do you get the picture? During school, she was unable to be part of activities such as karate, kickboxing, etc because someone would end up getting hurt at her hands. Upon her arrival at the WWE Performance Center, she immediately blew away all other superstars in terms of power. She was also punished in no time. She carried that power with her to Raw in 2016 and established herself as a powerful force, going on to capture her first championship gold at WrestleMania 34 when she defeated Alexa Bliss for the Raw Women’s Title. Jax has found tag team success as well with an unlikely partner in Shayna Baszler, winning the WWE Women’s Tag Team Championship.

Nicknamed “The Irresistible Force” Jax has received attention and criticism for reports of her being an “unsafe worker”.In November 2018, She accidentally punched Becky Lynch’s face during an episode of Raw, causing Lynch serious injuries and a concussion. Wrestling promoter and manager Jim Cornette blamed both incidents on her size and said that she could hurt people even though she doesn’t actually mean to. During a match between Jax and Kairi Saine in May 2020, Sane suffered a head cut after Jax threw her onto the ringside steel steps.

She has said that she knows that she’s a big girl and admitted to having fought body image issues from a very young age. She is also happy that she’s setting an example for all overweight women by embracing herself just the way she is .

Nia Jax hasn’t been married but she has been in a relationship with NXT superstar Josh Woods between 2014 and 2016. Woods was with WWE during that time.