The American television personality is moving ahead in her life! The below article will help you to witness her journey! 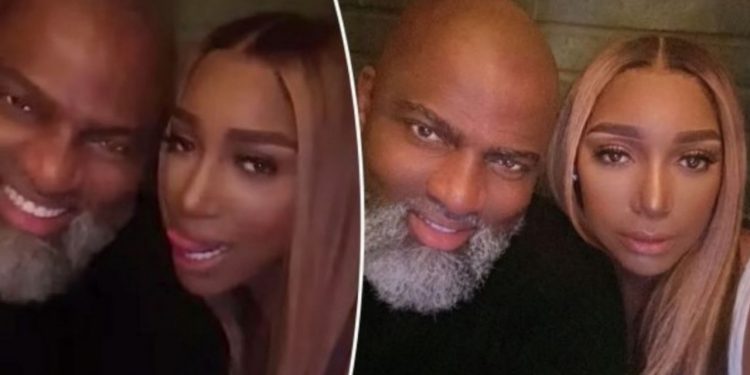 Who Is Nene's Partner?

NeNe Leakes is lucky enough to find love all over again. This Christmas, NeNe was not alone as she had her new partner to have her back! Earlier on 1st September, she dealt with a huge loss when her husband Gregg Leakes died of his prolonged battle with stage III colon cancer. Following which NeNe went into a stage of depression. And getting up from all that was not easy for her. She once opened her heart to say that she can never forget Gregg. NeNe said that she will love Gregg forever and ever!

She then brought to light the conversation which they did before Gregg passed away. She says that it was a very tearful and heart-to-heart conversation. He said her to be happy and to never forget to smile. Moreover, she told her that whosoever would find her would get a good one. And now, after three months, it seems that person had paved his way in NeNe’s life. But who is NeNe dating currently? Well, he is from the world of fashion! And to know more about the latest boo of NeNe, follow us as we dive through this piece!

Also Read: Who is Patrick Martens’ Partner? All About His Present Relationships!

Who is Nene dating now?

NeNe Leakes, The Real Housewives of Atlanta star, enjoyed this Christmas with her new boyfriend named Nyonisela Sioh. She had also publicly exposed her love life while celebrating her pre-Christmas date night with her new boyfriend, Nyonisela Sioh. She posted several photos and videos showing the two enjoying their dinner, which included lobster tail and cocktails. These snaps were posted one week after the two had brought to light the new depths in their relationship.

In one of the videos, NeNe and Sioh were seen enjoying each other’s warmth when she laid her head on his shoulder. And the way NeNe twisted her tongue is the witness of the naughty aura that was enveloping these love birds. She then said, “almost Christmas eve and having dinner with…” She completed the sentence with her laughter without calling Sioh’s name at that moment. NeNe Leakes was wearing a white tank top, and Sioh wore a contrasting black shirt. Before all these, NeNe Leakes was also pictured lately with Nyonisela Sioh while leaving a Miami Beach restaurant.

The first time when rumors about them dating paved the way were when Nyonisela Sioh had accompanied Leakes to her surprise 54th birthday party earlier this month on 13th December. The rumors had finally started circulating in the internet’s air when on the 15th, she posted several photos of that party. She captioned it by saying that this year she was not willing to celebrate her birthday, but it seems that her fam does not really want it to be in that way!  And this surprise party was thrown by her son Brentt. To which she excitedly says that it was the very first time that his son had given her any party. In many of the pictures, Nyonisela Sioh was seen hanging around NeNe. He was wearing a lavender-colored suit.

Also Read: Is Kimmi Grant Married? A Deep Dive through her Personal Life!

When did NeNe confirm that she is dating Nyonisela Sioh? More about NeNe’s boyfriend!

The first time when NeNe confirmed that she was dating Nyonisela Sioh was on 17th December. She said that they are dating and they are also friends! She continued by saying that loves Gregg and grieving is hard. However, he himself had given her the blessings to find herself a new reason to smile! And now, if you want to know that who exactly Nyonisela Sioh is, then the following section would help you with that!

Nyonisela Sioh is a popular Liberian-American businessman, fashion designer, style icon, professional tailer, social media influencer, and entrepreneur from Monrovia, Liberia. Nyonisela is better known for designing fashionable menswear for his company, Nyoni Couture. He had also worked with several mega-celebrities. He is a married man who is blessed with three children from that marriage- two sons and a daughter. And as of now, it is unclear that whether that marriage is officially ended or not!