Who Is Mykayla Skinner? Career, Marriage, And Achievements 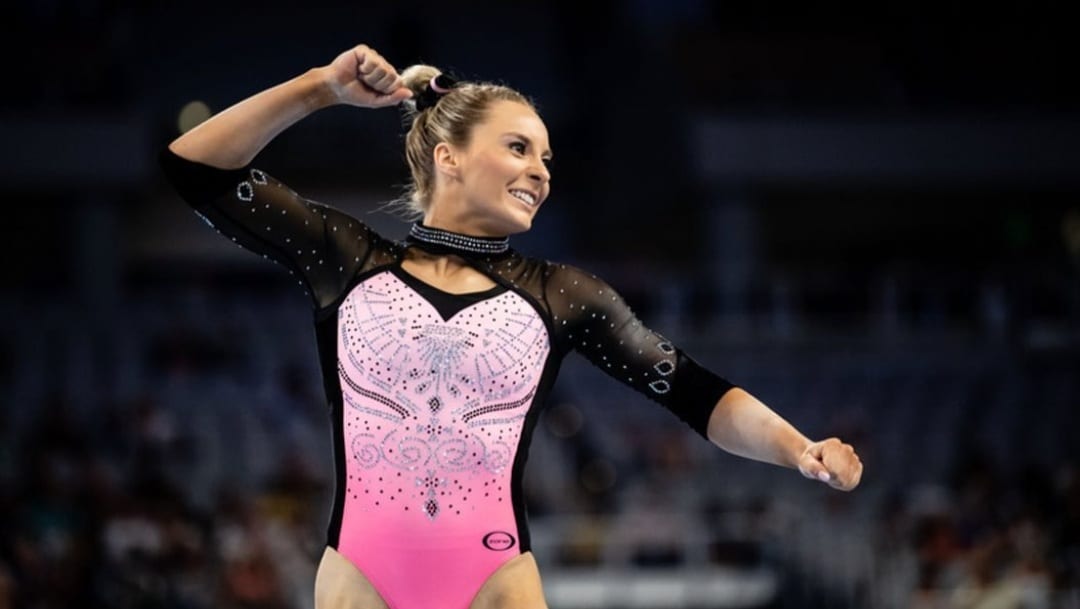 Mykayla Skinner is a celebrated American artistic gymnast. Her full name is Mykayla Brooke Skinner Harmer. She was an alternate on the 2016 Olympic women’s gymnastics team. She has now qualified to compete at the Tokyo Olympics, as an individual. The 24-year-old gymnast is the oldest to be picked for the US Olympic gymnastic team since 2004. She missed out on the chance to compete for her country back in the 2016 Rio Olympics. She also contributed to the U.S. team’s gold medal at the 2014 World Championships. Skinner also won an individual bronze medal on vault. During her senior year, she won a total of 11 medals at the USA National Championships. She also competed for the University of Utah’s gymnastics team. She is a two-time NCAA champion as well. Read on to learn more about Mykayla Skinner and her journey to the Tokyo Olympics.

Skinner’s journey to the Olympics was, however, halted when she contracted the COVID-19. In January this year, she revealed to her fans that she was hospitalized with pneumonia, triggered by COVID-19. This spoiled her plans for competing at the 2021 Winter Cup. Owing to her post-COVID recovery, she had insufficient training and withdrew from the Winter Cup. However, she bounced back soon and attended a national team camp in March. In May, she competed at the U.S. Classic. She finished at tenth place in the all-around and first on vault. Following that, she went on to compete for the all-around both days at the National Championships. She won silver on vault, behind Simone Biles. She also placed ninth on uneven bars, tenth on floor exercise, and sixteenth on the balance beam. Consequently, she was added to the Olympics trial, where she placed fifth in the all-around.

Mykayla Skinner has many wins and achievements to her name. Let’s look at some of her career highlights and achievements. In 2012, she won the bronze medal at the U.S. Nationals. In 2013, she again won a bronze at the P&G Champions. She is a vault & floor exercise silver medalist from the 2014 U.S. Nationals. The same year, she also won a gold medal with the U.S. in the team competition. She also won the bronze medal for vault and placed fourth on floor exercise. In 2015, she won the silver medal for vault and bronze for floor exercise, at the AT&T American Cup.

Skinner was born to Cris and Kym Skinner, on December 9, 1996, in Gilbert, Arizona. She attended Highley High School in 2011 as a freshman. After 2012, she began receiving education through home-schooling. She decided to join the University of Utah program as a collegiate gymnast beginning in 2015. However, to secure a place on the USA team for the 2016 Summer Olympics, she put it off to 2016. Skinner has three older siblings, Jeremy, Chelsea, and Katie. Two of her siblings are former gymnasts themselves. She is a member of The Church of Jesus Christ of Latter-day Saints. She has said that her role models us Olympic gold medalist, Shawn Johnson. The gymnast has trained with the coaches of Desert Lights Gymnastics in Chandler, Arizona.

Mykayla Skinner is married to her long-time boyfriend Jonas Harmer. She made her engagement announcement on Instagram on October 16, 2019. The following month, the couple married on November 14. Harmer is a sales manager by profession. He is also a cryptocurrency day trader and edits his wife’s YouTube videos as well. Harmer majored in entrepreneurial management from Brigham Young University, studying business from 2017-2021. Harmer has also worked as a missionary for The Church of Jesus Christ of Latter-day Saints. He worked as a Financial Services Intern, and as a sales representative for Brio Energy. He currently works as a sales manager. Harmer also helps her wife with her YouTube channel, editing her videos, alongside day trading in cryptocurrency.

The Many Saints Of Newark: Everything To Know