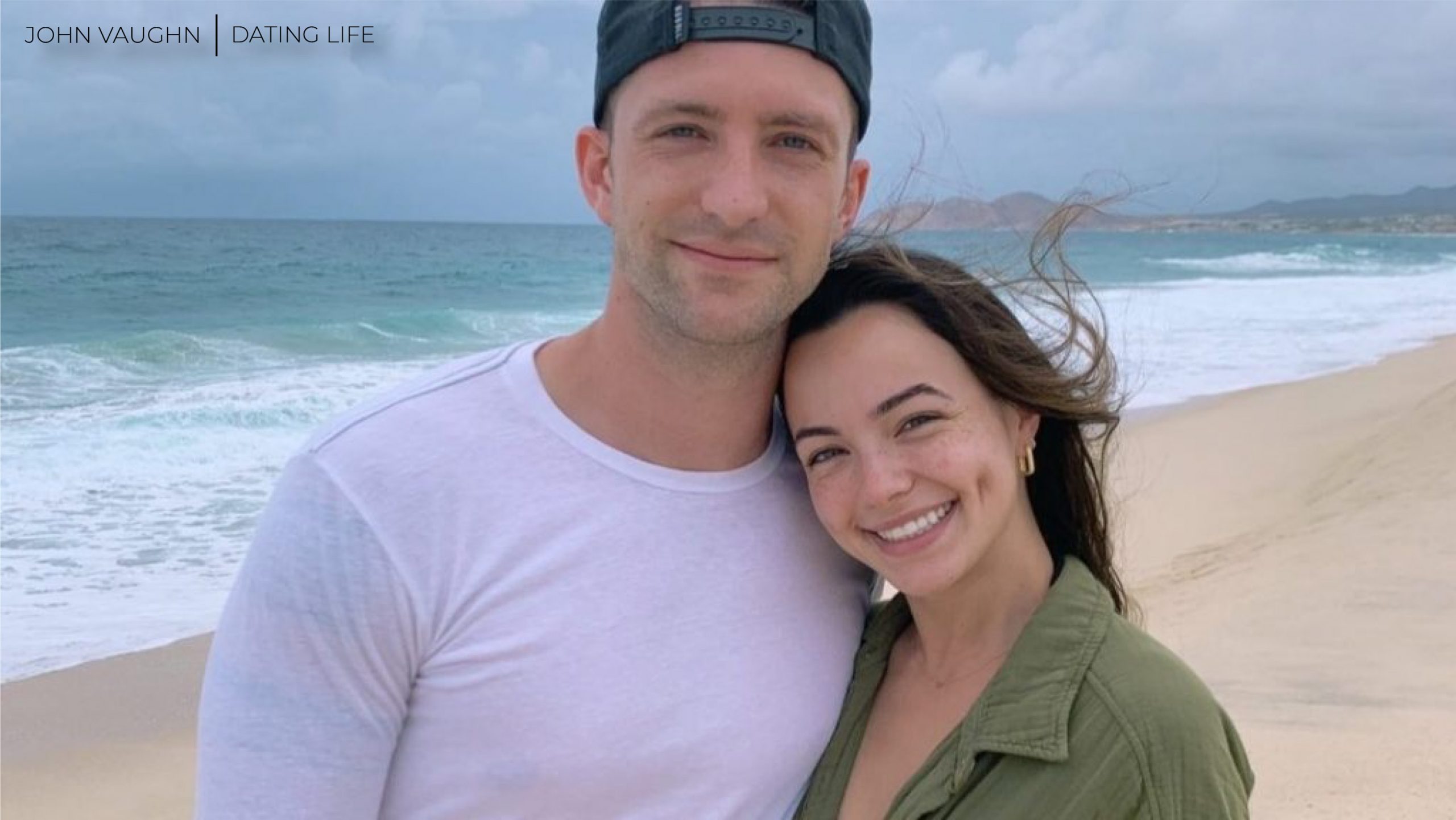 The professional musician and artist John Vaughn has revealed his love life on 5th July 2021 through his Instagram profile. Nowadays, to become a public figure or to maintain that position and popularity, personalities have to manage their social media accounts. They need to keep their followers and viewers engaged! For which they use their skills, talent, luck, and stardom.

John Vaughn is a member and one of the co-founders of the famous musical group- Band The Public. In which his role is of the guitarist and singer. To maintain his stardom, now he, too, has put his private life in front of the public eyes. And he succeeded in his attempt! He was able to receive an affirmative response from his followers, who were happy to know that their favorite star is now thinking of getting settled. Well, public life may seem interesting and fascinating, but it’s the toughest thing to manage and maintain! Who is John Vaughn dating? A dip into their relationship announcement

Musician John Vaughn is dating the young, dynamic youtube personality – Vanessa Merrell. The Instagram post through which they revealed their relationship status had throbbed the heart of their fans. Both of them took to their Instagram account to share those happy moments. He posted a seconds video and a still photograph. In which they were looking into the eyes of each other. On the other hand, Vanessa just posted that still picture. The fireworks in the background had embellished the frame.

Fans and their friends have flooded the comment section with their good wishes and love for the couple. Some used heart emojis, while others used their power of words. All were excited over the public reveal. Nezza wrote- “yes yes yes yes”. Emily Tosta wrote-“yes!!! finally”. Viewers were happy to know that John Vaughn is dating Vanessa Merrell. Before Musician John Vaughn she was in a relationship with Hootie Hurley.

Vanessa Merrell is a popular American actor, YouTuber, musician, and singer. Her notable movies include-  Jane the Virgin, Like a Boss, The Standoff, and many more. In 2019, she was nominated for the Streamy Award. She made her debut through her appearance in the short video-Work That. The 25 years old, young Instagram model was born on 6 August 1996. Internet is crazy on her. The way people show her their love is just amazing. Her Instagram followers tally touches the bar of 1.8 million. One of the main reasons for this many followers is her mostly active status. She usually entertains her followers and viewers by posting her day-to-day activities, lifestyle, future announcements, etc. Vanessa is best known for her part as Valeria in the TV series-“Jane the Virgin” in 2014.

She made her pictorial debut in the movie-“The Standoff”. In which her name was Maya, and it was directed by Ilyssa Goodman. She has also worked with many popular actors. Some of them are- Billy Porter, Salma Hayek, Rose Byrne, Tiffany Haddish, Jennifer Coolidge, etc. She and her twin sister Veronica Merrell are very famous Youtube stars. They own a very renowned Youtube channel with the name “Merrelltwins“. Whose subscribers count goes beyond 6.03 million with just 556 videos. In which they post videos of makeup and fashion, pranks, vlogs, and various ongoing challenges. Vanessa Merrell’s net worth touches the lavish periphery of $2 million. About Musician John Vaughn and his Band

John Vaughn-The guitarist and singer of the famous musical group- ‘Band The Public’ is all in love. Whether we talk about his love for Vanessa or his music, he is a passionate lover. The other members of his band include- Ben Lapps and Matthew Alvarado. Their first EP was released in 2012. This band has its taste in Indie-pop and classic rock. John had not yet revealed his age. But this handsome man looks between 20 to 25. The band partners met each other in high school. They went to Ohio high school in Cincinnati. And there only, they had their first performance! In which John had shown his guitar skills and Ben tried his hands on drums. Together they grew up in the laps of music. They took part in various music festivals. Such as Forecastle, AXSW, CMJ, and many more renowned festivals.

Before the news of being with Vanessa Merrell, he had always kept his personal life private. Even the internet doesn’t have much information about his parents. He wanted his fans to accept and respect his privacy! And this was the reason that when he had revealed about his love life, all were joyful and delighted. Picture of John Vaughn from his social media handle

A tour of the Social Media handles managed by this star

Musician John Vaughn is mostly active on his Instagram and Twitter accounts. As of August 19 of 2021, he has 31.9K followers on Instagram with the following list of 244 accounts and 94 posts. His bio says- “you don’t know me”. Now about his Twitter handle. He joined Twitter in December 2011. He has 3376 followers and 7 followings, with the same bio. But the people mainly know him by his band’s youtube channel:- PUBLICTHEBAND. In which they have 588K subscribers and 89 videos.