Moniece Slaughter is an American singer and songwriter. She was born on 4th March 1987 and is now 34 years old. She grew up in Los Angeles, California, and is best known for being a member of the cast of the show: Love & Hip Hop: Hollywood.  Moniece remained on the show for the entirety of the first 5 seasons as a lead actor. In the 6th season and the 7th season, Love & Hip Hop: New York, she became a supporting cast member. The same goes for the 8th season titled: Love & Hip Hop: Atalanta. Not many know this, but it is Moniece Slaughter who sang the original theme song of America’s Next Top Model. Moniece came out as bisexual when the show was in its 3rd season run. She is also known as Kali.

Her mother’s name is Marla Thomas. Her stepfather, Dave Thomas, is the Grammy-winning singer of Taking 6. Moniece claims she always knew about her bisexuality but was scared of coming out. Biphobia is rampant, and she was afraid of judgment. She herself was from a very religious family, and homosexuality was taboo. Her family, as she also had once claimed, continued to support her, getting rid of such irrelevant superstitions, and still support her for what makes her happy. 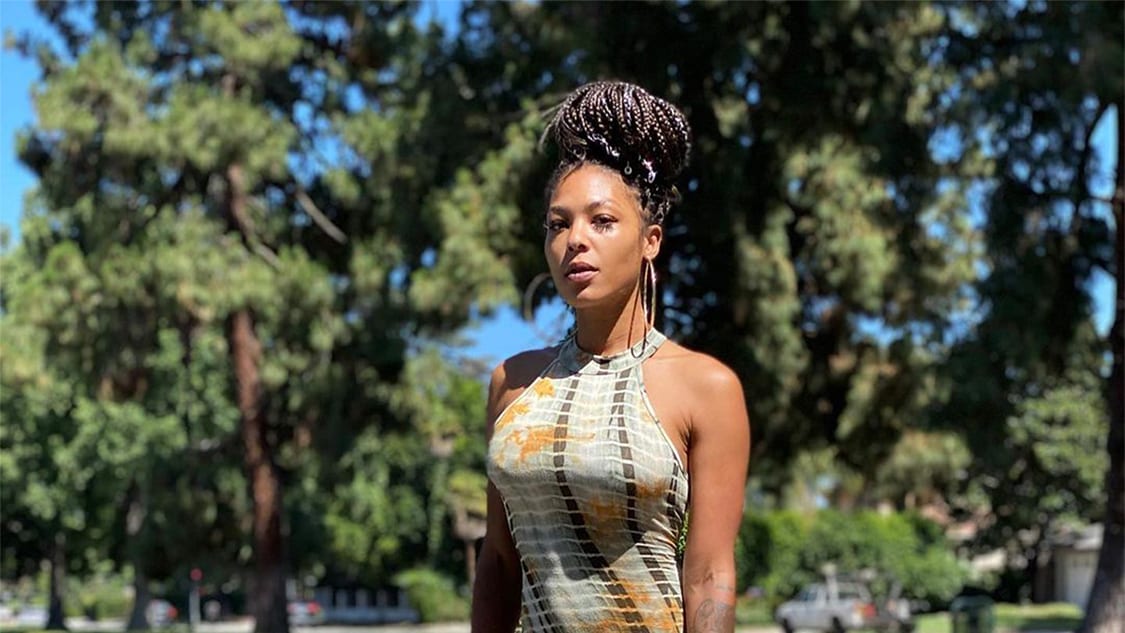 Also Read: How Much is the Net Worth of the African Fashionista, Mihlali Ndamase?

Moniece was introduced as a struggling single mother of her son. She had Kamron David Frederic with Lil’ Fizz, a rapper, and he was born on January the 8th, 2010. The first season shows the struggles that she and Lil’ Fizz are facing while co-parenting their son. Moniece plays the role of an estranged mother, trying very hard not to be a boring mom and repudiate that sort of reputation. She starts her own sex toy business to make her ends meet. In the first season, she gets into a serious tussle with Amanda Secor, Fizz’s girlfriend of 2 years. In this violent fight, Moniece even drags Amanda by her hair!

The 2nd begins with Moniece’s new relationship with   It is in this season that she becomes the girlfriend of Rich Dollaz from L&HH: New York. In this season, she talks about her mental health issues and about her rocky relationship with her mother. Moniece kindles a violent fight between Brandi and Princess, which happens after the reunion of the 2nd season. This feud would go on throughout the 3rd season. In the 3rd season’s reunion, Slaughter also comes out as bisexual. A sex tape also leaked in this season.

Her girlfriend, A.D., also joins the cast in the 4th season. A.D’s friend, Tiffany, would in the 5th season, start dating Lil’ Fizz. It was also this season which was Moniece’s last season in which she was the main member. Apparently, she had to publicly plead with her producers to be made free from the show. Princess and Moniece finally made peace. The 6th season again casts Moniece as an estranged baby mama, and her conflicts with her son’s father, Lil’ Fuzz. It is revealed that Fizz had been lying about him and Apryl, and this causes even more fights. She leaves the series for good here.

Moniece comes back for 2 episodes of the 7th season, but of Love and Hip Hop: New York. Her only motive here was to expose her ex-boyfriend, Rich. Apparently, Rich had tried to rekindle their flame, even though he was in a relationship with Jade. In the 8th season, she has a fling with the rapper: Scrapp DeLeon. Apart from the main show, she also stars in the special renditions of the show such as The Wedding, Dirty Little Secrets, etc.

More About the Dating History of Moniece Slaughter:

A lot of further knowledge about her previous relationships has currently surfaced. Including the fact that her relationship with her girlfriend took a toxic turn. After that, she had also dated  Shaquille O’Neal, about whom she revealed some serious allegations about 1 year ago. She accused Shaq of having “encouraged self-harm.” Apparently, the two had dated between 2010-2011 and had broken up after the rapper cheated. Her manager revealed this; that she had received messages like: This is why u will always be a broke bit*h, a famous broke ho*, and more detrimental stuff.

After that, in June of 2020, she put in a couple of Instagram stories about her new boyfriend, who fulfilled all the criteria. After she denied dating Shemar Moore, she posted a workout video with her new boyfriend on Instagram. However, his name nor face has been revealed. It is unsure if they are still together. Although, some sources claim that she is single. But more importantly as of now, Moniece has been under serious threat after she went public with the relationship between Apryl Jones and Dr. Dre. She has received death threats and whatnot.