Who is Mishel Gerzig’s Partner? How did She meet Her Boyfriend? 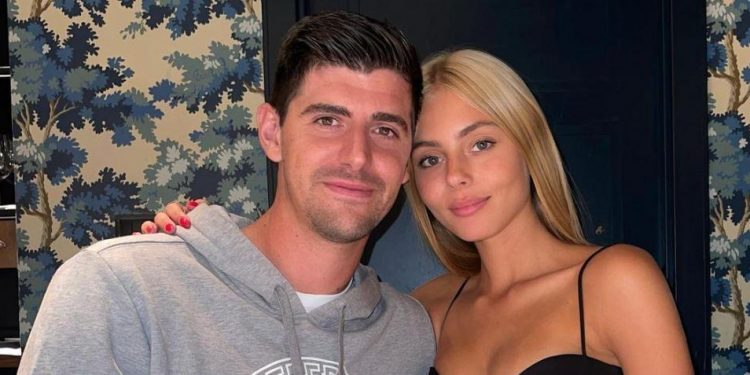 A well-known Israeli model, “Mishel Gerzig,” is nowadays is in the news everywhere. She has around 330,000 followers on Instagram. She signed to the ‘itm model management’ company and has been working for a couple of years now. Talking about her net worth, there is no confirmation about her income. But it is obvious that she is a model, so she must have made a decent amount of income for herself. With her social media existence and modeling contracts with modeling agencies, she should have no reason not to have earned a fortune. Now, let’s discuss her personal life and who is Mishel Gerzig’s partner, family, and friends.

From her social media account, it is found that she has quite a lot of friends. But there is not so much disclosure about her family anywhere, which can be assumed that she doesn’t want her family to be on social everywhere. You must be wondering about a guy who is on her Instagram account everywhere. Maybe he is a brother of her or maybe a best friend. But what about her boyfriend. Well, it is a very interesting thing to talk about in this era as this is becoming the most sensational topic to talk about everywhere, whether it is a famous or nonfamous artist or whatever. Everyone wants to know about everyone’s social life and who they choose to spend their time with.

Who is Mishel Gerzig’s partner?

At the moment, Mishel Gerzig is dating her boyfriend, Thibaut Courtois. She made it official to the public in early August 2021. Since then, she has been posting a lot of pictures with her boyfriend. Thibaut Courtois is the Belgian No. 1 Goalkeeper who also plays for the Spanish giants, Real Madrid. One can also see Mishel Gerzig’s pictures with her boyfriend on both the accounts: @mishelgerzig, @thibautcoutois. Mishel is five years younger than Thibaut, but their chemistry is being loved by so many youngsters, which proves that age difference doesn’t matter. If you are really in love with someone age doesn’t matter. They both look so cute together.

Also Read: Ronaldo Girlfriend: Who Is The Star Footballer Linked With?

Thibaut Courtois is a Belgian footballer who plays as a goalkeeper. He plays for the Spanish club Real Madrid and the Belgium national team. His firm dedication towards his profession made him one of the best footballers (goalkeeper) in the world. He made his senior international debut in October 2011, becoming the youngest goalkeeper to represent Belgium.

Talking about his social life, he has around 8.2 million followers, which made him popular as a footballer and an influencer. He is active on his Instagram handle after he announced his relationship with stunning Israel model Mishel Gerzig. Before Thibaut Courtois began dating Mishel after ending his long-term relationship with Marta Dominguez. They both have two children together, named Adriana and Nicolas. But unfortunately, they got separated because the Belgian stopper had cheated on her several times. After that, he met Mishel, and they started dating each other and making a good couple.

Courtois and Mishel are frequently seen enjoying some quality time with each other when he is not busy with national or club football. They both were together seen on a yacht in Ibiza after Belgium exited Euro 2020 in the quarter-final match.

How did it all start for Mishel Gerzig and Thibaut Courtois?

In a recent interview, Mishel was asked about her relationship with Courtois. How did it all start? She replied they both met on Instagram. One day Thibaut saw a picture of Mishel with her dog, Milo. He responded to her photo by writing ‘cutie’. Then immediately she knew who he was because she had always been a great fan of football. She said ‘thank you, and they started talking through it. This proves that everything happens for a reason. If she never posted a picture with her dog, then he never would have known who she is, and it would never have started.
Also Read: Wentworth Miller’s Boyfriend: Who Is The Popular Actor Dating?
ShareTweetShareSharePinSend
Previous Post

Who is the Protagonist of BEM movie: Become Human?