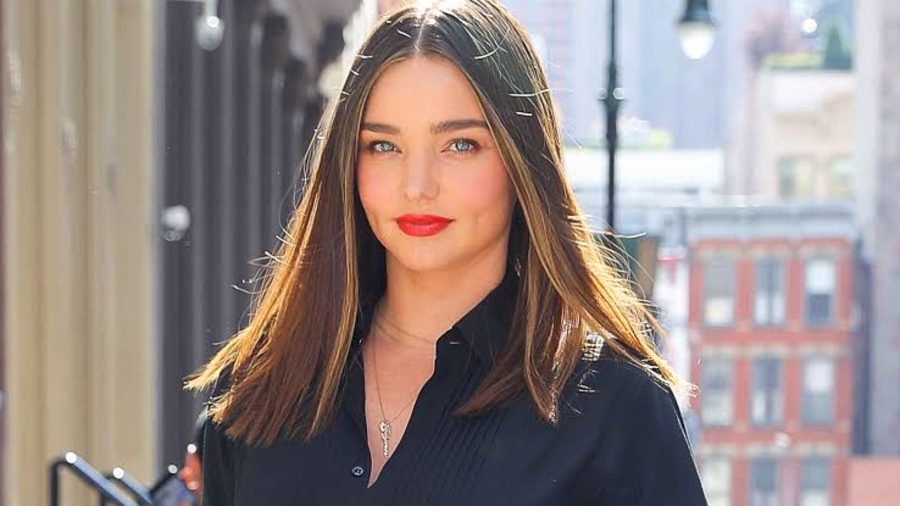 Miranda Kerr is a famous businesswoman and model from Australia. She becomes famous and garnered attention as one of the Secret Angels of Victoria in 2007. Kerr was the first Australian secret model of Victoria. So, who is Miranda Kerr dating now? The model has her own fair share of dating history. In 2003, she was dating Adrian Camilleri, a finance broker. Miranda also dated Jay Lyon from 2003 to 2007. Later on, she begins dating Orlando Bloom in 2007. In 2012, she was rumoured to be dating Leonardo DiCaprio and Justin Bieber. However, the same also remained as rumours and nothing more.

Kerr also talked about bisexuality in a 2014 interview. She stated that she appreciates both men and women. Kerr mentioned appreciating the female form and loving the female body. Miranda found love once again after her divorce from Orlando Bloom. She and Orlando are even co-parenting their child now. The pair is now good friends. Orlando got engaged to Katy Perry and has a daughter. Kerr even has a sweet friendship with Katy Perry and spends their time together sometimes.

Miranda Kerr: Who is She Dating?

Miranda Kerr is not only dating but married to Evan Spiegel. He is the CEO and co-founder of Snapchat. The Victoria’s Secret Model is happily married and even has two children with him. It has been four years since their marriage. However, they started dating in 2015. Before that, Miranda was married to Orlando Bloom. But, their marriage did not last long. Miranda and Spiegel make one of the famous power couples in the world, considering their influence. Kerr’s name is already well-known in the modelling world, while Spiegel’s name is in the business world. Their whirlwind romance soon led to marriage. 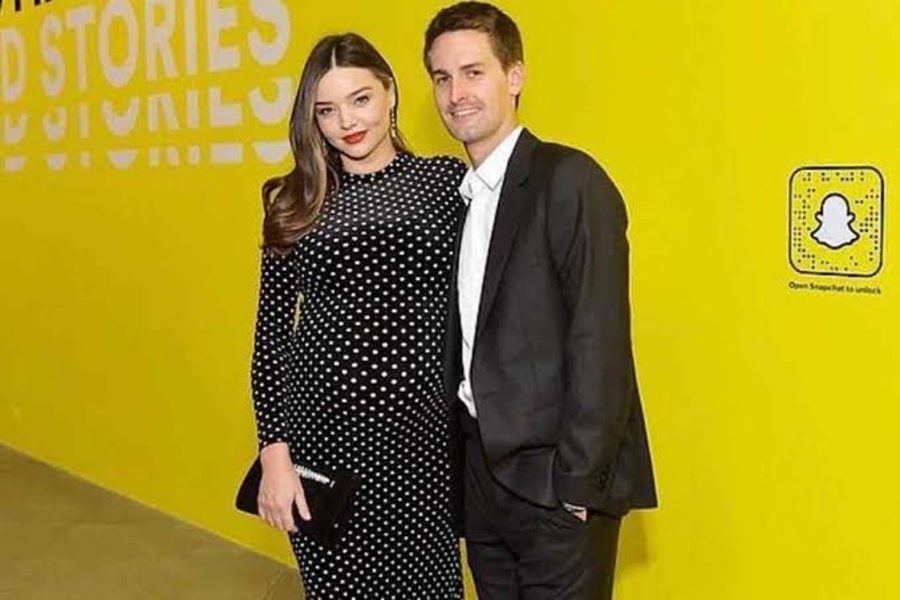 Kerr with her husband, Evan Spiegel

Miranda Kerr’s first meeting with Evan Spiegel took place in 2014 in Los Angeles during a Louis Vuitton dinner party. All the thanks for their meeting go to Louis Vuitton’s executive vice-president, Delphine Arnault. He was the person behind the seat arrangements for Miranda next to Evan. He said that he arranged it because he thought her to be beautiful and hence they would enjoy each other company. Well, the night the pair met, they instantly hit off. Miranda even commented on Evan to Glenda Bailey and said he was cute.

Kerr and Spiegel also brought property during that time in California, and this form the basis of their first conversation. They also exchanged their number. Glenda even predicted that the pair is going to get married. However, Evan soon took off from the dinner party due to work. Later on, Miranda took the initiative to text him one month later out of the blue. Evan thought initially he did not even have the chance with Miranda. Later on, the pair started dating in 2015 after being friends for a long time. Their first date took place in Los Angeles at a yoga studio. Evan also gave her a gingerbread house with her and Flynn’s name as icing during the date. He made the bread with his own hand.

Miranda Kerr’s marriage with Evan Spiegel took place in May 2017. The couple got engaged in July 2016. The announcement for their engagement took place via an Instagram post by Miranda. She made use of the $100 million company Snap, Bitmojis for announcing the same. The post also contains the engagement ring of 1.75 to 2.5 carats diamond. The cost for the same was estimated to be $75,000 to $100,000. Their wedding took place in their home in California’s Brentwood. It was a private wedding with only 45 guests. In 2018, she gave birth to their first child, and their second child was born in 2019. 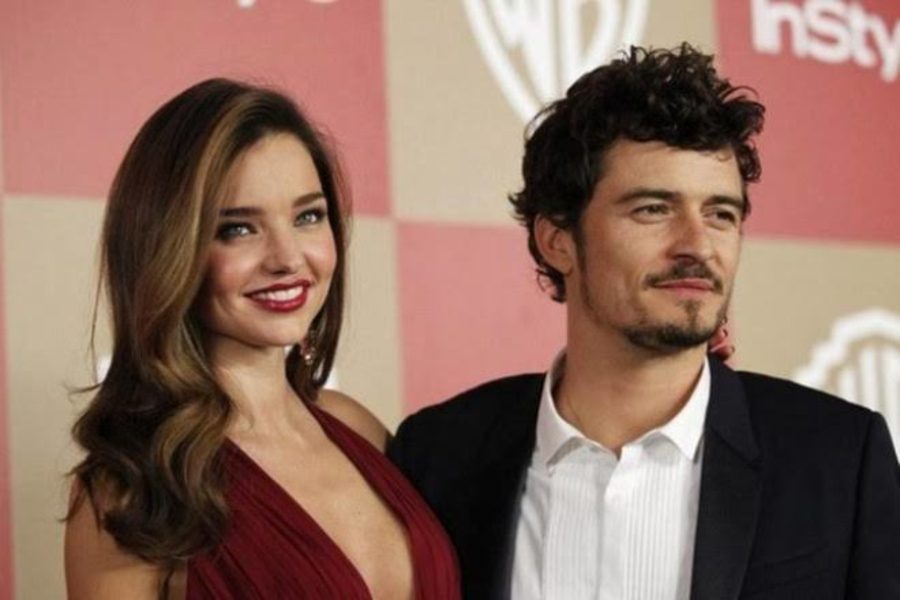 Kerr with her ex-husband, Orlando

Miranda Kerr has a child with her ex-husband, Orlando Bloom. She begins dating him in 2007. Their engagement took place in June 2010. The ex-pair got married one month later after engagement in 2010. In 2011, a son was born to them. They named him Flynn Christopher Blanchard Copeland Bloom. But, soon, the couple announced their separation after two years. The finalization of their divorce took place towards 2013’s end.