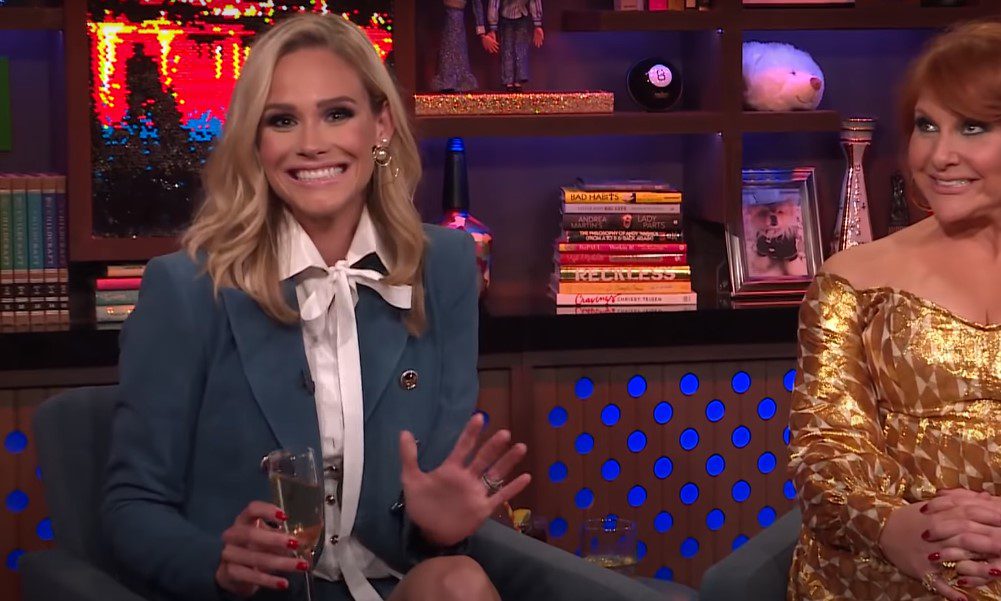 Who is Meghan King Dating?

In this article, we cover who Meghan King is dating in 2021. Is the former Bravo’s The Real Housewives of Orange County (RHOC) single or dating? Find out everything we know in our scoop about the single mother blogger and podcaster after she finalizes her divorce from Jim Edmonds and hopping from the arms of Christian Schauf and the to the arms of Will Roos. It’s a love rollercoaster for the former RHOC cast star as she and Jim Edmonds had their up and downs over seven years of a relationship that saw cheating allegations and their indiscretions public.

Currently, Meghan O’Toole King dates Will Roos from at least a year ago. But that also coincides with her love life timeline when she was with Christian Schauf. Or does it not? After all, this information comes straight out of Meghan’s social media profiles. Meghan King currently holds custody of three children she had in her former relationship with Jim Edmonds, a 4-year old girl named Aspen and a couple of twins named Hayes and Hart, who are 2 years old. Here is all about Megan’s current boyfriend further down this article.

Who is Meghan King?

Meghan O’Toole King is a blogger and former cast member of Bravo network’s reality television series The Real Housewives of Orange County. King rose to fame for her bravado behavior in the series. And from jumping from one relationship to another over the course of a pandemic year. Guess she needed someone to quarantine with. But I didn’t know who to do it with —pun intended. Anyway, this single mom, podcaster, and TV personality currently grabs headlines as she makes her relationship with Will Roos public. Keep reading on to learn more about this topic.

Meghan King had a troubled relationship with former baseball center fielder Jim Edmonds. You might remember Jim Edmonds for his work when he played for the then-named Anaheim Angels, the Brewers, the Chicago Cubs, and the St. Louis Cardinals. She and Edmonds had children in a relationship plagued by infidelity. King had a nasty divorce battle with Edmonds that lasted more than a year. And while she was separated from him, she dated briefly Christian Schauf, and outdoors products company manufacturer CEO, only to go to Will Roos’ arms a little bit later. Keep reading on to learn more about Megan’s current boyfriend, Will Roos.

This is a capture from Meghan King’s IG with current boyfriend, Will Roos

Who is Meghan King dating? Is the RHOC Star single or dating?

Meghan King currently dates Will Roos. Will Roos is a real estate broker that works for the Element real estate company. On that point, the RHOC star made her relationship public with this gentleman back in January 2020, not long ago after breaking up with Christian Schauf, whom we mentioned earlier. King maintains that her relationship with Roos is about a year’s length. And while the 36-year old mother of three expresses her tastes for men in a silly adolescent manner —as in not knowing which words to use to accurately describe her relationship without fear of emotional commitment—, she seems happy.

Meghan’s relationships are a constant matter of debate for her former co-workers at RHOC, and she’s no stranger to the topic in her public interviews. Still, we hope she fares well in her quest for a romantic partner that will fulfill her expectations. So far, Will Roos seems to be the chosen guy. Let’s dive more into Will. His real estate brokering net worth is around half a million dollars. But don’t let that number fool you because his Real Estate company, Element has over one billion dollars worth of assets worldwide. She sure knows how to pick them.

Also Read: Who Is Vicki Gunvalson Dating & How Is It Related to her Political Aspirations?

Now, let’s talk about Meghan King’s net worth, now that she’s out on her own after her work at Real Housewives of Orange County. The 34-year old now works as a podcaster, brand ambassador, and other side-hustles put Meghan’s net worth at about $5 million. Each season for Bravo Networks netted her three hundred large. And after a divorce settlement with Jim Edmonds, she might’ve gotten a little bit more money. But we don’t know the details on that particular subject.

With Megan King’s money, ventures, and her kids; she has a lot on her plate. But that doesn’t stop the millennial girl from Saint Louis, Missouri, from seeking love in the arms of her current boyfriend, Will Roos, owner of the Element real estate company. The couple enjoys their dates and sometimes post pictures of them together on social media. Meghan King and Will Roos are just dating, there’s no engagement ring nor a promise of marriage for that couple at this moment. We will have to wait and see.