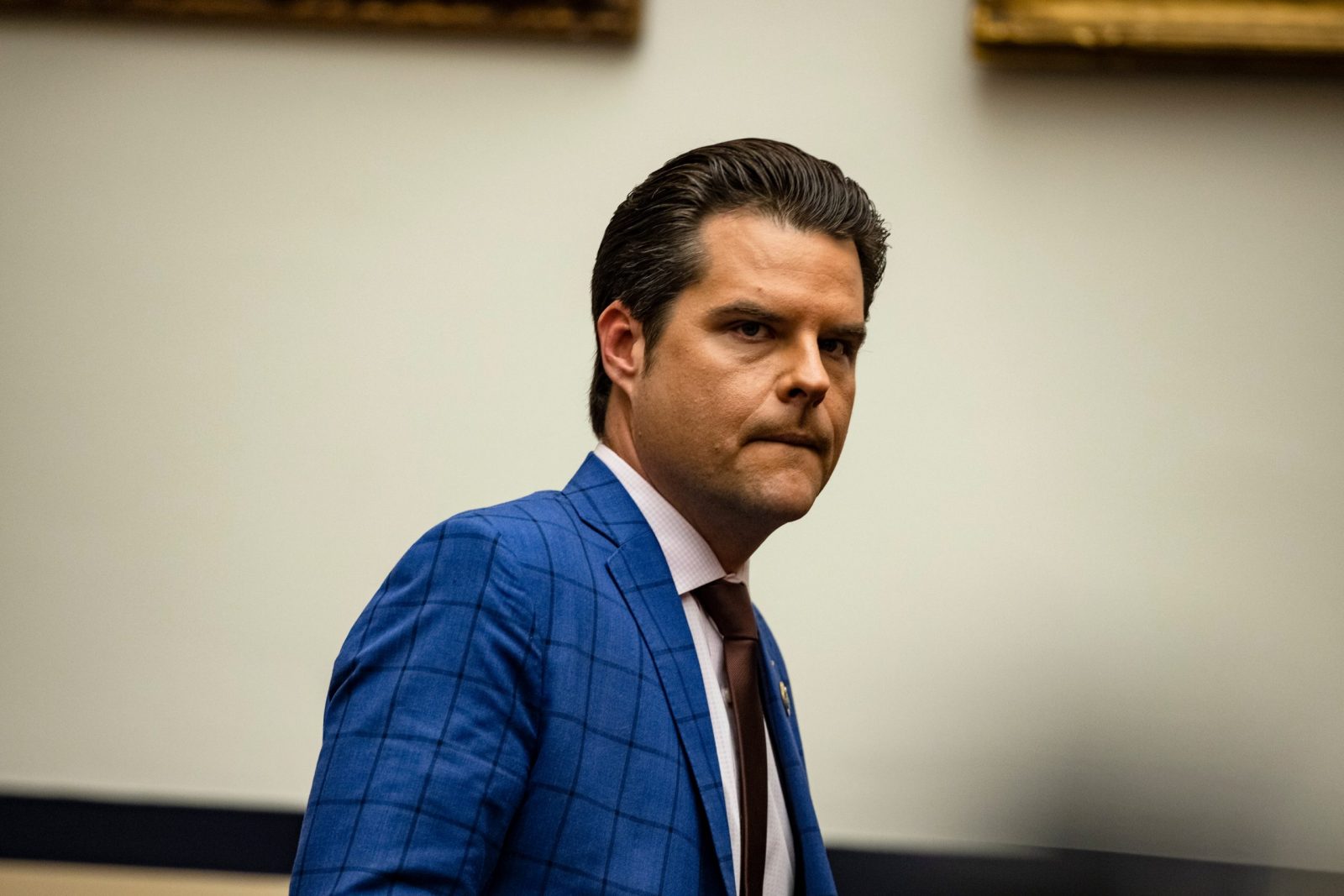 Matt Gaetz is a known American politician and lawyer. He is the US representative of Florida’s 1st congressional district and a member of the Republican Party. He has been serving since 2017, and his district includes a large portion of the western Florida Panhandle along with Pensacola, Destin, Navarre, and his hometown, Fort Walton Beach.

Matt Gaetz also represented Florida’s 4th House district in the Florida House of Representatives from 2010 to 2016. He was nominated to the US House elections in 2016 and got elected. He also got reelected in 2018 and 2020. He was known as a Trump Supporter in the house.

Matthew L. Gaetz II was born on May 7, 1982, in Hollywood, Florida, U.S. He was the son of Don Gaetz, who was an important and well-known politician. He has a political background, his grandfather Stanley Jerome (Jerry) Gaetz, was the mayor of Rugby, North Dakota, and also a candidate for lieutenant governor. He studied B.S. in interdisciplinary sciences in 2003 and received a J.D. from the William & Mary Law School in 2007.

In 2010, a Republican state representative Ray Sansom had to resign on the basis of corruption charges, and Matt succeeds Sansom in the 4th district. Gaetz won the election against Democratic nominee Jan Fernald by getting 66% of the votes. He won the election without any opponent in 2010, 2012, and 2014. He joined State Senator Greg Evers and proposed the legislation to eliminate the federal ethanol content that contains 10% of gasoline, those which are sold in Florida contain ethanol. The Governor agreed and signed the legislation in 2013.

During George Zimmerman’s trial in court for being accused of shooting Trayvon Martin, the Florida House Speaker ordered the hearings on the stand-your-ground law, which was a vital lookout of the trial. The chairman of the Criminal Justice Subcommittee was Matt Gaetz, he revised the legislation, and he didn’t support changing one comma but assured that he would listen to both sides’ testimony. When his subcommittee was opposing him saying to keep the suspect’s mugshot aside from the Internet unless it gets proved, Gaetz brought up his 2008 arrest and told them that his mistakes made him who he is today. And told that people who are unaccustomed to publicity would have a problem with a mugshot.

In 2013 he revealed that he would run for the 1st District state senate seat following his father’s, Don Gaetz’s footsteps after he would be term-limited out of the Senate in 2016. Gaetz was listed as a member of the moderate Republican Main Street Partnership from at least January to June 2017. Matt Gaetz had to face a lot of backlashes as he was one of the loyal defenders of Donald Trump. He did let his grudge out and told the media he should have been allowed to be part of the overthrow of Trump and handle the case of Trump’s impeachment inquiry.

Matt Gaetz has a lot of controversies surrounding him. He was arrested for drink driving and crossing the speed limitations in 2008. He apparently denied the fact he was drunk and refused to take a breathalyzer test. Later he confessed to his mistakes. Matt also had his driver’s license canceled for a short time.

He was also accused of threatening Michael Cohen through tweets before his hearing in court. In 2020, he glorified violence by tweeting an inappropriate statement during George Floyd’s protests. He is recently being investigated for having a sexual relationship with a minor. He has allegedly violated federal sex trafficking laws and asked a 17-year-old to travel with him in exchange for money. He is also rumored to be related to child prostitutes, and there are pictures as proof. Though he denied any wrongdoing and is currently under investigation. He got involved in a lot of illegal sexual activities before.

Who Is Matt Gaetz Dating?

Matt Gaetz is currently dating Ginger Luckey. Both of them got engaged a while ago and are supposedly tying the knot soon. He tweeted a picture of them on Twitter with the caption that she said yes, hinting at their engagement. Luckey is an analyst at Apeel, and the sister of Palmer Luckey, the founder of Oculus VR.