Who is Marc-Andre Leclerc’s Girlfriend? The Alpinist’s Personal Life

On March 5, 2018, Marc-Andre Leclerc and his climbing partner Ryan Johnson successfully completed a new route on the north side of Mendenhall Tower, north of Juneau, Alaska. 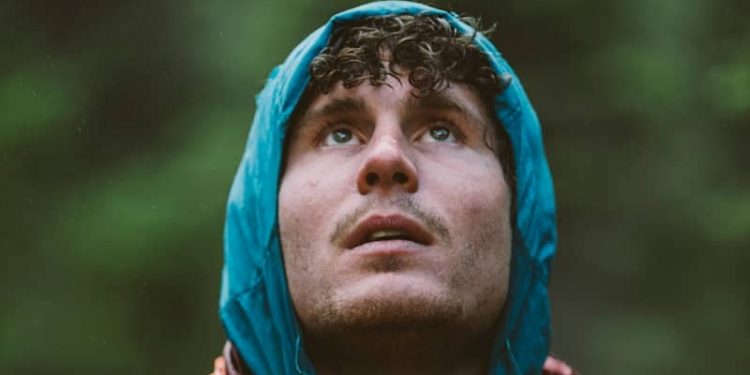 The Alpinist is an acclaimed 2020 documentary based on Marc-Andre Leclerc, who is a well-known name in the world of mountain climbing. He is considered one of the best alpinists of a whole generation of climbers. This young Canadian rules many of the world’s most famous iconic summits. Leclerc was just 25 years old when he traveled to Alaska with fellow climbers to master his maiden ascent outside Juneau. Neither of them was ever heard of again. Do you know Who Marc-Andre Leclerc’s Girlfriend is?

Marc Andre Leclerc had formed a romantic relationship with Brette Harrington. Prior to his death, he lived in Squamish along with his girlfriend, Brette Harrington, an accomplished rock alpinist and climber. The pair met for the first time at Squamish in the year 2012. And found the Hidden Dragon (5.12b) on the Chinese puzzle wall across Mount Slesse in the year 2016.

Brette Harrington was born in the year 1992. She is an American professional mountaineer and alpinist based in Tahoe, California, and British Columbia, Canada. She is best known for her first free solo over 760 meters at Chiaro di Luna (5.11a) in Patagonia, with the development of a new alpine climbing route and as the star of Brette the short film Reel Rock Film Tour. Harrington, the daughter of two skiers, grew up in Lake Tahoe. Brette started learning to ski at the age of two and started slalom skiing at the age of five. As a teenager, she attended Holderness School, a boarding school in the White Mountains of New Hampshire. While skiing in high school, Harrington became curious about rock climbing and joined the school club.

Harrington received recognition when she free-soloed the Chiaro di Luna (5.11a) at Aguja Saint Exupery, Patagonia, in February 2015. Although the trail was previously climbed by Alex Huber in 2011, she became the first climber, in both male and female, to do so without the aid of any equipment or protection. The climb has been rated as one of the ten most legendary free solos to date.

Another free soloist, Austin Howell, wrote of the climb that It’s one of the coolest free solos ever and is famous for being one of the few free solos made in the great mountains of Patagonia. Harrington is an experienced climber with complete routes, including Sugarloaf’s Grand Illusion (5.13c) at Lake Tahoe and The Free Muir on El Capitan (5.13c) in Yosemite, California. She is known for her multi-dude technique and her ability to develop new lines.

On March 5, 2018, Marc-Andre Leclerc and his climbing partner Ryan Johnson successfully completed a new route on the north side of Mendenhall Tower, north of Juneau, Alaska. The duo was scheduled to return to base camp on March 7 but never made it, leading Juneau Mountain Rescue to search for the missing climber. The search was halted for several days due to bad weather, and when the storm finally passed four days later, search teams found ropes at the bottom of the descending route. It shows that the climbers were struck by an avalanche, falling rocks, or a cornice from above. Their bodies were never found. After Marc’s death, memorial services were held in Agassiz, British Columbia, and Squamish, British Columbia, with Leclerc’s family, friends, and colleagues to celebrate his life.

On October 10, 1992, Marc-Andre Leclerc was born in Nanaimo, British Columbia, to his mother named Michelle Kuipers and father named Serge Leclerc. He learned about climbing at the age of eight when his grandfather bought him Chris Bonington’s book “Quest for Adventure”. At the age of nine, Marc climbed for the first time in Coquitlam on an indoor climbing wall inside a shopping mall. Later that year, he joined a gym in Abbotsford called Project Climbing. In 2005, the family moved to Agassis, near the top of Cascade Ridge, and Leclerc learned to climb the mountain on his own.

Leclerc rode his bike to Harrison Bluffs, a hiking area in British Columbia, to hike and spend the night alone. When he was 15 years old, his mother bought him a book, Mountaineering: The Freedom in the Hills. The book inspired him to join the Mountaineering Club in British Columbia, quickly making a name for himself in the mountaineering community. He started competing and quickly won age-group competitions and went on to win the Canadian nationals in the year 2005.