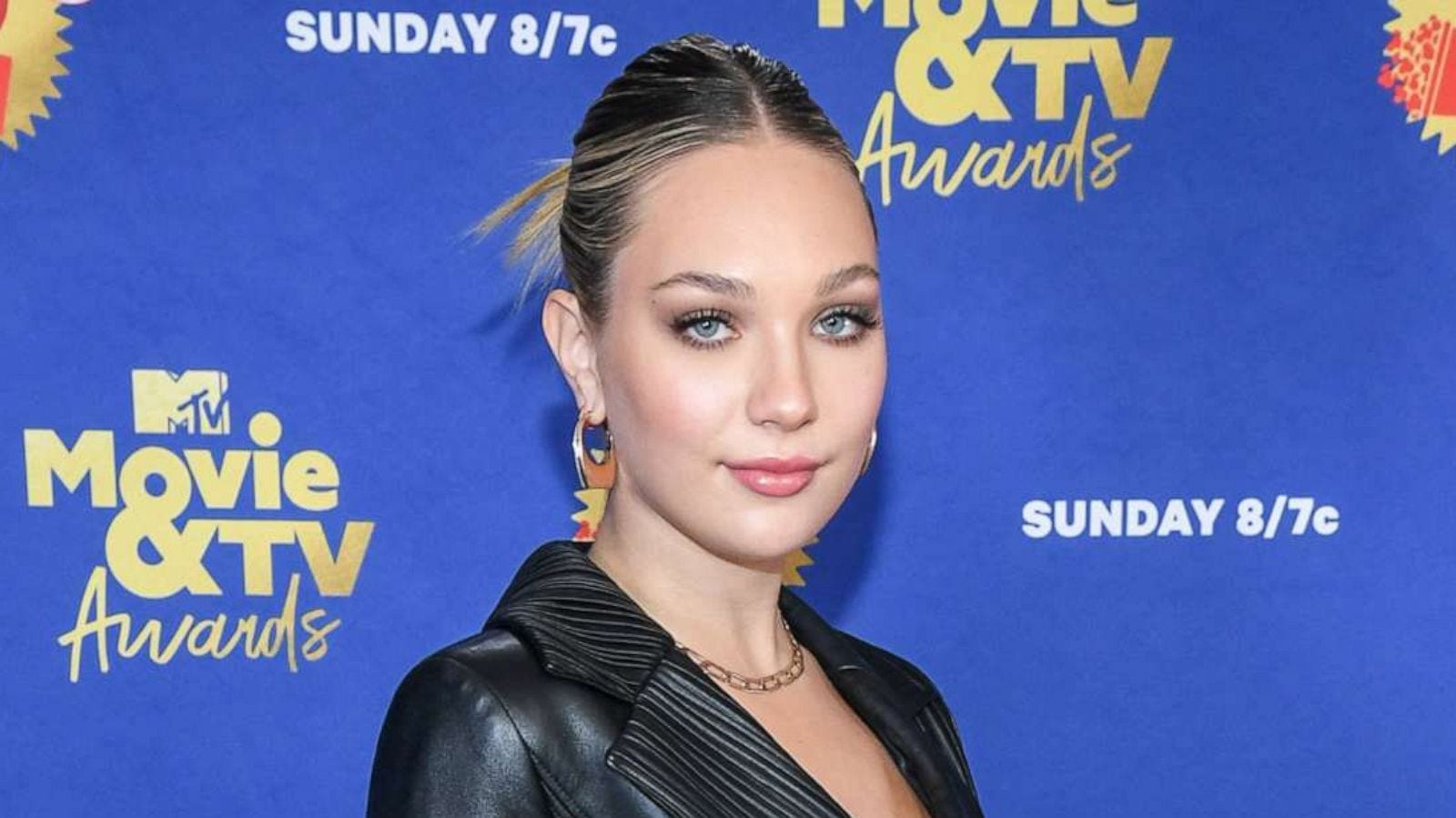 Maddie Ziegler, or Madison Nicole Ziegler, best known for her dancing in Chandelier, is an American dancer, actress, and model. She was born on 30th September 2002. She entered into the life of a star at the very young age of 8, when she was a part of the cast in Lifetime’s Dance Moms show, 2011 -2016. In 2014,  she gained global recognition for starring in many of Sia’s music videos, including Chandelier and Elastic Heart.

The latter of the two has now more than 1 billion views on YouTube. Since then, Maddie Ziegler has starred in films, television shows and also posed for many magazine covers. She has even started her own makeup and clothing line. The Time magazine has listed in the list of Thirty Most Influential Teens in 2015, 2016, and 2017. Catch the Chandelier music video below:

Maddie Ziegler was born in Pittsburgh, Pennsylvania, to Melissa Ziegler-Gisoni and Kurt Ziegler, who owned a mortgage company. She is of German, Polish and Italian descent. Her ballet sessions began when she was merely two years old, and at the age of 4, she began training in tap, ballet, lyrical, contemporary, acro, jazz, and aerial dance. She has one younger sibling, a sister named Mackenzie, and two older step-siblings.  She was mostly homeschooled, and as a teenager, she was more often than not in Los Angeles. 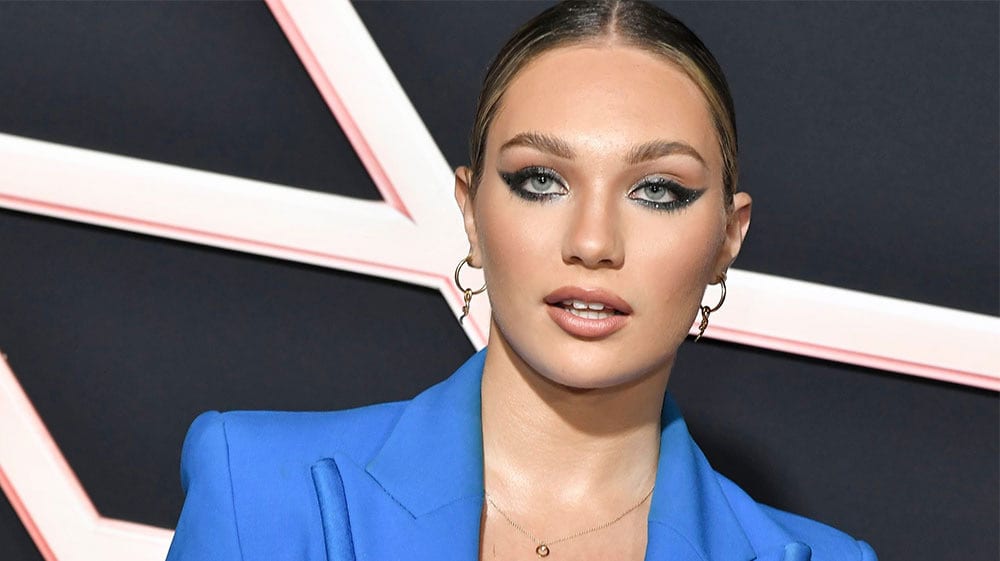 Also Read: Who Is Han Jisung Dating? The Young Star Talks About His Life

As a kid, she won many competitions at regional, state, and national championships. At the age of 8, she also performed in the program Live to Dance. She and her mother, and then her sister, starred for 6 seasons in Lifetime’s Dance Moms. Maddie has appeared in many music videos, be it for artists like her godmother, Sia, or other artists like Todrick Hall and Alexx Calise. Sia’s Chandelier, the video which made her recognised internationally. The video, which currently has 2.3 billion views, also won ARIA Music Award for Best Video and won the Best Choreography award in the 2014 MTV Video Music Award. What added fuel to her already newfound recognition was the Grammy nomination that Chandelier received. Maddie has commented on the choreography, saying it was different and strange but fun at the same time. 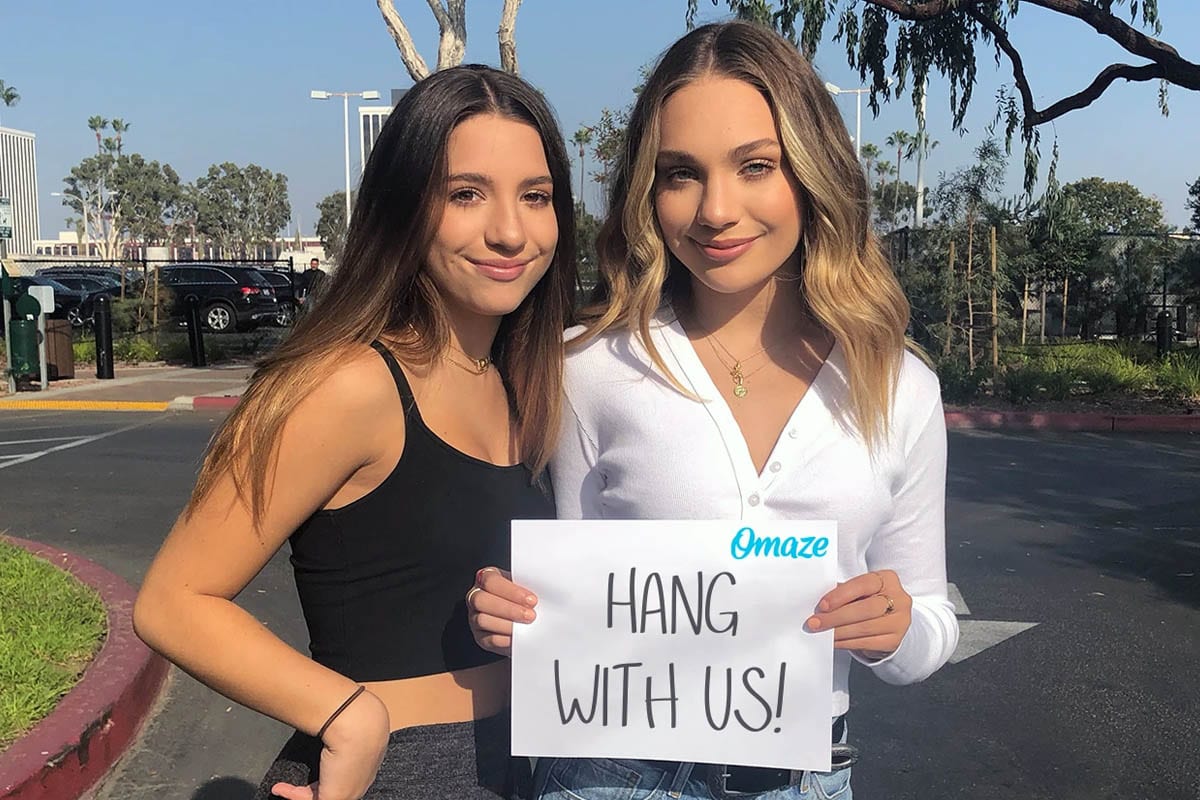 The very next year, she starred with Shia LaBeouf in Sia’s Elastic Heart and then in Big Girls Cry by the same artist. She has also danced live to Sia’s songs on Dancing with the Stars, Jimmy Kimmel Live!, Saturday Night Live, and The Ellen DeGeneres Show. She also performed Chandelier in the Grammys! In 2016, she once again appeared in her godmother’s Cheap Thrills and then, The Greatest.  She continued to collaborate with Sia, with her latest performance being “Together” for Sia’s film, Music, 2021.

Also Read: Who Is Jaden Smith Dating Now & All His Previous Relationships?

Maddie and Jack Kelly, son of Pat Kelly, started dated from January 2017 to August 2018. The relationship was made public through an Instagram post by the pair, which has been since then deleted. The couple were big on PDA and were deemed as #CoupleGoals for everyone throughout their relationship. The dancer and her boyfriend’s Instagrams were filled with cute pictures together. 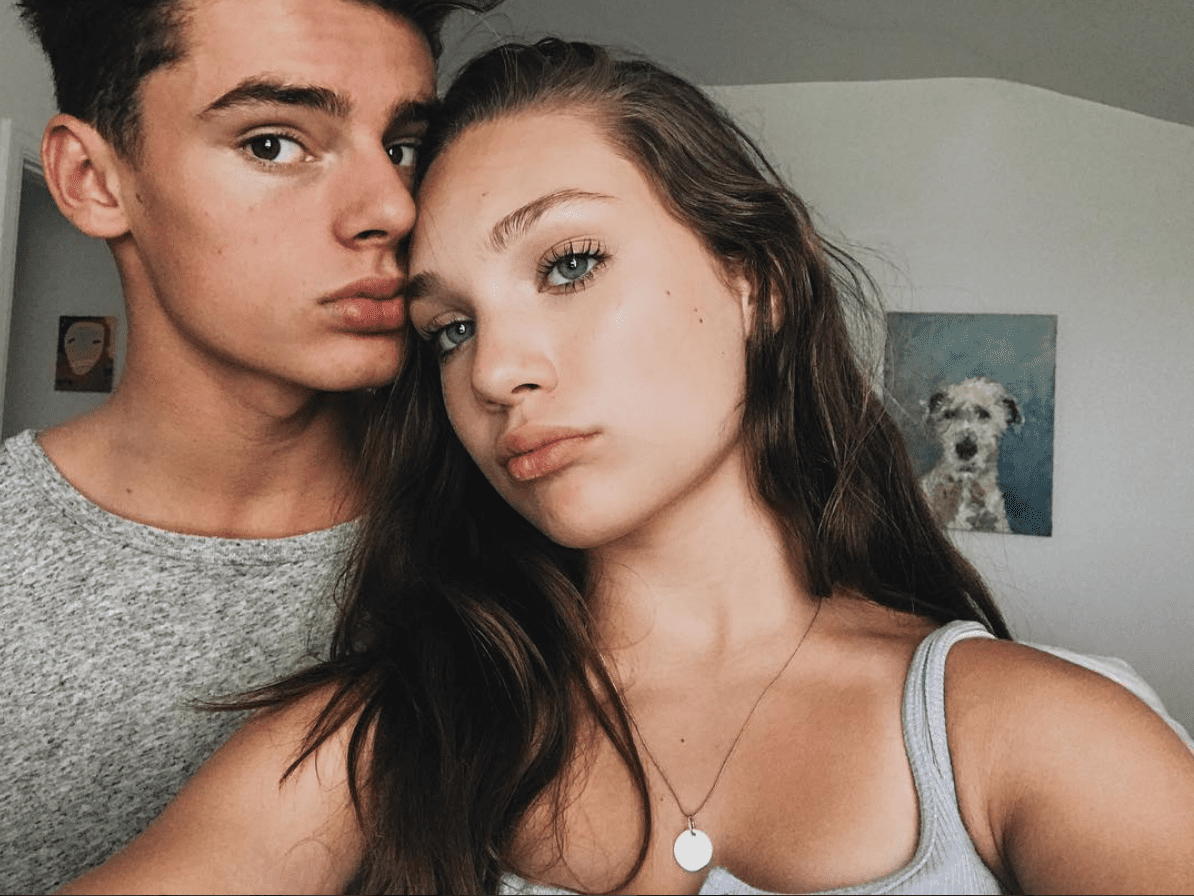 Also Read: Who Is Reba McEntire Dating Now, Is She Still With Rex Linn?

However, in August 2018, Maddie was seen screaming the lyrics to Shoutout to My Ex by Little Mix. They had stopped posting pictures with each other since one month before. It was clear that they went on separate ways, but no one knows why. Neither of them commented publicly on the breakup. 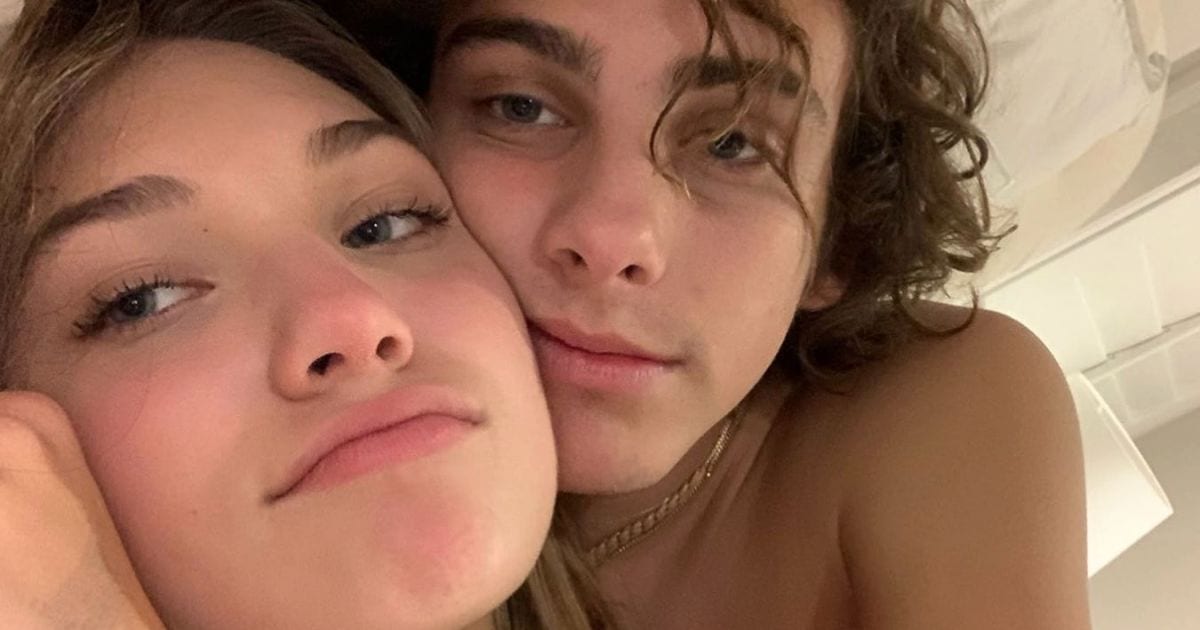 Eddie Benjamin is an Australian singer who is also close to the artist Sia. Apparently, Maddie and Eddie started dating back in 2019 but only made their relationship public in 2020. And while many couples broke up during the quarantine, the couple is still going strong till today! They spent a lot of time together during the Quarantine and even fostered an adorable dog together! We can be sure of this fact since Eddie confirmed in April 2020 in an interview with Hollywire in which he admits that he stays in Maddie Ziegler’s room.

But apart from that, the duo has kept their relationship more or less private. In June 2020, she hugged the singer shyly, while in September, they shared snaps from a photoshoot together. Here are some of their cute couple pictures: 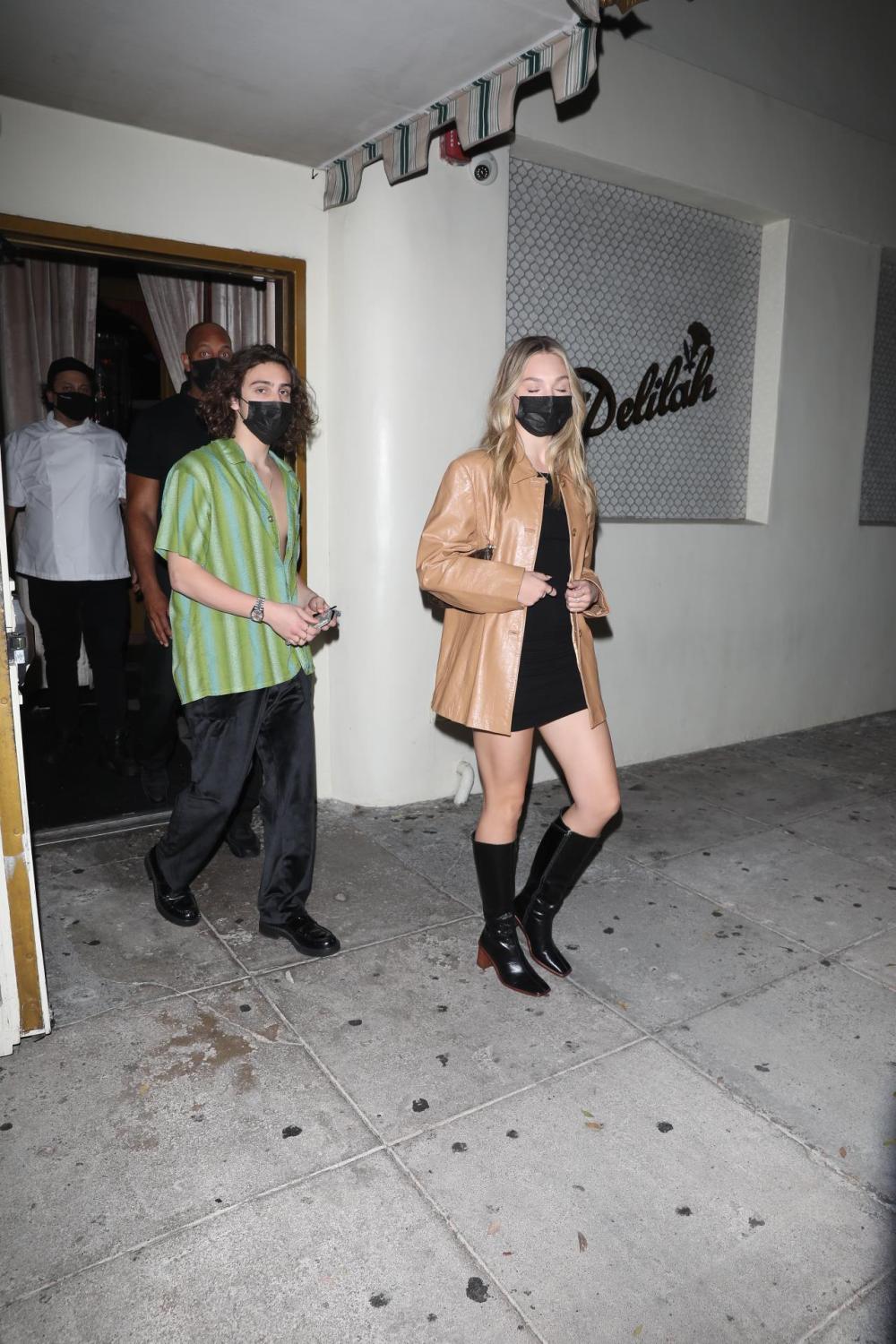 Maddie Ziegler and Eddie Benjamin arrive at the release party at Delilah. 01 Apr 2021