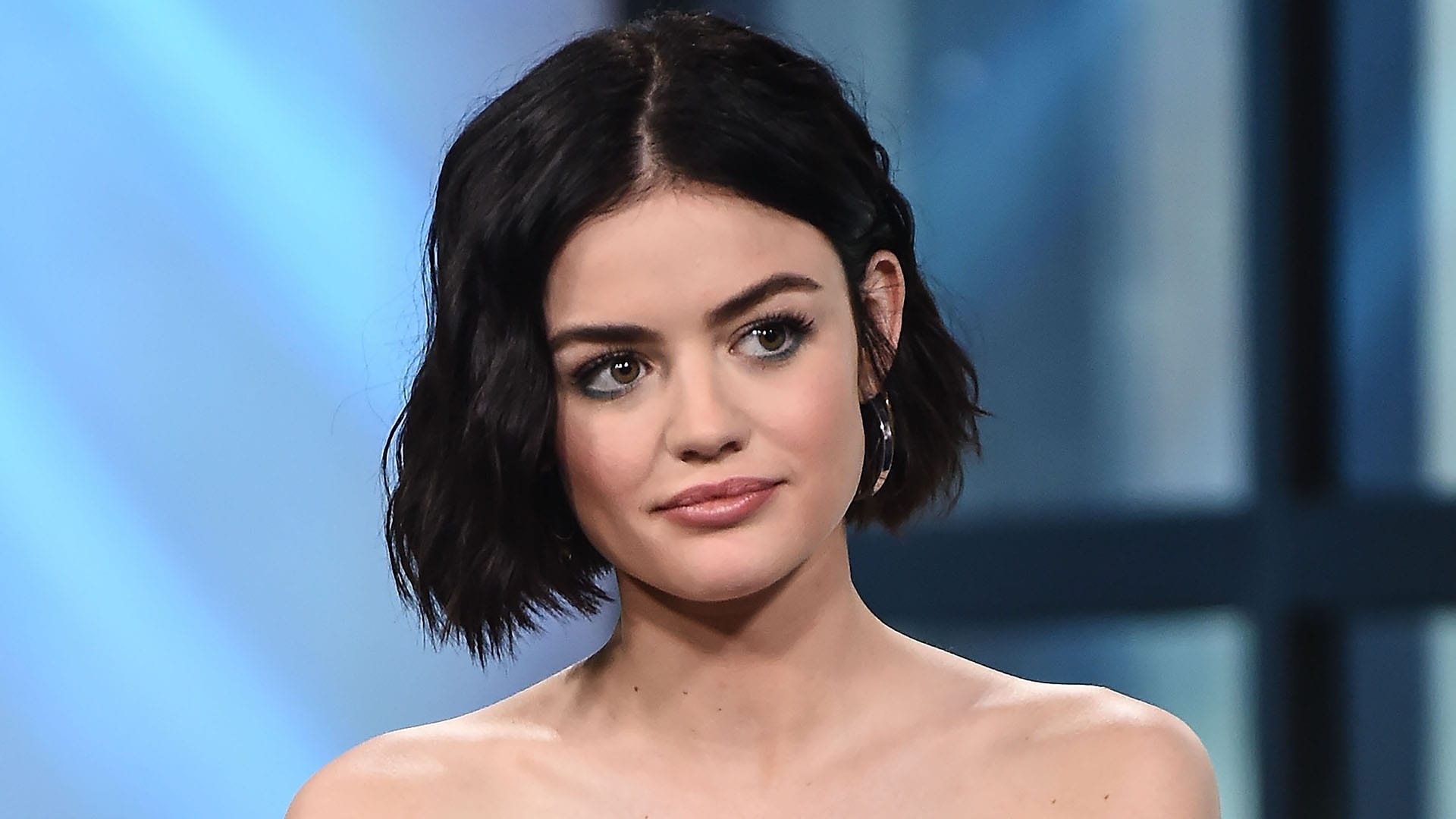 The last decade saw Lucy Hale transitioning her career from her breakout role in the Freeform series Pretty Little Liars. Moving on to “talked about” films such as 2018’s Truth or Dare, Dude, and 2020’s Fantasy Island. Hale has certainly come a long way from her humble days as a singer on American Juniors. Pursuing a career in music, Hale certainly found herself acting. She started out as a guest actor for shows such as Drake & Josh, Ned’s Declassified School Survival Guide, The O.C., and How I Met Your Mother. Then certainly moving onto big screens with movies such as The Sisterhood of the Traveling Pants 2, A Cinderella Story: Once Upon a Song, and Scream 4.

We, Gotta, admit Pretty Little Liars gave her the much-needed appreciation Hale deserved. Now, apart from showcasing her talents on screen, the star has linked up a lot when it comes to her personal life. Plus, the fans, too, have followed her, trying to figure out who she could be with. There are a number of names that have popped up for years. But here we are, taking a look at who Lucy Hale is dating right now in 2021.

Who Is Lucy Hale Dating?

Lucy Hale is very much single right now, as we know. Most recently, she had a brief romance with Scream and Jericho star Skeet Ulrich. In February of 2021, the stars were spotted kissing and holding hands on a lunch date in Los Angeles. Though both denied the rumors of dating, the Instagram nods said it all. There were flirts and shots thrown here and there, as celebs tend to do. But, suddenly, in a matter of two months, all these things vanished, leaving us to question what happened?

After two months of romance, it became clear Lucy Hale and Skeet Ulrich are done dating. They ended things on a good note, and there were nods. They weren’t serious about it anyway. There is a talk they are still in touch with each other, but Lucy, as of now, is focusing on herself. Plus, she thinks Ulrich is a great guy, that’s all. There is nothing more serious about their relationship anymore. So, yes, the 31-year-old is single again.

Bachelor star Colton Underwood was also linked to Hale prior to her relationship with Ulrich. Righ after Underwood’s breakup with Cassie Randolph. They have been on a few dates, but nothing serious came out of that. Ryan Rottman was another name with whom she was spotted holding hands. But nothing came out from that either. Anyway, as Hale is single all over again, we are left waiting for the star to find her better half. So until that, let’s take a look at her past relationships now.

Also Read: Who Is Ariana Grande Dating, Is She Still Single?

Way before Skeet Ulrich, Colton Underwood, or Ryan Rottman came into the picture; Lucy Hale briefly dated her Life Sentence co-star Riley Smith. They dated for two months in 2018 and were spotted kissing on Valentine’s Day. The couple parted their ways right after the cancellation of Life Sentence with only a single season run. Another short-lived relationship for the Pretty Little Liars star. 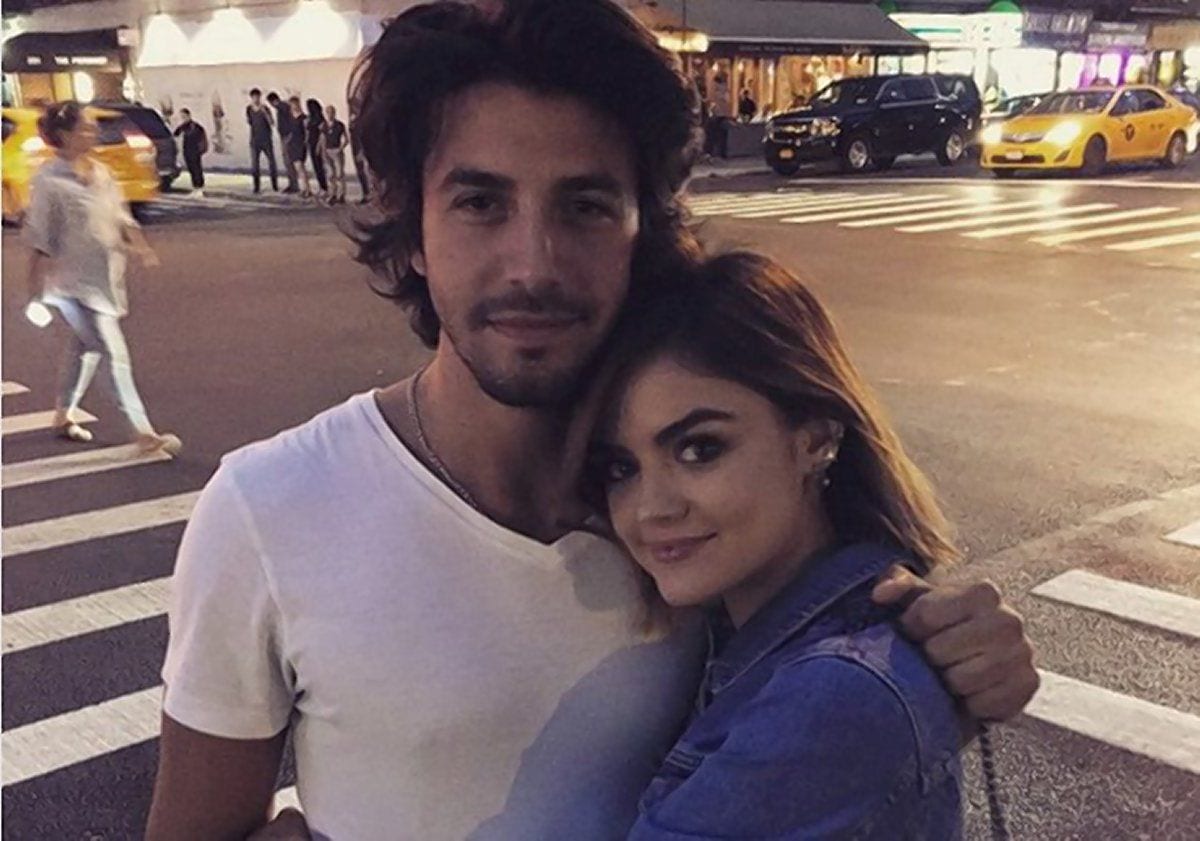 But it was not long ago when Hale has been serious. Lucy Hale was very much happy in a relationship with musician Anthony Kalabretta in 2016. On a romantic trip to Hawaii in June 2015, romantic sparks were trickling. Hale admitted things with Kalabretta were great, and they were happy in the September of next year. They met through mutual friends and bonded over a number of things, especially music. But it all fell down in May of 2017 when they unfollowed each other on Instagram and deleted their pictures together. But soon after that, Hale posted a picture with him, signifying though they went through a breakup, things are still okay.

Lucy Hale dated a number of musicians even before Anthony Kalabretta came into the picture. There is a talk that Hale loves musicians. So she dated Lawson drummer Adam Pitts in 2014. The relationship wasn’t much public, and the last we saw of them was in March of 2015. Hale dated country singer Joel Crouse before Pitts but ended things due to Crouse’s work commitment and long-distance.

In 2013, Hale dated actor Graham Roger for three months before breaking up. She even ended a relationship on a bad note with actor Chris Zylka. A relationship of nine months ended with Zylka’s cryptic tweets, for which he later apologized. Apart from them, Hale date her Pretty Little Liars co-star Alex Marshall for a few months. Then her first public relationship was David Henrie from the Wizards of Waverly Place. They dated for two long years before splitting up.

Also Read: Who Is Verity From Made In Chelsea Dating? Is Her Current Boyfriend A DJ?