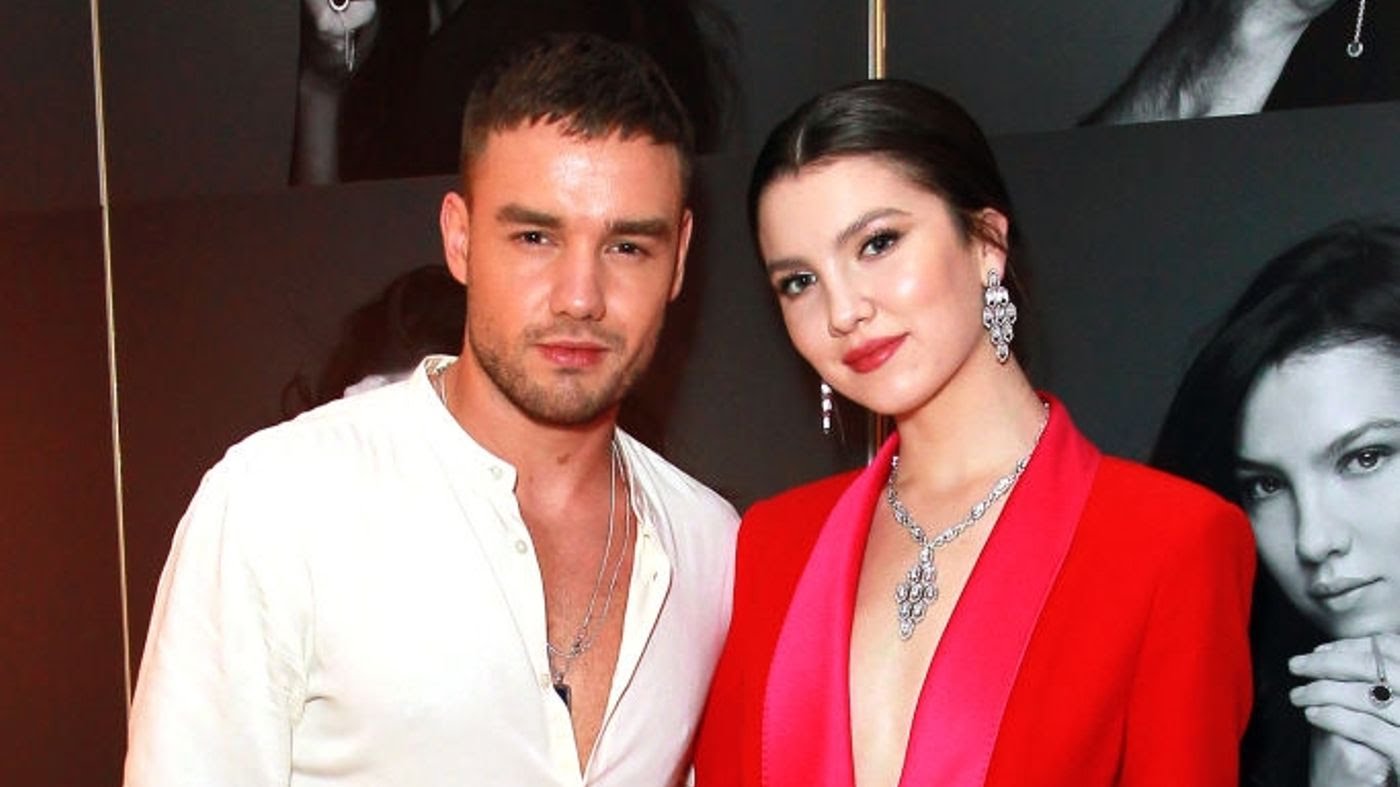 Liam Payne is one out of the five members of the famous boy band, One Direction. He is an English vocalist and songwriter. He was first seen as a singer in the audition of the British television series, The X factor in 2008. Though he got eliminated that particular season and he came back in the 2010 X factor audition. There he was introduced to the other four contestants of the season, and the judge’s suggestion resulted in the formation of the legendary boy band, One Direction.

After One Direction disbanded, he continued with his solo activities as a singer. His debut single, “Strip That Down” was released in May 2017, his debut EP “First Time” in August 2018, and his debut album, LP1 in December 2019. 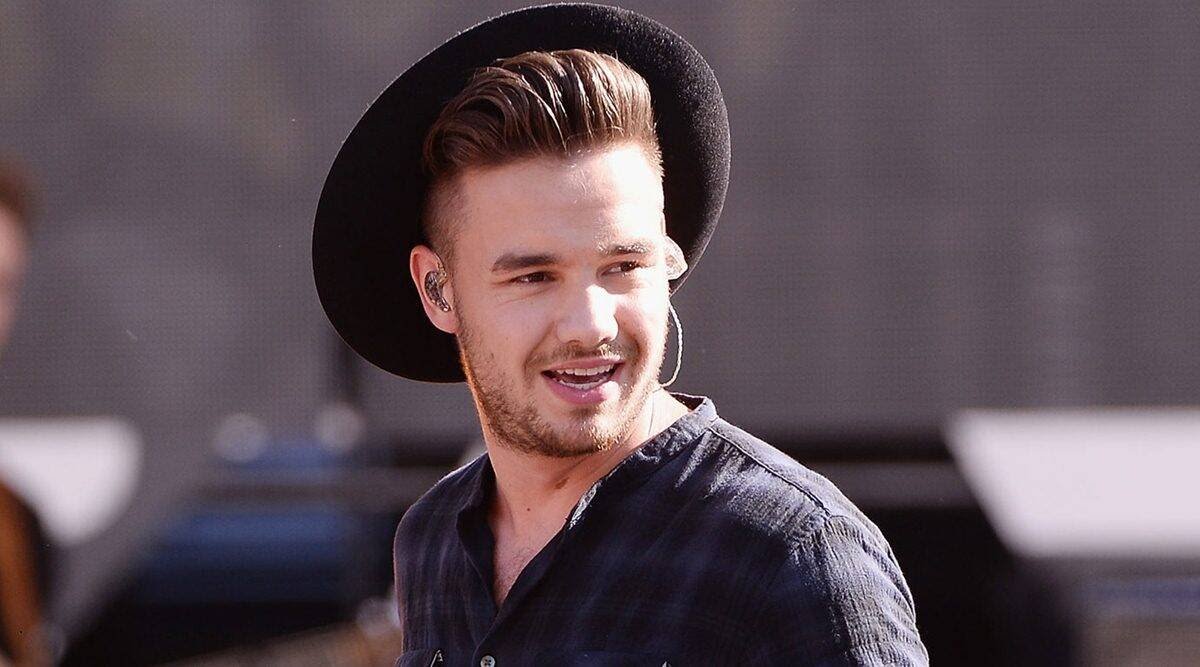 Liam James Payne was born on August 29, 1993, in Wolverhampton, West Midlands, England. He suffered from a lot of health problems in his early life as he was born three weeks earlier. He used to get ill often, and till the age of four, he had to frequently visit the hospital. One is his kidneys was dysfunctional, so he had to take regular injections when he was young. It was in 2012, the doctors told him that his kidney was functioning again perfectly.

Payne also had a sports career, and at a point in time, he was the third-best runner in the country. But his running career ended, as he didn’t get admission to the English school team. He was also bullied in his middle school, and he decided to take his boxing lessons. He got interested in music when he was six, he used to sing in front of his family and relatives. When he was twelve he officially got introduced to the music industry member of the Pink Productions Theatre Company. He had also performed in front of 26,000 people during a football match. This gave him confidence and he decided to study music and pursue it as a career.

Payne got rejected for his first audition in 2008 when he was fourteen. Though he didn’t pass the audition, he was able to catch the judge’s attention and they asked him to come back in two years. Payne came in 2010, and got selected, he was also considered as one of the best solo contestants of the season, but could not make it to The Boy’s round. One of the judges, Nicole Scherzinger suggested Zayn, Harry, Louis, Niall, other participants of the season, join Liam and form a five-member group for the competition. They practiced together for a few weeks and performed together as a band. Soon, they received huge attention and popularity in the UK and stood third in the season. 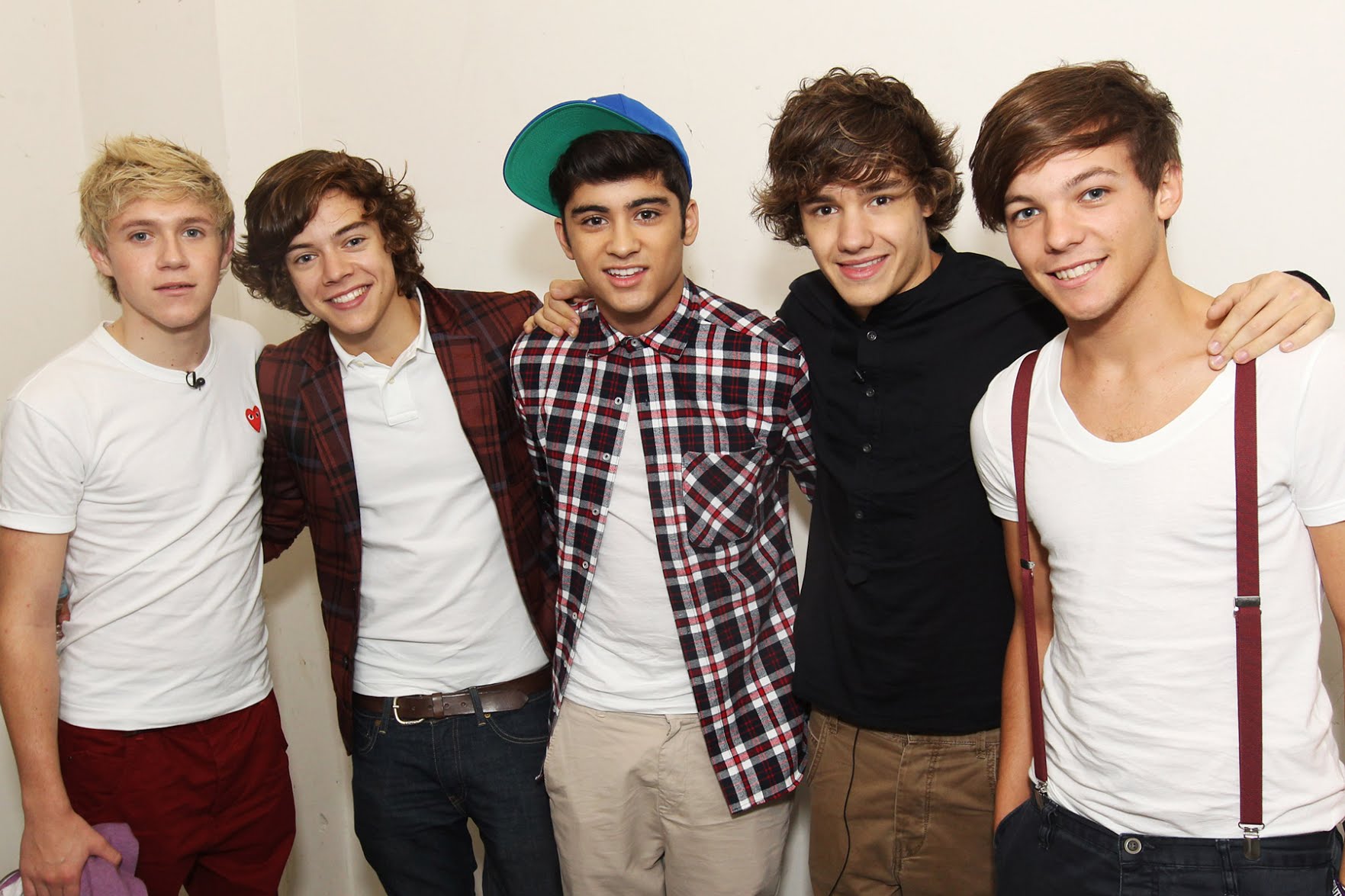 Liam with his bandmates Harry, Zayn, Louis and Niall

After the show ended, One Direction signed to Simon Cowell’s Syco Entertainment. Their book, One Direction: Forever Young (Our Official X Factor Story) topped The Sunday Times Best Seller list. Then they continued to release songs. Their debut single, “What Makes You Beautiful” was a great success both commercially and internationally and held spot one in a lot of countries. Their next debut album Up All Night charted number one and number two in Ireland and the UK. Their next album was released worldwide in March 2012, it got huge success and made a new record. One Direction became the first UK group whose debut album charted number one in the United States. Soon after that, One Direction rose in high demand, and their tour was announced. Their tour tickets for their concert in UK, Ireland, Australian, and North American got sold out in a few minutes.

Their next book, Dare to Dream: Life as One Direction, and also the first book to be published in America topped The New York Times Best Seller list. They didn’t look back since then, every album and singles they released topped every chart and they continued to break old records and make new records. They build a huge fan base across the world. One Direction was the only group in 58 years to have their first four albums debut at number one on Billboard 200 album chart.

Liam was credited for most of the songwriting of the group’s songs, he is one of the chief songwriters among the other members. Zayn among all the members in One Direction could hit every high note with perfection. Unfortunately, Zayn left the group in 2015, for personal reasons and Liam stepped up and gripped Zayn’s task and hits the high notes.

His Life After One Direction Split 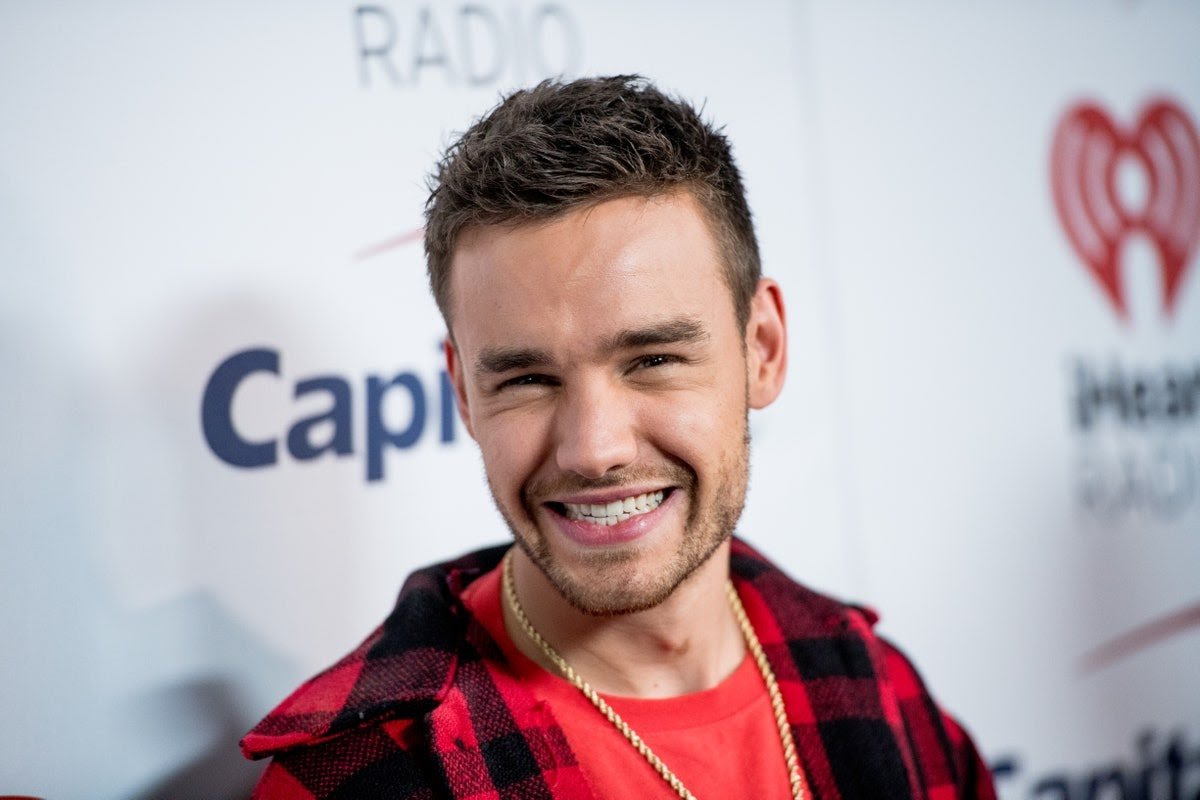 Breaking millions of fans’ hearts, One Direction decided to disband five months after Zayn left. Liam and the other members continued with their solo activities. Liam started as a producer in 2016 and released several tracks. Liam is one of the directors for the Australian band 5 Seconds of Summer. He collaborated with Juicy J, DJ Mustard, Miguel, and Pharrell Williams. He also featured in the song “You” along with Wiz Khalifa and Juicy J. His song “Strip That Down” was a hit, and ranked number ten on the US Billboard Hot 100 and number three on the UK Singles Chart.

In July 2020, during the quarantine time, he announced a live stream concert The LP Show. In October 2020, he released a Christmas single, ”Naughty List” featuring Dixie D’Amelio. He won a lot of awards in his lifetime, both as a member of One Direction and a solo artist.

Liam has been an enthusiastic and devoted supporter of UNICEF. He along with other celebrities like tennis star Andy Murray, Jack Whitehall, and Clare Balding stood up for Children’s Right. Liam was also an ambassador for the charitable organization Trekstock and Sustainable Development Goals. He stood up for women and gave statements against anti-abortion legislation passed in Alabama. In 2020, he stood up for George Floyd’s protests and extended his support. He also attended Black Lives Matter protests.

His Past Dating History

Liam dated an X-factor contestant, Danielle Peazer in 2010, for nearly two years. In 2013, he dated his childhood friend, Sophia Smith till 2015. In 2016, he was in a relationship with The X-factor judge Cheryl, and she gave birth to Liam’s son, Bear Grey Payne. But they decided to get a divorce in 2018. After their divorce he also dated model Cairo Dwek, he was spotted with her on a vacation in Italy where both of them were seen showing affection to each other, but they broke up soon.

Who Is Liam Payne Dating Now? 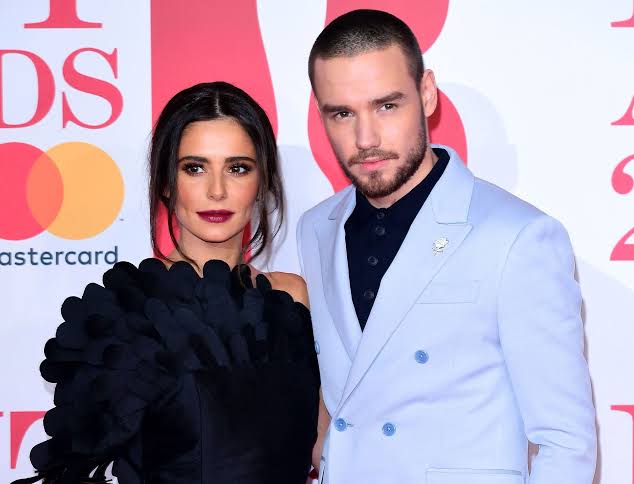 Liam with his girlfriend, Maya Henry

Liam Payne is currently dating model Maya Henry. Both of them have been dating for two years and got engaged to her last year.

In 2019, Liam posted a few pictures with her on his social media confirming their relationship rumors. But it suddenly ceased at the beginning of 2020 and fans were afraid that they broke up, but then their engagement news came up when a close source confirmed it to People Magazine. Both of them first met in a One Direction concert and a meet and greet, when she was only 15 years old. Though Liam never mentioned his girlfriend’s name yet he hints at his relationship status. Both of them are yet to come up with their engagement news in public.

All We Know About His Girlfriend, Maya Henry 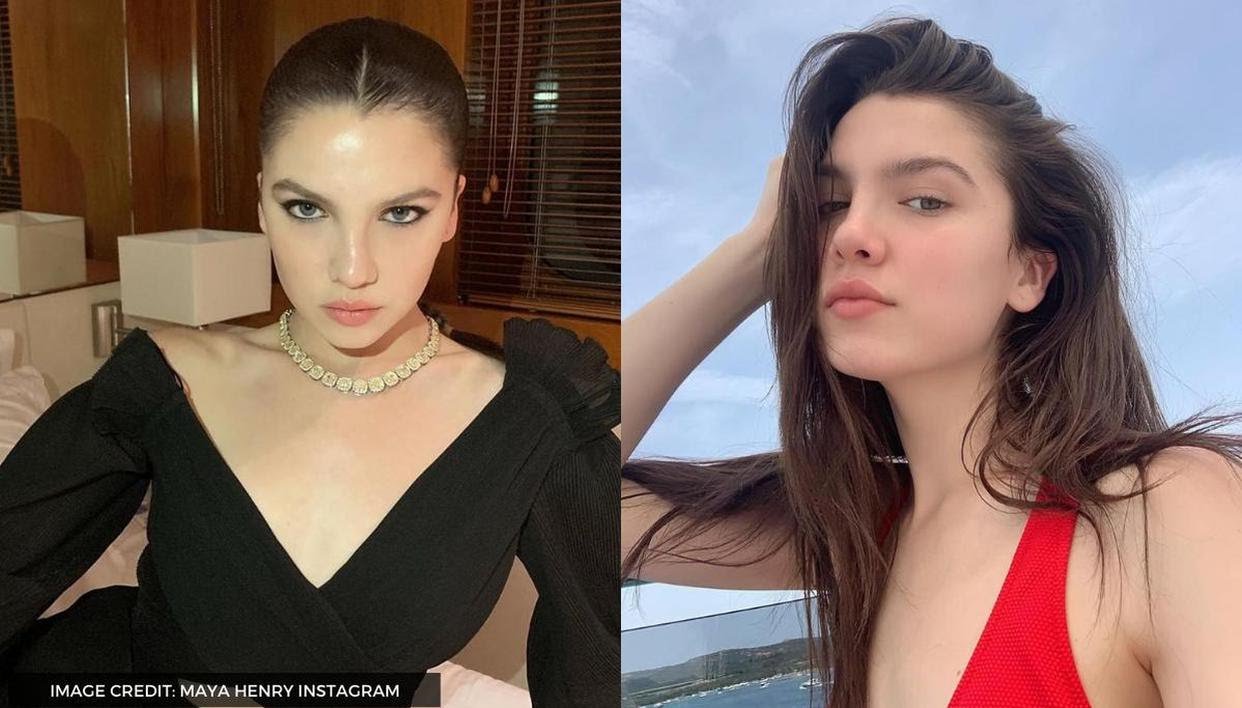 Maya Henry is a 20-year-old Mexican model. She belongs to a wealthy family and her father is the personal injury lawyer Thomas Henry. Pitbull and Nick Jonas performed at her birthday party which nearly cost them $6 million. Maya also appeared in a few music videos including Lil Nas X’s Old Town Road. She also featured in a film, Carte Blanche starring opposite Dylan Sprouse. She has been a model for famous brands like Vogue Ukraine, Glamour, and Elle Romania. She was seen in a lot of fashion and beauty shoots and spotted in fashion weeks.

She also revealed that she wants to be a human rights or personal injury lawyer after she completes her university education. She also runs her own charity organization. 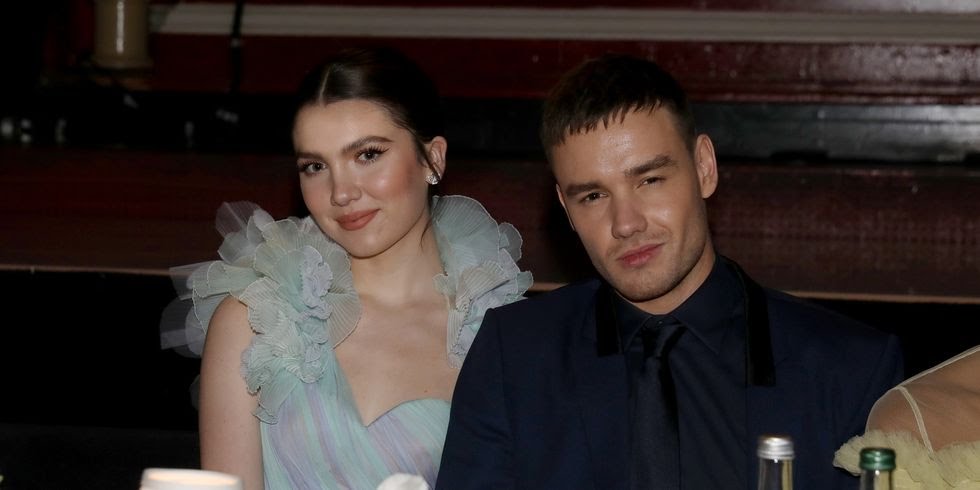 Though Liam never mentioned his girlfriend’s name yet he hints at his relationship status in his interviews. They were spotted a few times by the paparazzi, kissing and showing PDA. Still, both of them are yet to come up with their engagement news in public. We are totally excited after knowing their engagement news and we are loving the couple and their sweet chemistry.