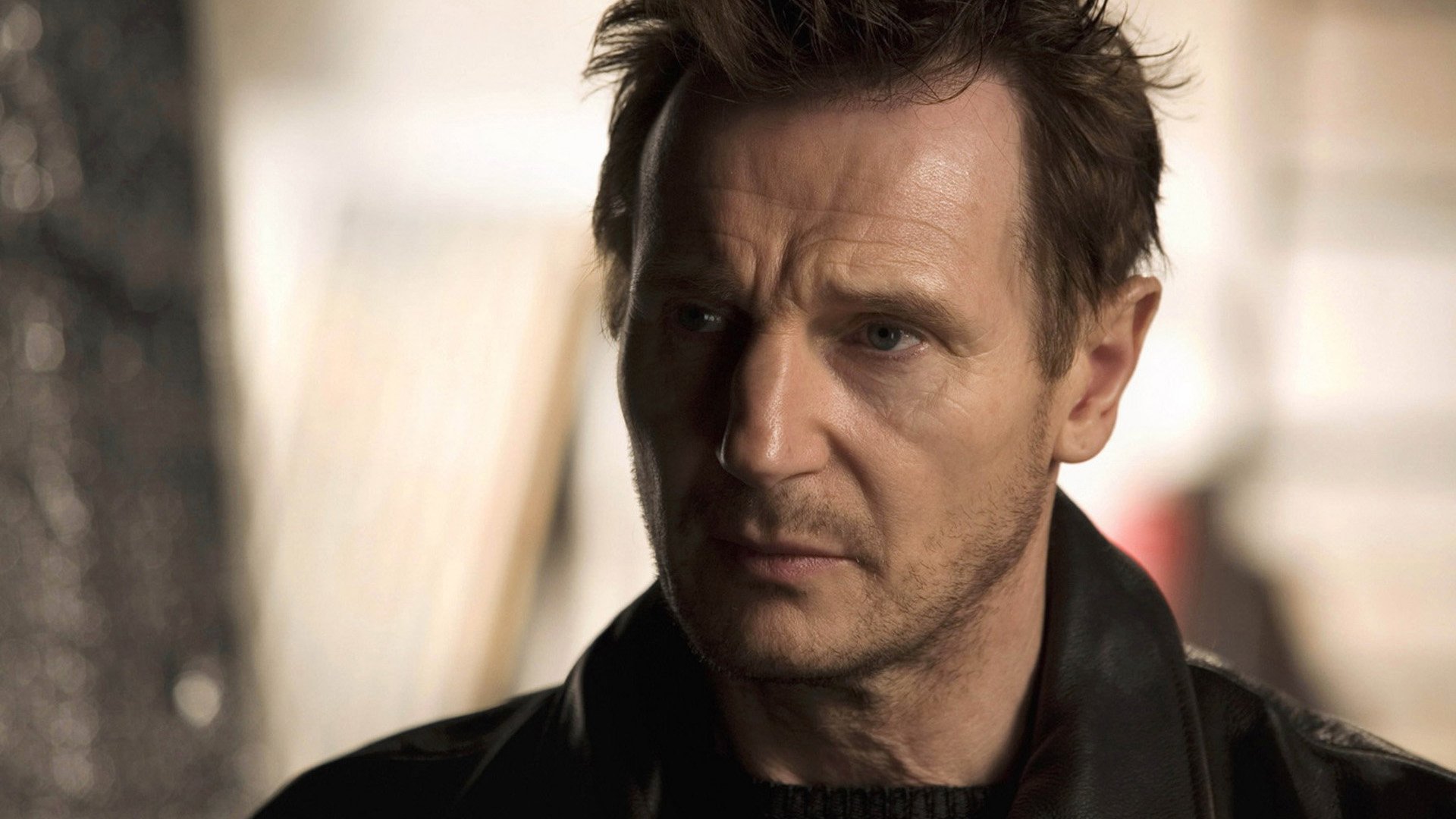 Liam Neeson is one of the most versatile actors of Hollywood. Widely known for his roles in movies like Taken as well as his role in Batman Begins as the antagonist opposite Batman. The 68-year-old actor is the biggest inspiration of hard work and dedication. At such a great age, where people plan their retirement and enjoy their stay at home with family, Liam has set the bar high for the latest talents and the young artists who have a long path to walk on before them.

Neeson is a Northern Irish actor, holding citizenship of three different countries- Ireland, Britain, and America. He is one of the highest-grossing actors of all times and has been an image of growth in Hollywood. The actor hails from Ballymena, County Antrim, Northern Ireland. Neeson started his career in the year 1976 after joining Lyric Players’ Theatre in Belfast. He was a part of that theatre for two years. 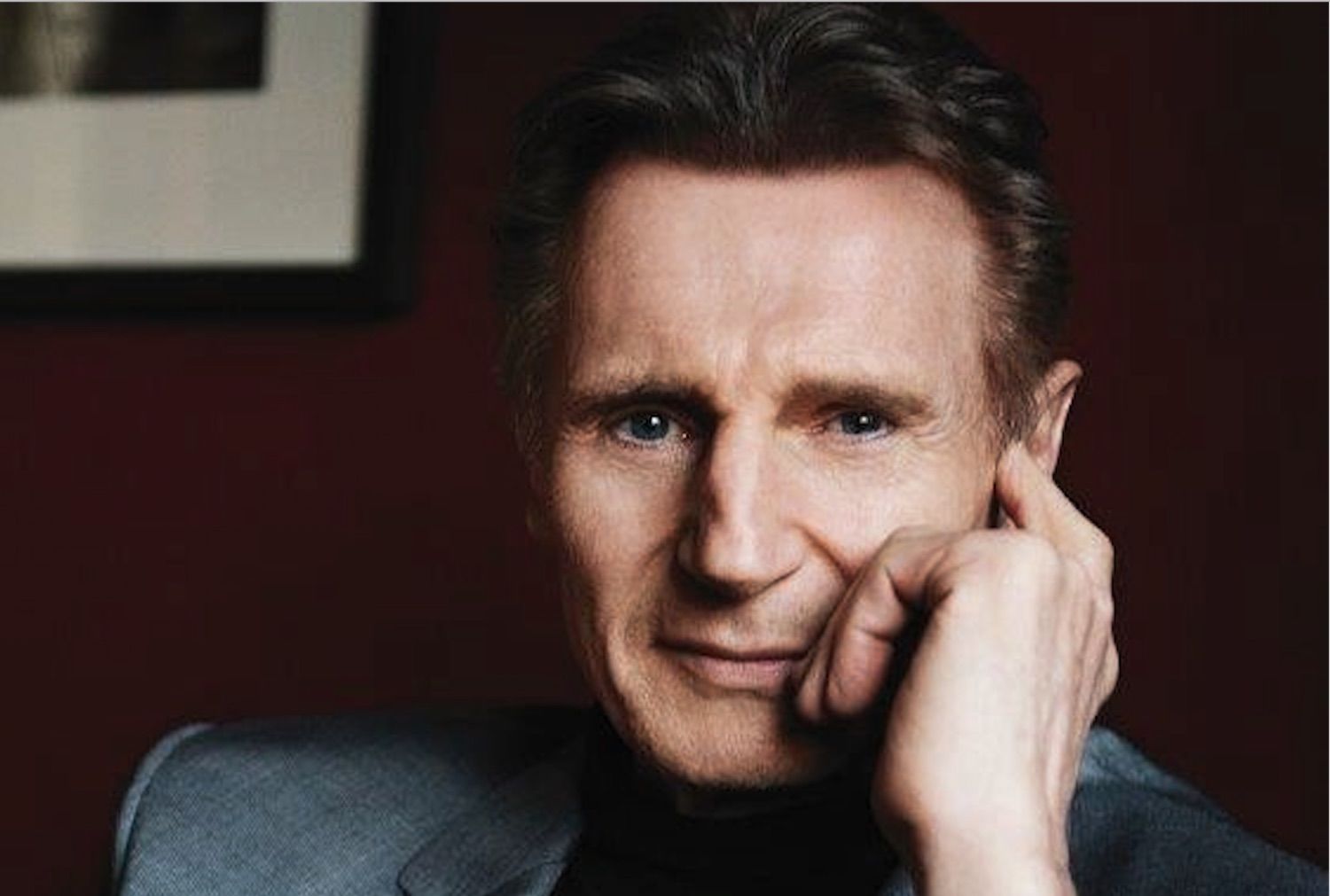 Liam Neeson is widely known for his role of Oskar Schindler in Schindler’s List.

Apart from being the legend of Hollywood, Liam is also an activist and stands against the wrong deeds. He made it evident in many of his interviews that he is against the rule of owning firearms, which is an unrestricted right in the States. Liam has lived a life filled with fame and criticism on the same plate. Not only for his career as an actor, but Liam’s personal life has also been a top to discuss on for most of the time. Recently, the Next of Kin star was in the news for his love life, once again. Who is Liam Neeson dating? Let’s find out the answer to this question through this article.

Who is Liam Neeson dating?

It was in 2016 when the rumors of Liam being in a relationship began. It was because Liam interviewed a magazine, saying that he was dating someone ‘incredibly famous.’ Since then, the rumors of him dating someone began. When asked about the mystery woman, Neeson deferred the requests, saying it will affect her reputation and will embarrass her. Since then, Liam was linked with every possible actress of Hollywood, from January Jones to Susan Sarandon. He was also linked with the Twilight star Kristen Stewart. 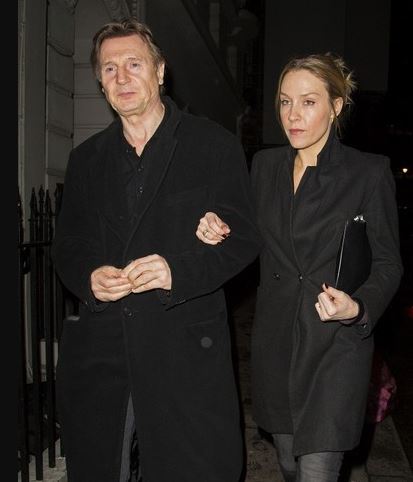 Liam Neeson had an on-off relationship with Freya St. Johnston.

Although, Liam called this rumor with Kristen the most senseless link-up. He also vehemently disregarded all the rumors, calling his statement of dating a famous personality, a joke. But, there was a statement by his publicist, stating that Liam was dating someone. This statement was enough to keep the sparks of the rumors alive. Liam Neeson was also linked up with the British businesswoman, Freya St. Johnston. Since 2010, both have been in an off-and-on relationship. Although there were news of them getting separated after a few weeks since they were seen walking hand in hand in Rome in the year 2012.

The reason behind this separation was said to be Liam’s choice of being with his sons and the fact that his wife was gone for only three years. Again, the duo was seen hanging out for dinners in the following years and in 2016. Freya also accompanied the Batman Begins star to the Irish Film and TV Awards. They both were last seen publicly in 2019, at an award show. For now, there has not been any confirmation made on Liam’s behalf stating whether he is in a relationship or not. But, keeping in mind his equation with Freya, fans are still hoping to see them together as a couple.

The actor was raised a Catholic and was originally named William John Neeson. Liam was his nickname, which later became the name he was widely known from. Liam worked hard for a few years before he moved to Hollywood for bigger projects. There his first project was Suspect, alongside Cher and Dennis Quaid. This role, however, turned out to be a magnet for criticisms. It was in 1993 when he got to play a significant role in the Broadway play Anna Christie. He met his wife, Natasha Richardson, for the first time on the sets. Later they both worked together for the second time in Nell. 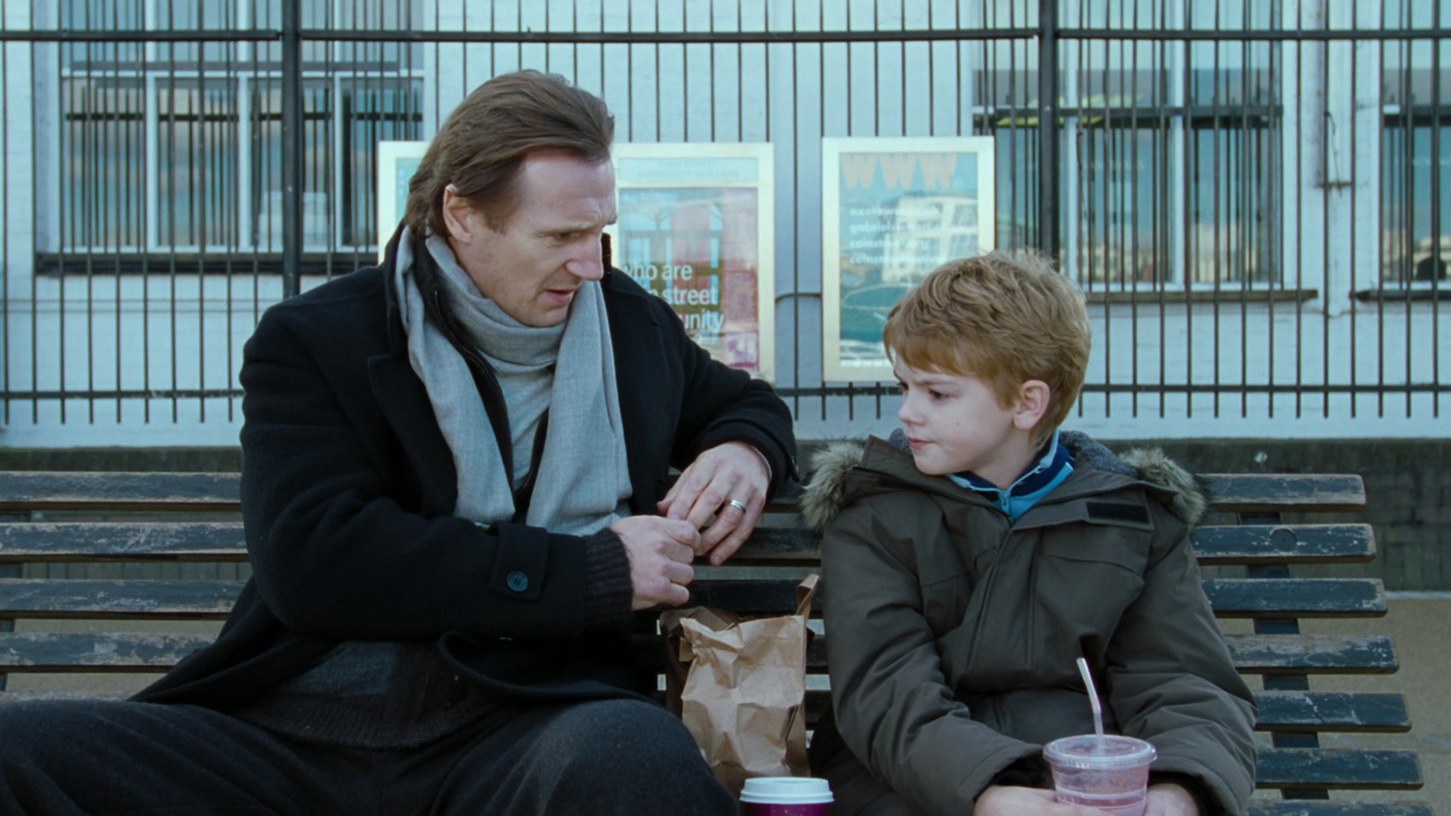 Liam in a still from Love Actually

It was Steven Spielberg’s holocaust film, Schindler’s List, which became the turning point of Liam’s life. This movie made him gain three major nominations- Best Actor in Oscars, BAFTA and Golden Globes nominations. Also, his performance as Oskar Schindler made the film won the award of Best Picture of 1993. Since then, there was no going back for this amazingly hard-working star. In 2000, Liam was appointed as the Officer of the Order of the British Empire by Queen Elizabeth II in her New Year Honours. Likewise, in 2009, he was awarded an honorary doctorate by Queen’s University, Belfast. Most recently, in 2020, Liam Neeson was listed at number 7 on The Irish Times. It is a list of Ireland’s greatest film actors. 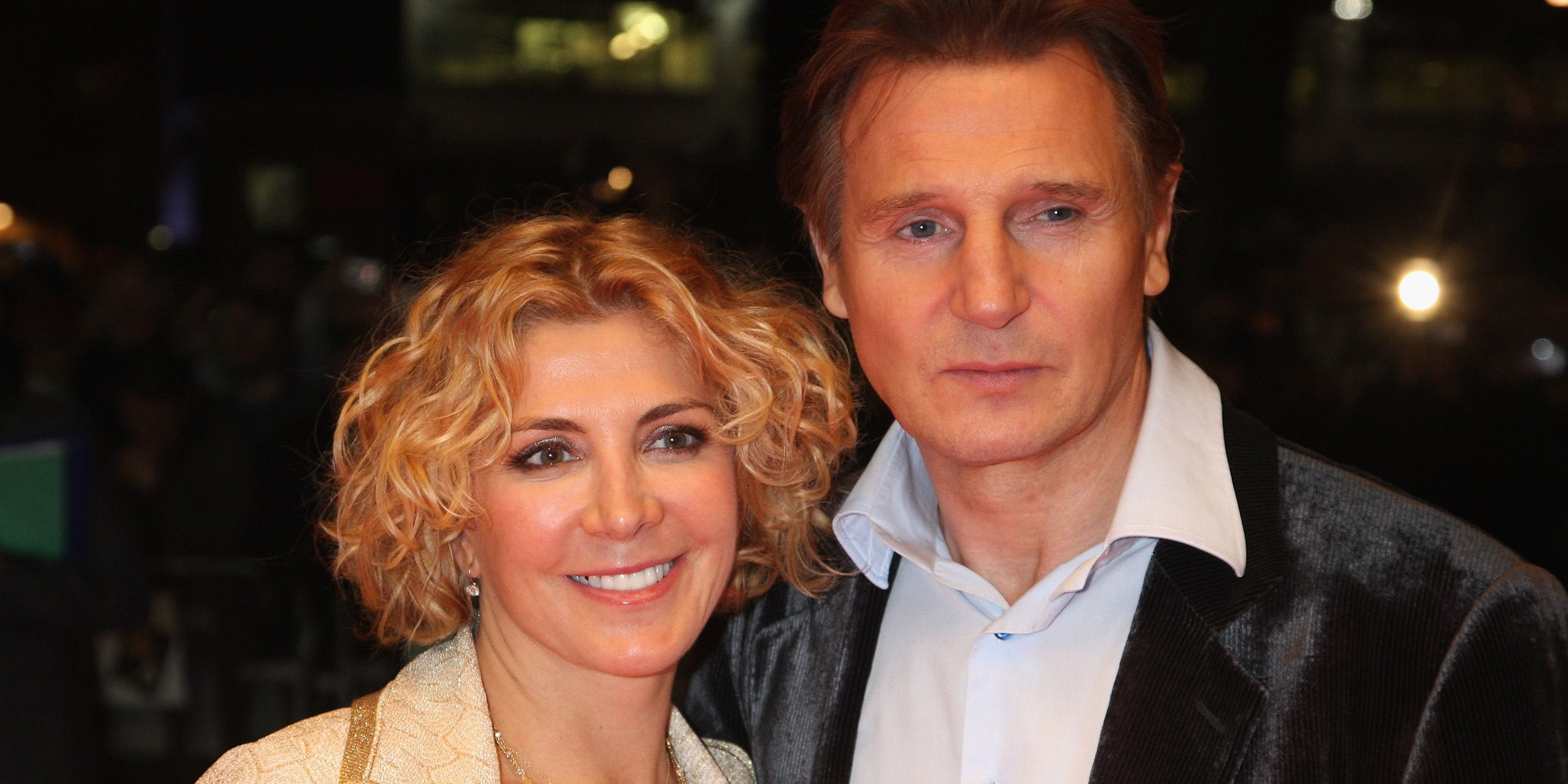 Liam with his wife Natasha Richardson, who died in 2009

Neeson married the love of his life, Natasha Richardson, whom he met on the sets of Anna Christie. They both got married the next year, in 1994, and have two sons together. After being together for almost 15 years, the couple was separated by fate. Natasha died on 18 March 2009 due to her head injuries which she got through skiing accident at the Mont Tremblant Resort in Montreal.

Also Read: How Did Chi Chi DeVayne Meet Her End At Age 34?