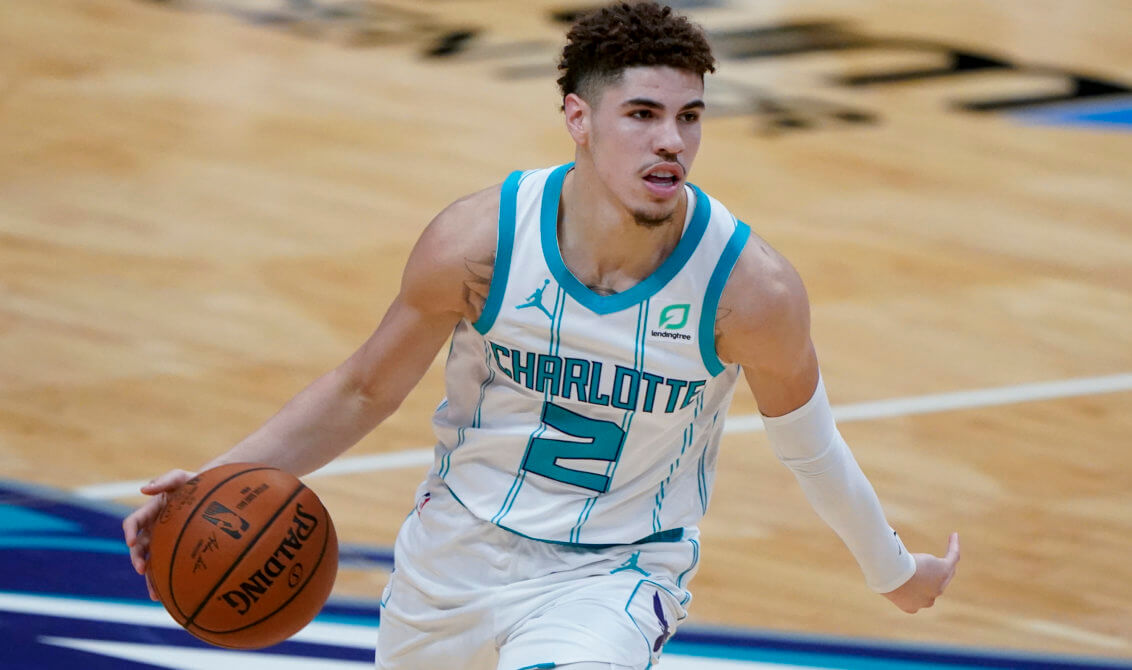 Lamelo Ball is a well-liked professional American basketball player. He plays for the Charlotte Hornets of the National Basketball Association (NBA). The talented and rising player has won awards, including Rookie of the Month in December, January, and February, NBL Rookie of the Year in 2020, JBA champion in 2018, and JBA All-Star in 2018.

He received attention for his skills since high school matches. His older brothers, LiAngelo Robert Ball and Lonzo Ball are also professional basketball players, and the brothers achieved state and national championship as junior players. Their father, LaVar Christopher Ball, is a former basketball player, businessman, and also a media person. His wife and their mother, Tina Ball, was also a basketball player and had her own identity because of her skills and caught the attention of the media. The sports family stars in Ball in the Family, a Facebook reality show and are often referred to as ‘basketball Kardashians.’ Tina suffered from a stroke in 2017, and their struggle during that period was shown in the show. 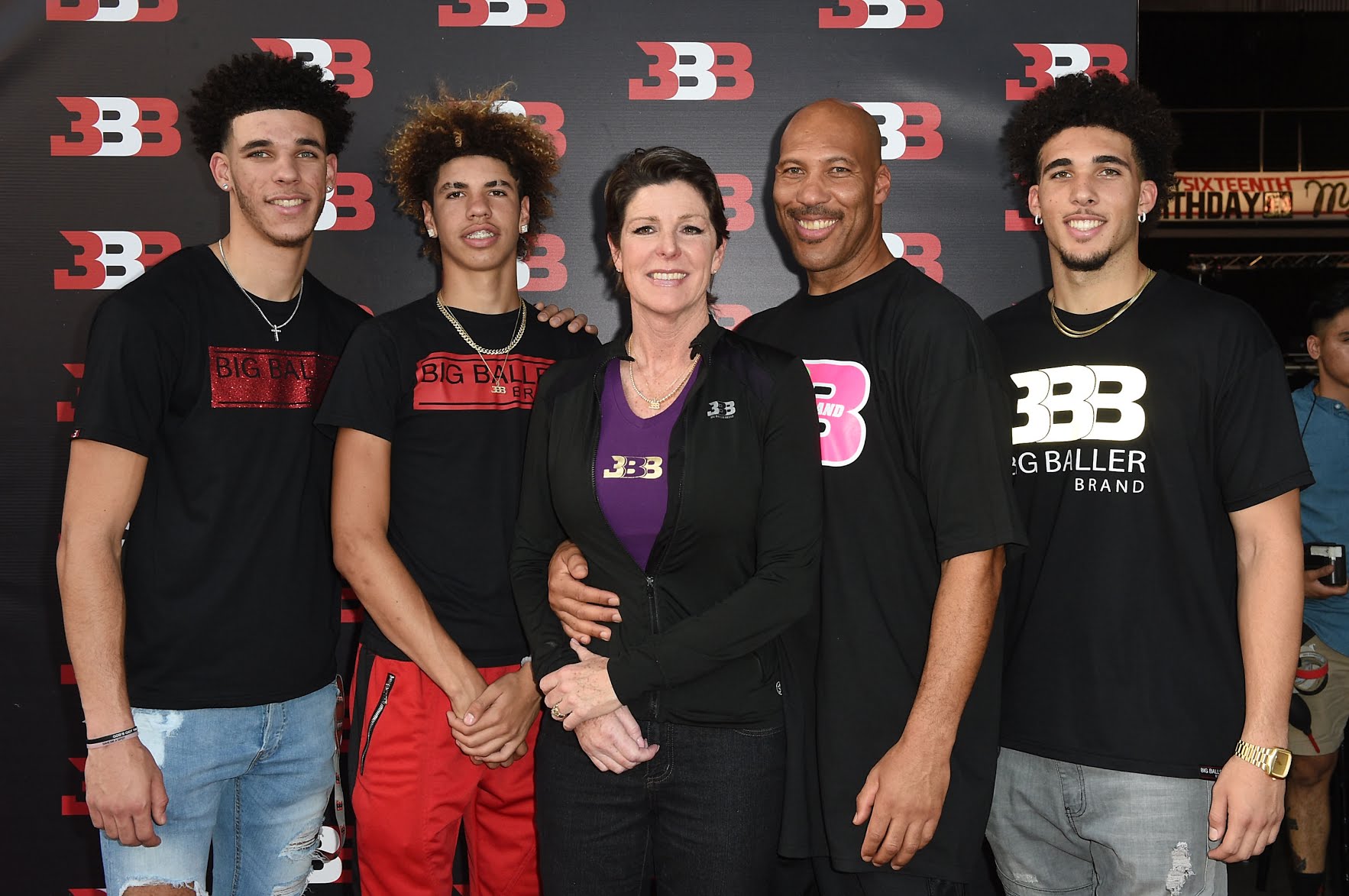 Lamelo Ball with his family members

His Early Life And More About His Career

Lamelo Ball was born on August 22, 2001, in Anaheim, California. His father, LaVar, a former basketball player, taught him how to play basketball and train him since he was a small kid. He played basketball with his brothers and older competitors when he was only four. When he was in middle school, he and his brothers played under Big Ballers VXT, a union team that was basically for 17 and under, and his parents were the coach of the team. 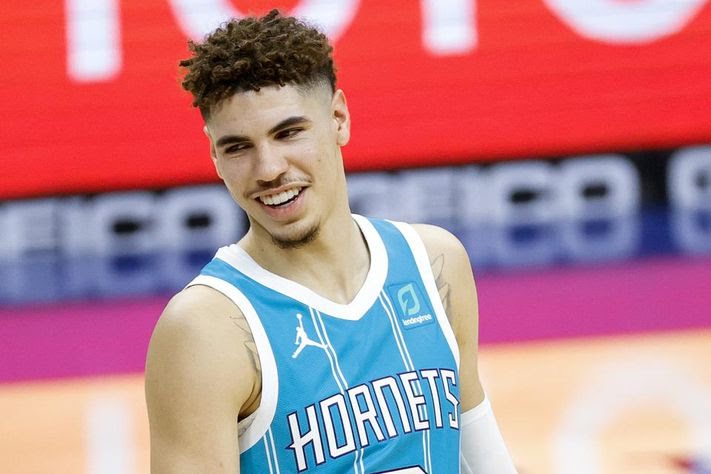 When he got into college, in his first year, he played for Chino Hills High School in Chino Hills, California. He is a great player and led his team to the state championship and won the mythical national championship by 35-0. He, along with his teammate, Onyeka Okongwu, won the MaxPreps National Freshman of the Year. He did a half-court shot two seconds into a game, making a national record in 2016. He won most of the matches and continued to create and break records. But, Lamelo left Chino Hills in 2017 as his father was dissatisfied with the new coach and the school administration and got homeschooled further.

He and his brother, LiAngelo, later signed with Harrison Gaines to play overseas as professionals and played for Prienai. It got a bit controversial as he skipped college and was homeschooled, yet his father did not pay attention to the criticism, and Lamelo became the youngest American to ever sign a professional basketball contract. He gave his excellent performance as usual and helped the team a lot. Unfortunately, his team was removed from the Hoophall Classic tournament ll because of some conflict among the organizers. That particular year he left Prienai as his father complained about not giving him enough playtime to showcase his skills. He joined Junior Basketball Association (JBA) in 2018 and left it in the last month of the year to continue with his senior year.

In 2019, he signed with Illawarra Hawks National Basketball League (NBL) and led his team to reach the finals, and became MVP of the season. Then, he joined Charlotte Hornets in 2020, but in March 2021, he got injured in his right wrist during a match and got listed out.

Ball also had to face multiple controversies surrounding him and got criticized by the media when he was only thirteen years old. He also recently faced a ball scandal, but he is able to handle it with care and dodged further controversies.

Who Did Lamelo Ball Date Before? 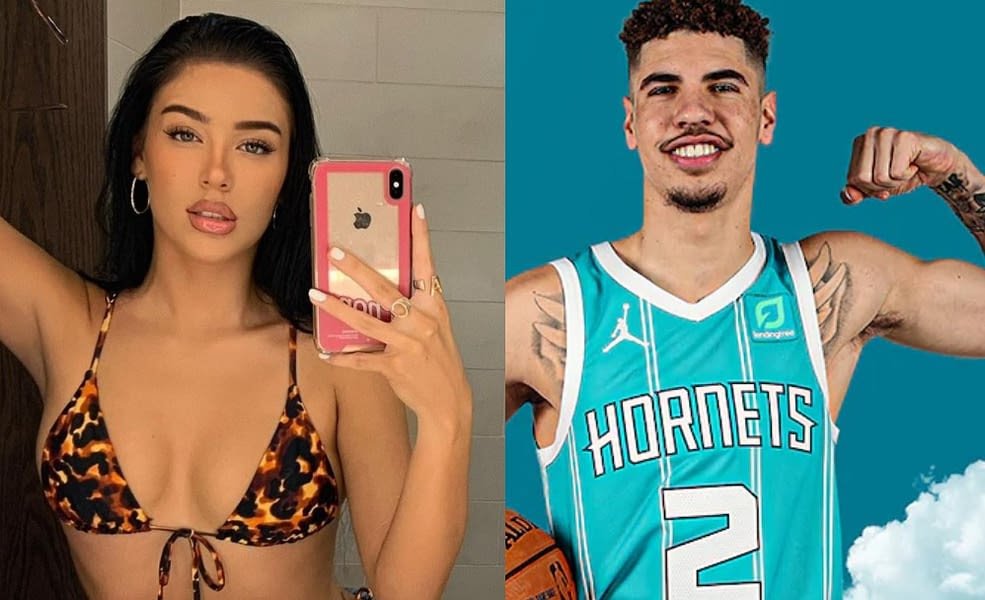 Lamelo and his ex-girlfriend, Ashlyn Castro

The 19-year-old has quite a secretive dating history. He is rumored to have dated Ashlyn Castro in 2020. Ashlyn is an Instagram personality and a model. A follower of Ashlyn messaged her and congratulated her on their relationship, and she liked the message. Later she told that it was mistakenly done and they are nothing but friends. Later their relationship got confirmed, but they broke up within a year.

Who Is Lamelo Ball Dating Now? 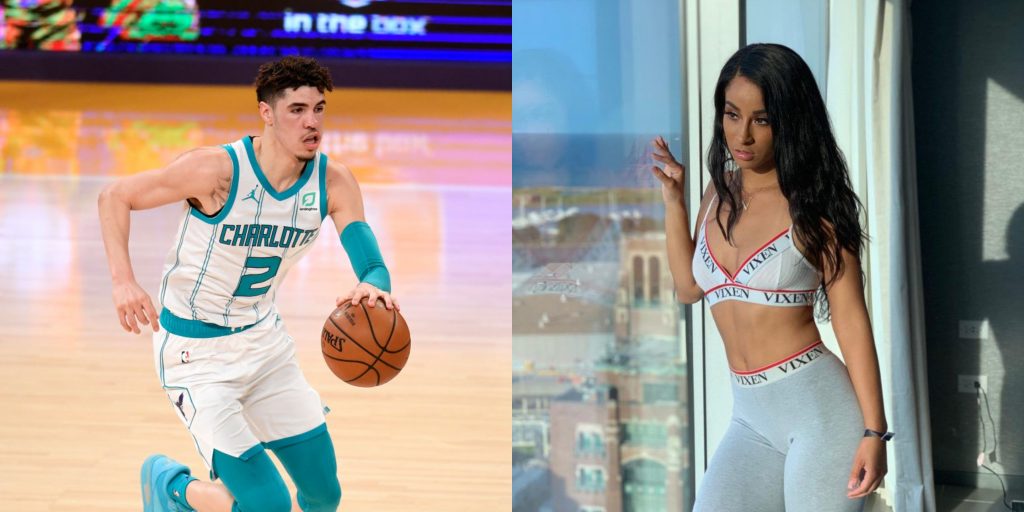 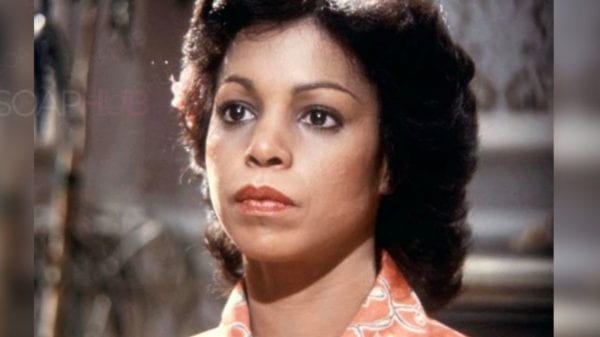