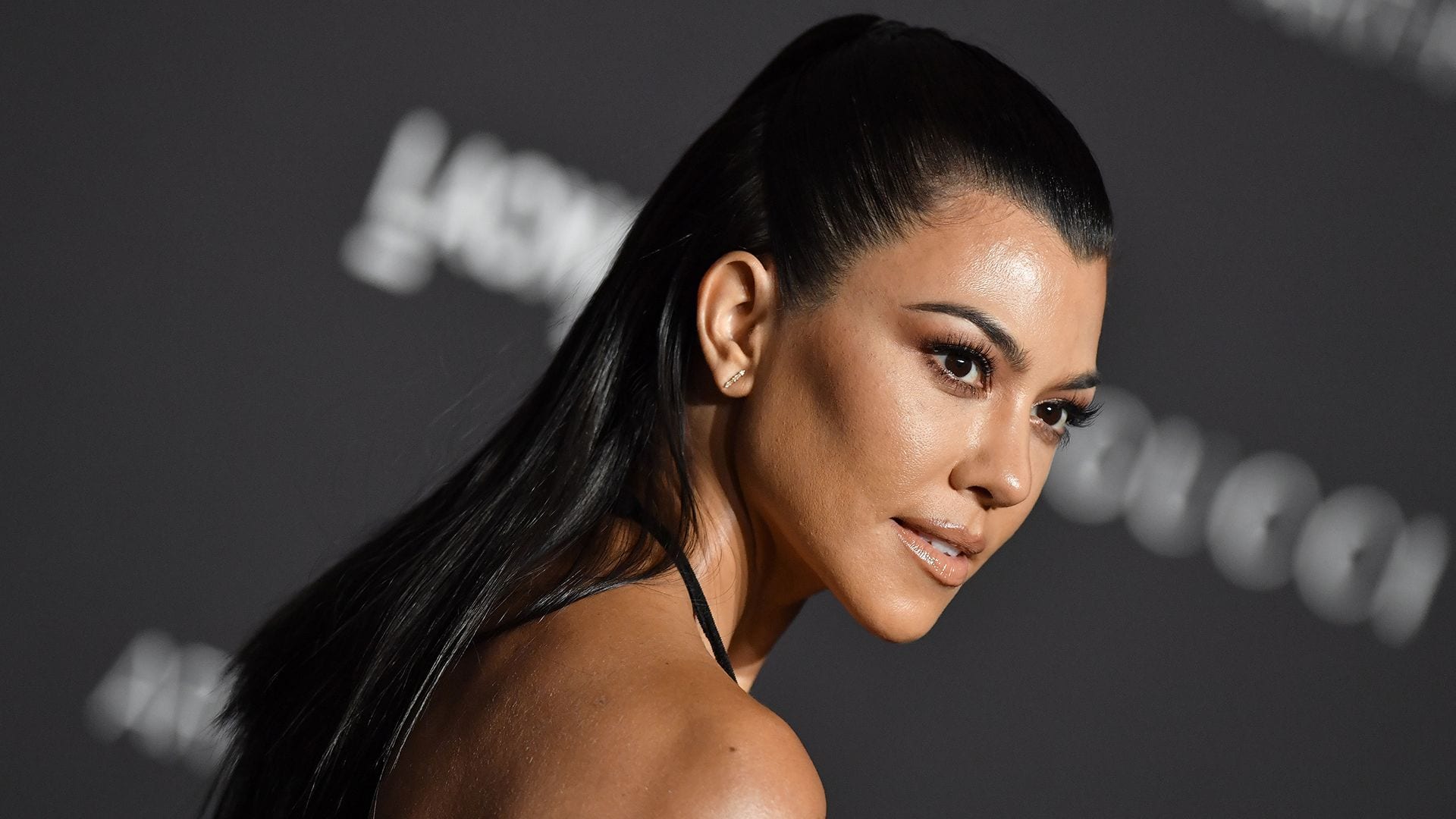 Kourtney Mary Kardashian, who is commonly known for her role in Keeping Up With the Kardashians, is a very successful model and socialite. She, alongside Kim and Khloe, is also involved in the retail business. Kourtney became very famous when her sex tape was made by her sister Kim and her ex-boyfriend Ray J in 2003. She is even earned charity money from “Filthy Rich: Cattle Drive.” It is Kardashian’s family business mostly that had made the whole family [including Jenners] famous.

Kardashian was earlier in a relationship with Scott Disick. The ex-couple shares three children whose names are Mason, Penelope, and Reign. However, after a long on-and-off relationship, the duo decided to end it in 2015. It is said that it was Scott’s alcohol problem that led to their break up. As soon as their relationship ended, Disick started dating other people. Although, the ex-couple is still good friends. Scott played a very crucial role in KUWTK. He was the one who made the show famous.

Kourtney is currently off the market is dating someone since January 2021. Read the following article to know who is the man of her life. The blog also features her latest “rough sex” gossip. 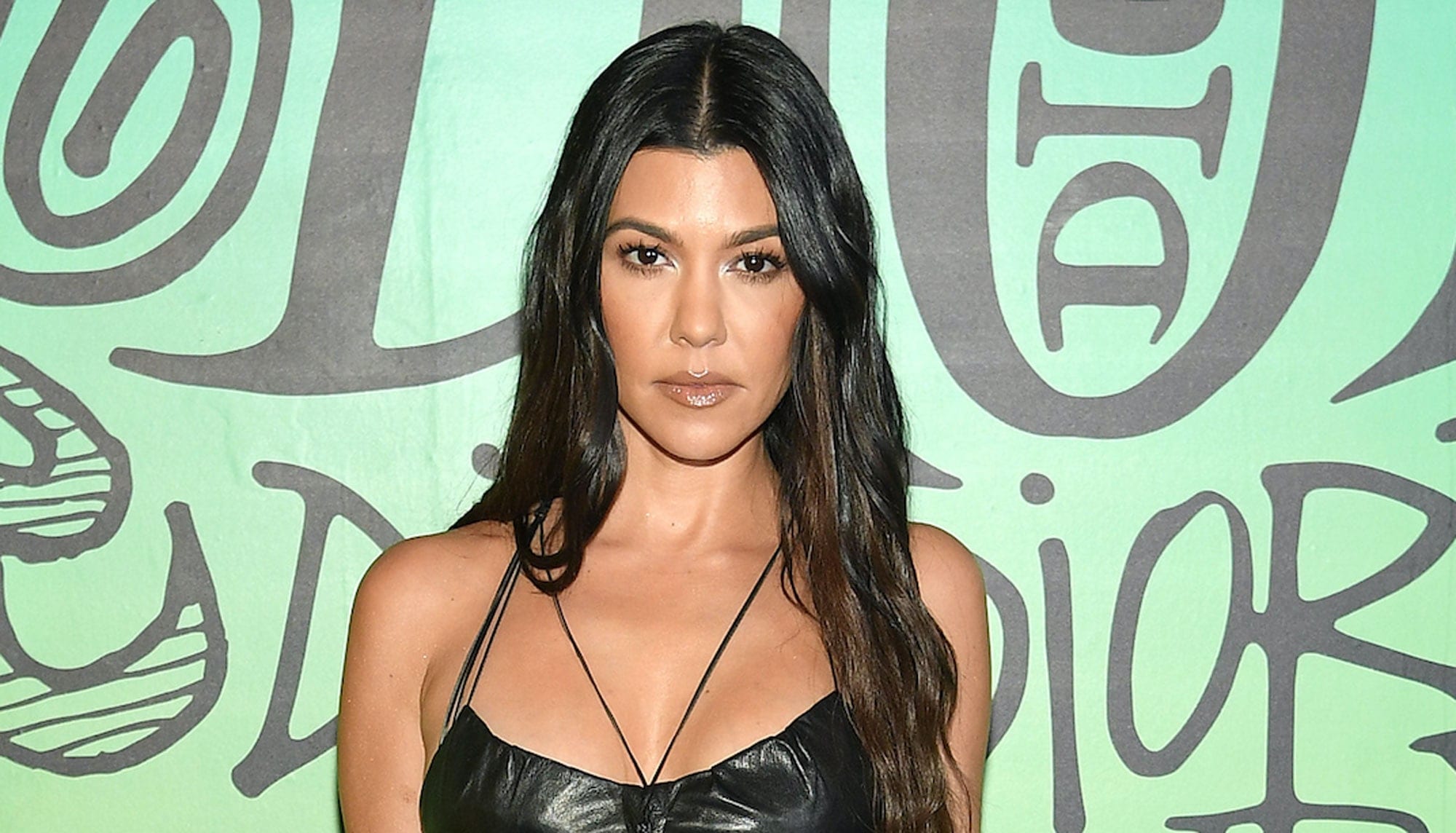 Who is Kourtney Kardashian dating 2021?

Kourtney, who is the mother of 3 and 41 years old, is dating Blick-182 drummer Travis Barker who is 45. The duo has become way more serious for each other. Recently, this year only, Kourtney confirmed her relationship with Travis. Before their relationship, they were very good friends. Their romance was confirmed when the duo went for the first joint family vacation in April 2021. Until now, Barker and Kourtney kept denying the fact of their dating. Even when they confirmed their relationship in 2021 Jan, an anonymous report said that they were dating since last November. Moreover, Travis was crushing over Kourtney for a long time. In Feb 2021, it was very casual to see the couple on various dates. Kourtney is very happy with Barker, and she thought that her relationship is something very positive; that is the reason she opened up about it.

Later in March, the couple went for their first trip together. They were accompanied by Megan Fox and Machine Gun Kelly.

MGK, Megan Fox, Travis Barker and Kourtney Kardashian in the house for #UFC260 🙌

Kourtney is even getting familiar with Travis’ daughters, Alabama and Atiana. She posted pictures along with his daughters when they went for a family vacation. Even at that time, Kourtney publicly accepted that Barker is her boyfriend. Travis also posted a series of photos of him and Kourtney from the vacation. The vacation has surely played an important role in bringing up the family very close.

Kourtney Kardashian and her evolution

Since the time Kourtney has come into a relationship with Travis Barker, she is getting evolved over sex. Moreover, Travis is seen to be responsible for this evolution in Kourtney. Recently, Travis posted a photo on his social media and captioned it with “All day I dream about sex w/ you.” Of course, we are not blaming the singer; Kourtney definitely got it in her genes. Kourtney, who is the mother of 3, has recently fired the sensation through her Instagram. She left her fans crazy after posting a story with a caption, “ROUGH SEX: LOVE IT OR LEAVE IT?” The dup is pretty active on social media and does not hessite posting about their sex appeals from each other; there we go again? gee.

Well, she posted this story days after Travis broke the internet by wishing Kourtney with a blasting snap of the couple kissing each other. He captioned the picture with a sweet message saying that he loves Kourtney and she is a blessing. 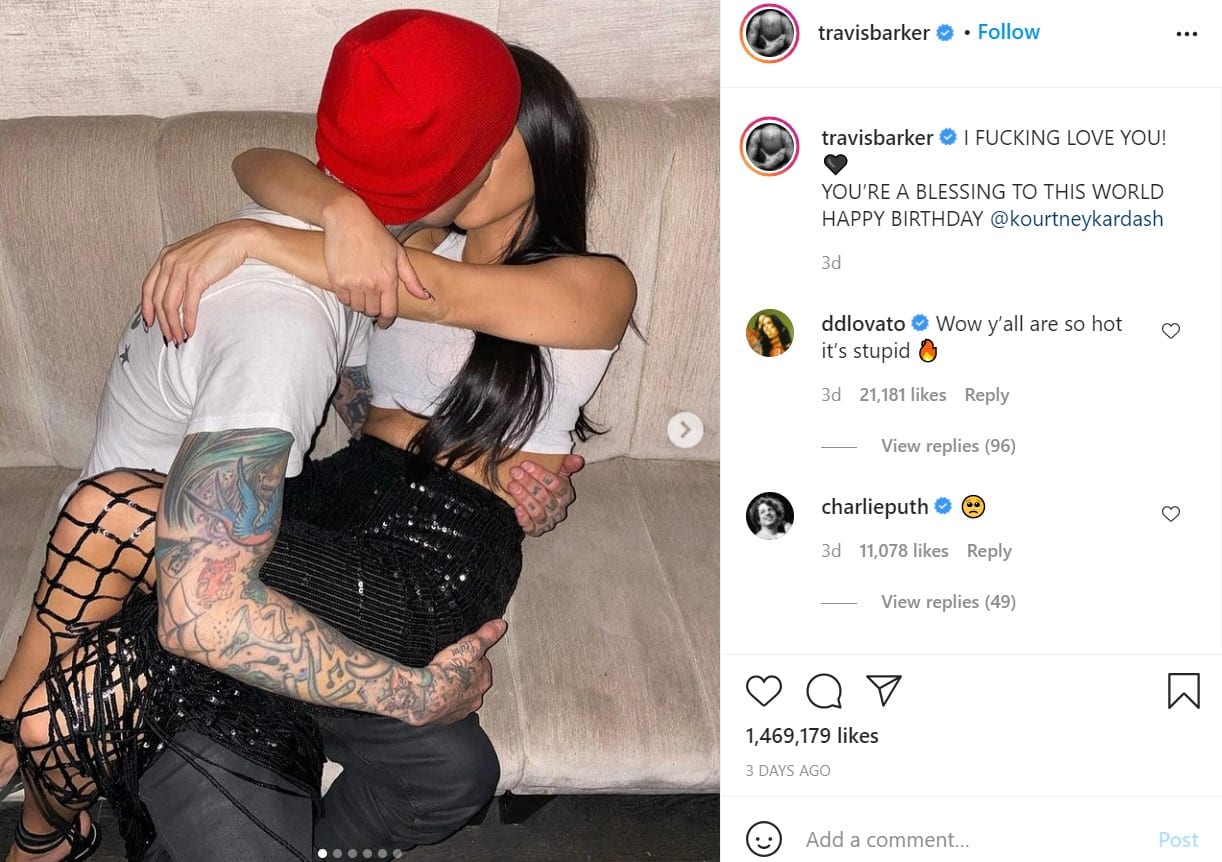 Apart from the image above, he also posted a snap of Kourtney’s bare legs on her birthday. The couple, especially Kourtney, does not care what everyone thinks. And, of course, she does not even seem to hesitate to tell over how much she loves rough sex. They were recently spotted in Orange County, and we’re not worried about the eyes on them. The couple was full-on, displaying public affection. That somewhere or the other proves how much Kourtney is into it.