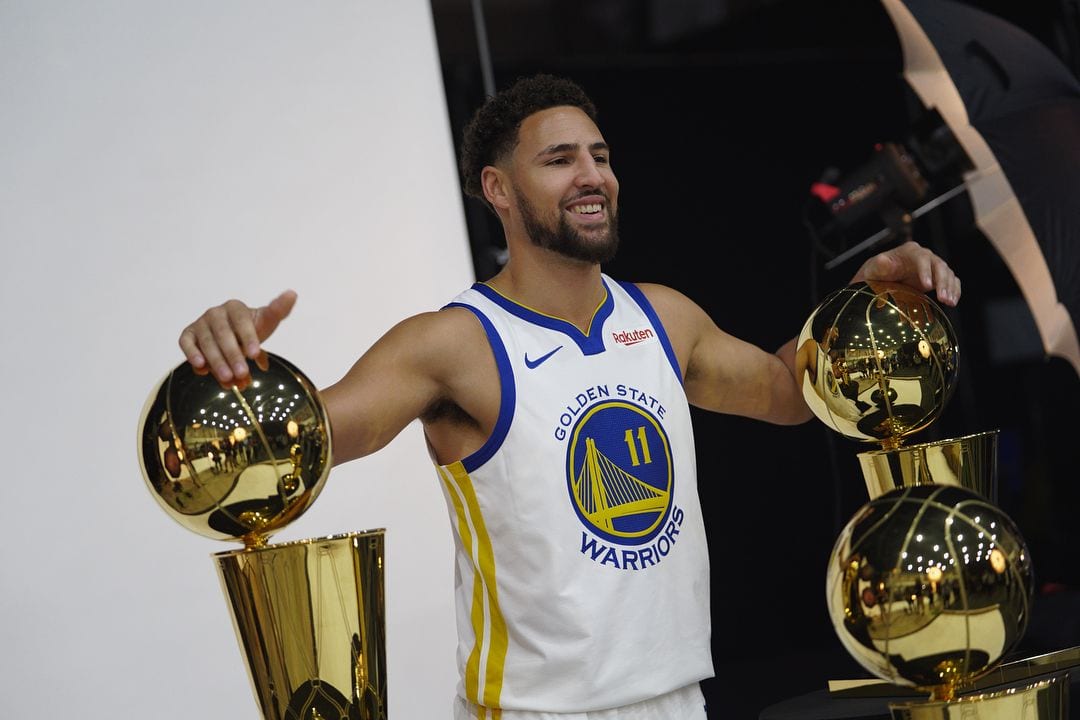 Klay Thompson is a household name for those who religiously follow NBA. In the history of the NBA, Klay Thompson is one of the best shooters. He was nicknamed Splash Brothers, together with Steph Curry for their 484 combined 3-pointers in the 2014 season. Klay plays for the Golden State Warriors since 2011. Klay played a major role in bringing the Warriors to the NBA Championships and in winning the 2017 and 2018 seasons. He received high praise for his shooting skills and made many season-high points throughout his career. His contributions to the Warriors have won him a plethora of awards. His awards include 3 times NBA Champion, 5 times NBA All-Star, 2 times All-NBA Third Team, and NBA Three Points Contest champion in 2016. Klay also holds the records for most 3-pointers scored in a game and most points scored in a quarter.

Klay hails from a family of athletes. His father Mychal Thompson was the first overall pick in the 1987 NBA draft. Klay’s mother played volleyball during her college years. His older brother Mychel played basketball for a short period with the Cavaliers. His younger brother Tyrace is a Major League Baseball player now. Klay has been actively playing basketball since high school. He earned the league MVP in the state championship by leading his team to a record win of 30-5. Klay played for Washington State University and was named to Pac-10 All-Freshman Team. He was the 3rd fastest Cougar to reach 1000 points and was named to All-Pac-10 First Team. Klay went on to score a season record of 733 points in the 2011 Pac-10 tournament. WSU honored him in 2020 by retiring the No.1 that he wore, making him the second in WSU men’s basketball. 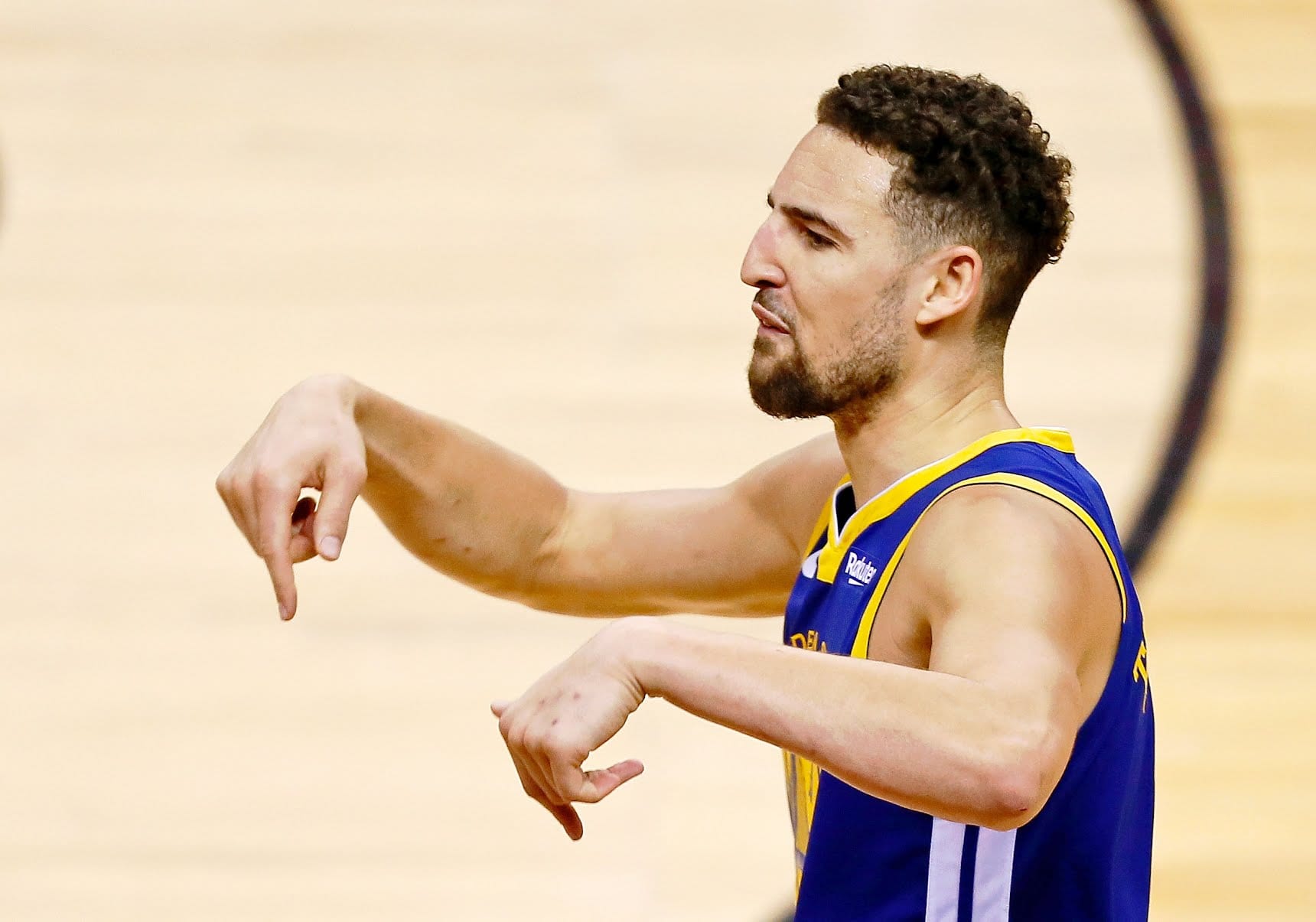 Thompson was picked 11th overall for the 2011 NBA draft. Following his improvements in overall aspects, he started playing an average of 30 minutes per game in the 2012 season. Klay scored a season-high of 27 points and was named to the NBA All-Rookie First Team. In the following seasons, he formed the best shooting duo with Stephen Curry. The Splash Brothers scored the record 484 combined 3-pointers in the 2013-14 season. They broke it again in the next season by 41 points. Klay acted as a game starter from the 2016-17 season. The Warriors went on to win the 2017-18 and 2018-19 season. During this time, Klay swooped many awards and records to his name. 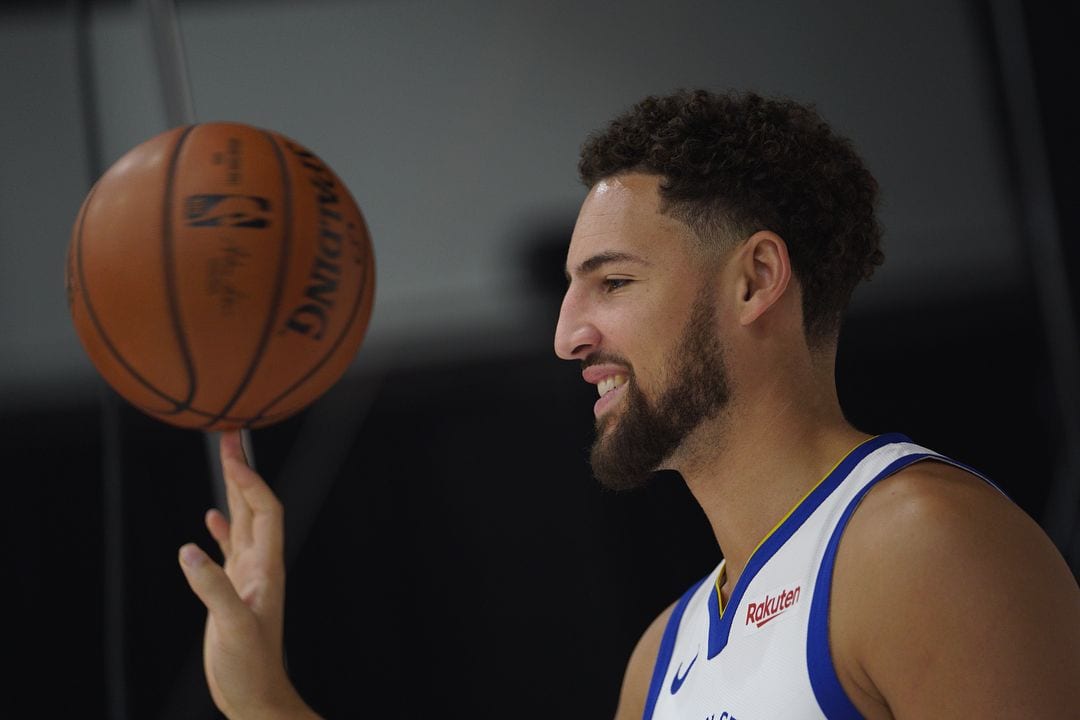 Klay represented the US in the 2014 FIBA Basketball World Cup and won a gold medal. He was also in the 2016 Rio Olympics gold-winning team. He missed the entire 2019-20 season due to his ACL surgery. Klay resumed his practice sessions in 2020. However, he isn’t allowed to participate in any events for 2020-21. This is due to an Achilles tendon injury during a pick-up game.

Also read: Who Is Sheryl Crow Dating? Her Personal Life Till Now

Klay is famous for his shooting skills in the court. But in private life also, he’s infamous for shooting his shot at famous models. He has been rumored to be dating many Instagram models and actresses. He dated model Hannah Stockings back in 2015 for almost a year. But after Hannah thrashed accusations of Klay cheating on her, they broke up. Soon after, Instagram model Abigail Ratchford posted a tweet with Klay’s dog, Rocco. This sparked rumors of their dating but Abigail denied it. Again there were rumors of Klay dating cheerleader Cherise Sandra. Sandra denied the rumors. Klay went on a dinner date with basketball player Tiffany Suarez. They separated almost soon, though. The most remarkable thing is that this all happened in 2015. In 2018, Klay was spotted with Spider-Man: Homecoming actress Laura Harrier. However, they broke up in 2019. 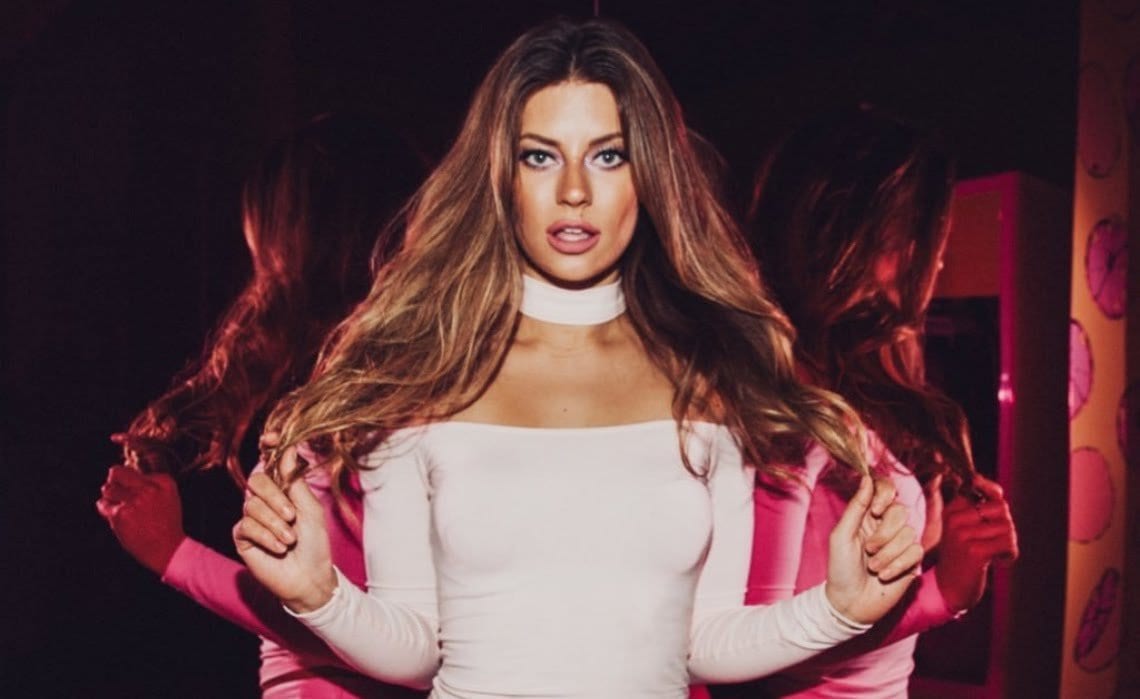 Who Is Klay Thompson Dating Now?

However, the couple went to the Didgers games together in 2019. This sparked rumors of them getting back together. Although the couple hasn’t come out to the public, many speculate that they might be dating in private. A recent Instagram post by Laura got fans speculating that she was wearing Klay’s jacket. So it is not clear yet if they are going to publicly announce their patch-up anytime. Klay has never been married or even engaged before. 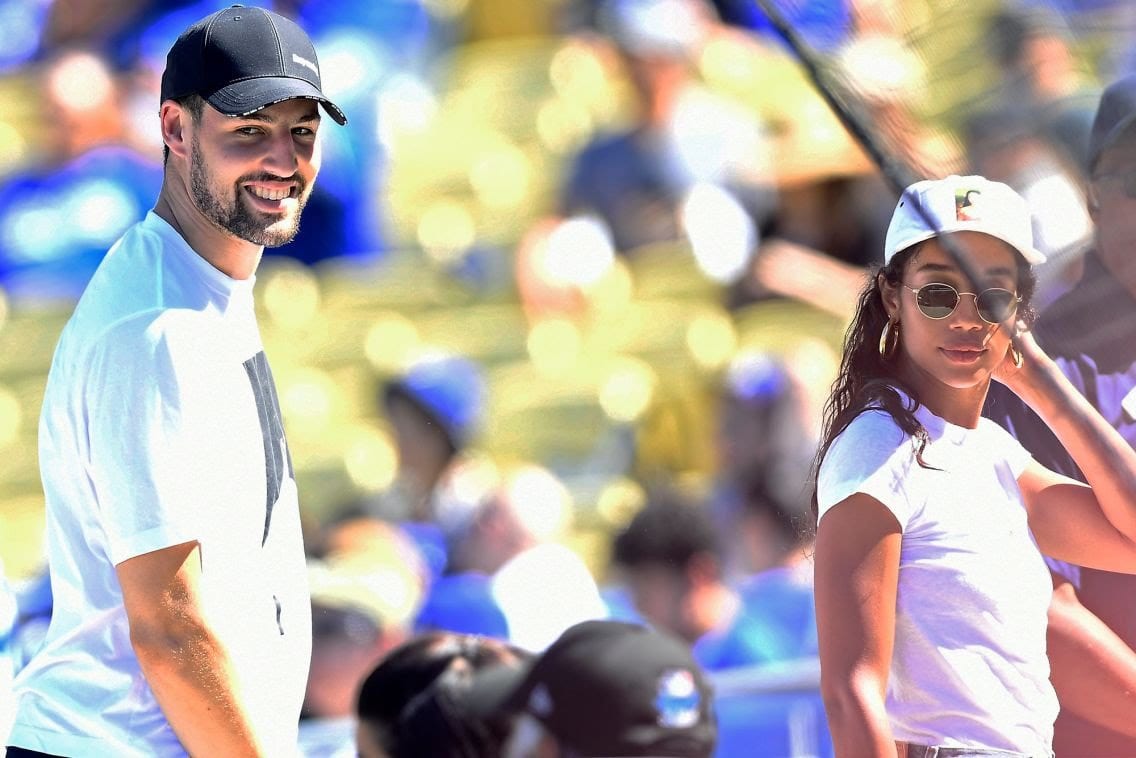 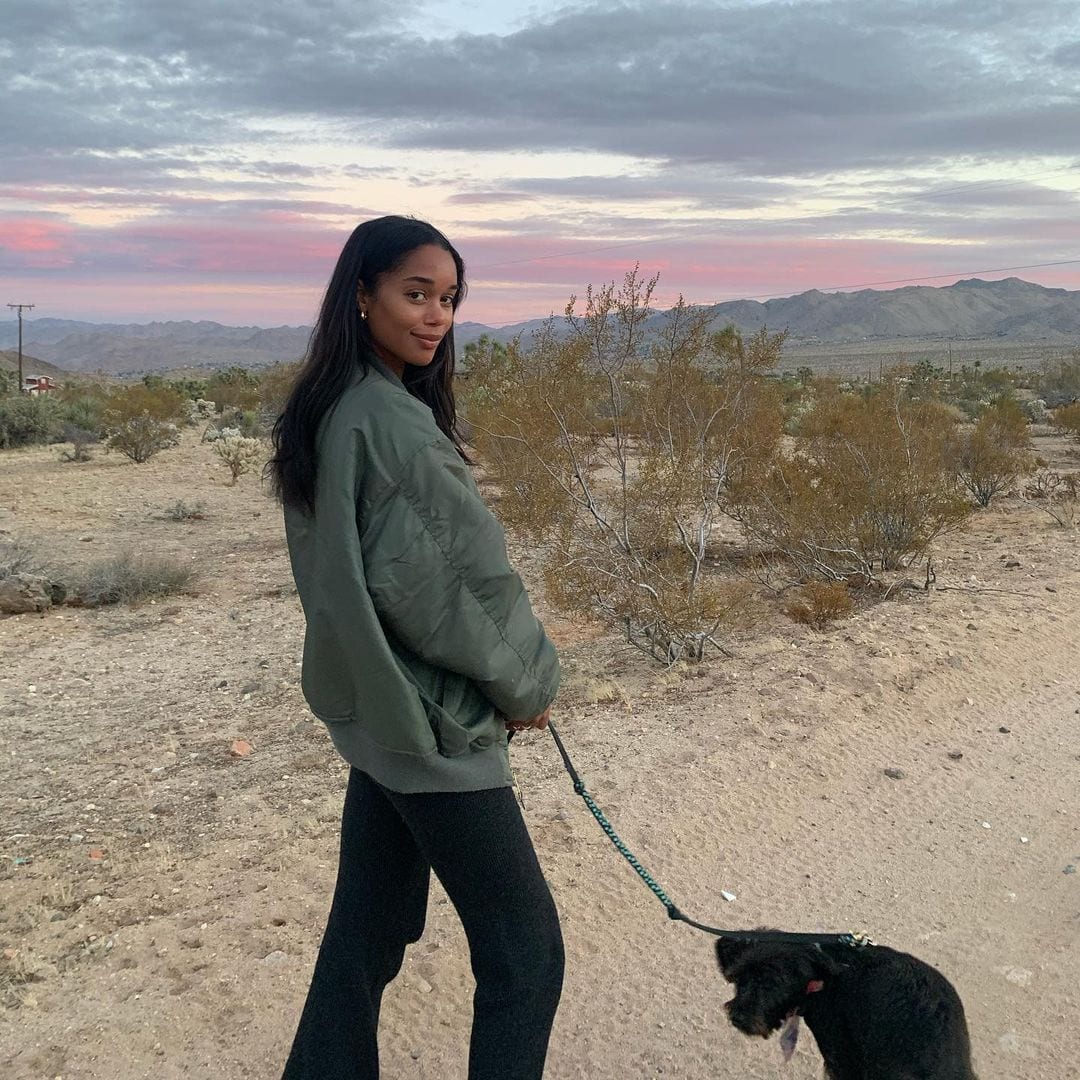