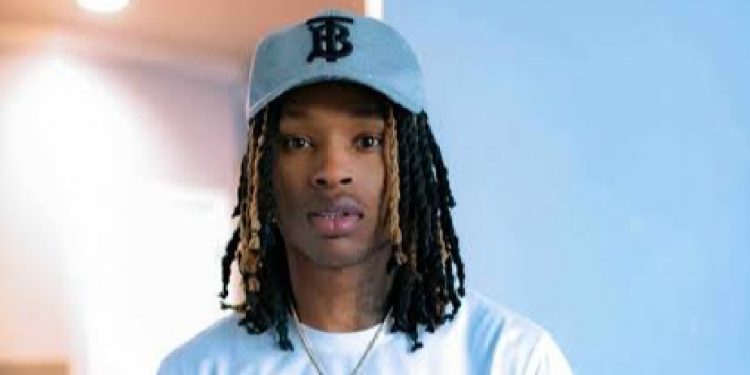 King Von, who was welcomed to this world on August 9, 1994, was roughly 26 years old when he died on November 6, 2020. He was born and reared in an impoverished family in Chicago, Illinois, before moving to Atlanta, Georgia, in the United States. Who is King Von? Why is he famous? He claimed to be an American national who practiced Christianity. He belonged to the African-American ethnic group. Von received his early education in a local private school in his hometown, as well as high school at Hyde Park Academy, where he graduated alongside his fellow rapper, G Herbo.

He became interested in rapping while in the company of G Herbo and chose to pursue a career as a rapper. King Von was a charming and dashing young boy with a good-looking, intelligent, and handsome appearance. With impressive body measurements and a rhomboid muscular body type, he possessed a strong and attractive physique. He stood around 5’9″ tall and weighed around 68 kg. He had black hair that was short and stylish, as well as beautiful and mesmerizing black eyes.

King Von is a well-known rapper and has given several hits to the music industry. King Von’s rap career came on the rise when he was at the age of 26. The Lil Durk affiliate started rapping in 2018 and has progressively grown a fanbase since then, with his early track “Problems” establishing his talent to the globe and his 2018 song “Crazy Story” capturing an even larger audience later on. The music video for “Crazy Story” has over fifty million views on YouTube, and Von shows off his story-telling skills by recounting a robbery that went violent.

He is most famous for collaborating with an established rapper Lil Durk. With his flowing narrative style, he captured the attention of more-established rapper Lil Durk, and the Chicago rapper King Von emerged into the drill scene. King Von was signed to Durk’s Only the Family label in 2018, and his viral single “Crazy Story” was included on his debut mixtape, Grandson, Vol. 1. They had been pals for a long time and collaborated on various musical projects. Lil Durk revealed after Dayvon’s passing that he had a custom set of remembrance tags created to honor his late pal.

King Von’s single “Crazy Story” became his breakout single after fellow rapper Lil Durk signed him to his Only the Family label on December 6, 2018. Von’s girlfriend, rapper Asian Doll, created a music video for her song “Grandson” about the artist on Valentine’s Day 2019, in which Von appeared. In May 2019, Lil Durk’s “Crazy Story 2.0” was released, followed by a music video on May 20, 2021, which peaked at number four on the Bubbling Under Hot 100 chart.

Bennett and his crew got into a fight with Quando Rondo’s crew outside of the Monaco hookah lounge in Atlanta, Georgia, around 2:15 a.m. on November 6, 2020. Bennett was shot multiple times as the quarrel quickly escalated into gunfire. He was taken to a hospital in critical condition, where he died later that day at the age of 26. Two people were killed, according to the Georgia Bureau of Investigation. Six people were injured, with one of them being arrested for the murder of King Von while receiving treatment for a gunshot wound. Timothy Leeks, also known as Lul Timm, a rapper, was identified as the suspect. King Von was laid to rest in Chicago on November 14, 2020.

Also Read: Larsa Pippen’s Partner: Who is the Boyfriend of Real Housewives of Miami Star in 2021?