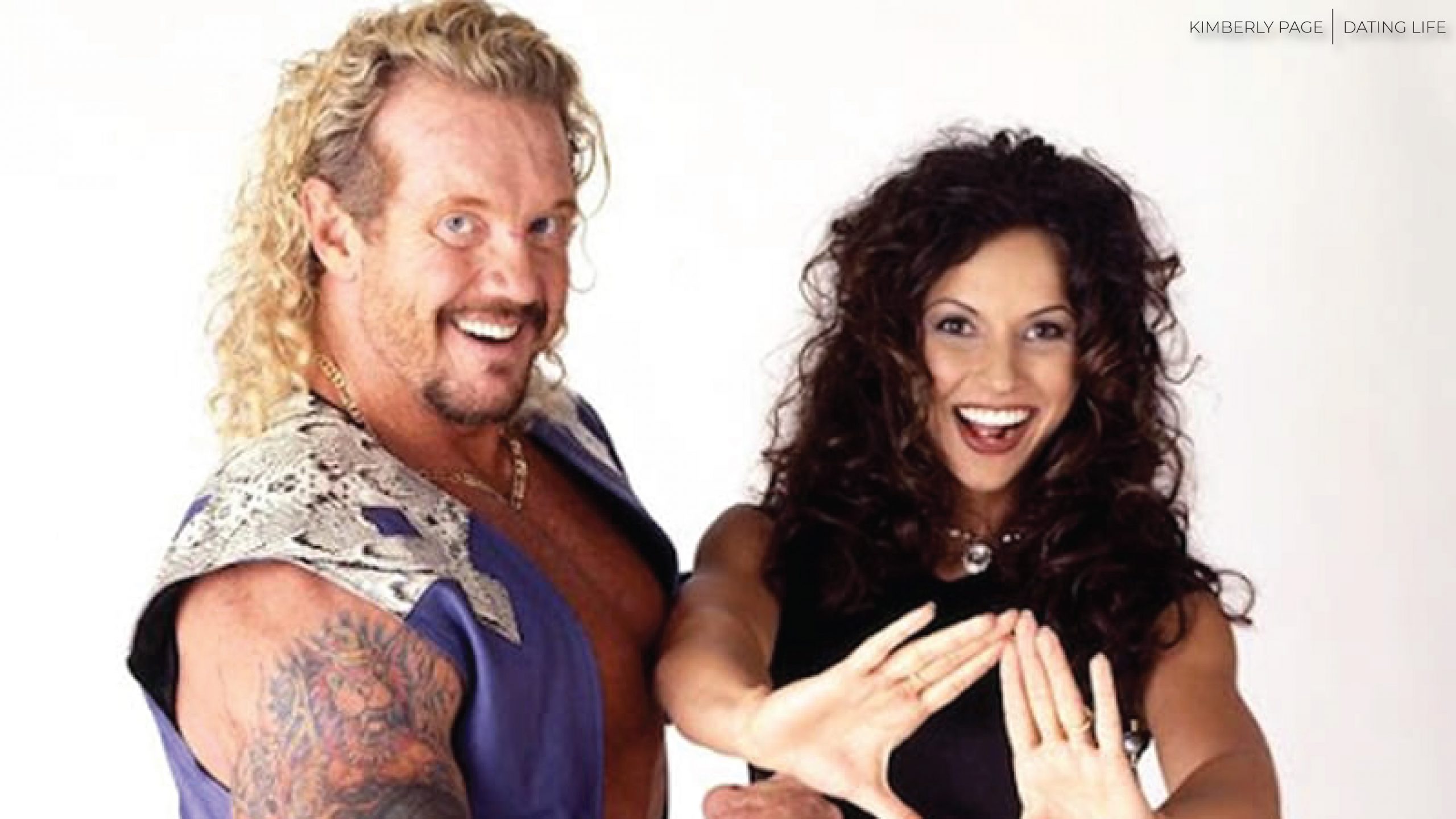 In this article, we would be talking about Kimberly Page and who she is dating. Kimberly Lynne Bacon, born on January 1, 1969, in Chicago, Illinois, is a former American professional wrestling personality. She is known by her World Championship Wrestling (WCW) ring name Kimberly Page. She enrolled in Auburn University for a degree in public relations and journalism which she completed in 1990.

Graduated with a master’s degree in advertising from Northwestern University in 1991, Kimberly worked as a public relations coordinator, aerobics instructor, and waitress. She later joined her then-husband, Diamond Dallas Page, in the world of wrestling. Her first appearance at WCW was as the valet for her then-husband, Diamond Dallas Page. She was the leader of ‘The Nitro Girls’. After leaving WCW, Kimberly focused on acting. Her most notable role was in The 40-Year-Old Virgin (2005) as Carol alongside Steve Carell.

Also Read: Top 10 Facts About The Office Every Fans Should Know!

Kimberly Page didn’t start as a pro wrestling fan. She didn’t even have any intention of going anywhere near the ring. Her first appearance at WCW was as the valet for Diamond Dallas Page in 1994. She was known as the Diamond Doll in WCW. In spring 1995, Diamond Dallas Page was in constant argument and battle with Dave Sullivan over the Diamond Doll. After Sullivan sustained serious injuries, she visited him as he recuperated at home. She brought him a rabbit as a gift. DDP was furious, he tracked Sullivan down upon his release from the hospital and challenged him to an arm-wrestling contest at The Great American Bash on June 18, 1995. Sullivan beat Page and won a date with Kimberly.

After this, DDP and Dave wrestled at WCW Bash at the Beach on July 16, 1995. Dave lost the match. Page won that match but ended up losing Kimberly in a match against Johnny B. Badd at the WCW World War 3 event in 1995. She then became Jhonny’s valet, going simply by her name Kimberly. After Jhonny left WCW for the WWF in March 1996, she became The Booty Babe for The Booty Man.

The Nitro Girls And Life After WCW

Kimberly did not appear on WCW until 1997, where she rejoined Diamond Dallas Page as part of his ongoing feud with “Macho Man” Randy Savage, who had interrupted a Gene Okerlund interview with him. This segment was also the first time ever that Page and Kimberly revealed that they are an actual married couple. Kimberly formed ‘The Nitro Girls’ in July. They performed during breaks on WCW Monday Nitro to entertain the audience. The Nitro Girls had their own official website. She and several other members of Nitro Girls appeared in a pictorial in the September 1998 issue of Penthouse.

Kimberly again accompanied Page as his valet. On November 1, 1999, she left the Nitro Girls. A year later, she even left Page to join Vince Russo and Eric Bischoff’s New Blood stable. It was hinted Kimberly was dating Bischoff. She had brief feuds with Miss Elizabeth and Miss Hancock, both of them used to be a part of the Nitro Girls. She was also paired with Mike Awesome, before she departed from WCW in June 2000. 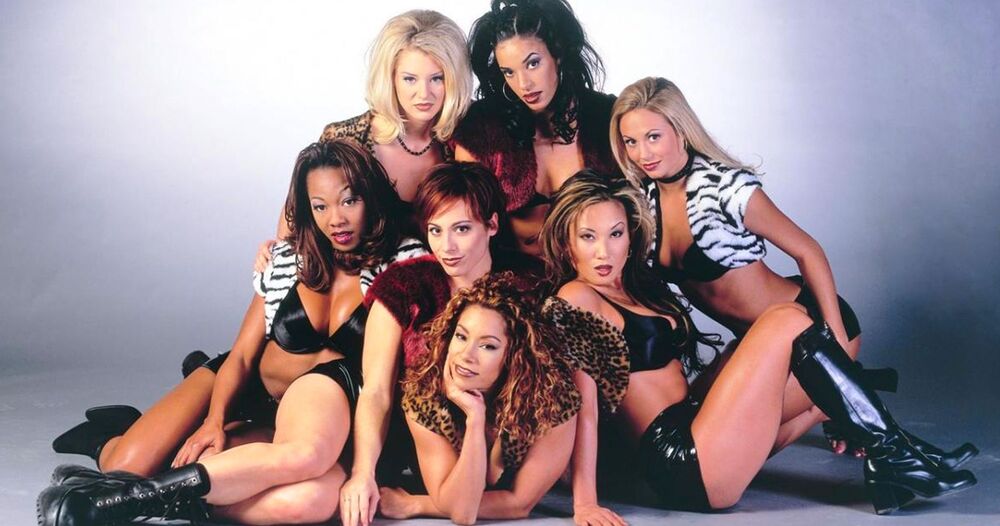 After leaving WCW, Kimberly Page focused on acting. While living in Atlanta, Kimberly appeared in a few productions at the Alliance Theatre. She then moved to Los Angeles, California, in 2002 to pursue a career in films and television. Her first role in a film was a deleted scene in the comedy film ‘Rat Race’ where she plays her WCW persona. One of the most remembered roles of Kimberly was in The 40-Year-Old Virgin (2005) as Carol. It was a very brief role, but enough to get her credited. And those who have watched this movie know what happens during this scene, so let’s leave it at that.

Who is Kimberly Page Dating Currently?

Kimberly Page is dating no one at the moment. In fact, she actually remarried. Kimberly used only to get roles where the only requirement from her was to show some skin which she didn’t like a bit. So she relocated from Los Angeles to Utah to start a career in marketing. Her only other relationship was with her ex-husband Diamond Dallas Page. They separated in July 2004 and filed for divorce in 2005. There were rumors that Kimberly was dating one of the wrestlers from WCW, but those were just rumors. 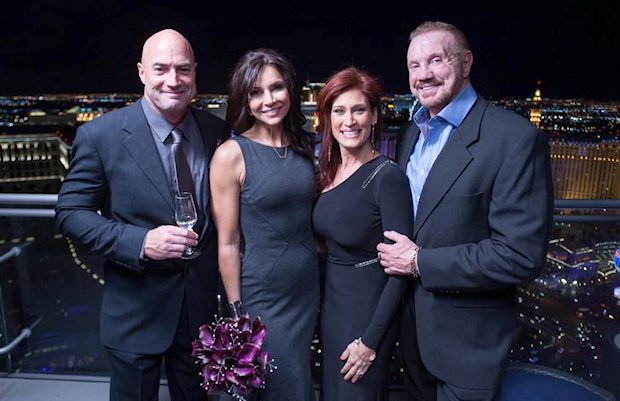 What’s Next For Kimberly Page?

Also Read: John Cena Girlfriend: Who Is The WWE Superstar Dating In 2021?