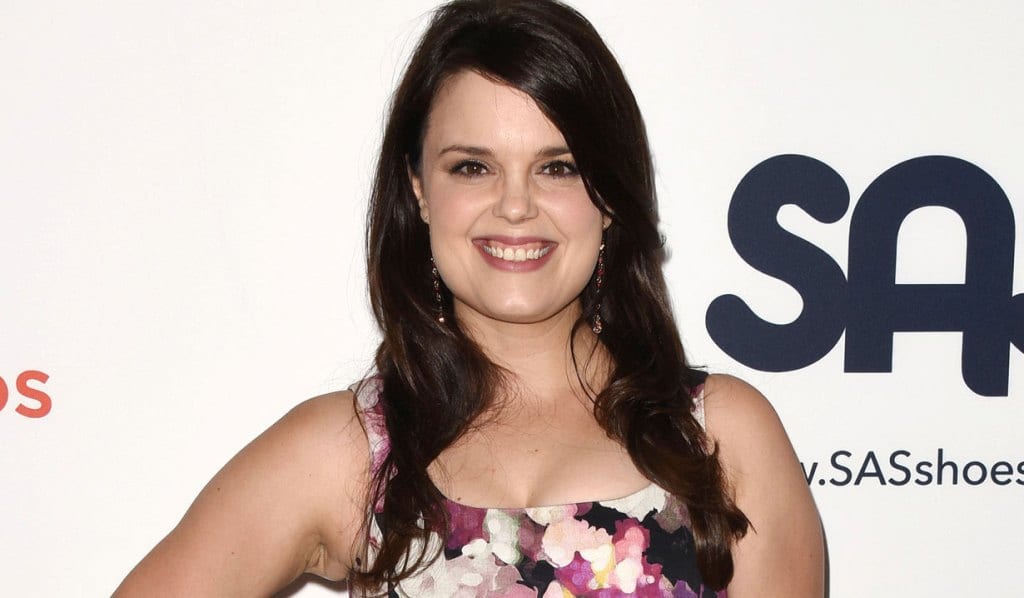 Kimberly Jean Brown is an American Actress. She is known for her role as the teen witch in Halloweentown movies, Marnie Piper. She was cast alongside Debbie Reynolds. Kimberly is also known to have played Marah Lewis in the show Guiding Light and as Annie Wheaton on Stephen King’s Rose Red miniseries. She was born on 16th November 1984 and is currently 36 years old. But amongst these all Kimberly Brown is the most famous to the tween set for Halloweentown I, II, and III, by Disney Channel. Her magical powers as a teenage witch bewitched us all. She starred Quints for the Disney channel too. She has also been nominated for an Emmy for her role in Guiding Light.  Apparently, she started her acting career when she was only 5 years old!

Kimberly was born in Maryland, USA. She has three brothers, Roman Richard and Dylan. Apparently, ever since she was a child, she had a knack for perfectly imitating actors and actresses with her brothers. Her mother, Latina Brown, recognized her potential and talent and thus, in order to hone her skills, got her added to an Acting Class. After high school, Kimberly went and got herself enrolled in a college and obtained a Bachelor of Science Degree in Business. 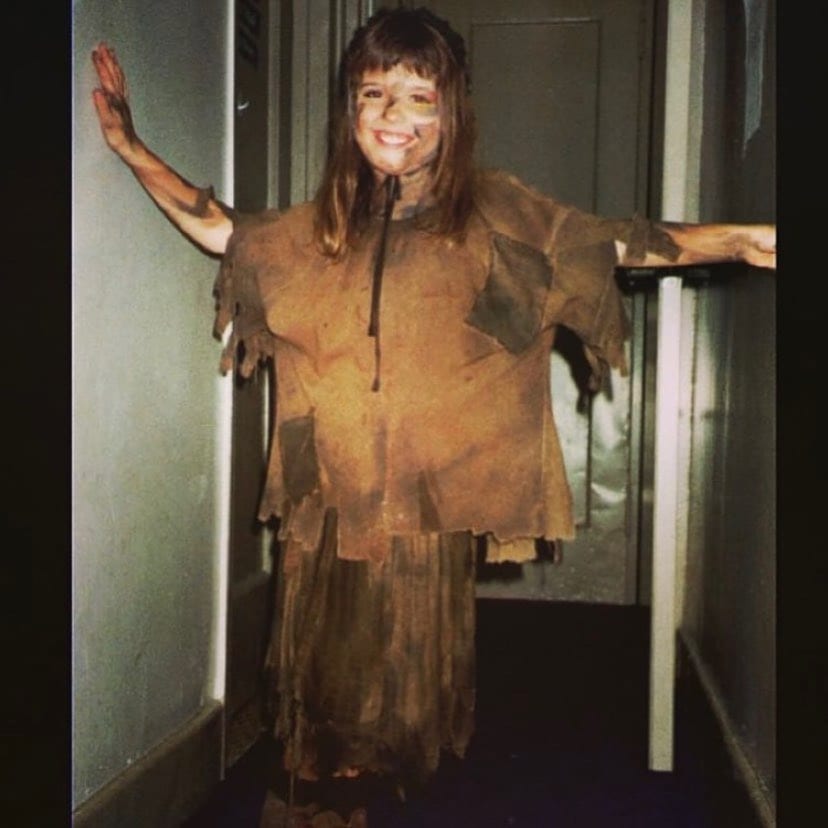 Young Kimberly in her get up for her Broadway Les Miserables (Source: Instagram)

Beginning her acting on Broadway, she had begun appearing in shows when she was only 9 years old. Amongst these shows include: Adoring the Sun, John Guare’s 4 Baboons Adoring the Sun, and Les Miserables. In Les Miserables, she starred as singing young Cossette. When she was 11, she was modeling for Ford Models. It was also at this age she earned her 1st and only Emmy nomination for her role of Marah Lewis on the show Guiding Light. When she was 13, she was cast for her role in Halloweentown. 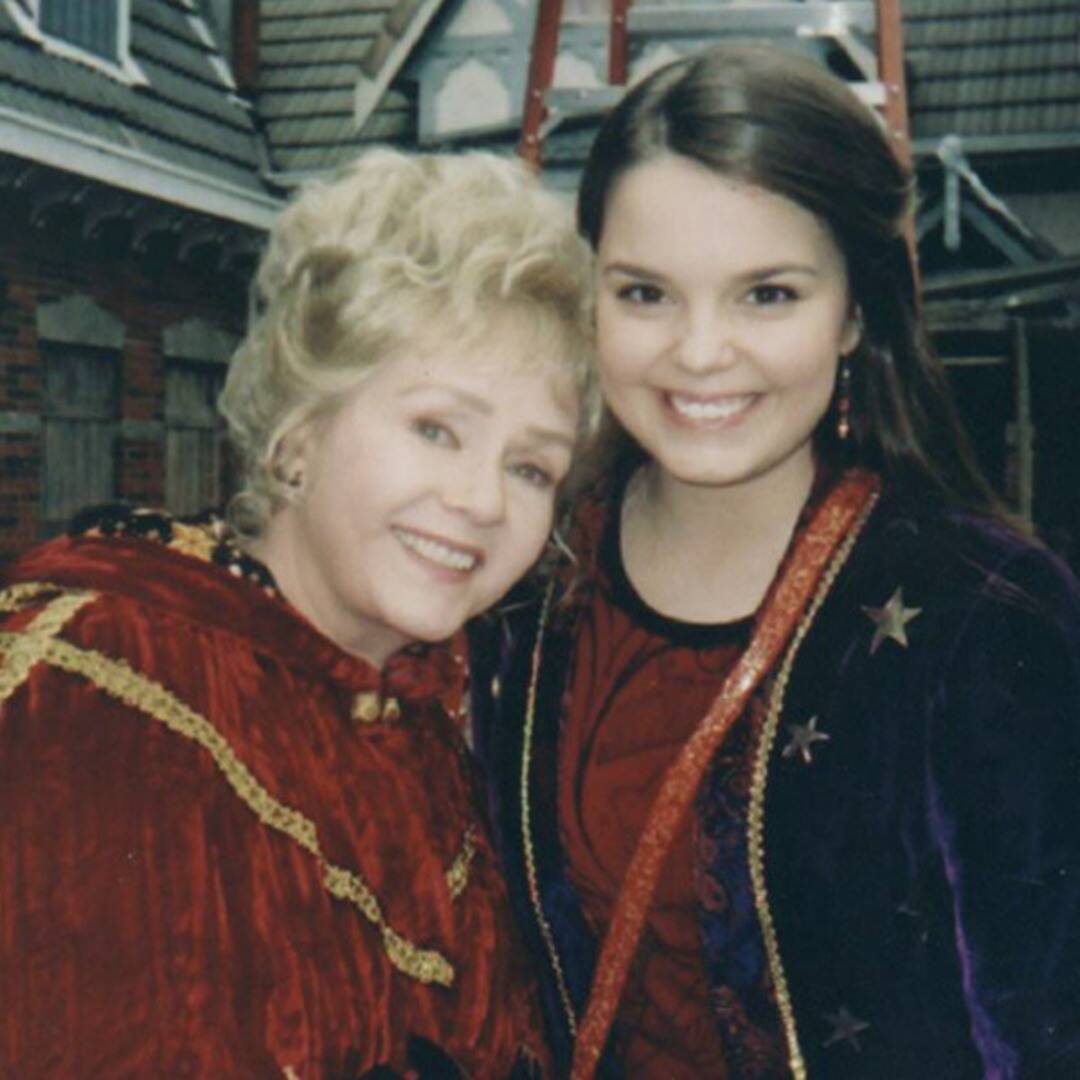 Halloweentown is the story of all sorts of fantastical beings: witches and warlocks, vampires and werewolves, etc, and how they separated themselves from humans to avoid extinction and now live in an alternate universe. She played Marnie Piper, with none other than Debbie Reynolds as her grandmother. When she was replaced by Sara Paxton in the 4th part of the movie, fans weren’t too happy. Some fans even said that they are just going to behave like the 4th installment never happened. Such was the love for Marnie, aka Kimberley.

She was also seen as Shana Taylor in the show “Low Winter Sun.” Other than Halloweentown, she also starred in other Disney Channel ventures, such as the 2000 movie named Quints. In 1999, she had also starred in the movie “Tumbleweeds.” Recently. she has revealed that she is a part of the cast of the General Hospital. The best way to describe General Hospital is to say that it is the longest-running soap opera in US History. 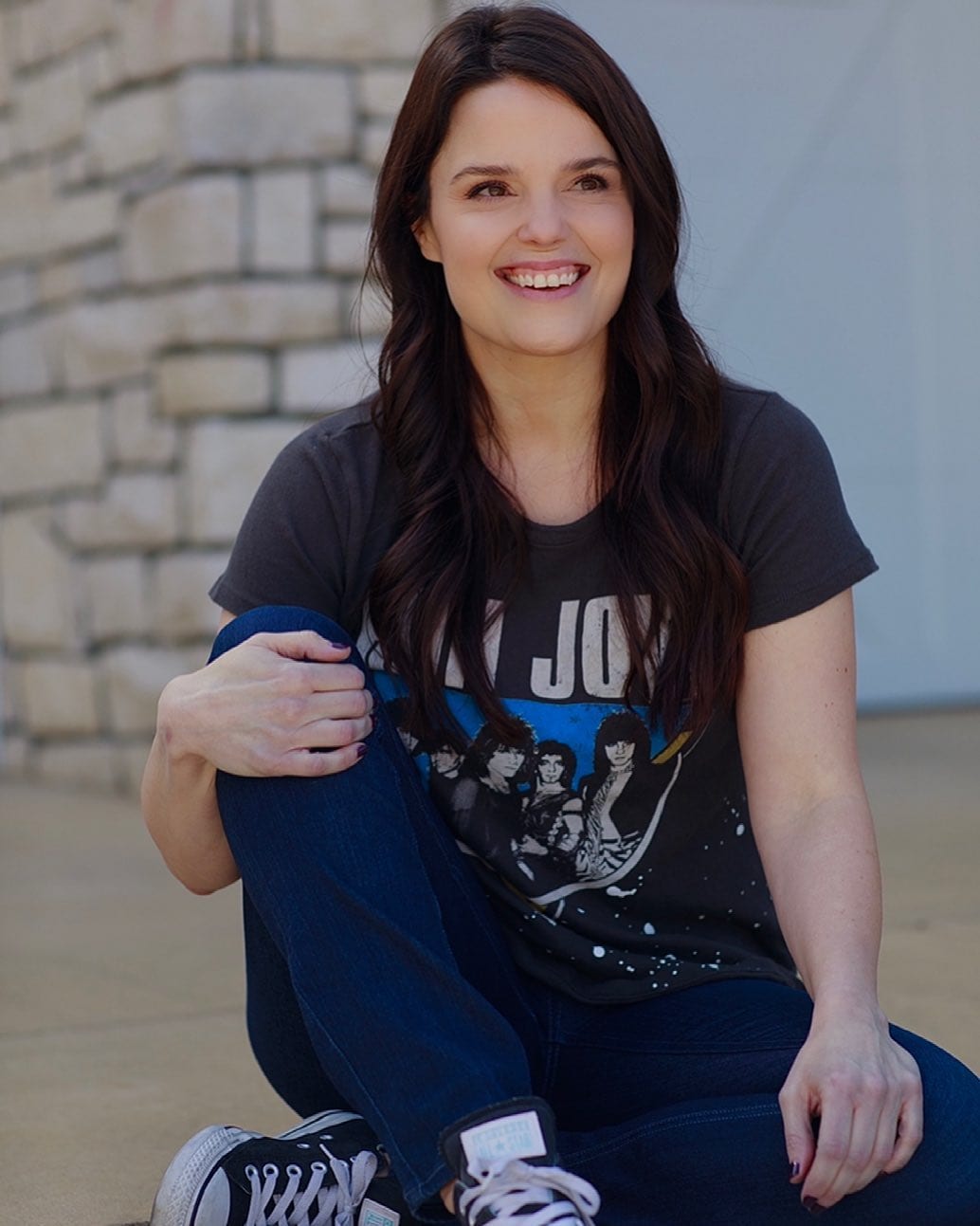 Other than her acting projects, she also has her own Etsy shop, CraftilyCreative (click here) where she sells a lot of stuff, including Halloweentown-themed stuff! She also writes books for children. When she is not acting or writing books, she also uploads funny videos on her YouTube channel. She had created her YouTube Channel back on July 6th, 2008. She currently has 35.4K subscribers on her channel. On her Instagram, she has 279K followers. Kimberly is very active on her social media platforms. 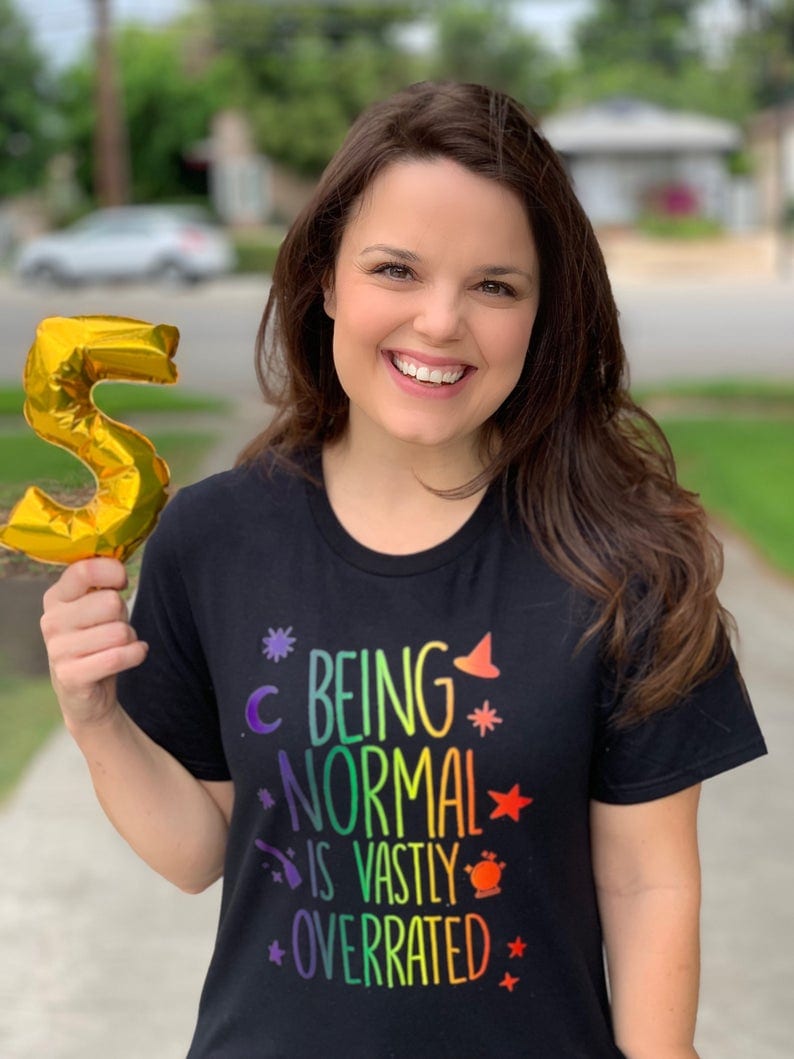 A Product on her Etsy Shop (Source: ETSY)

Who is Kimberly Brown Dating?

Back in the summer of 2018, Kimberly Brown gave the Halloweentown fans a big surprise! She literally left them all “shooketh” when she posted a picture of kissing her co-star from Halloweentown II, Daniel Kountz. This was done in honor of International Kissing Day. Anyway, the two had previously shared pictures together, but this announcement pulled the ground off the feet of the fans – no one had expected this. In the Halloweentown movies, Marnie and Kal (played by Daniel) were antagonists! How cute is it that they got together – I cannot still get over this. 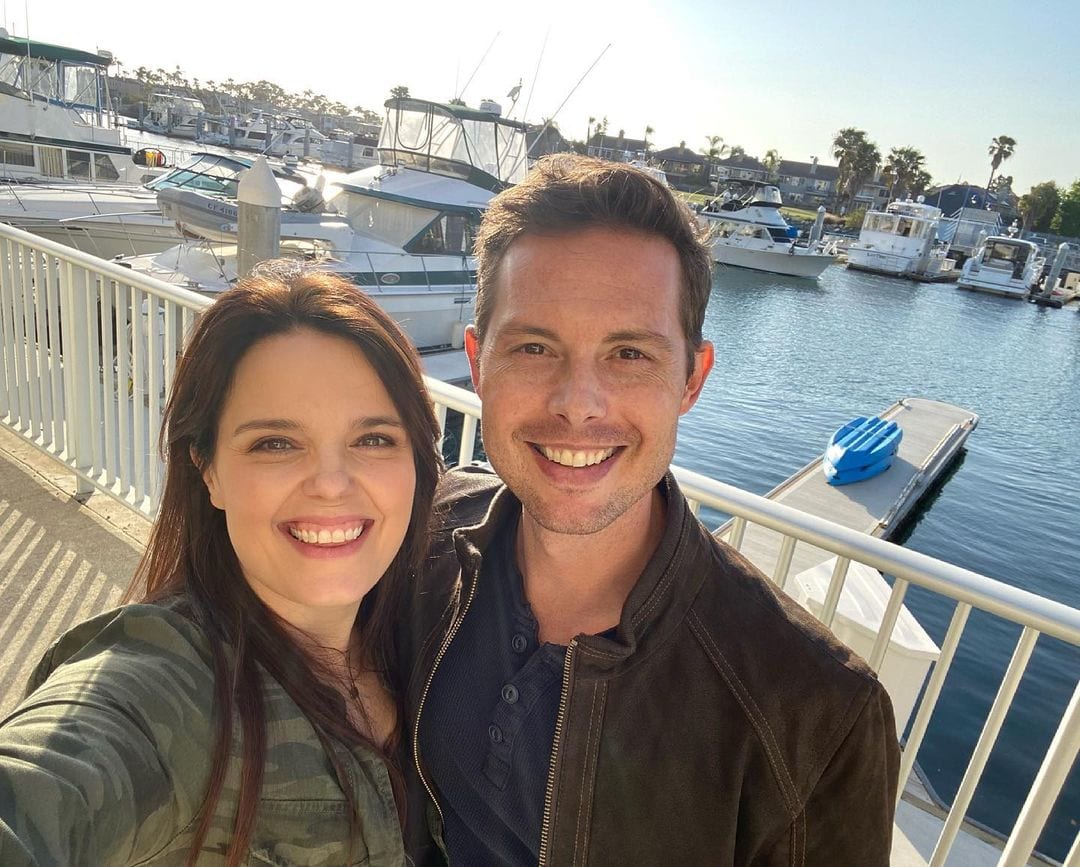 In a statement, she said how she and Daniel had been in touch for a very long while. Since they hadn’t seen each other for a long time, they decided to meet up together and create a few comedy sessions for her YouTube. They even made a short film for the 20th anniversary of the original movie. Daniel and Kimberly’s first video together dates back to 2016. The happy couple has shared a lot of pictures of them together: trips, weddings, and Halloweens. In spite of the general fear that surrounds making a relationship public, Kimberly cares about how much her fans care about Kal and Marnie. The couple is still dating; whether they are engaged or not is not known. 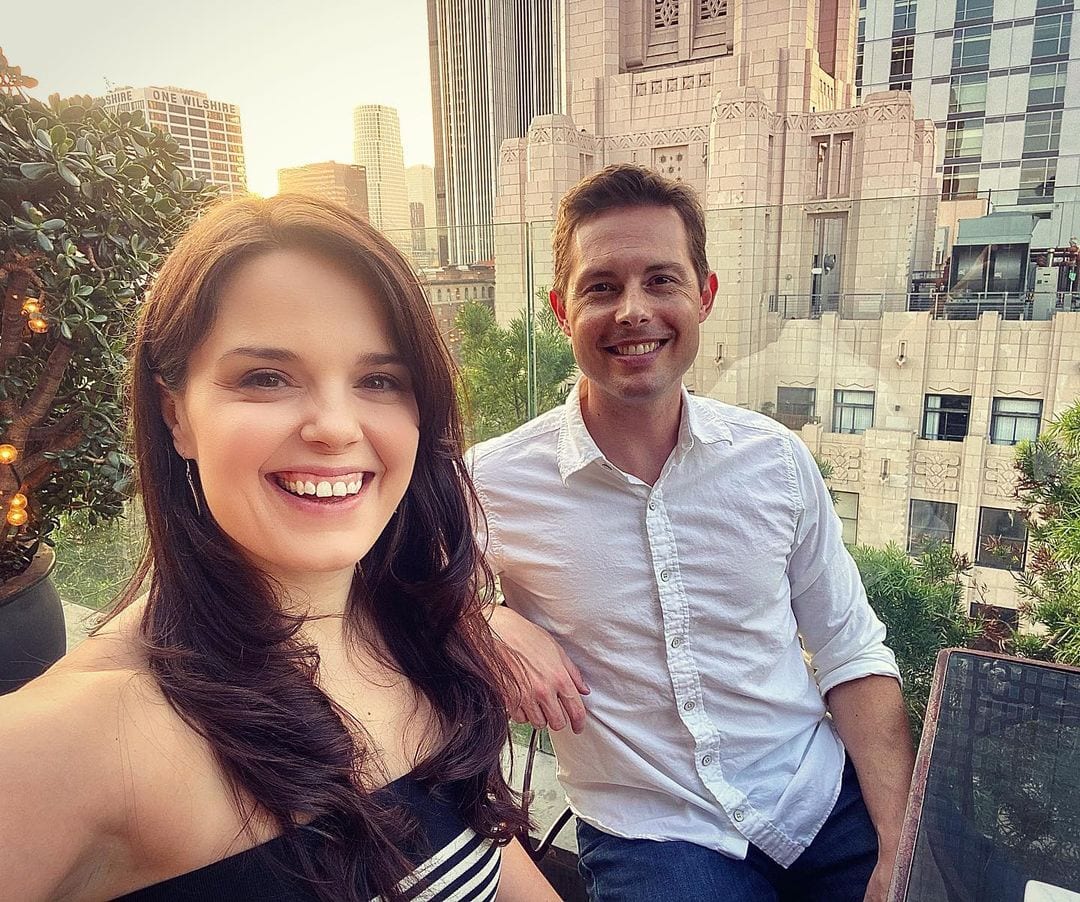 Also Read: Jack Gilinsky And Sommer Ray Are Dating: What We Know