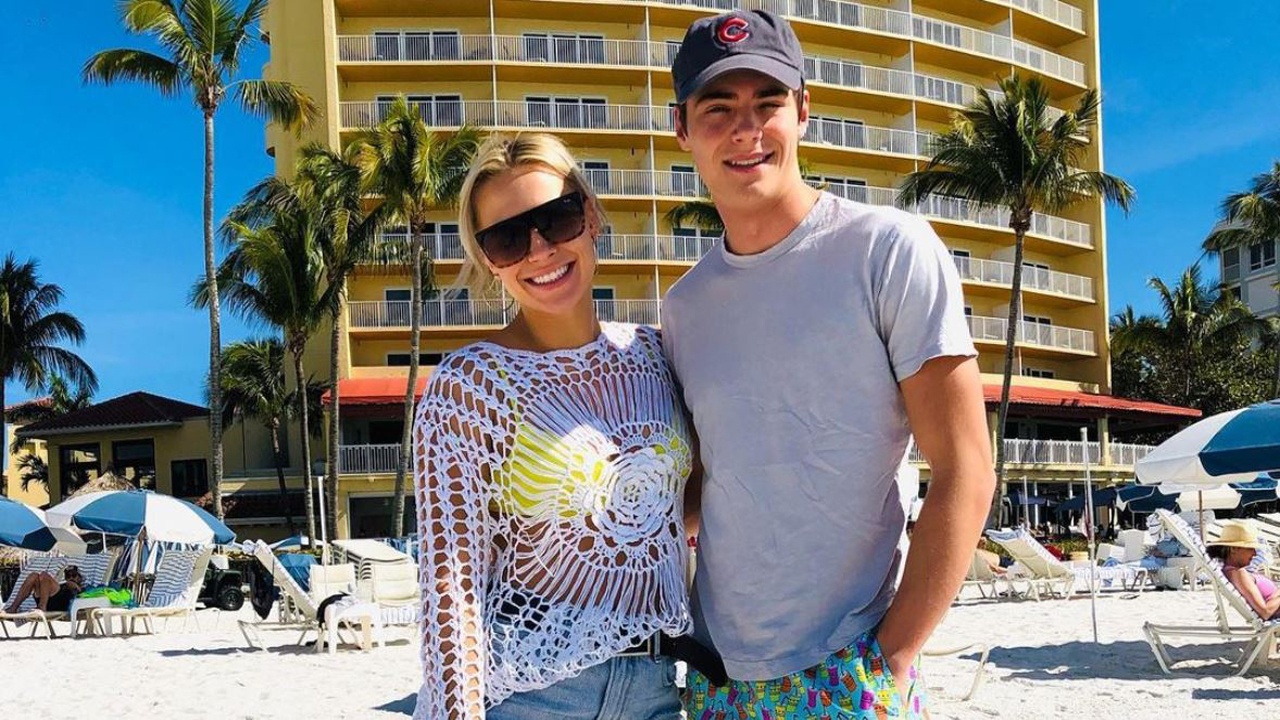 The American actor and singer Kevin Quinn were born on May 21, 1997, in Chicago. He is popular for his role as Xander in the Disney channel’s original series Bunk’d, which aired from 2015 to 2017. He also played a supporting role in Babysitting, which aired in 2016. Since his childhood, he was into Musical Theater productions at the Children’s Theater of Winnetka, which is not a popular company near his hometown.

His professional career began with Shameless, where he appeared in several of its episodes. Before getting featured in Disney, he auditioned for Season 12 of American Idol. He played characters in various theatrical dramas like Jonny in the Steppenwolf Theater production of Lord of the Flies. In the Chicago Theater adaptation of Henry V, he portrayed the role of Boy. In 2019, he played the supporting role of Danny Scanton in A Christmas Love Story and Christin Chenoweth. In 2020 he played a small role in Hubie Halloween, and in 2021, he was starred in a musical drama, A Week Away which was premiered on Netflix. The young talented actor has achieved quite an amount of success and is becoming an inspiration for all the younger people, especially teenagers. At a very less age, he has achieved the love of people. 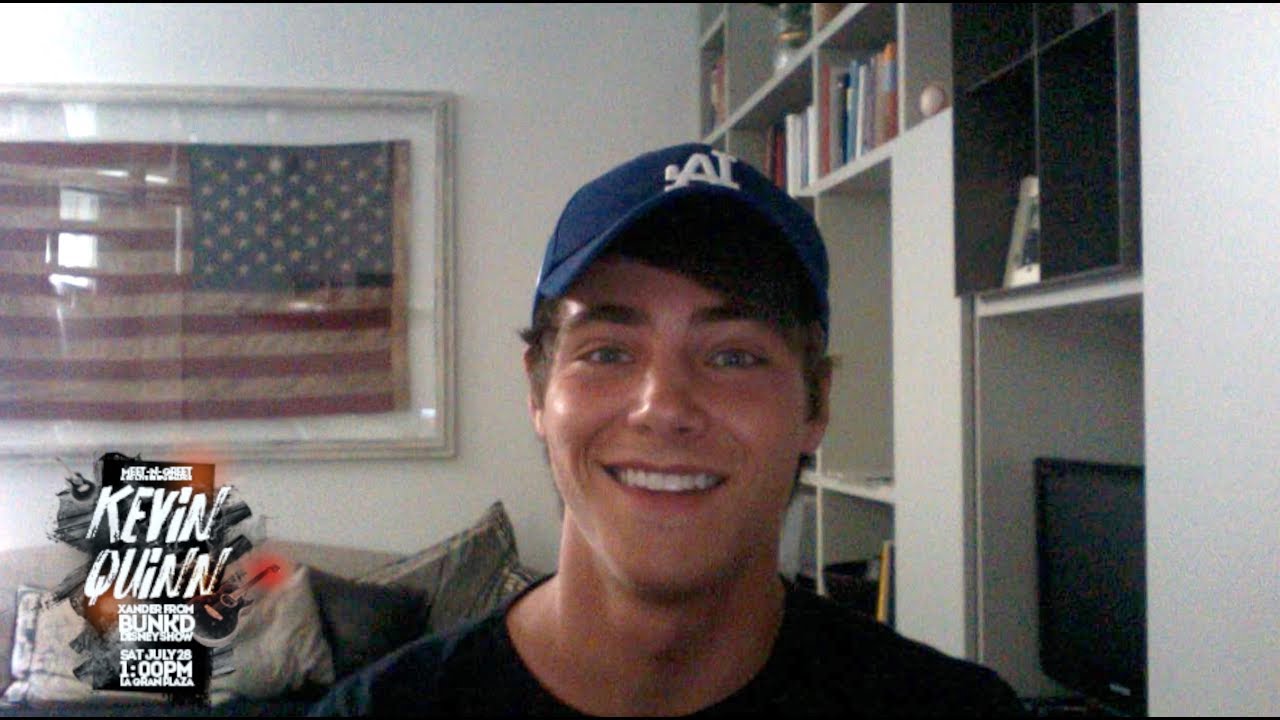 The above image is of Kevin Quinn.

Who is Kevin Quinn dating?

Kevin Quinn is currently seeing an actress, dancer, and blogger named  Kalbe Paige Isaacson in the air. They both started dating each other back in 2019 as Kevin posted their first picture together in November   2019. How the two young people met is not revealed to their fans. But it is speculated that as they started dating when ‘A Week Away ‘ was getting filmed, so it is possible that the two first met during the filming of the film. Kalbe, a professional dancer, was a crew member of the skeleton of the film’s production and is known as a dancer in the film’s production. 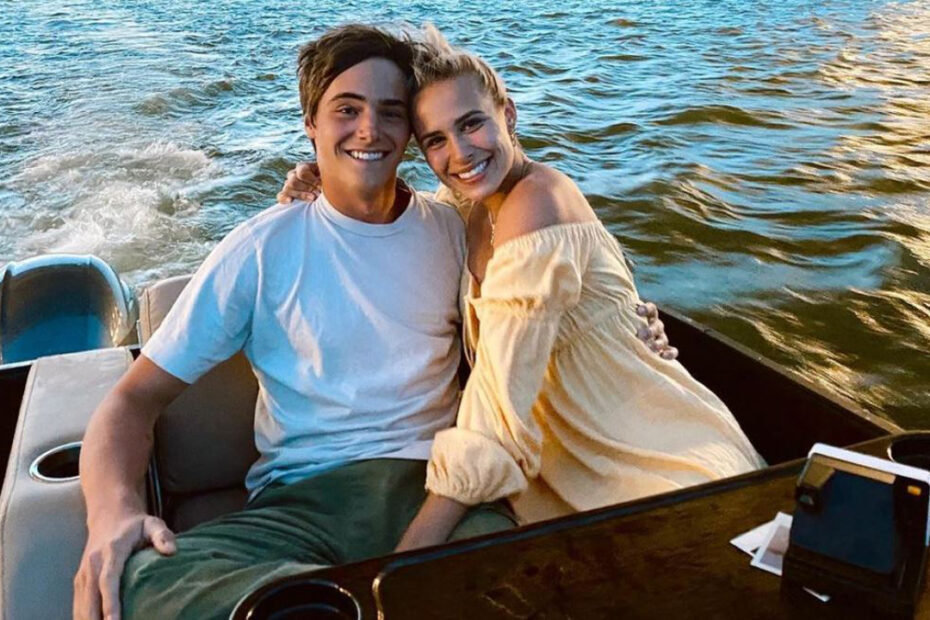 Kevin Quinn and his girlfriend.

The twenty-three-year-old actor with his great acting skills and wonderful voice has buildup quite a large female attraction, but there is someone who has caught his attraction. For more than a year, Kevin Quinn is dating Kalbe Paige Isaacson, who is professionally into acting. Both of them have just a few months of age gap between them.

The couple met when they were shooting the Netflix movie A Week Away for the first time. The rehearsals for the film began in 2019, and Kalbe was one of the dancers who was offered to perform the choreography. The production house was centered in Los Angeles. Later after few days, Kalbe’s rehearsals shifted to Nashville, where Kevin himself was training along with his instructors. The couple probably met while training, and soon they started dating each other. The couple mentioned that they officially came into the relationship on 7th November 2019. They celebrated their first anniversary a year after on the same date in 2020. Kevin also wrote a short love note dedicated to the ‘love of his life’ about the love they share. He wrote that she makes him remember what it feels like to be happy. He thanked her and said one year of extraordinary love, and he hopes for more in the years to come by. He also mentions her in the post.

It is also out that he took her to his hometown, and the couple kissed each other on a Ferris wheel. Before the pandemic hit, the duo was seen hanging out in clubs and various social events together. During quarantine, the couple stayed together and was seen wearing masks whenever they stepped outside. They seem to be a happy go couple who share a strong bond of friendship along with love. They look happiest in each other’s company.

Recently on this year’s Valentine’s Day, Kalbe posted pictures on social media stating Kevin to be her Valentine not only for one day but every day. Kevin also shared the same picture. The couple currently lives in Los Angeles.